Dance Plus has a total of 5 seasons. And now its season 6 is coming. The official news has come that the new season is going to launch in September. Dance Plus was originally released on the 26th of July 2015. Frames Production and House Pvt. Ltd. are the producers of Dance Plus. It is available in the Hindi Language. The show has one of the great and legendary dancers as Judges. Dance Plus has the best hosts. Dance Plus has a very unique way to host. It uses comedy during the hosting. Later, we will talk about the judges.

Release date of Dance Plus 6

As the fans can’t wait to know the release date of Dance Plus 6, we have something. The release date of Dance Plus season 6 is 14 September 2021. Yes, the show is going to release on Tuesday, 14 September. It is going to start from 14 September (Monday- Friday) on Disney+Hotstar. And on Star Plus, it will start from 6 November (Saturday-Sunday). It is one of the happiest things for the Dance Plus viewers. And the contestants are being ready for their performances. Previous seasons are also available on Disney+Hotstar.

Judges and Hosts of Dance Plus 6

Dance Plus is famous because it is a dance reality show. But the show is superhit because of its judges and hosts. The show judges are wonderful and legend choreographers. The host of the show is slow-mo king. Everybody is knowing Raghav Juyal is a slow-mo king and also a comedy king. His comedy on judges has made everyone laugh. His comedy is outstanding. Raghav has made everyone fall for him. Raghav is a 30-year-old Uttarakhand boy. His sense of humor is outstanding. And his dance skills are top-class. He is an inspiration to millions of dancers.

Now, let’s talk about the judges. First is Remo D’Souza. Remo D’Souza is the super judge. Remo is a great Indian choreographer, actor, and marvelous film director. He is 47 years old SouthIndian. Remo Sir has directed the movies ABCD: Any Body Can Dance, ABCD 2, Street Dancer 3D, and many others. He has done many great movies. Lizelle D’Souza is his beloved wife. Basically, Remo D’Souza judges all the teams of the captains. There will be three captains Shakti Mohan, Punit Pathak, and Salman Yusuf. All the contestants will divide into three teams and then given to each Captains. Team Shakti will be lead by Shakti Mohan. Team Punit will be lead by Punit J. Pathak, and Team Salman will be lead by Salman Yusuf.

Captains of Dance Plus 6

First Captain is Shakti Mohan. Shakti is one of the captains of the show who is judging since season 1. She has done all the season except season 5. Shakti has not done season 5 because of some personal issue. But she is back as a judge in Dance Plus season 6. She is a 35 years old Indian dancer. She has won DID(Dance India Dance) season 2. Second Captian is Punit Pathak. Punit is an amazing Indian choreographer. He was the runner-up of DID season 2. Punit is doing Dance Plus as a captain from its season 2. And he is ready to do Dance Plus season 6.

Third Captain is Salman Yusuf Khan. Salman is a great Indian dancer. He was the winner of DID season 1. He has never judged Dance Plus as captain. It is the first time Salman is one of the Captains of Dance Plus. Before Salman, Dharmesh was one of the Captains from very first season. All these dancers with Prabhu Deva and other dancers has done many dance movies like ABCD, ABCD 2, and Street Dancer. They all have great chemistry together. 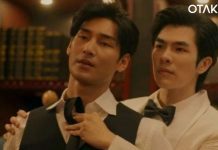