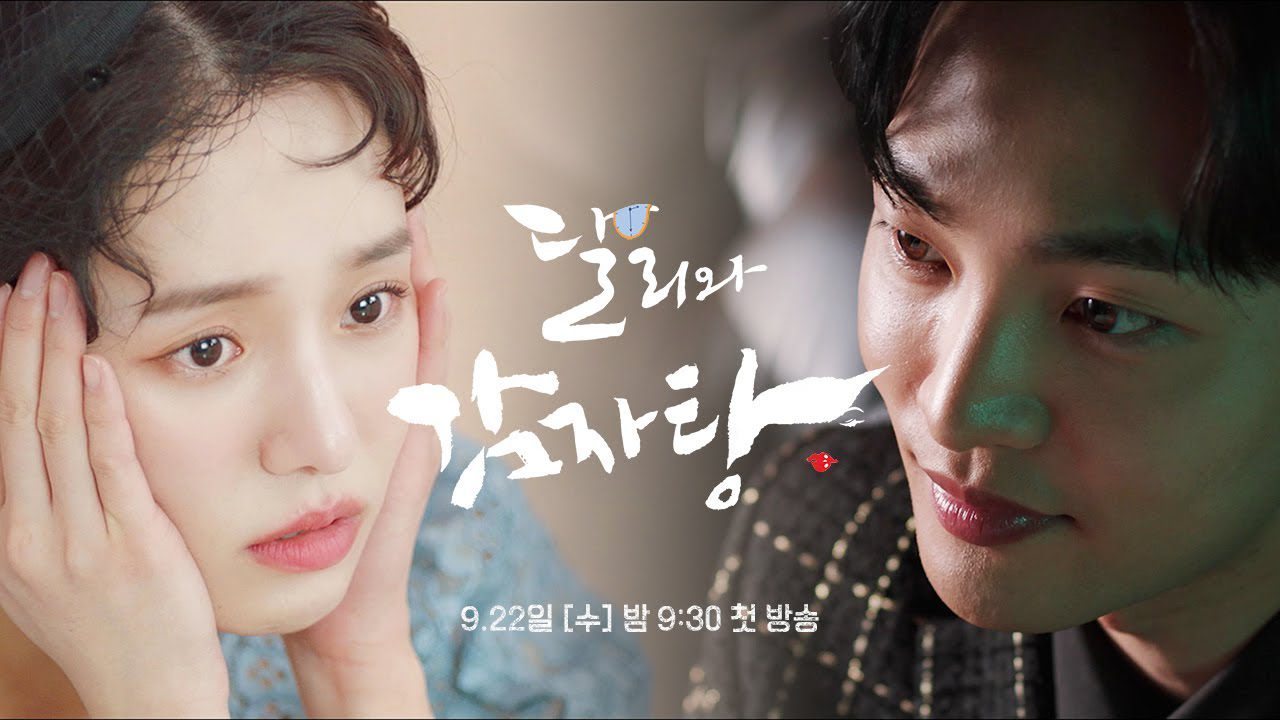 With the two new teasers of Dali and the Cocky Prince, KBS has also released the plot summary that gives a clear sight of how the k-drama will turn. The plot and the teasers perfectly match, making it easier for viewers to understand the storyline. Teasers and plot are one thing, but the cast members have also become the talk of the town. Dali and the Cocky Prince stars Kim Min Jae, Park Gyu Young, Kwon Yul, Hwang Hee, and Yeonwoo as main leads. Each cast member is known for delivering outstanding performance. Not to forget Kim Min Jae looks much better in comedy series. With the release of posters and new teasers, they are really trying to hype up viewers. But who is complaining here when Kim Min Jae and Park Gyu Young are in one drama!

Recently, KBS has dropped new teasers of Dali and the Cocky Prince on their official YouTube channel. Dali and the Cocky Prince is an upcoming rom-com k-drama broadcasting on the KBS network. The plot revolves around a poor but intelligent girl, Dal Ri, and a rich but ignorant guy Moo Hak. The drama will follow the story of how the two distinct worlds collide and learn new things about another one while slowly but surely love blooming.

Teaser Ver. 1 of Dali and the Cocky Prince is from Kim Dal Ri’s perspective. It shows how their world is completely different from another one. Whereas she values the true beauty of art, for Jin Moo Hak, money is all that matters. The teaser shows how Jin Moo Hak sniffs the bundle of money, asks to pay his money, and even compares the value of a piece of art with gamja-tangs. Kim Dal Ri calls him ignorant, crazy for money, and impatient, but in the end, she does not seem to dislike him. The teaser gives a glimpse of their romance with Jin Moo Hak saying romantically, “Until you pay back all my money you borrowed, do not get hurt at all.”

Dali and the Cocky Prince Teaser Ver. 2 is from Jin Moo Hak’s view. Once again, the teaser shows how both of them are from two different backgrounds. Whereas for Jin Moo Hak, painting is simply a picture, for Kim Dal Ri, it is a piece of art. Jin Moo Hak named her ingenious yet gullible person who knows little of the world. However, she is intelligent, fluent in various languages, unlike Jin Moo Hak, who used to come last during his school days. But it seems Dal Ri’s personality, which is different from his, attracting him. Another romantic hint gives when he shyly says, “Dal Ri is slightly different”.

The above teasers show that the drama will be the epitome of comedy perfectly balanced with romance. After all, Dali and the Cocky Prince will be Kim Min Jae’s first drama of the year 2021. He previously starred in Do You Like Brahms?, Goblin, Hit The Top, Tempted, Dr. Romantic 2, etc. As for Park Gyu Young, it will be the second drama of the year. Earlier, she acted in The Devil Judge, Sweet Home, It’s Okay to Not Ne Okay, The Nokdu Flower, etc.

When Will Dali and the Cocky Prince Release? Plot And Cast Details

Dali and the Cocky Prince will be premiered on 22 September 2021 at 9.30 pm KST on the KBS2 channel. For international fans, the k-drama will be available on Viki. Dali and the Cocky Prince is a romantic comedy story between an art director and a businessman. Sounds so sophisticated, doesn’t it? Well, it is but partly. Because of the teasers, it is for sure that we will see a lot of comedy! The story is about Kim Dal Ri (Park Gyu Young), who is smart but poor. She comes from a prestigious family background. However, her family business gets bankrupt, and now she is poor. Her father’s last wish is for her to protect the art gallery he owned. To do that, Kim Dal Ri struggles a lot.

Jin Moo Hak (Kim Min Jae) is a businessman and the creditor who comes to the art gallery to collect his money and messes with her. However, after understanding her situation, Moo Hak helps her in managing the art gallery. Jin Moo Hak is a person with no artistic value, and all he cares about is money, yet he eventually learns the beauty of art. From there, the love story between the two blossoms as they understand there is something more valuable than money which is love.

Besides Kim Min Jae and Park Gyu Young, we will also see Kwon Yul as Jang Tae Jin, who is Dal Ri’s first love and the head of the planning and coordination team. Hwang Hee as Won Tak, who is a detective from the crime squad, and also was supported by Kim Dal Ri’s father. Yeonwoo as Ahn Chak Hee is a gallerist and the daughter of an influential political figure. Another love rival we have here. From the cast and storyline, it seems the k-drama will be worthy of time to lighten your mood. Do not forget to mark the date and watch the upcoming rom-com k-drama Dali and the Cocky Prince.