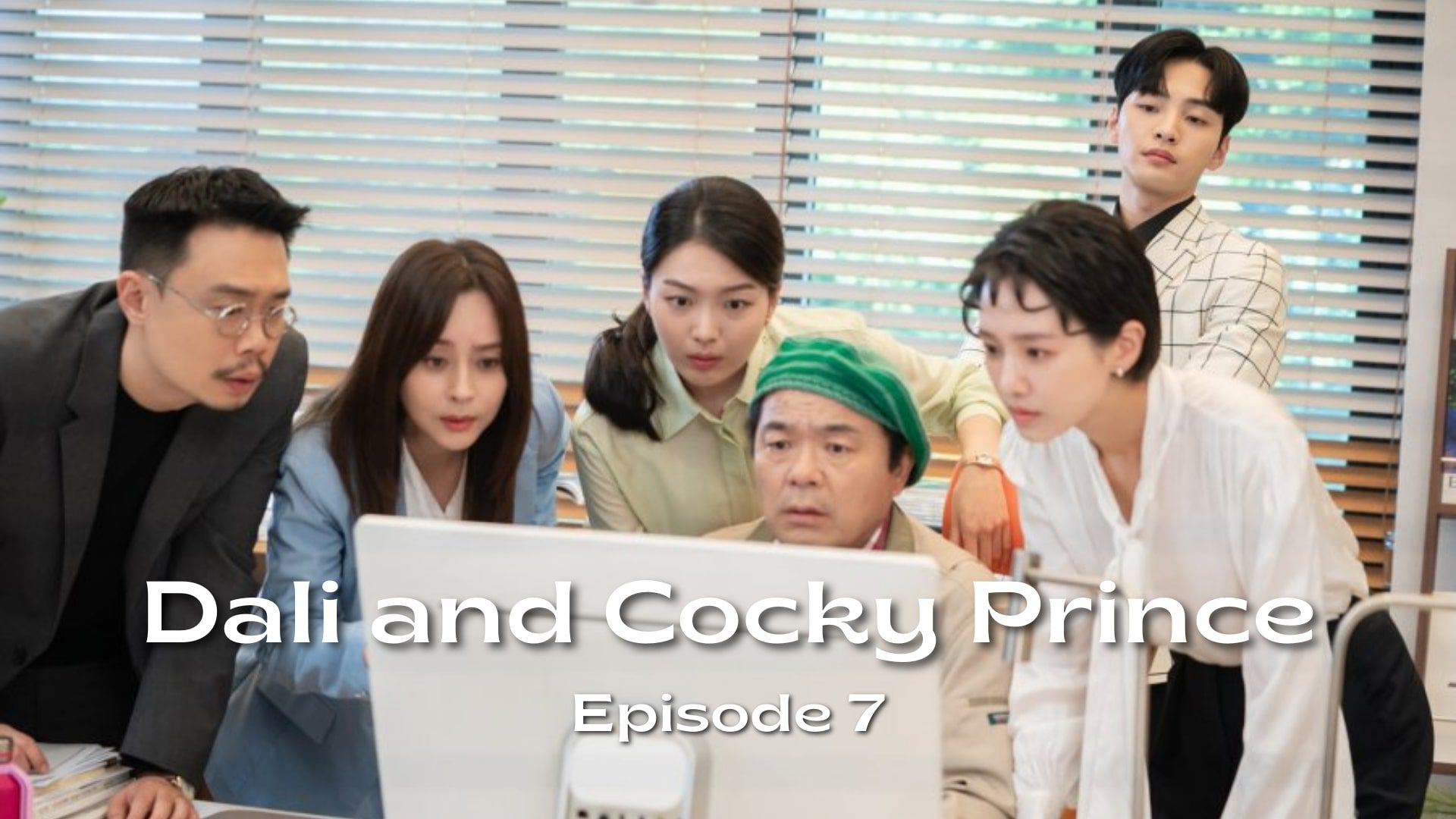 Dali and Cocky Prince Episode 7 will release upcoming week! With the story moving at a slow pace, the kdrama has also begun gaining attention. Mainly the chemistry between Kim Min Jae and Park Gyu Young is loved by fans. Each episode shows slow character development but, it seems to match perfectly with the plot. The drama is not rushing everything at once. Even though Moo Hak has fallen in love at first sight with Da Li, the storyline keeps it on a slow track. It is making viewers tangle in sweet slow-burn romance.

The latest episode shows how Moo Hak and Da Li going through a roller coaster ride. One time they are on the good side, laughing, helping each other, and the next moment, there is a drift between them. But that is the charm of slow-burn romance. Da Li clears Cheonsong’s name with Tae Jin’s helps. Moo Hak gets worked up knowing Da Li’s injuries. This time Moo Hak himself brings trouble by throwing waste pieces that are actually art pieces. He misunderstands them as garbage and throws them out. That causes another problem as the artist refuses to be part of the exhibition. By the ending, Da Li trembles in fear after encountering the robber who hit her and stole her money. However, Moo Hak’s presence changes the whole scene. Dali and Cocky Prince Episode 7 will enlighten more about this matter.

What Happened In Dali And Cocky Prince Episode 6?

Episode 6 begins from where the last episode ended. Moo Hak gets angry and worked up seeing Da Li’s wounds. Still, he names his worries are because of his debt. At the same time, Tae Jin hears their conversation. Da Li decides to step up and use this as an opportunity to clear Cheonsong gallery’s rumors. Tae Jin meets her. However, seeing Da Li getting hurt, he helps her. The gallery conducts a press conference regarding their upcoming art exhibition. But during the press conference, all reporters ask about her scandal. With Tae Jin’s help, Da Li leaks the CCTV footage of her entering the motel and getting beaten. That clears her name but, the brutal world knows no limit. 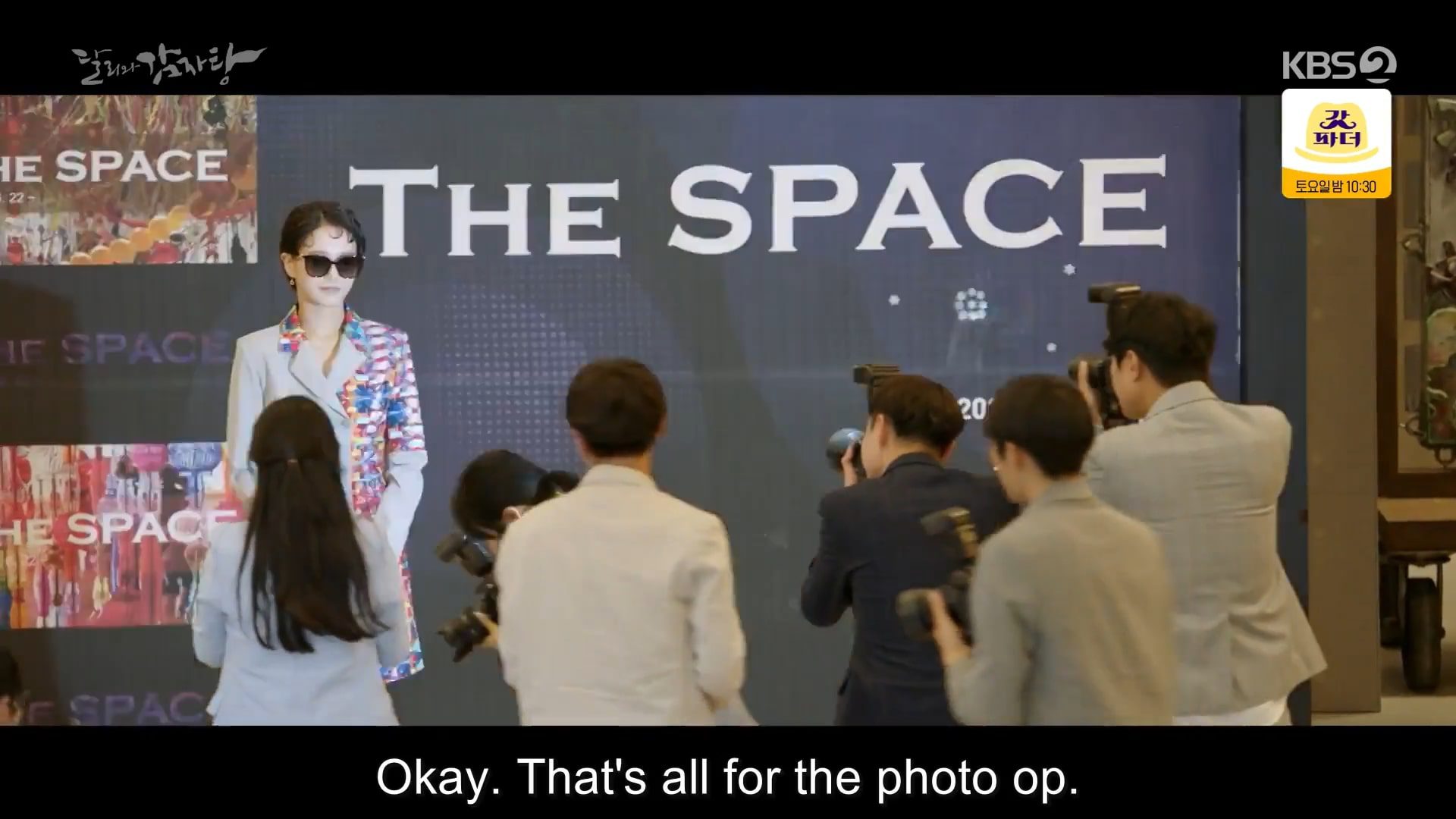 Even though her getting hit video gets leaked, everyone only cares about her clothing, fashion, and whatnot. It was Tae Jin who helped her shop trendsetting fashion accessories that led her to gain attention. However, Moo Hak seems different. As soon as he sees Da Li getting beaten till losing her consciousness, his blood boils. After analyzing the situation, Moo Hak understands that someone is behind all of those scandals and rumors. Someone who wants to take down Cheonsong gallery. It turns out to be true in the next scene. Ki Chul meets politician Mr. Ahn, who is also Chak Hee’s father. Dali and Cocky Prince Episode 7 will show more about the connection between Da Li’s father and Mr. Ahn.

Ki Chuk and Mr. Ahn talk about the green belt but, Mr. Ahn immediately closes off the topic. At the moment, he receives a call from Shi Hyeong, Da Li’s cousin. They both seem to join hands and work together mainly for Cheonsong’s downfall. They are searching for something but have not found it yet. It must be related to the green belt project. Later, Ki Chul asks for more money from his father, which he eventually decides to give, without Moo Hak’s knowledge. For sure, Ki Chul is going to cause problems in the future. The episode also shows an adorable scene between Moo Hak and Da Li where he messages Da Li I Like You by mistake.

Moo Hak has not noticed that Da Li is staying with Won Tak, which is practically above his house. By the ending, we see the gallery staff get into another problem as their art objects disappear. It turns out that it was Moo Hak who cleaned up the whole space. He mistook the art pieces as garbage. The artist hears his foolish talk about the art object and decides to withdraw from the exhibition. It creates another misunderstanding between Moo Hak and Da Li. Later, she receives a call from the police station that they have found the robber. Moo Hak stays with her, and when the robber talks rubbish about her, Moo Hak punches him. However, Da Li stops him, ending the episode with a sweet cliché back hug scene. The upcoming Dali and Cocky Prince Episode 7 will show more romance bubbles between the two. 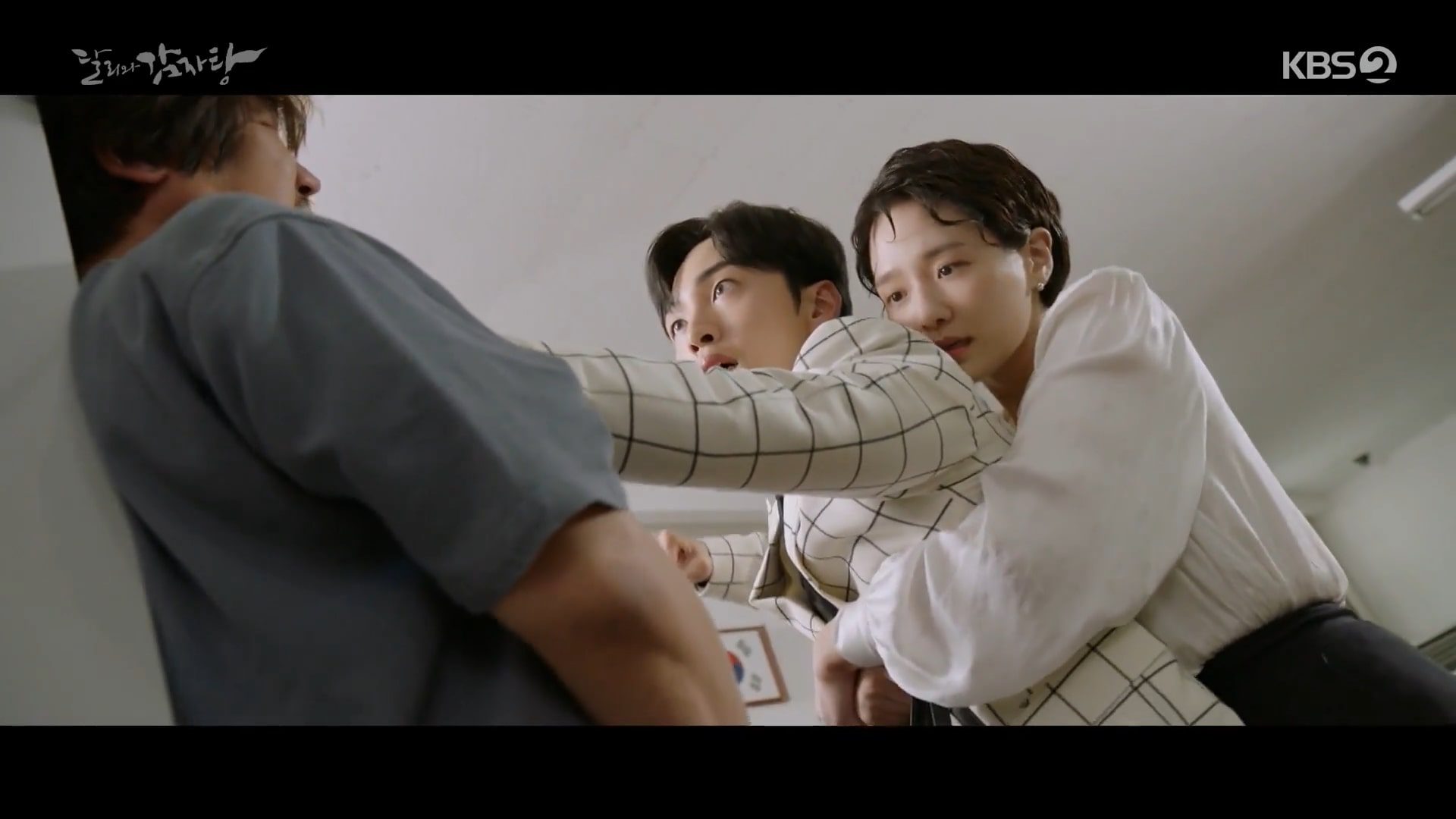 Dali and Cocky Prince Episode 7 will be released on 13 October 2021 at 9.30 pm KST on the KBS2 channel. The drama has almost reached its half journey. Its first episode was released on 22 September 2021. Since it is scheduled for 16 episodes, it will conclude on 11 November 2021. So Far, six episodes of the kdrama have been released. Every new episode of Dali and Cocky Prince drops twice a week on Wednesday and Thursday. The episodes’ running timing is 60-70 min.

Viewers from South Korea can watch Dali and Cocky Prince Episode 7 on the KBS2 network at 9.30 pm KST. International fans do not have to worry because Dali and Cocky Prince is available on Viki and Kocowa with English Subtitles. Viki also proves their mobile application for better and easy access. However, remember that Kocowa is only accessible in South and North America. 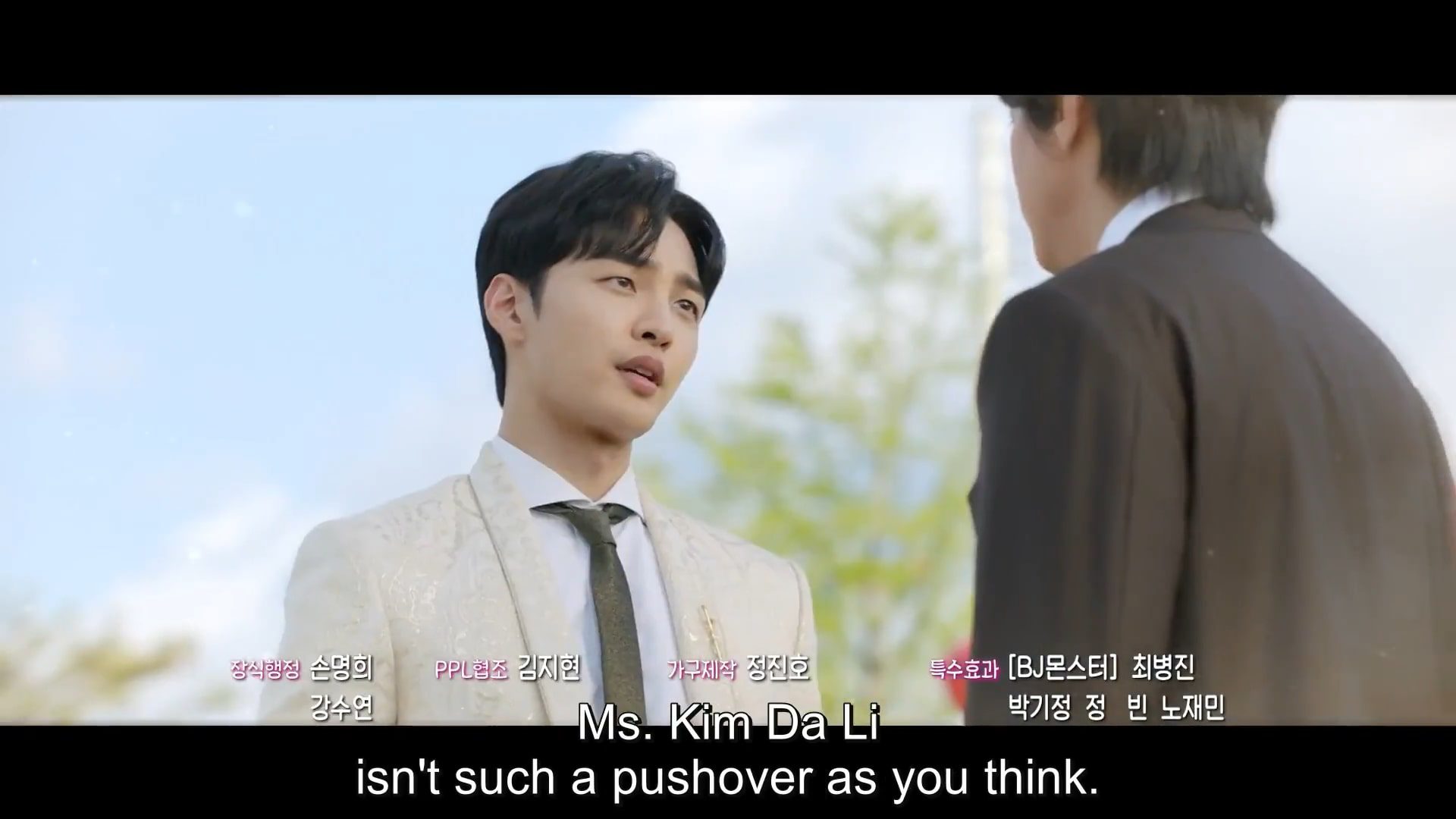 Preview of Dali and Cocky Prince Episode 7 is already out! The next episode is going to show us different sides of Da Li. She fights against the abuser who stole her money. That will lead to Da Li, Won Tak, and Moo Hak meeting each other. It is not revealed yet whether Moo Hak will find out about Da Li staying at Won Tak’s room. Also, the exhibition will take place. For that, Moo Hak will go out of his way to convince the artist to join the exhibition. During the party, all four cast members will cross paths. Whereas Da Li will see Moo Hak and Chak Hee together, Moo Hak will burn in jealousy due to Da Li and Tae Jin’s closeness. Another episode full of comedy, romance, and adorable jealousy is coming on the way! Therefore, do not forget to mark the date and watch Dali and Cocky Prince Episode 7.