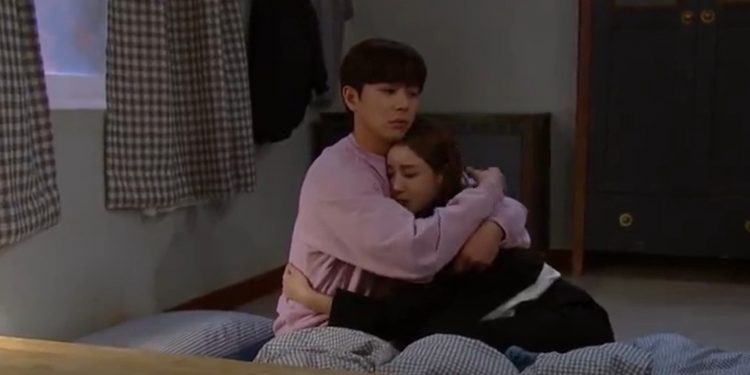 ‘Young Lady and Gentleman’ Episode 28 is coming out this Sunday and there might be a lot of screaming once again! While Young Guk has confronted Sa Ra about how she made a fool out of him. While Sa Ra thought she would seduce Young Guk. Her plan backfired as drinking wine caused Young Guk to get another flashback. While Sa Ra won’t be coming back to the family for sure. Dae Ran is regretting playing a part in it. As if Se Ryeon wasn’t enough of a headache for her, Dae Ran has some serious problems coming her way.

Se Jong and Se Chan have taken it in their hands now to help Young Guk and Dan Dan get together. While on the other side, Se Ryeon has gone downhill again. As she got Young Guk to agree with her marry Dae Beom.  Going straight to her mother’s room, Se Ryeon told Dae Ran that she was going to marry Dae Beom. She doesn’t need her blessing or approval, and she told her that it’s only Dae Beom that she’ll marry. The mother and daughter got into a fight over Dae Beom once again. Se Ryeon went on to threaten her mother about her shares. Hearing her mother asking for all her shares, she agreed to give Dae Ran half her shares. So she could live with Dae Beom with peace. Sa Ra entered the mess and held Dae Ran as she cried over her daughter.

Dae Beom had been roaming in the city, distributing the pamphlets along with his father. Helping his father out and trying to make it up to his family for all the times he had missed. And the family has rebranded the restaurant and hoping that their business will do good from now. As his family came back home, they saw dinner set up on the table and Se Ryeon waiting for them. Soo Cheol went on to talk to Se Ryeon alone, asking her what is she doing—reminding her of the last night when her mother threw money at them. But Se Ryeon told him that her mother had finally given her approval.

But Soo Cheol told her that they couldn’t marry after all the mess that had been made. Calling Dae Beom in, he told his son that he would disown him if he married Se Ryeon. As she asked his mother and grandmother for help, Yeon Sil told her that they couldn’t do anything either and told Dae Beom to drop her back home. Getting back home, Se Ryeon tried to bring her mother to Dae Beom’s house. As his grandmother told her that if her mother apologized, they might think about it. While Dae Ran refused to go with her, Se Ryeon begged her to come for the sake of her happiness.

‘Young Lady and Gentleman’ Episode 28 Release Date & What Might Happen?

‘Young Lady and Gentleman’ Episode 28 will release on December 26, 2021. Disappointed, Dae Ran couldn’t believe the path her daughter was on and told her not to face her. Having nowhere else to go, she went back to Dae Beom’s house and hugged him when he was sleeping. As he woke up and asked about what she was doing here, she told him about what had happened. While Young Guk and Dan Dan are getting together and the kids have no problem with it. On the other side, Cha Gun is back on his task of protecting Sa Ra once again, as Sang Goo keeps harassing her. While Anna Kim is doing her best to make most of her time, she’s trying to spend her time with Dan Dan and making up to Soo Cheol for all the things she has done in the past.

Where To Watch Young Lady and Gentleman?

‘Young Lady and Gentleman’ Episode 28 will be available to watch on streaming platforms like Rakuten Viki and Viu.

Also Read: Will The Feud Between Hae Ran and Seon Hwa Continue In ‘The Second Husband’ Episode 90?

Who Will Be The New Guests On The ‘House On Wheels 3’ Episode 10?