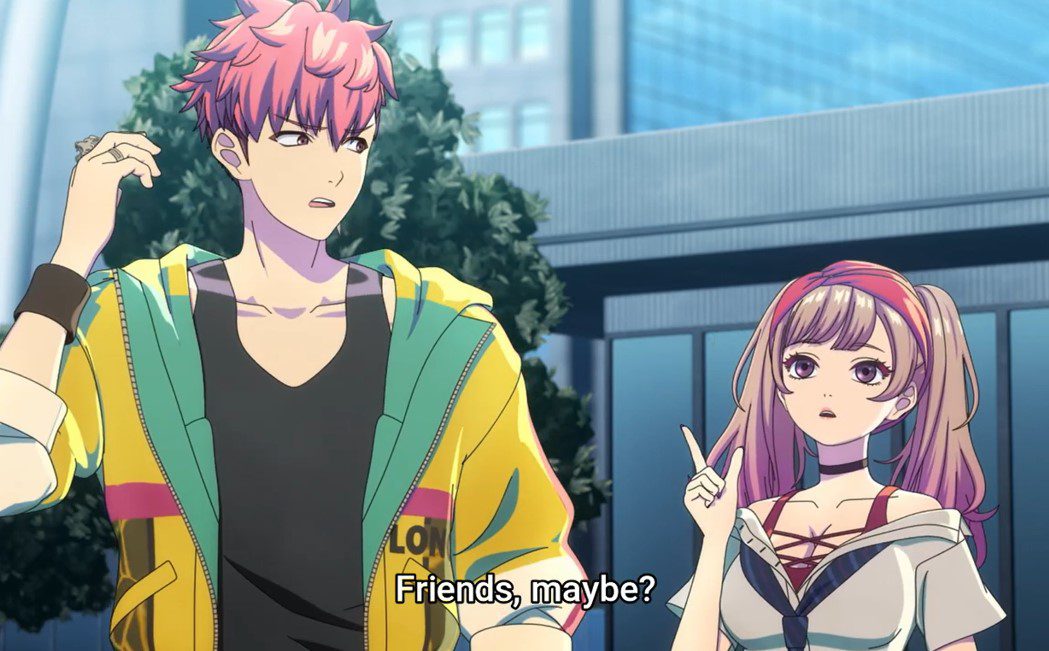 The episode begins with Ryuhei venting his anger by punching the fence. Jessica told him to curse all he wants, but it changes nothing since they failed to protect Kazuha. Ryuhei realizes that they witnessed Kazuya getting shot at her forehead, and it was too late to save her. Rena asks Aruto if he has any leads about the Church and Aruto said no. Jessica reveals that they had something in their hands since the enemies are powerful enough to hire expert snipers. Aruto wonders if the guy is a Special Forces, either Russian or American.

Ryuhei comments that Kazuha said that guy was s hybrid and asked what hybrid is. Jessica said hybrid is the offspring of two different species. But the mother gave birth to something non-human, and that is what the crew is fighting. In the morning, Rando and a girl travel through Shibuya, and the girl wonders if there is a festival. Rando told the girl that Shibuya is always lively. Eru is impressed after looking at the tollest building of Shibuya. Rando reminds Eru of their mission and that they have to see Tris.

Rando and Eru decided to relax at the park since Eru begins to feel dizzy. Rando leans on her and asks her if she is feeling okay. Ryuhei arrives and spots the two from a distance, wondering if he has seen them somewhere. Rena joins Ryuhei and comments that the two don’t look like a couple or they might be friends. Ryuhei told Rena that he is talking about where he has seen those two, but he can’t remember. The sound of the portal opening reaches their ears, and they decided to go to the scene. Ryuhei and Rena arrive at the location and travel to another world using the orange portal.

Ryuhei made a signature move of Knocker-Up to summons their powers. Inside the otherworld, the two battle with monstrous human-eating hands and block their path from reaching Shibuya. Ryuhei saw a boy under the control of the monsters and told the boy not to listen to the demons. Eru and Rando arrives and defeats the boss. They both return to Shibuya and talk with the boy they saved from another world. Eru wonders if the boy is okay. Rando checks the boy and comments that his astral body didn’t get stolen.

The crew is glad that they arrived in time before the monsters took over his body. Ryuhei told the two that he has met with them before. Rando asks where they met, and Ryuhei reminds them about Traumerei. They both remember that they met during the first battle. Eru realizes that Ryuhei failed at fleeing and suddenly awakened as a Knocker-Up. They both exchange greetings, and Rando thanks them for helping defeat the Weird. They befriend each other and met with Tris, who talked about the Evil Ones. Ryuhei and the crew fought with the other creatures and defeated them.

Where To Watch D_Cide Traumerei The Animation Episode 8

Where Was Hercules Filmed: All About It’s Location

Are Alex McCord and Simon Van Kempen Still Together?