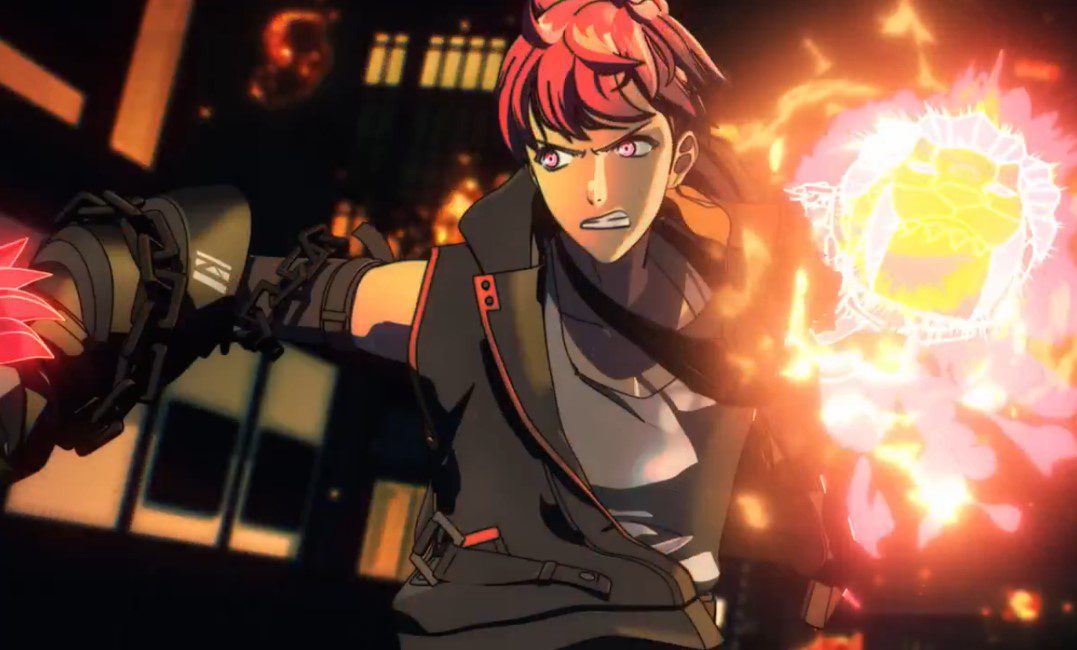 D_Cide Traumerei The Animation Episode 7 will air online within few days. The recent episode before this one was released a few days ago. We will be looking at the upcoming release of the new episode of this anime. Ryuuhei and his friends continue to solve the mystery behind the Wierd and other monstrous creatures. They have discovered about an organization that posses people using their marks on the forehead. The episode begins with heavy rain where the family of three is getting chased by a villain. The mother couldn’t keep up and told the father to run away with the daughter.

After looking at his face, the father told her to escape, realizing that he means business. The villains chased the parents, and the daughter managed to hide. The daughter heard a gun shout and the sound of the blade slashing something and realizes that her parents got killed. Few years have passed after the girl lost her parents to the villains. In the morning, a 3D monster emerged in the middle of the city and wanted to devour humans. Ryuuhei arrives in time and punishes the beast with a single blow.

Rena, Ibusaki, Aruto, and Jessica join the battle and burns the 3D beast to ashes. After an explosion, they notice a guy with a symbol on his forehead, realizing this is this week’s third one. Jessica comments that the Church must have upped distribution of the ”Somnium Drops.” Tris adds that they are speeding things up and trying to revive the ”Evil Ones.” Rena realizes that she saw a green-haired girl during the battle that seems lost and wonders where she has vanished.

Rena looked behind and noticed that the girl is watching them, but she ran away. They look for the girl, and Ryuuhei thinks that Rena imagines things. Rena replies that she saw the girl, and the girl seems to know them better. Jessica wonders if her memories of Desaria didn’t disappear; the crew thinks that Rena imagines things, and she scolds Ryuuhei for pulling her leg. Later Rena saw that girl alone and realizes that she has to confront her. But Ryuhei bumps with the girl and asks her to talk with him.

Rena arrives, and Ryuhei asks if she is sure that this is the girl. Tris appears and comments that the girl doesn’t look like a potential Knocker-Up. But something seems fishy, and she asks her if she has something to do with the Church. Rena told the girl to open up since their not enemies. The girl narrates the story of her parents and how she is related to the Church. Later the crew arrest the suspect and interrogate him, and the villains that chased the girl at her young age begin to attack. The group fought with them and defeated them, but another powerful enemy emerged at the HQ.

Where To Watch D_Cide Traumerei The Animation Episode 7?