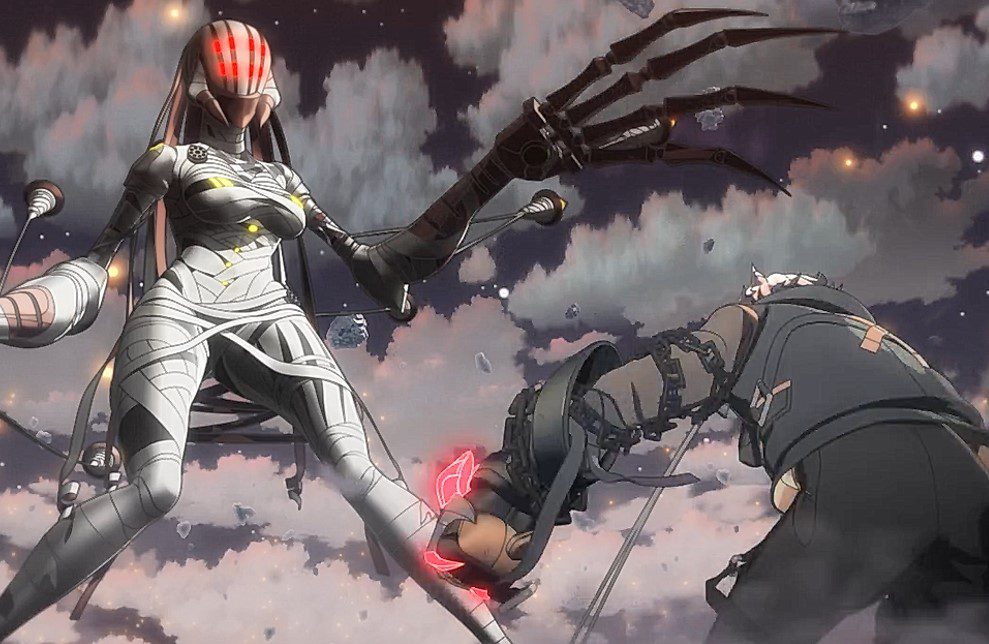 The Wierd vs. The Knocker-Up begins with D_Cide Traumerei the Animation Episode 11 with Ryuhei leading his screw to smash the hand-monster-eating humans. From the recent D_Cide Traumerei the Animation episode, The Knocker-Up has recently solved another mystery and ruins the plans of the Wierd. The next day Ryuhei finds a letter in his locker and asks Ibusaki and Rena if it is what he is thinking. Ibusaki wonders if this is a love letter. Ryuhei jumps and shouts that his love life has begun, and there is no question about it. They head out and meet with the likes of Jessica and Aruto.

Ryuhei feels like he is on cloud nine and embraces that note since he believes a hottie has sent him a wonderful love message. Aruto wonders if Ryuhei is crazy since he has never read that letter and the envelope color is white with no love symbols. Ryuhei comments that there are many hotties out there who can see that he is a handsome guy. Rena remarks that there is no way he can call that face handsome. Ryuhei replies that it is hard being famous. Aruto is annoyed that Ryuei is taking time to read it, and everything will get cleared.

Ryuhei asks Aruto if he is jealous, and Aruto asks who sends letters these days. He teases Rena that the one who sent it is not a lady like her. Rena grabs that note and begins to read it. Ryuhei grabbed it and told them that the lady had forgotten to write her name on it. He decided to leave and told them that he would work on his manline. The crew wants to know if it is true that it was a love letter.

The trio can’t believe that Ryuhei is in love and who the girl is. Ryuhei goes to the gym and begins to prepare himself for meeting with the lady. He realizes that he has to be in his best form, and his shape should attack the lady the moment she sees him. Ryuhei comments that he doesn’t care that she has bad handwriting and is forgetful since she didn’t write her name on it. She can be tall, long, or have short hair; he doesn’t care. Ryuhei realizes that looks don’t matter, but she tells him that she loves him and is the most important thing.

Rena and Ibusaki went out and enjoyed licking ice cream while doing social media. They saw a couple embracing each other, and Ibusaki brought the matter of Shoujo Manga. Rena asks her if she has realized that they will meet the one and fall in love when they reach high school. Ibusaki comments that she is worried about what she would do if a cool guy told her he liked her. Rena realizes that her life didn’t turn out like those Shoujo Manga where a boy comes and confesses to her since no boy has ever recognized her.

The next day at school, Ryuhei opened his locker and found another letter. Ryuhei wonders if this is a miracle she, the mysterious girl, keeps on sending love letters. He went to the class and read that letter, and Rena heard him. The girl asks Ryuhei if he wants to meet after school. The location is Miyashita Park, and Ryuhei decided to head there and find a boy who sent him a letter. But they settle the matter and save that boy from a monster.

Where To Watch D_Cide Traumerei The Animation Episode 11