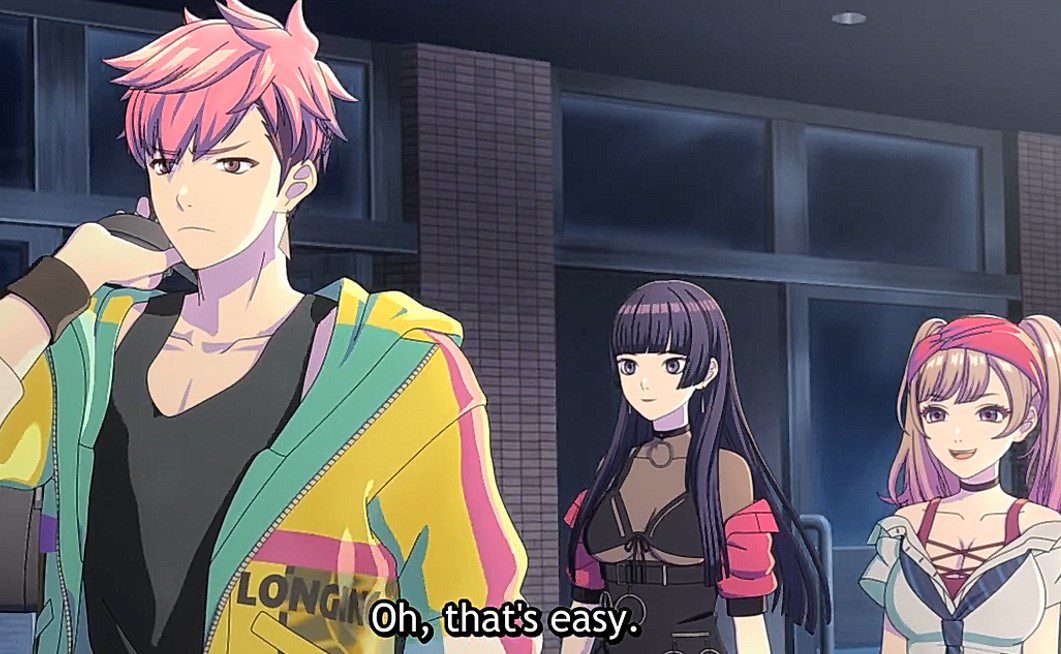 The Wierd revival starts with D_Cide Traumerei: the Animation, Episode 10 with Ryuhei and the rest of Knocker-Up trying to eliminate the villain that wants to reincarnate the Wierd. This anime reveals the mystery behind the hidden world where the Konker-Up closes the path for the monster to invade the Earth. This will be released this coming Saturday. From the recent episode of D_Cide Traumerei the Animation, Ryuhei, Rando, and Eri are stuck inside the elevator while the other Knocker-Up battles with monsters. The girls defeated the monsters, and when the trio arrives, they find that the party is over.

The next day at school, Ryuhei gets boarded when the teacher talked about graduation and what they will do after that. After school, Ryuhei told Ibusaki and Rena that he instead go pro as a kickboxer and make tons of money as an MMA fighter than thinking about what will happen after graduation. Ibusaki replies that he can become a live streamer if he wants to make money, and it is a better option. But there is nothing wrong with martial arts, and the career ends suddenly the moment you get hurt. Rena talked about going to Tokyo University.

The trio head home, and in the morning, Ryuhei arrives late at school. He met with Murase talking about a weird dream that a lady with a huge chest was trying to hit on him. Murase replies that it was a wet dream, and he can’t believe that a guy like Ryuhei is still struggling with that. Ryuhei explained the great part of the dream and how the lady treated him. Rena gets bored by his story and pulls him with hears while telling him to stop.

Rena can’t believe that Ryuhei is talking about romantic dreams in front of girls. She told Murase to stop encouraging him on that matter. Murase replies that he is curious to hear how the dream ends. Ibusaki comments that the two will get sentenced without trial to five hundred years in jail. The crew wonders why it is evening since they had arrived a moment ago. Ibusaki wonder wonders why they couldn’t notice that until now. Their uniform changes and their eyes turn pink. Ryuhei wonders why they have transformed at school. They wonders if the Traumerei did this and Ibusaki notice that Murase is working like an NPC in a game.

This Murase standing in front of them is an empty charter is a story. Ryuhei wonders if the Dreamer is around somewhere. They begin to feel sleepy when a guy sitting on a bench clicks the pen. The trio collapse and sleeps but Murase remain standing. On the other side, Jessica, Tris, and Aruto spot the whereabouts of Traumerei. Aruto realizes that is where the school where Ryuhei and the girls attend. Jessica realizes that the three of them might be on it. She asks Aruto why he is not at school.

Aruto replies that the Traumerei appeared and he can’t go to school. Jessica reminds Aruto that he is playing hockey, and every citizen is required to attend elementary school. They both head to the entrance of the school and saw security at the gate. Jessica realizes that the guard won’t let them in, and they must use another entry. Ryuhei and the girls wake up and confront the guy sitting on the bench. Rena finds that Sakawa is the Dreamer, and they battled with the monster, but Sakawa died since he got cursed.

Where To Watch D_Cide Traumerei The Animation Episode 10