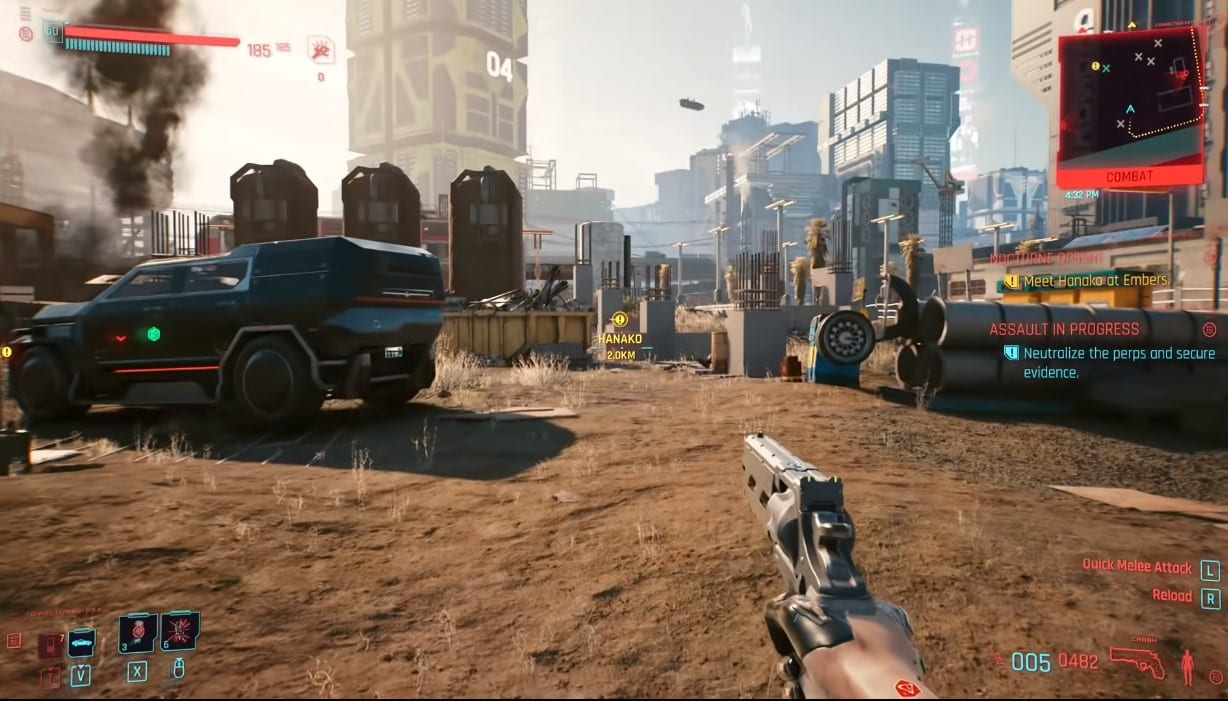 Cyberpunk 2077 makes a comeback to Sony’s latest video game consoles via the PlayStation Store on the PlayStation 4 and PlayStation 5 by featuring a sharp price drop and with many recommendations. Additionally, back on June 15, 2021, the PlayStore made the announcement that the coveted and well-criticized —and acclaimed— the title will be back on the digital shelves after many tweaks and edits from a developer team who almost bungled its release, all with mixed reception and criticism.

If you want to read the short version: Yes, you can buy Cyberpunk 2077 from the PlayStation PlayStore right now. But you won’t be able to play it right away. No Sir. For that, you’re going to have to wait. Polish developer CD Projekt Red had to cave in and redo many bugs, glitches, and problems in order to make the hardware-demanding and resource-intensive futurist sci-fi first-person shooter a playable game on the newest generation console by Sony. And that was a major bungle and flop.

Cyberpunk 2077 is available right now on the PlayStation PlayStore for the price of 50 euros. And this is a start contrast to its PC-master race counterpart. The same game for PC, master-race players, is available for 70 euros at the Windows Microsoft Store. According to the poles who developed this first-person shooter, this game has many problems, many of which are still under development —despite the fact that that game went public more than six months ago— for the PlayStation 4. Additionally, CD Projekt Red claims that for best gameplay experiences, we should play this game on the PS4 Pro or the PS5.

As for the roadmap for CD Projekt Red, this 2021 isn’t clear at all. Cyberpunk 2077’s developers haven’t released any intel regarding their roadmap, limiting themselves to appeasing the hungry crowds to just sit and wait. But there’s more because sometime this year, CD Projekt Red plans to launch DLC content as well as the updates for Xbox Series and PS5. Every major update tried to fix the massive crash rate within the game as well as other bugs. There’s simply no enough intel out there.

If you go to Cyberpunk’s website, the single infographic available on the roadmap is a concept map with no dates. And as it seems, CD Projekt Red won’t tell the public about all the good things that are supposed to happen this year with the title. As it turns out, they only list glitches and bug fixes; the downloadable content seems as though it will get pushed to sometime next year. Also, the major disappointment lies in the timeline of this game’s return to the PlayStation store. 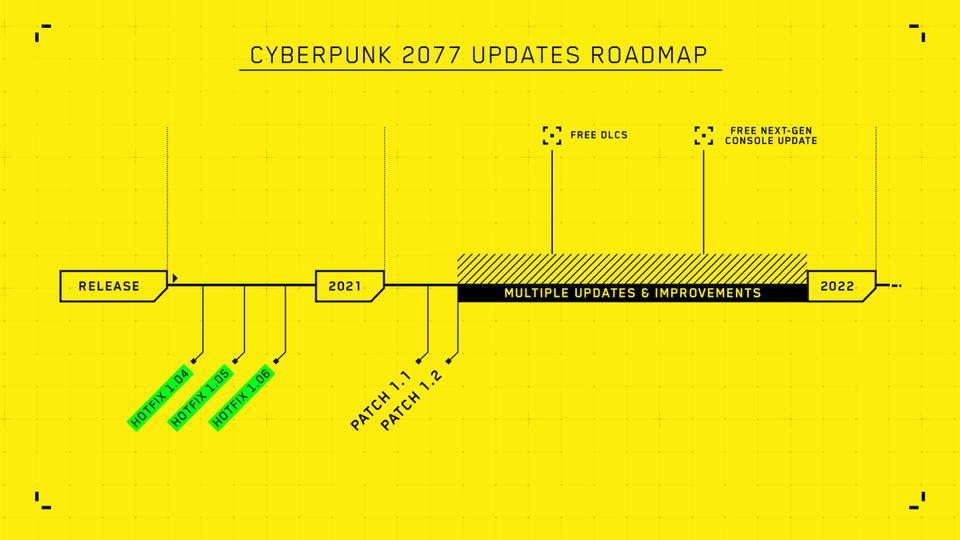 According to PlayStation’s official Twitter handle, the game is now available in the store. But work on the PS4 version continues its implementation. So we can expect everything to be fixed, nitty, gritty, and tidy as this 2021 goes along. Who would have thought that the makers of “The Witcher” would have to go to these lengths to come up with a game that should have been available long ago? On that point, it’s rather dull and unacceptable that all these delays and flops are the result of programmed obsolescence of the videogame consoles.

Cyberpunk 2077 is now available at PlayStation Store. Work on the PS4 version continues, with fixes and updates to be released throughout the year: https://t.co/XWCfOEQrLS For the best experience on PlayStation, playing on PS4 Pro or PS5 consoles is recommended.

How did it take CD Projekt Red seven whole years to develop this title? And while the gameplay, history, and story arcs are great. The developers caved into programmed obsolescence and had the release crash loudly. In that order, the developers committed to releasing a roadmap that encompasses patches, hotfixes, and multiple updates and improvements. All this to a game that promised a lot to its fan base and failed to deliver in regards to performance.

In order for us to analyze this issue, we must travel back in time in Doc Brown’s DeLorean to get to the root of this. One week after Cyberpunk’s initial launch, many problems arose in the 1.0 version. And Sony PlayStation was adamant in their decision: They pulled the plug on the game and pulled it from the PlayStore. The manufacturer told its customers that they would grant them a refund and the whole internet gaming community went bonkers.

The criticism of the game lies not for its content but for the fact that it ran poorly on older consoles like the Xbox One and the PlayStation 4. On that point, things got worse for developer CD Projekt Red because in early January this year, the Polish Office of Customer Protection, a national regulator agency, opened up a probe on the studio for the troubled launch of the game in consoles. That government office has the power to fine CD Projekt Red with up to 10% of their annual revenue. A clear message of “don’t mess with polish gamers”, huh?

Cyberpunk 2077’s developers argue that the sheer size of the game and the intricacies related to it make it uphill for them to adapt the contents of their seven-year-long production to older consoles. So basically, what that studio does is update the game for the PC while PlayStation gamers watch the paint dry. And put up with constant excuses from a developer team that should have been done with that game in October 2020. In conclusion, this game’s roadmap, hidden from the public due to CD Projekt Red’s sheer irresponsibility and lack of accountability, a feat that caused them to face even legal action. We just have to wait and see.