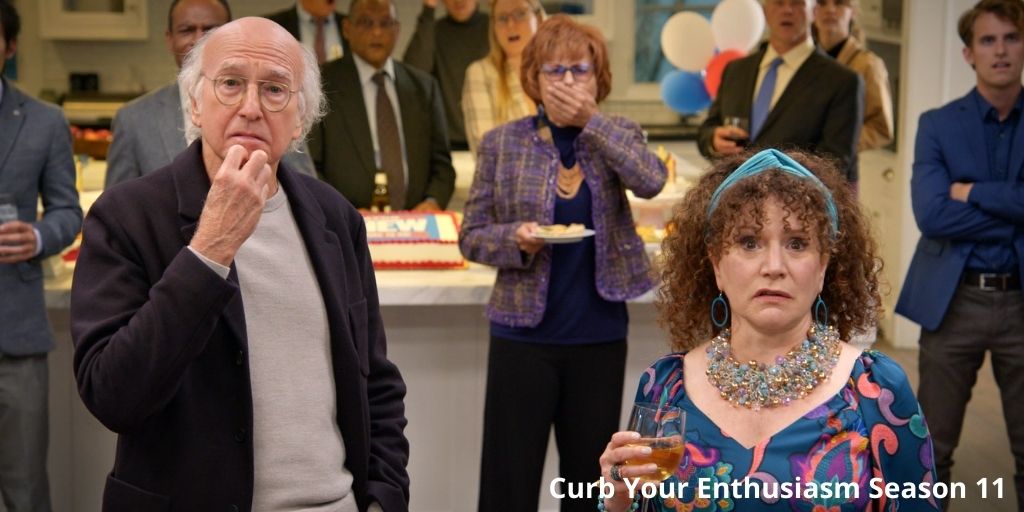 It seems like Larry David is not stopping with his agenda in Curb Your Enthusiasm Season 11 Episode 8. The previous episode showed us how his first encounter with the city councilwoman was a bitter one. Although, he later found out about her position from Jeff and decided to become good friends with her. In addition to that, he went a step further to commit to the things he has always hated. On the other hand, we saw that he was getting things in order for the show that is being developed on the story of his life.

However, the actor playing the role of Larry’s younger self was causing a lot of problems. So with both of these things moving side by side, the question was, how did Larry mess up things this time? The American television series is one of the most popular and successful ongoing shows in the sitcom genre of shows all around the world. Furthermore, the show is also one of the most critically acclaimed shows out there. Furthermore, the current season of the series has a critical score of over 90% on Rotten Tomatoes.

Larry David stars as the lead character portraying a fictional version of himself. Moreover, he is also the creator and writer of the show. The show has managed to keep the viewers hooked throughout the years. That is why now they are eager to watch Curb Your Enthusiasm Season 11 Episode 8. However, let us first take a look into the previous episode and find out what all happened. 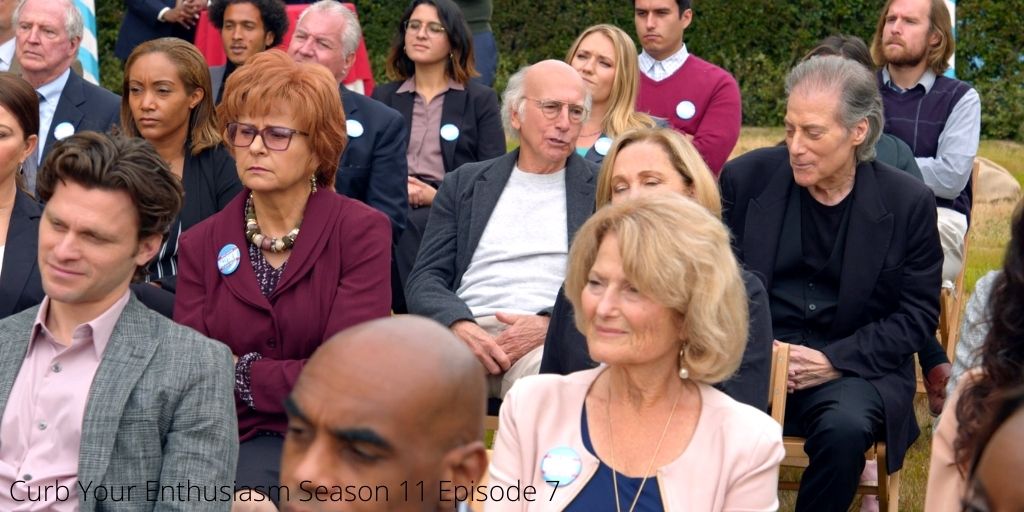 Episode 7 of Curb Your Enthusiasm Season 11 came out on 5th December 2021. Moreover, the episode was titled “Irma Kostroski”. The episode began with Larry at a rally where the next candidate for the race of Mayor, Jimmy Mayhew was giving a speech about what he intends to do for the community if they vote for him. Meanwhile, Larry didn’t seem to be interested and was causing disturbances. In doing so, he had a bit of an argument with the city councilwoman Irma Kostroski.

On the other hand, Larry was involved in making sure everything was going the right way with the show ‘Young Larry’ that was being developed on his life story. However, the young actor Asa who was playing young Larry’s role was being too much of a problem for the prop master Stan. But Larry sorted it out for a while when he told Stan to have patience with Asa and how he suffered sexual abuse in the past. On the other hand, Larry learned about councilwoman Irma’s power of repealing ordinances. So he decided to persuade her by becoming friends with her. 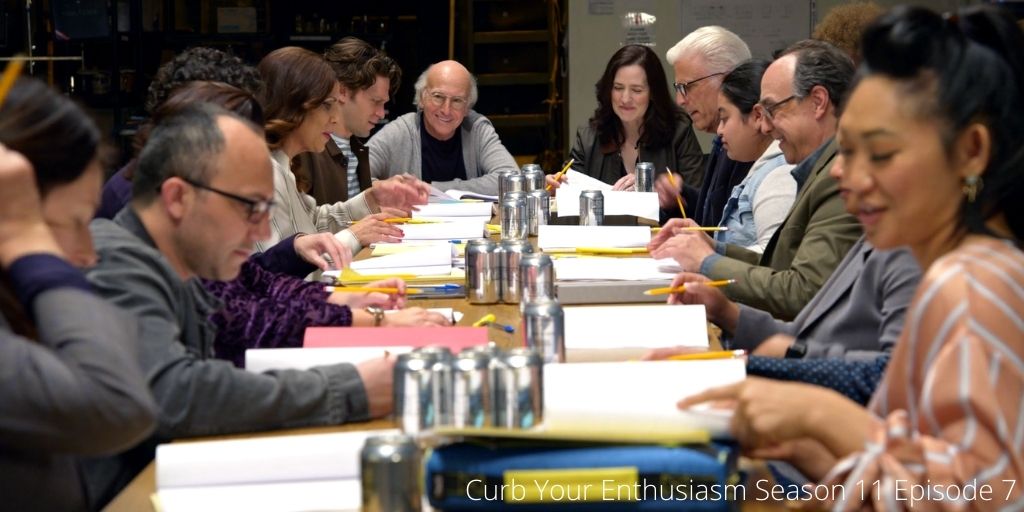 Larry at the table read of his show ‘Young Larry’

In doing so, he even goes canvassing for Jimmy with Irma that surprises Sussie and Cheryl because he always hated it. Although, later at the voting booth, Larry decides to leave when he finds it exhausting to stand in a long queue. Furthermore, he convinces another man to leave along with him since the man is voting for another candidate, and they cancel each other out. Moreover, he finds Asa there and insults him for calling his intimate encounter with an Italian model sexual abuse. Meanwhile, Jimmy loses the election with one vote, and Asa takes his revenge against Larry by telling everyone that Larry was the one who did not vote because the line was too long. The episode ends with everyone getting furious at Larry for costing the election to Jimmy.

“Curb Your Enthusiasm Season 11 Episode 8 will release on 12th December 2021 at 10:30 pm ET on HBO in the United States.” Furthermore, the episode will be titled “What Have I Done?”. As the title suggests, it seems like Larry will be realizing that he has messed up his plan by not voting. Moreover, he has disappointed Irma as well. Therefore, he will try to impress her in whatever ways possible. So stay tuned to find out where this goes in the next episode.

How To Watch Curb Your Enthusiasm Season 11? Streaming Details

Larry David is once again attracting viewers all around the world with the latest season of the show. That is why the viewers are also trying to find out where to watch Curb Your Enthusiasm Season 11? Well, that question has a simple answer to it. “Curb Your Enthusiasm Season 11 airs every Sunday at 10:30 pm ET on HBO in the United States.” Whereas the viewers in Canada can stream the show on Crave. Meanwhile, in India, the viewers can stream the show on Disney+ Hotstar. Furthermore, the show is available to stream on Youtube TV and Hulu as well. On the other hand, the fans can binge watch the previous ten seasons on Amazon Prime Video.

Also Read: Why Did Jim and Pam Break up? The Office’s Power Couple