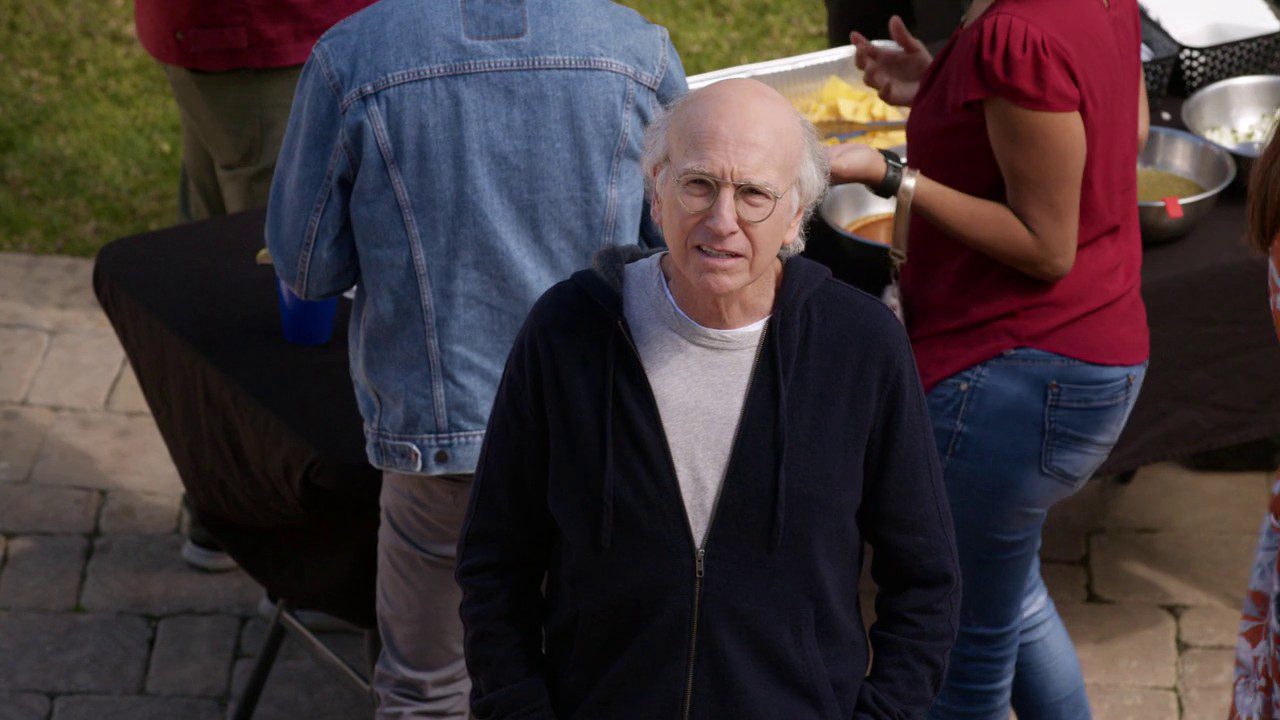 Curb Your Enthusiasm Season 11 will be coming around much sooner and bring us there Episode 1. Yes, it seems like Larry David is moving on from taking bigger breaks and bringing his beloved show quite soon for the fans. HBO seems to continue the same. So before we hit the new adventures of Larry David, we gotta remember the revolution he brought in the previous season. Larry had a feud with Mocha Joe which resulted in him opening a cafe shop of his own to fight that off of Mocha Joe’s

Now that was one thing he needed to take care of as many celebrities were inspired by it. Next, his foot needed a check-up but when Larry didn’t agree with the opinion a doctor had. Well, he decided to take a second opinion which resulted in clashes between the doctors. Then he also managed to start a feud between Jeff and Susie’s friends who are soon expecting a baby. Lastly, another feud going on amidst this was with the Siren abusers who paid off towards the end of the show.

Previously on Curb Your Enthusiasm opened up with Larry answering a cafe he didn’t like with a cafe of his own. The news hits for Latte Larry’s as it competes with Mocha Joe’s. Upon question Larry’s motives behind trying to confront someone’s business only because he faced a ban. He suggested that he just wanted to help although Joe claims he complains a lot. Plus Joe won’t apologize even if Larry agrees to pull out his business. Many celebrities have followed in the footsteps of Larry including Jonah Hill. 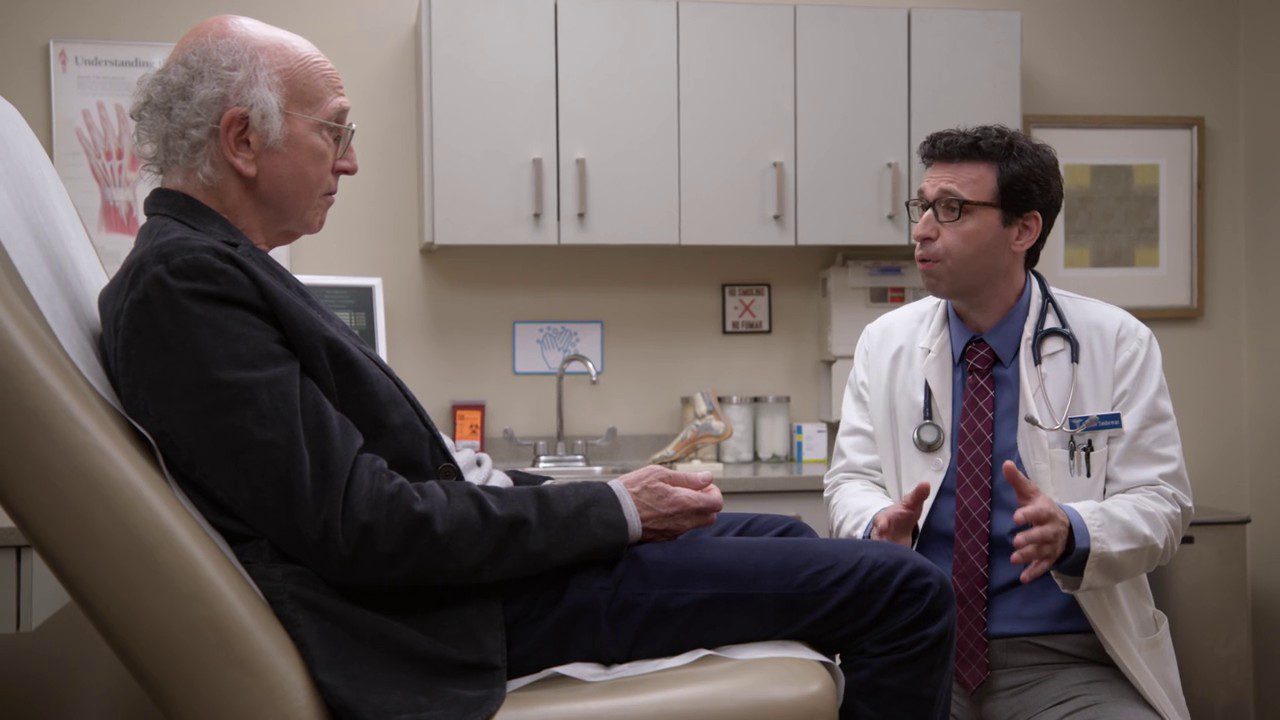 Cut, we are at Seiderman’s clinic where Larry is visiting for a diagnosis of his foot. Seiderman’s suggestion for Larry doesn’t fit him and he hopes to get a second opinion which bugs Sedierman a little. But he agrees. Later on, Larry comes across a Joey Funkhouser and his abnormally large p***is becomes a conversation later on. Larry believes it’s way too big and he cant handle it. Moving on, Larry comes across a lady he choked earlier but she doesn’t seem to remember him. He tends to keep that way.

Larry later tells about her to Jeff and Susie. Also visiting are Will and Tara who are their friends. A conversation over pregnancy and coming baby s quickly turned into a ruckus. All thanks to Larry who comes up with weird questions leaving the couple to fight. Larry goes for a second opinion at another doctor who assures that the injury to his foot may heal itself. Amidst all of this, twice on the occasions, Larry comes across Siren abusers.

Also Read: Curse Of Chippendales Season 1: Release Date And What To Expect?

Larry meets up with Seiderman and tells him the analysis of a second opinion. Seiderman surely gets mad and denies performing surgery on Larry. Post that he approaches a store to fix Jeff’s friend’s watch only to meet Mila Kunis there who has started her own business inspired by him too. But she can’t fix the watch. When Larry meets Joey again in a washroom, he blames Joey’s p***s to be the reason behind his watching getting knocked and broken. Also once again Larry comes across the lady who choked who recognizes him this time but save from Mocha Joe results in her finding a different purpose. 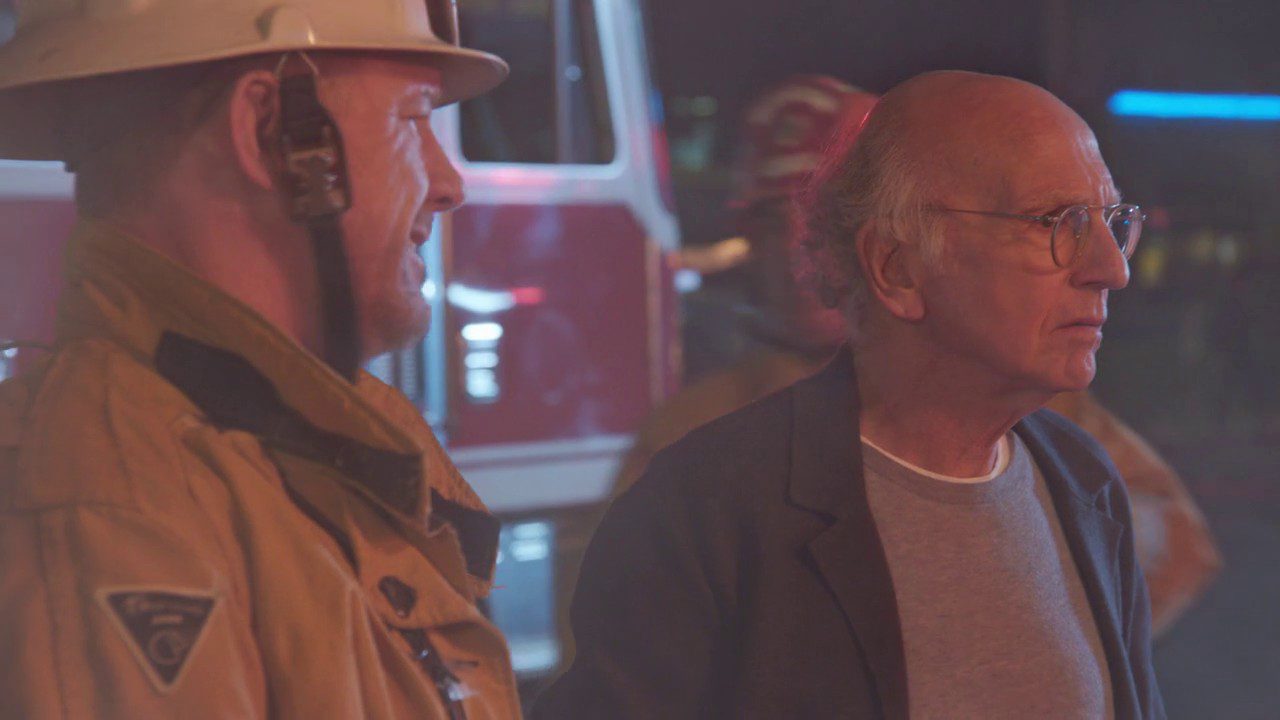 Well, Larry couldn’t help Jeff’s friend Will with the watch but joins him as his wife goes into labor. Amidst this, he comes across both of his doctors. Thus resulting in a confrontation. The firemen not respecting the siren later resulted in Larry’s store getting fire along with Mocha Joe’s. This results in Mocha Joe confronting and blaming it all on Larry. The episode closes in with Mocha Joe throwing a party after the settlement.

Curb Your Enthusiasm Season 11 Episode 1 is releasing in October of 2021 that’s for sure. An exact official release date is yet to be revealed by HBO but that’s all the show has announced for now. One thing we have to admit, the show is returning quite quickly as compared to other seasons. There always used to be more than a year’s gap but not in the case of Curb Your Enthusiasm Season 11.

You're allowed to be happy, but not in front of me. #CurbYourEnthusiasm is back this October. pic.twitter.com/kBCjMedLOZ

So far no promo or any official details have been released revolving around Curb Your Enthusiasm Season 11. All we can say is it will continue the adventures of Larry David as he plays an exaggerated version of him in the show moving on. So until Curb Your Enthusiasm hits us with its Episode 1, stream the past ten seasons of the show on HBO Max. Video-on-demand services of Amazon Prime Video, VUDU, Microsoft, Google Play Movies and TV, and iTunes also offer to Curb Your Enthusiasm.