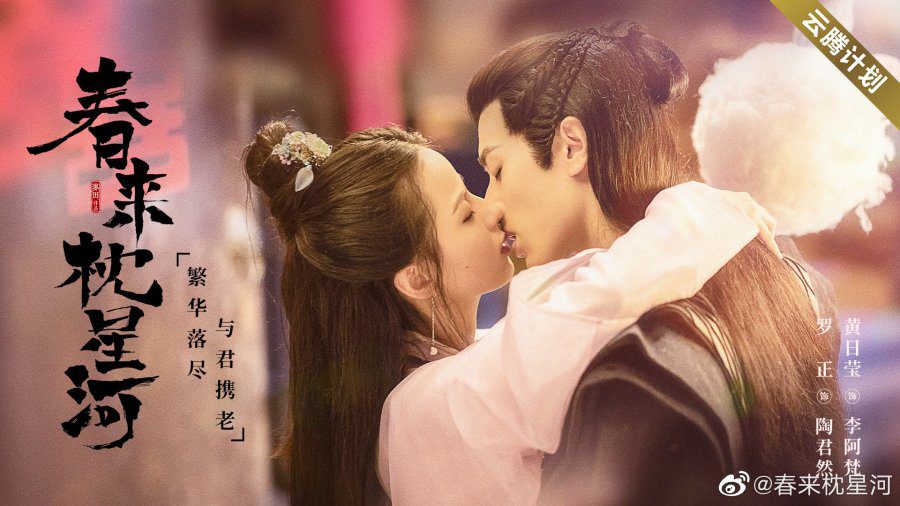 Cry Me a River of Stars is a new Chinese historical drama about the love story of a magistrate and a barge owner. “Chun Lai Zhen Xing He,” which literally translates to “Sleeping in the Galaxy in Spring,” is a light-hearted comedy show. The show stars Luo Zheng & Huang Riying and is produced by iQIYI. The actor Luo Zheng was last seen in the drama Count Your Lucky Stars in a supporting role which was aired last year. While Huang Riying’s last drama to air was Psychic Princess season 2 and is also appreciated for Ancient Detective. The actress is majorly known for her roles in ancient dramas.

The drama Cry Me a River of Stars, as produced by iQIYI, is also available to watch on the website or application of the same platform. The drama is about a magistrate, Tao Jun Ran, played by Luo Zheng, who needs to investigate a long-unsolved case. In the course of his investigation, he meets a painting boat owner A Fan, which is played by Huang Riying. Both have got their own shares of motives from each other, and with, the chemistry between them starts developing. 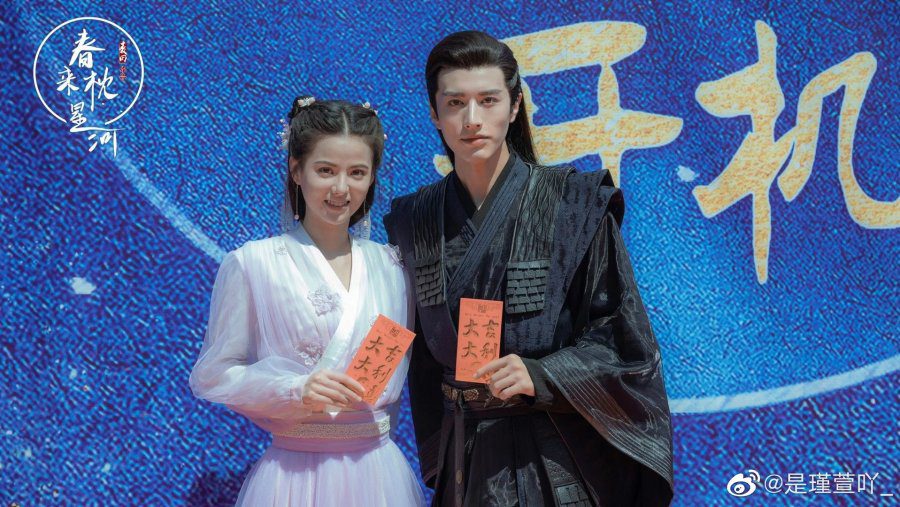 Tao Jun Ran is a new magistrate with a very brave personality. Secondly, the female lead, A Fan is a painting boat owner and is one of the Qianli people. The Qianli are the people who wanted to rebel in Biyun country. Hence, the new magistrate is seeking punishment for those people and is in search of a man named Lian Qi. To add on, the case that Tao Jun Ran is investigating is a cold case but is very important to him as he has taken the responsibility of punishing the Qianli people. During the same time, he meets A Fan. A Fan is a hard-working and straightforward girl who owns a barge. 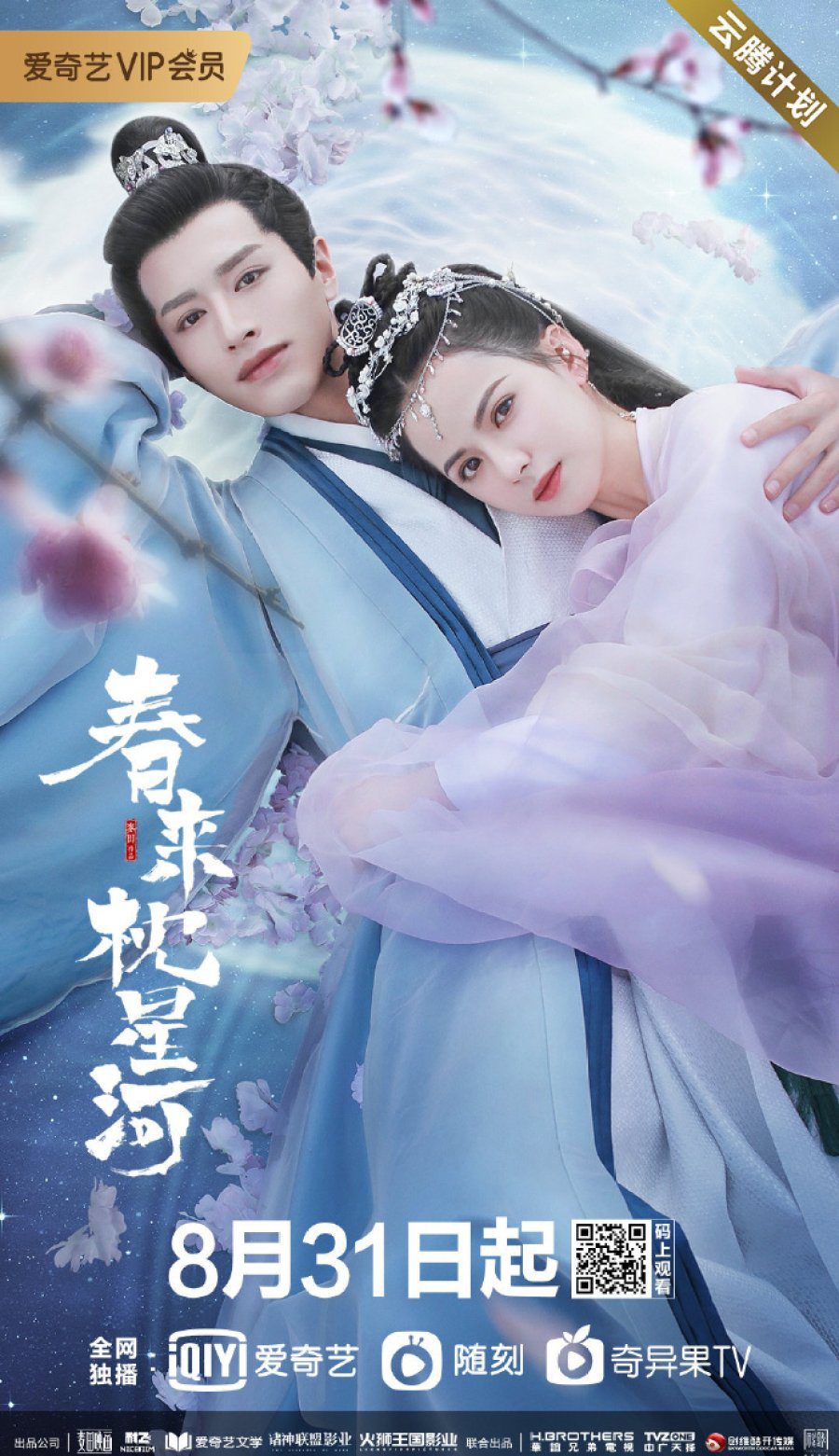 Tao Jun speculates that the girl has some connections with Lian Qi and hence, tries to get closer to her. A Fan, on the other hand, wanted to please the magistrate to gain some favor. Both of them gradually start to grow closer to each other unknowingly. Initially, Jun Ran wanted to question A Fan, but after questioning, he found out that A Fan was indeed innocent and hard-working. Mesmerized by the charm of A Fan, the magistrate proposes to her for a marriage, but there turn out to be some conflicts even before they could get married.

Also Read: Ben Is Back Ending Explained: Does Ben Survive In The End?

The episodes of Cry Me a River of Stars have been released all at once. The drama was aired on August 31 and is available to watch from start to end. It has a total of 24 episodes, each being around 40 to 45 minutes long. The episodes are available to be watched on iQIYI.

Additionally, the drama is an adaptation of a Chinese novel that goes by the same name. 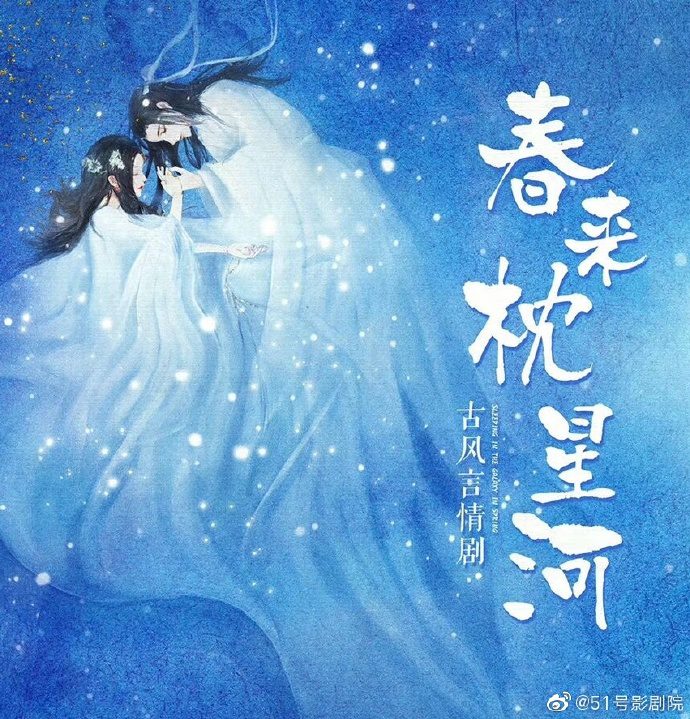 The actor Luo Zheng is also an idol who has been on iQIYI’s reality TV show Idol Producer in 2018. He was also able to debut as an idol through the same show. On the other hand, Huang Ri Ying made her debut as an actress in the year 2017. She was starred in the second season of the show “Hidden World”.

Sleeping in the Galaxy in Spring is not something that can be tagged as a superhit drama. Regardless, it is well appreciated by the audience. It feeds the audience well with enough romance between the two leads. The first six episodes start off smooth, but as we reach further, things start getting intense. To add on, the drama is able to hold the audience because of the growing intensity and the suspense about the female’s background.

Some of the people were not really happy with the way the two leads were styled. One of the viewers shared that the contour for the male lead’s face was too sharp in spite of him possessing naturally sharp features. Another one had to say that the female looked a little unrealistic for a female peasant. Additionally, some of them also felt that the drama is good but was a little low-budgeted.

Apart from the little things, people had a very positive response to the drama and were actually satisfied with the watch.