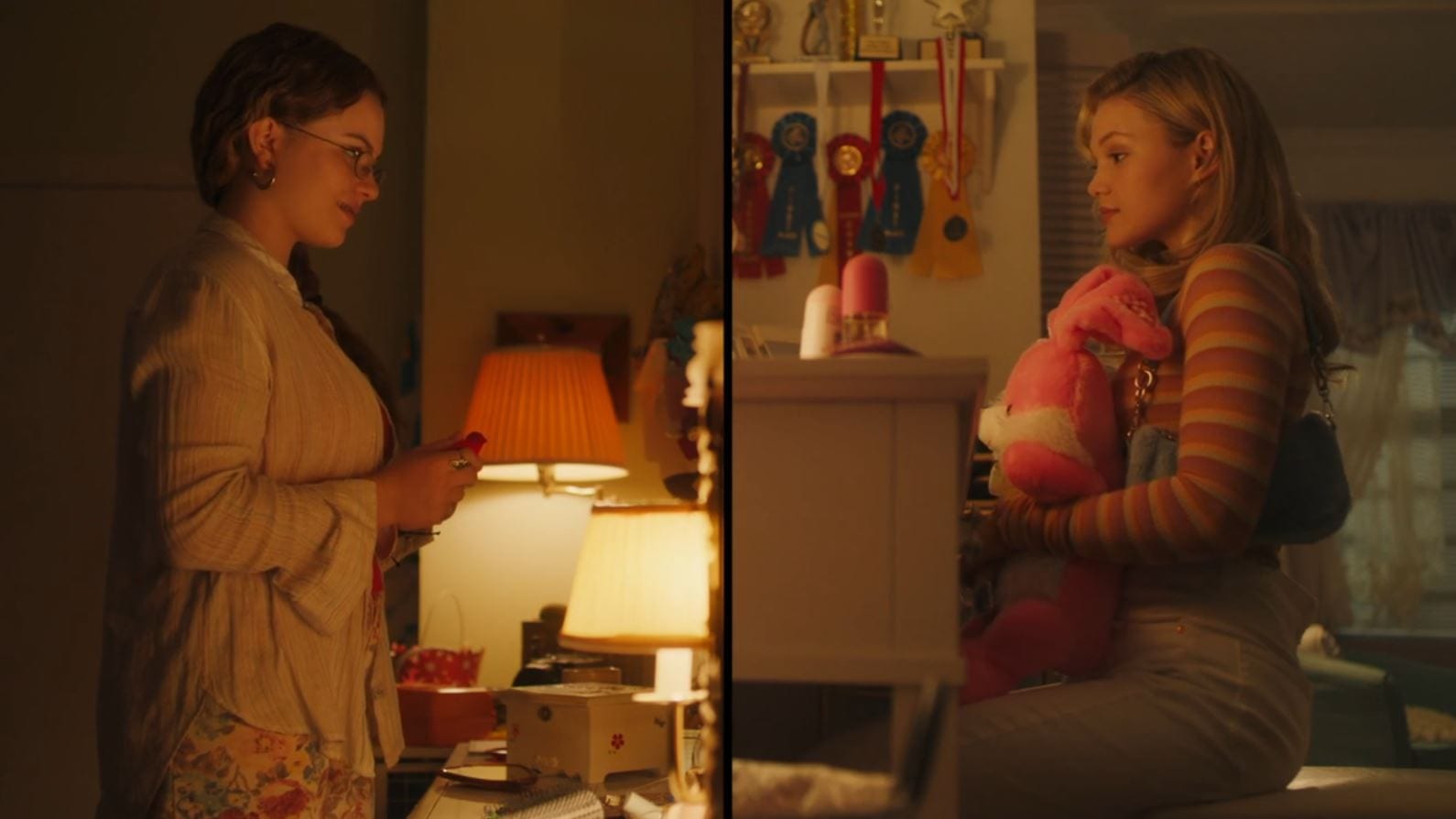 Jeanette and Kate after the Fair - credit Freeform

Cruel Summer Episode 5 “As the Carny Gods Intended” was unlike other episodes of the show where we witnessed the perception of one of the two primary characters. In this episode, we constantly keep switching between Kate Wallis and Jeanette Turner. We witness the events occurring on the date, 29th June in the years 1993, 1994, and 1995. Here, the town of Skylin has an extravagant event in the form of a carnival. But each of the three years has different outtakes to our characters. While on the outside, all we witness is a carnival episode within a show, on the inside, there was much more going on. Finally in this episode, much of our suspicion is proved right, Kate and Martin had several other encounters before the kidnapping. Now that Episode 6 is just around the corner, this article will get Cruel Summer Episode 5 Ending Explained.

Freeform‘s Cruel Summer is the story of two girls through the years 1993, 1994, and 1995. One is the popular, Kate Wallis, while the other is the nerdy, Jeanette Turner. When Kate Wallis gets kidnapped by the high school’s vice-principal in 1994, Jeanette takes over her life. This would mean that she was then dating Kate’s ex-boyfriend Jamie while also hanging out with her friends. Later, Kate Wallis was finally freed from Martin Harris’ home after he was shot dead by the police. But as she got out, Kate made claims that Jeanette had seen Kate through the window once when she had come to Martin’s home. Having not reported it to the police, Jeanette became the most hated person in the nation. So, to clear her name, Jeanette files a case of defamation against Kate. Thus we start an ongoing war of lies and secrets scattered across three years.

What happened in Cruel Summer Episode 5? 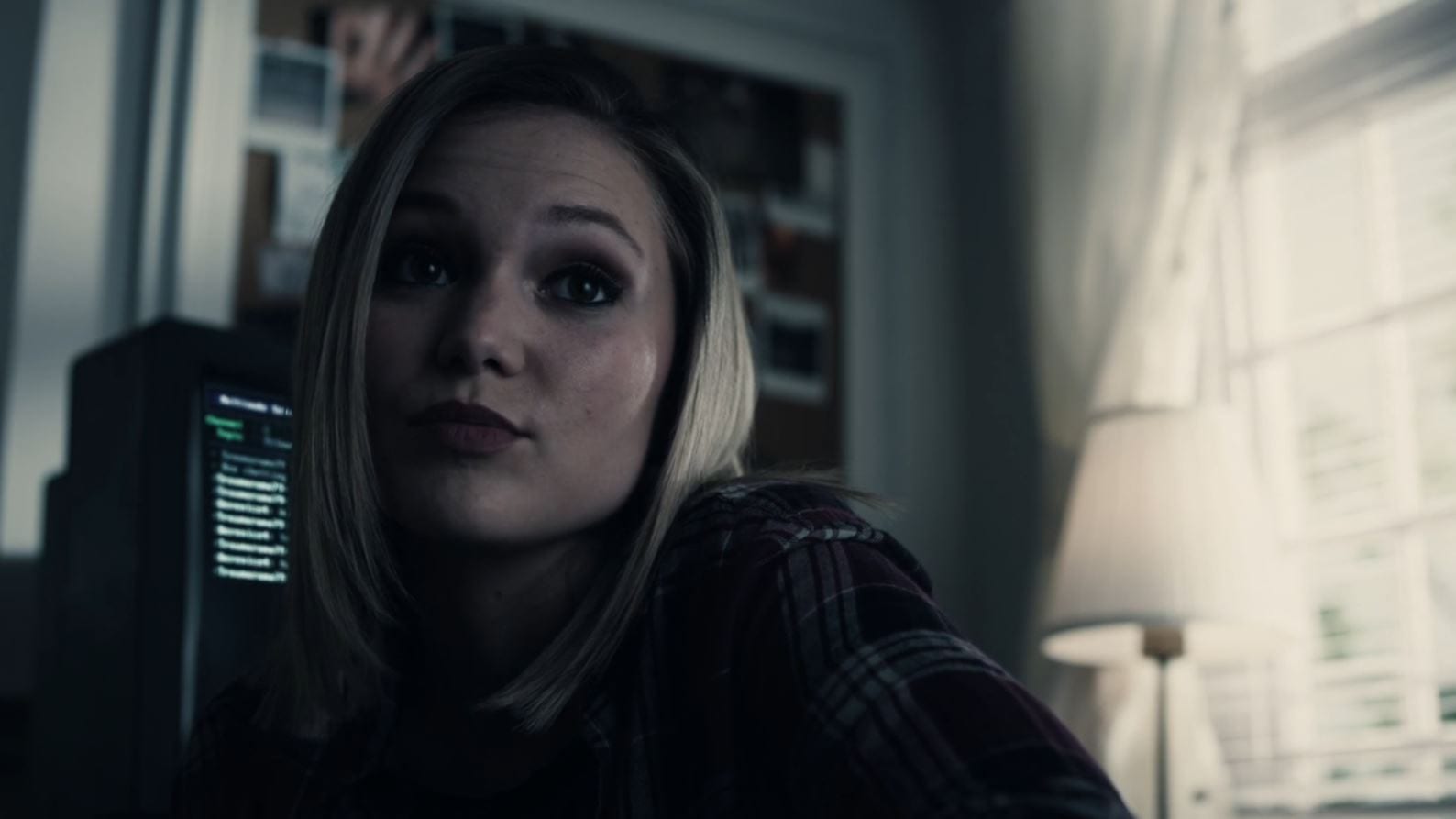 Kate in her room

Back in Cruel Summer Episode 4, we see how Kate reveals someone known as Anabelle. Prior to the end of the episode, it is believed that Anabelle was a made-up girl by Kate. But later, we find out how Kate had mentioned someone known as Anabelle during her time in therapy. This episode resumes from there itself as a 1995 Kate is on her bed scribbling the name over and over, trying to discover who Anabelle was. Now considering that this episode goes all haywire in its narrative switching characters and the years let’s go over them one year at a time as we build up towards the end of the episode

In 1993, Jeanette is in her room with Vince and Mallory. The three friends had to cross off their summer bucket list in which they all head to go out on dates. In Vince and Mallory’s case, they had already gone on a double-date. Therefore, Jeanette was preparing to go to a county fair date with an out-of-town geek named Gideon. After she gets ready, she heads to the carnival with Gideon, Vince, and Mallory. Kate and Jamie are also visiting this fair, where KAte spots something peculiar. She sees her mom flirting with Scott, but just as she points it out to Jamie and his friend, the couple breaks off as Kate’s dad walks over to them. 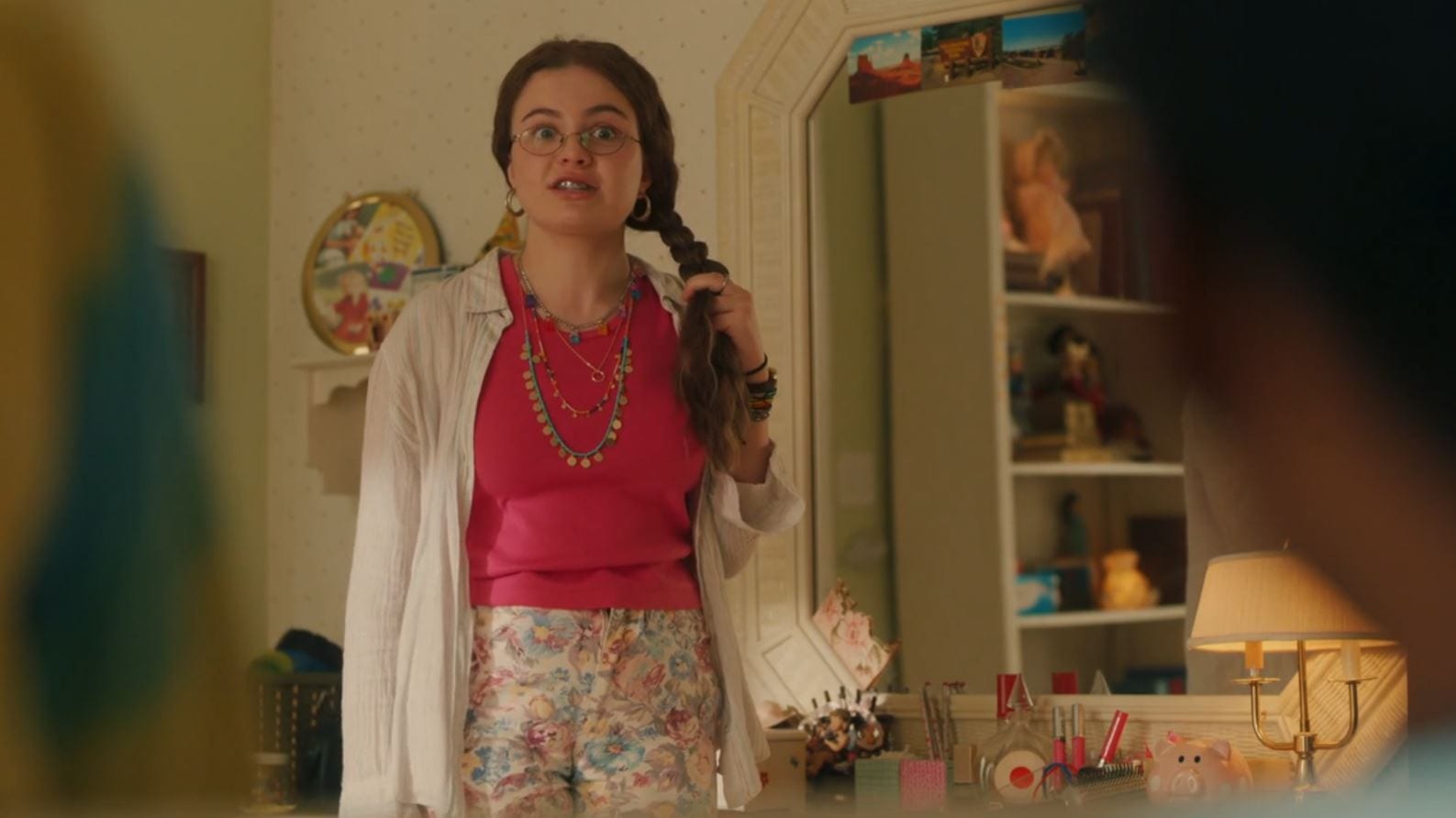 Jeanette getting ready for her date

In 1994, Kate and Jamie again head over to the fair. Here, Kate finally works up the courage to confront Jamie about Jeanette. She had followed Jamie to the park, where she saw him kiss Jeanette. But, Jamie immediately denies it, causing Kate to ditch him and head off alone. Here, Kate, as well as her parents are confronted by the paparazzi. Jamie heads over to shoo them off and apologize to Kate. He says that he did meet Jeanette out of pity but resorts to gaslight Kate saying that her memories have been shaky since the trauma. In disbelief of what Jamie was doing to her, Kate breaks up with him. 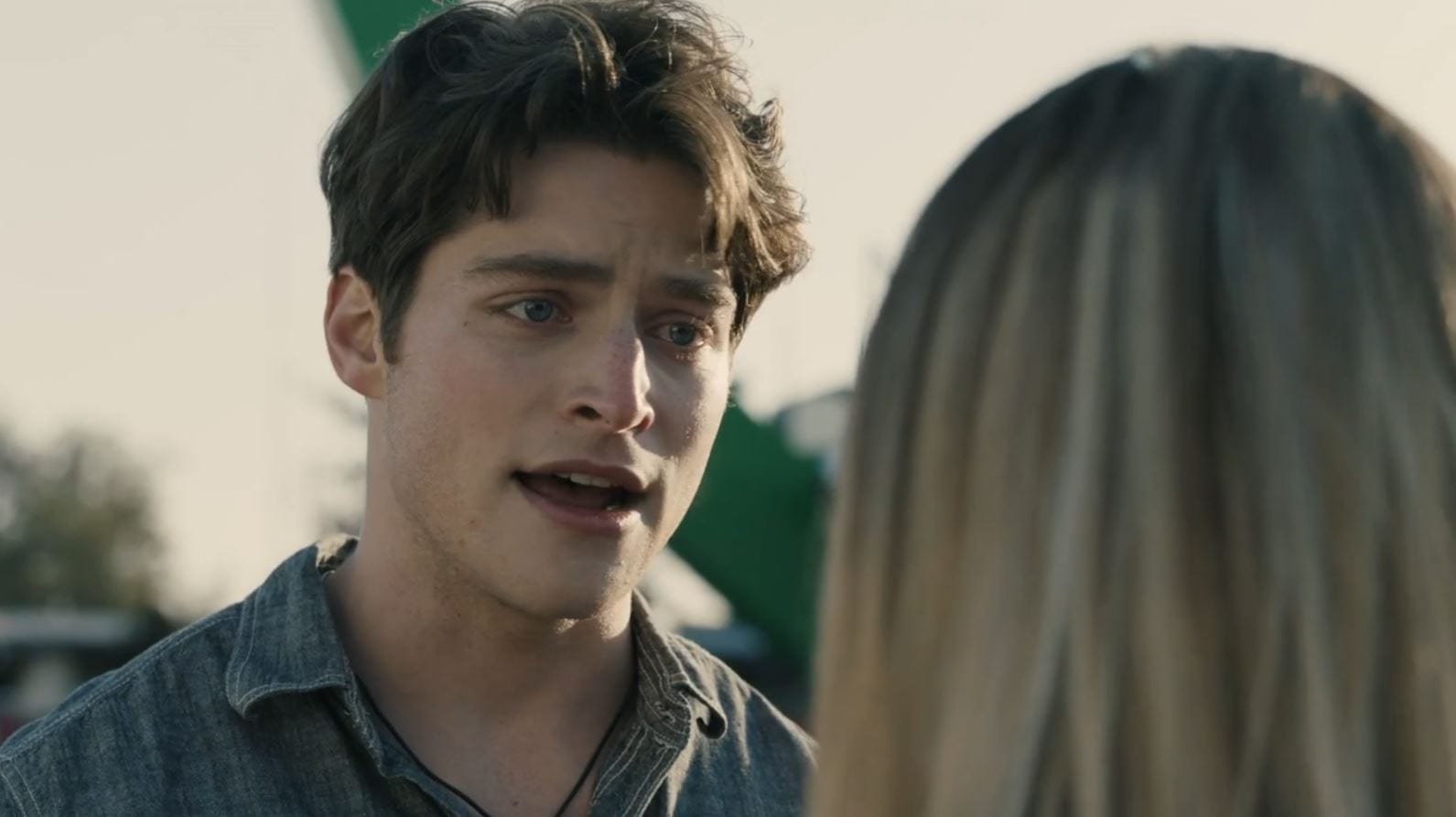 While all of this was going on, Jeanette along with her brother Derek, are off to find Jamie and Kate. She wants to make up with her and wants Derek to witness the social suicide, Meanwhile, her dad, Greg sees his wife, Cindy, on the couch drinking wine. She has been not able to carry all the hatred towards her family and may just have given up. So Greg heads over to the video store to rent some movies for them. Here, we see some seeds planted as Greg has his first encounter with Angela. She walks inside the video store saying that she has damaged a car, which happened to be Greg’s. During her confession, Greg overhears her need for a new apartment so he hands her over his business card. 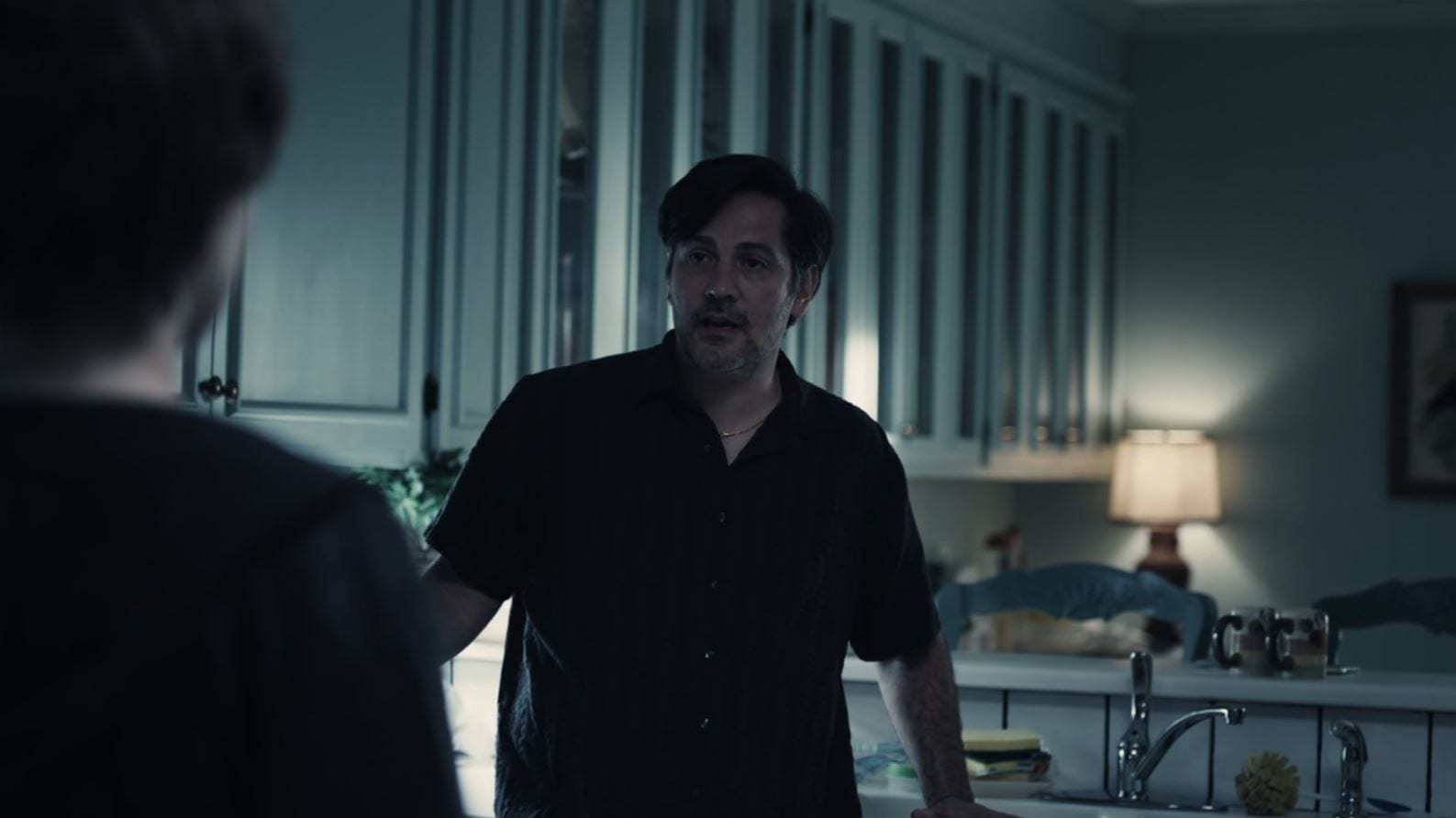 Then we head back to 1995, where while Kate listens to her tapes, we find out how she and Martin had a prior friendship before the abduction. While talking to her online friends on the relief chat regarding the Liar letter, Kate believes that Jeanette did it. Just then, Mallory comes visits her saying how she heads that Jeanette might be sitting in the dunk tank to save up money for her lawyer. Kate then convinces Mallory to go with her to the fair. Here she sees Jamie sitting on the dunk tank and immediately drowns him. She later spots her friends talking with the press as they claim how bad Jeanette is.

Meanwhile, Jeanette is speaking to her lawyer. She tells her that she needs support in terms of witnesses. As a lawyer, she is Jeanette’s Gun for Hire, but Jeanette must feed her the bullets. Feeding off of this, Jeanette heads off to the kitchen as she wants reassurance from her dad that he is on his side. Angela, who was now with Greg, asks Jeanette to go out with her, Taking Greg’s car, the two head off to a strange building. 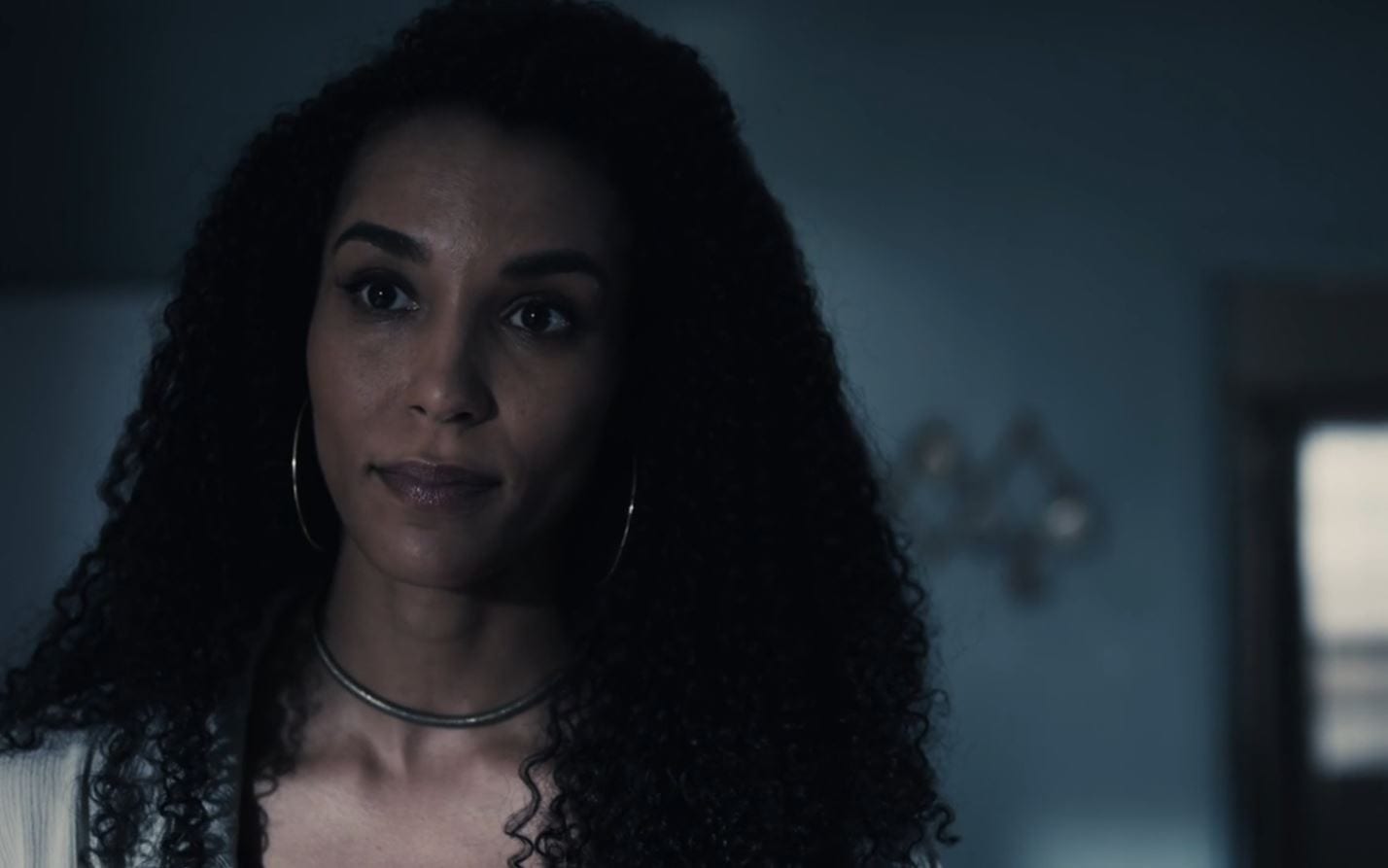 At the end of the episode, we see that Angela has taken Jeanette to the bar where she works, Here she tries to bond with Jeanette as she convinces her to do Karaoke with her. But just as they start to enjoy it, Jeanette has a panic attack. Angela believes that the walls Jeanette has built around her must be broken down soon. Back in 1994, Kate goes in front of the Funhouse, where Jeanette spots her. So to lose her, Mallory takes Kate inside the Funhouse. Here, after trying to follow her for some time, Jeanette leaves as she is suggested by Derek to do so.

Then in 1995, Kate stands in front of the Funhouse, where she starts listening to her tapes. Here she has resumed from the part about her friendship with Martin Harris. Later, while strolling through the fair, she sees a drunk Jamie who apologizes to her for lying about kissing Jeanette in 1994. After this, Mallory takes Kate to climb over a fence. Here, they had come to Martin Harris’ grave to put the stuffed animal she got from him and break his tombstone.

How did Martin Groom Kate? 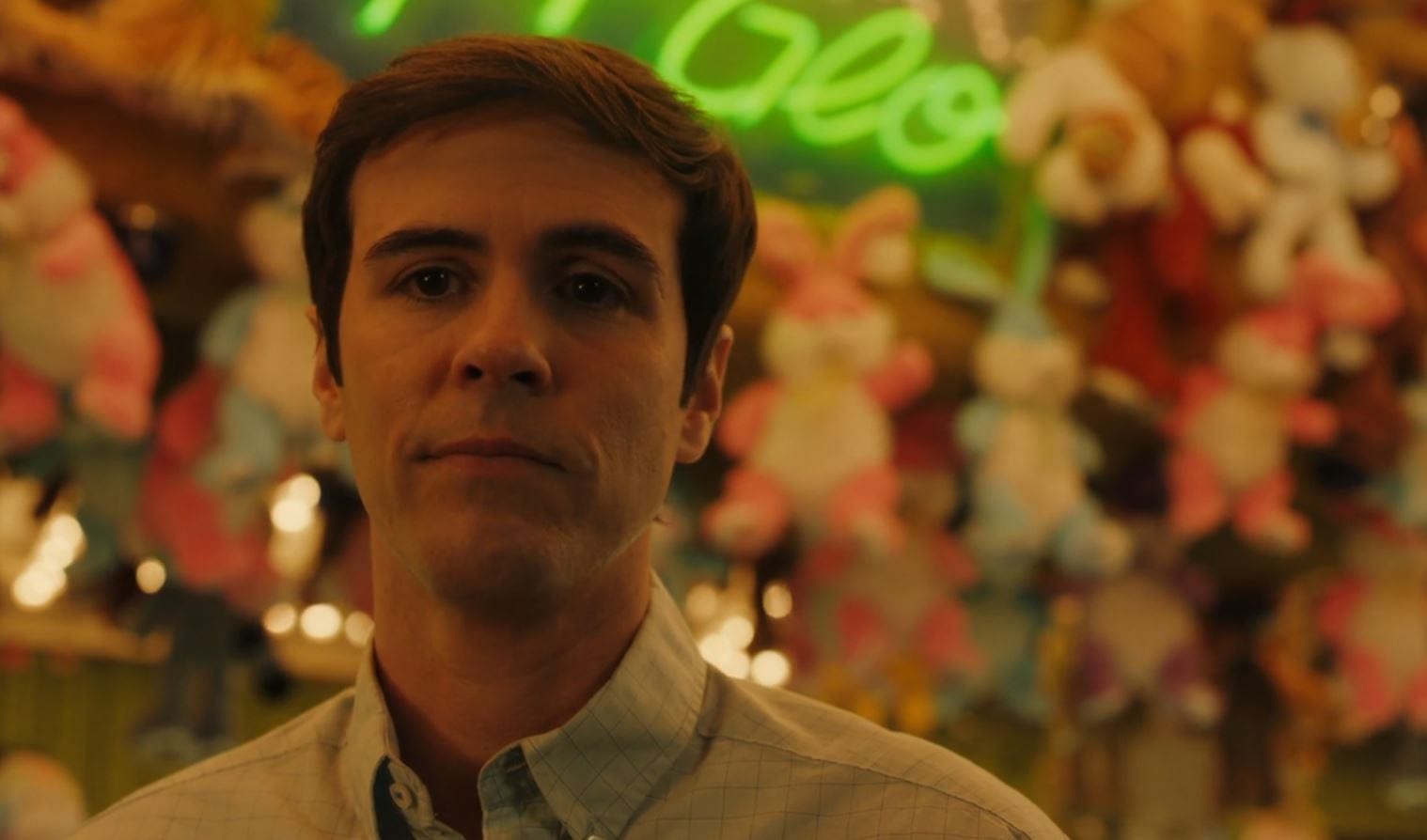 In 1993, Martin Harris was running a silly game booth. Here, Jeanette and Gideon come and play. Just then, Kate’s friends come and poke fun at him for being with Gideon. So, embarrassed, she ditches him. Martin who realized that Jeanette wasn’t coming back, offers him a ride back home, which gets denied. Just then, Kate walks over to the booth. She starts to play the game, and being the only one playing, she is the winner. He gives her a stuffed animal along with 50 fair tickets as a prize. Here Kate tries to apologize for creating a bad first impression about herself back at the camp. But Martin tells her how his first impression of Kate was from back in a garden party. He expresses how he mistook Kate for an adult due to the way she spoke and carried herself.

When Kate was leaving, Harris finds that she forgot her scrunchie, but he decides to keep it. Later as Jeanette, Vince, and Mallory pass by. He calls Jeanette over to talk about her behavior with Gideon and how she must apologize to him. Here, Jeanette spots the scrunchie in Harris’ hand who says that he was planning to give it back to Kate when school resumed. Jeanette said that she would return it, so Martin reluctantly gives it to her. In the end shot, we see both the girls in parallels practicing what to say. Jeanette practices talking to Kate while Jeanette is on top of the world after she receives the stuffed animal from Martin. 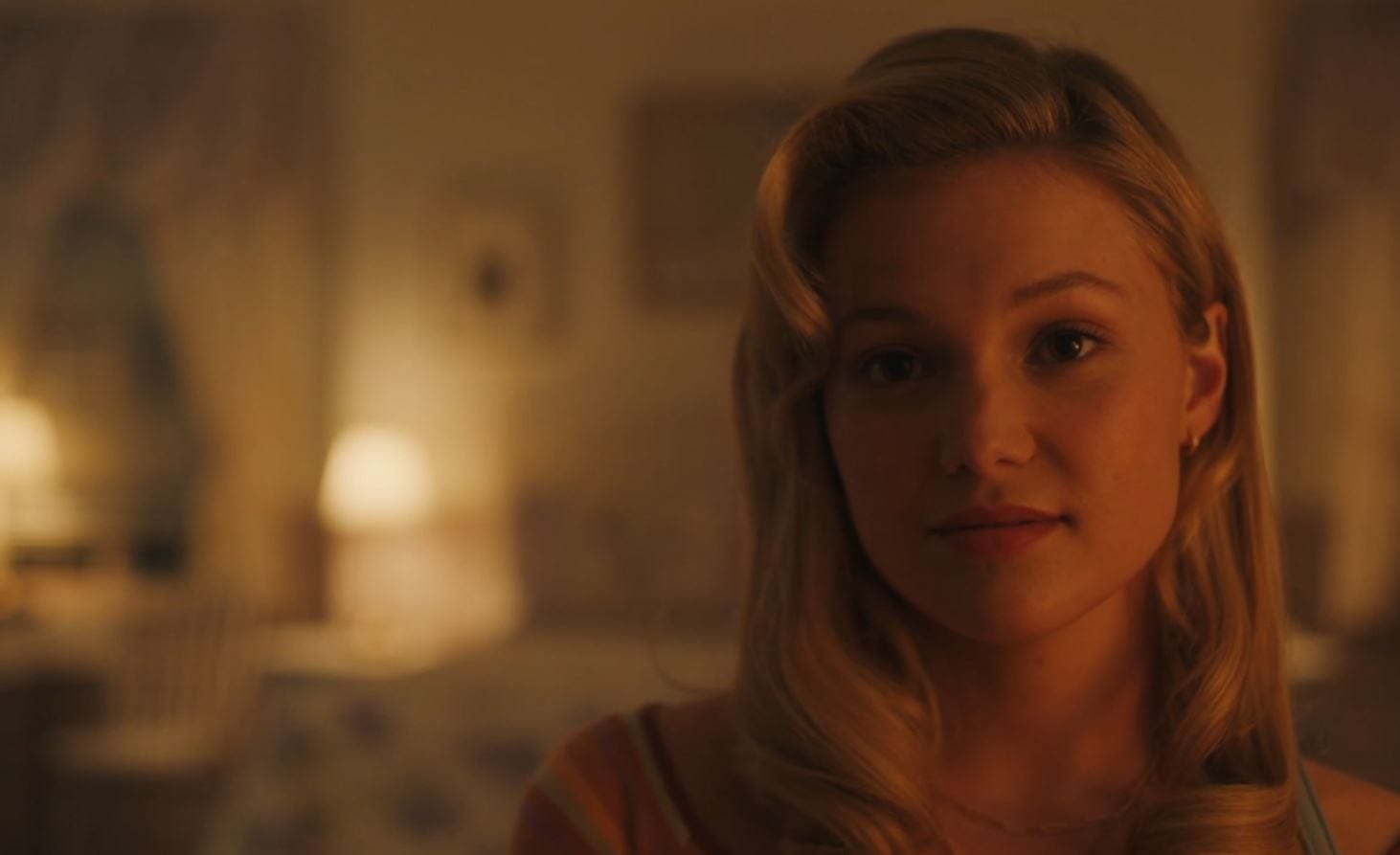 In Cruel Summer Episode 5 Ending, we can see how Martin Harris constantly groomed Kate Wallis by manipulating her. While she was at his booth, he flirted with her while she did it back. For Kate, Martin was an older authority figure who showed her kindness while also accepted her to be mature for her age. This was enough to be a red flag of a girl being manipulated. Little did she know that the guy she had come to admire was about to abduct her, torturing her in his basement. So, later when Kate decided to stuff the toy back in his grave, it was her way of symbolizing that she was letting go of her guilt, of being groomed. The stuffed toy incident was a vital one in Martin’s grander scheme of things, so getting rid of it would help Kate to move on from her past.