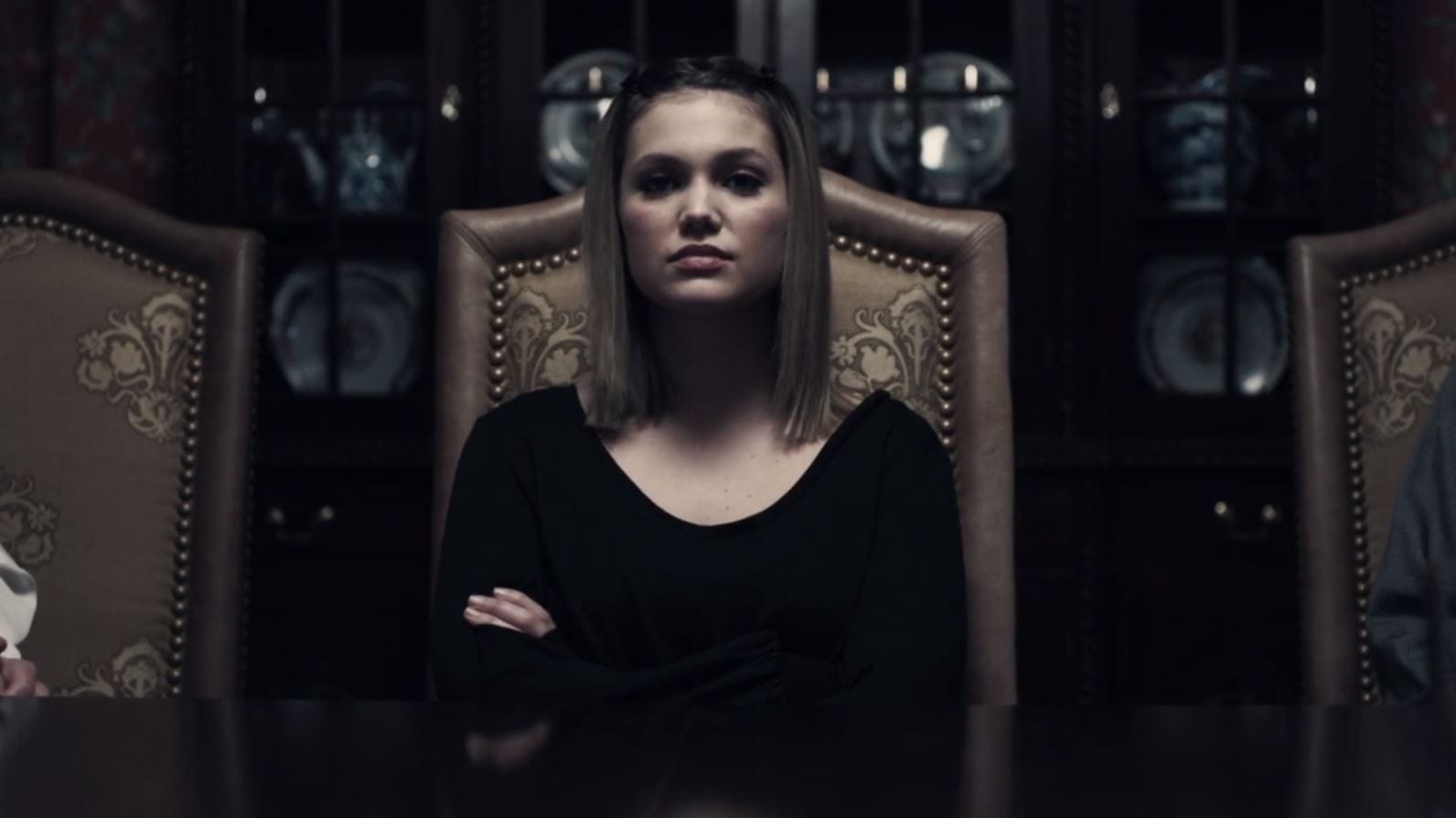 Cruel Summer is a Freeform drama TV show set in the fictional town of Skylin, Texas. The show revolves around two girls, Kate Wallis Jeanette Turner as we see the long-term effects of a kidnapping. Each of the episodes has a central character as we see the story from their standpoint. Moreover, each episode shows the story over three set days through three years: 1993, 1994, and 1995. Kate Wallis gets abducted by a family friend Martin Harris, who dies in a shootout with the police allowing her to return home. But then she accuses Jeanette of having known her location yet not reporting to the police. Due to this, Jeanette faces nationwide hatred, forcing her to file a defamation case against Kate. But each episode we witness some new information unfold. Similarly, we have got the Cruel Summer Episode 4 explained right here.

Back in 1993, Kate Wallis was a popular girl, who had a boyfriend named Jamie Hensen. Meanwhile, Jeanette was an outcast who had two friends named Mallory and Vince. Jeanette has an encounter with the new vice-principal of Skylin High, Martin Harris. A year later in 1994, Kate was missing while Jeanette had practically taken over her life. Now Was her boyfriend while she celebrated her birthday with Kate’s former friends. But when Kate is found alive, Jamie seems to have finally come to his senses as he suspects that Jeanette had something to do with Kate’s abduction.

In 1995, Jeanette spends her birthday with lawyers as she has been accused of not reporting Kate’s location when she found out about it. While her life has become detrimental, she watches reruns of the news talking about Martin Harris’ death in a shootout during which Kate’s interview condemning Jeanette pops up. 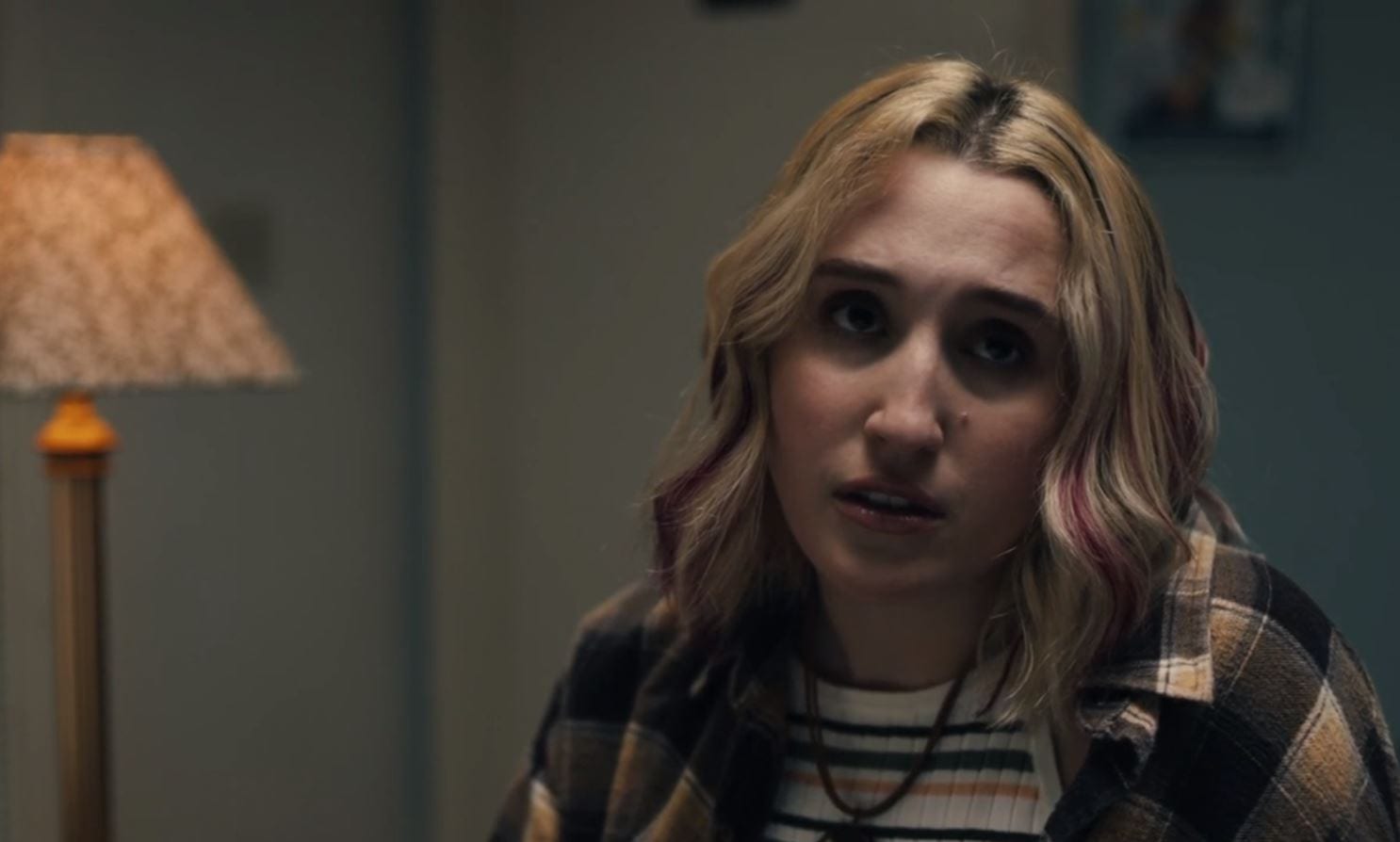 Cruel Summer Episode 4 titled “You Don’t Hunt, You Don’t Eat” takes us through 15th July of 1993, 1994, and 1995. This episode primarily focuses on Kate’s relationship with her mother, Joy, stepsister Ashley, and Mallory. Mallory who was previously Jeanette’s friend starts becoming close with Kate, to a point where she even accepts Kate as her “closest friend.” She arguably becomes so close that she even accompanies the Wallis family on their yearly family trip in 1995. But this episode ends at a strange ending as will be explained later in the article.

Kate feels that her stepfather, Rod is cheating on her mom, Joy. So she tells him only to later find out that Rod was only planning a party for her. While Joy is angry at Kate for causing this unjust suspicion, she leaves the party to only go and get drunk. The family gardener, Scott Jones gets her back home, only for Kate to later find out that her mom was the one having the affair with Scott.

Days later, Kate tries to build a relationship with her stepsister Ash but she is distant as she feels bad that her dad married a golddigger. While the family prepares for a tri[ along with Jamie, Derek, and Ben, Joy tells Kate, how she had even invited Martin Harris. During the trip, Kate tries to confide in Ash about Joy’s affair but Ash maintains her distance. With no one to talk to, Kate goes to Martin Harris as they talk while stargazing together. 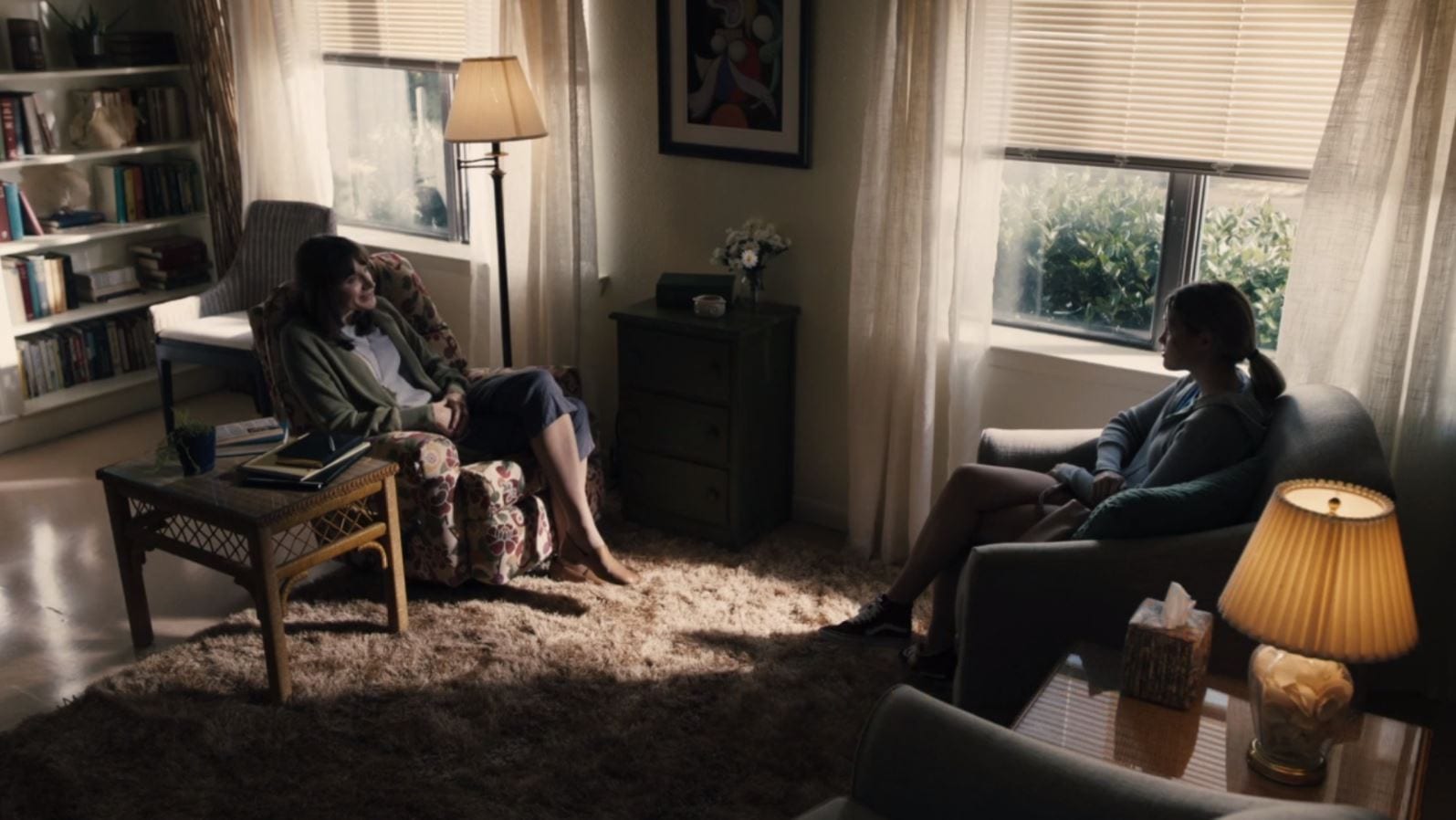 While Kate starts to go to therapy, she runs into Jeanette’s old friend Mallory. Soon a friendship starts between them fueled by the dislike for Jeanette. Mallory previously had some animosity towards Kate, but now she can see that the trauma faced person in front of her is different. Mallory even confides in Kate how she thought that Jeanette had become Kate’s replica. As this new friendship starts to form a real bond, Kate even reveals to Mallory her seeing Jeanette and Jamie kiss.

In one of her therapy sessions, Kate reveals how she had even once almost escaped. She had noticed how Martin brought him food when she would go to the shower. So, Kate clawed his face to try and run away but things only got worse. Later KAte and Joy are called to the station where they are told how the case against Jeanette isn’t strong enough. As Ashley tries to reach out to Kate, she finds out how her not listening to Kate inadvertently caused fir Kate’s kidnapping. Had she listened to Kate, she would have not spoken to Martin. Ashley starts communicating with Kate over the online abduction victims chat. 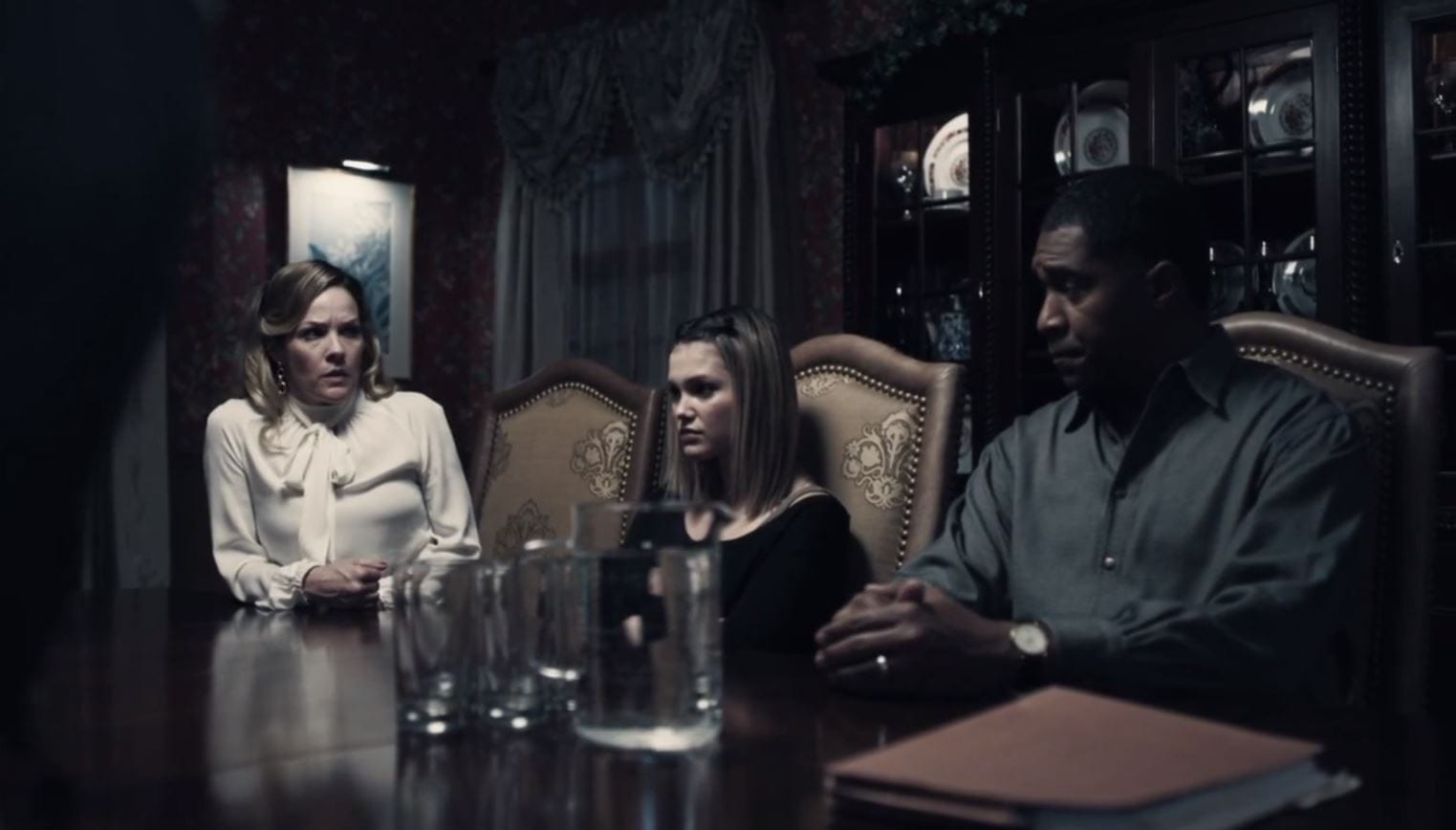 Kate and her parents’ meeting with the lawyers – credit Freeform

Kate’s friendship with Mallory has become stronger over the year. When Kate goes to a meeting with the lawyers, she starts becoming nervous as she is advised to get her story straight. The consistency was important or else her statements may not stand in the defamation case against Jeanette. Later, Joy finds a note saying Liar taped to their door. Fearing that the family’s wealth could be at stake, she forces Kate to attend a family trip. She plans to invite some other adults as well, nurturing them into possible support if they are called upon as witnesses. Knowing that she will have to go, Kate convinces Mallory to join them on their trip.

In the trip, Kate declares how she has no desire to shoot and eat meat. Thinking that Mallory is the one responsible for the changes within Kate, Joy accuses Mallory of sticking the Liar note on their door. Trying to defend her friend, Kate tells a story about a girl called Anabelle. Using this story she blames her mother for allowing Martin into their lives. Threatening her, she asks the adults to get their stories straight. When they get back home, Kate reruns the therapy tapes to make sure her story is consistent. During this, she realizes how she spoke of Anabelle earlier as well, but has no idea who she was. So, we will be explaining the Cruel Summer Episode 4 ending below. 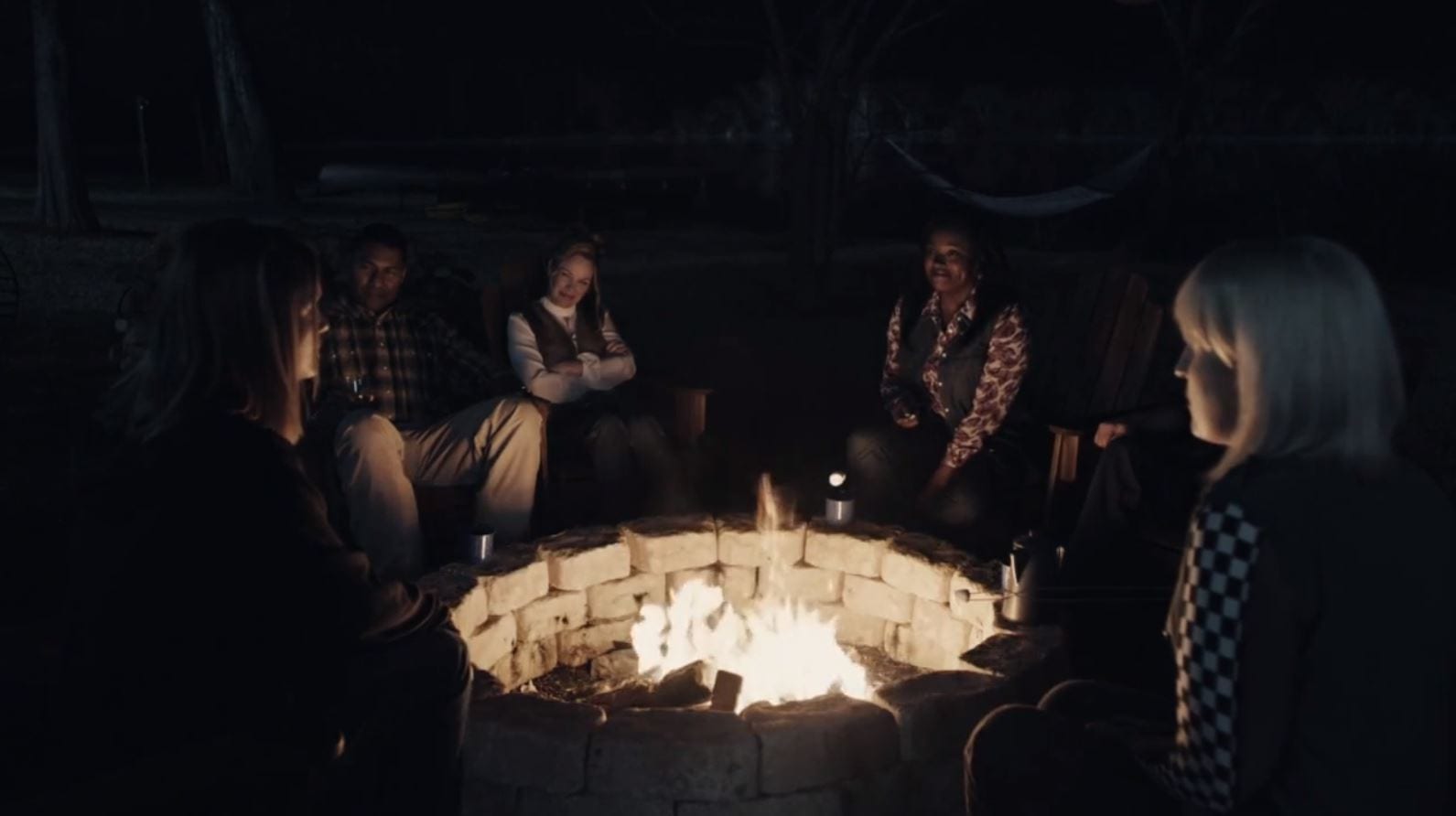 In 1995, as Mallory is suspected of pasting a note saying “Liar” on the Wallis residence door, Kate narrates a story to all adults. Kate talks about a girl named Anabelle and how her parent’s actions led to her abduction. Seemingly this is a fictional character made by Kate as she asks all the adults to get their story straight to win the case against Jeanette. Cruel Summer Episode 4 ending has Kate listen to the reruns of her tapes from therapy to recollect every event, we witness something shocking. In the tapes, Kate has spoken about Anabelle. But in no way she is able to remember who she was. It is possible that the trauma of her abduction has caused Kate to forget the presence of such an individual.

It is possible that Anabelle was also a victim to Martin Harris. Towards the end of her abduction, she may have been brought in. But as Kate was drugged by Martin, she was unable to recollect her. It is even possible that Anabelle had already been murdered and disposed of before Kate escaped. There is even a possibility that Annabelle was an accomplice to Martin. She could have been previously a victim who he brainwashed to help him in his acts. This could mean that Anabelle left the place before Kate could escape. Lastly, the possibility always exists that there is no such individual. People in isolation often make up imaginary beings to keep them company. Anabelle could be Kate’s creation to keep her from loneliness. 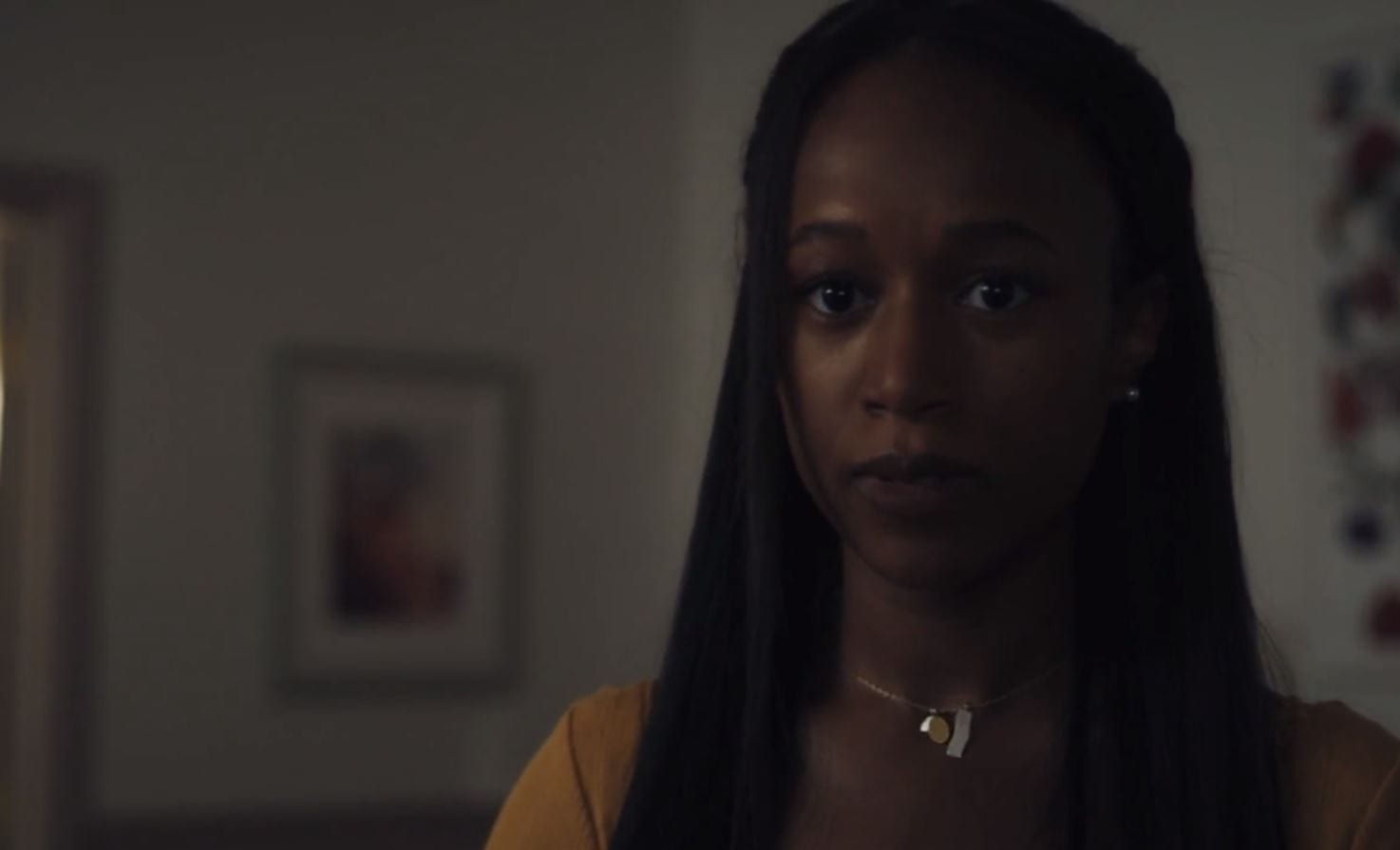 Benerice4 was Kate’s stepsister, Ashley. Earlier in the episode, we see how Ashley tries to snoop into Kate’s computer. As Kate catches her, she reveals to her had Ashley not retracted from their conversation a year ago, she may have not spoken to Martin Harris. Ashley feels that her action led to Kate being kidnapped therefore she tries to reach out to her stepsister. While she had snooped into Kate’s computer, Ashley finds out about the abduction victim forum. She finds out that Kate’s username was “Traumarama79.” So after a conversation with Derek, Ashley gets the idea to use a proxy to chat with Kate. She creates an account inspired after Berenice IV, to chat with Kate. Cruel Summer Episode 4 ending has Kate thinking that Berenice4 is a stranger and starts having chats in a private room with her for around a year.