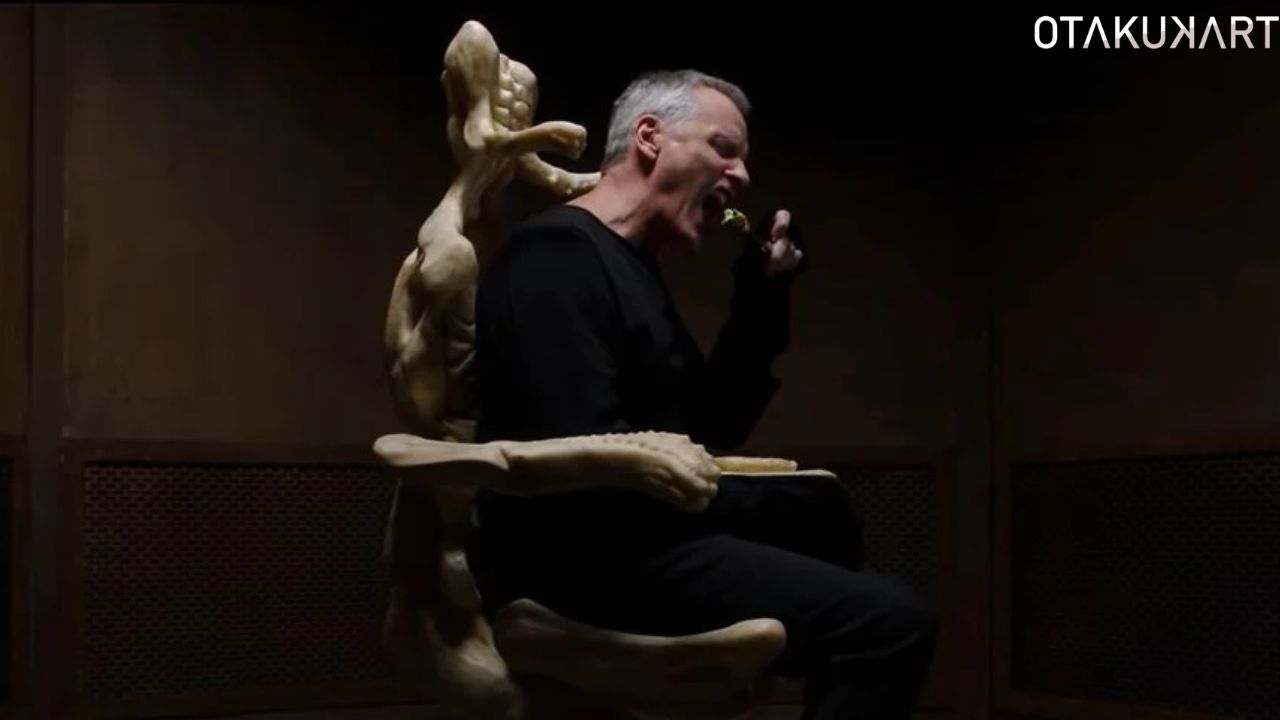 Crimes of the Future

David Cronenberg is back with his old styles. Fans are going crazy about David Cronenberg’s latest film, Crimes of the Future. The picture features a variety of dynamics that are both entertaining and unique. The film returns to science fiction. Cronenberg has done a film like this for the first time in two decades. It combines his trademark squishy body horror with an opulent retro-futuristic look. It has already been released in some parts of the world. Here, we will explain the end of “Crimes of the Future” and a lot more about the movie.

The tagline of the film’s trailer is “surgery is the new sex,” yet the consequences are less frightening and more delightful than they may appear. The tagline itself makes people more curious to think about what the movie is about. It is set in the future, but there is no indication of when or where it will take place. The entire film takes place in a filthy metropolis with a wide range of technology.

Let us see how “crimes of the future” end; without further ado, Let’s go!!

Crimes of the Future Cast

The film is overwhelming, with sewn lips and eyes, as well as ears coming out of every inch of one’s body, in a parade of eye-popping bodily horror. It’s not groundbreaking, and it’s more unsettling than frightening. The cast is just as fascinating as the plot. 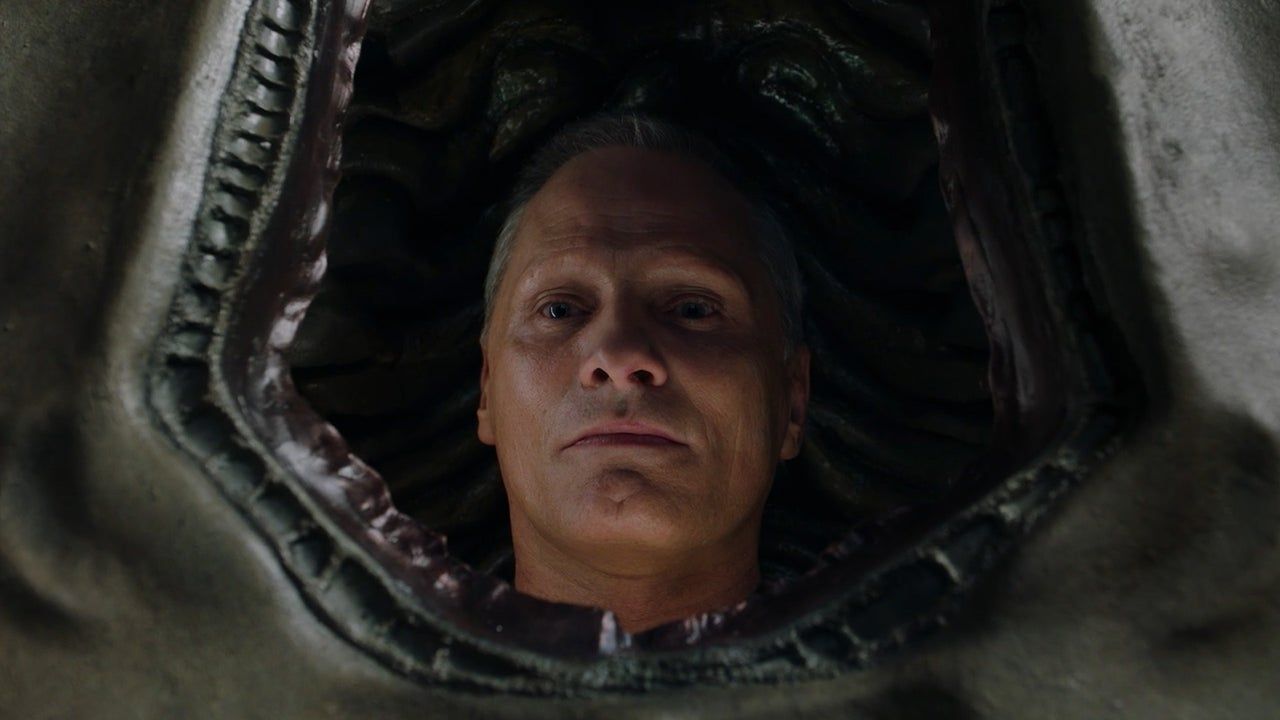 One of the main characters is Viggo Mortensen. He portrays Saul Tenser in the film. Then there’s Léa Seydoux as Caprice and Kristen Stewart as Timlin, the investigator. However, Scott Speedman, Tanaya Beatty, Denise Capezza, Yorgos Karamihos, Nadia Litz, and Yorgos Pirpassopoulos are also among the cast members.

Also read: When Can We Expect Beetlejuice 2 To Release?

Crimes of the Future Synopsis

Saul Tenser, a well-known performer, has embraced this new state, growing new and unexpected organs in his body alongside his companion caprice. Tenser has shifted his focus to the removal of these organs and creating a show for his adoring fans to witness in real-time theatre. The film follows the adaptation of the human species to a synthetic world. Thus, the body experiences new transformations and mutations as a result of those adaptations.

Tenser is admired for the potential of his uncanny ability to create new internal organs. Caprice extracts these in live performances using a strange surgery machine made of bones, caressing a controller that looks like a deep-sea isopod ate a Milton Bradley Simon game.

Saul has become a type of sick oracle for the evolutionary era, kept alive by the aforementioned OrchiBed, which analyses his body and reacts to the new organs that keep growing inside of it. Caprice isn’t the only one who is enthralled by the immense potential of Saul’s body. When Saul comes around, even Timlin (Kristen Stewart), the stuttering mouse girl who works at the NOR, can’t help but let her freak flag fly at full mast.

Crimes of the Future End

Saul has strange organs that he grows spontaneously, but he always trims them down. Because he believes cancer is caused by an organ that serves no purpose. People around him, however, see this as the body organically evolving and believe that what Saul is doing is artificially inhibiting natural evolution. His father wishes to perform an autopsy to demonstrate to the rest of the world that this can happen. When doctors finally execute the surgery on him, the insides of his organs appear to be weird. They’re covered in strange graffiti. When his father sees this, he sobs.

Saul converses with his police contact, who appears to be telling the authorities. He also discussed the situation with his point of contact for help. Kristen Stewart’s character was the one who changed the organ to stop it from over-evolving. She has an odd personality. She is also enamored with Saul because she was the one who went to the ordinance and changed it. 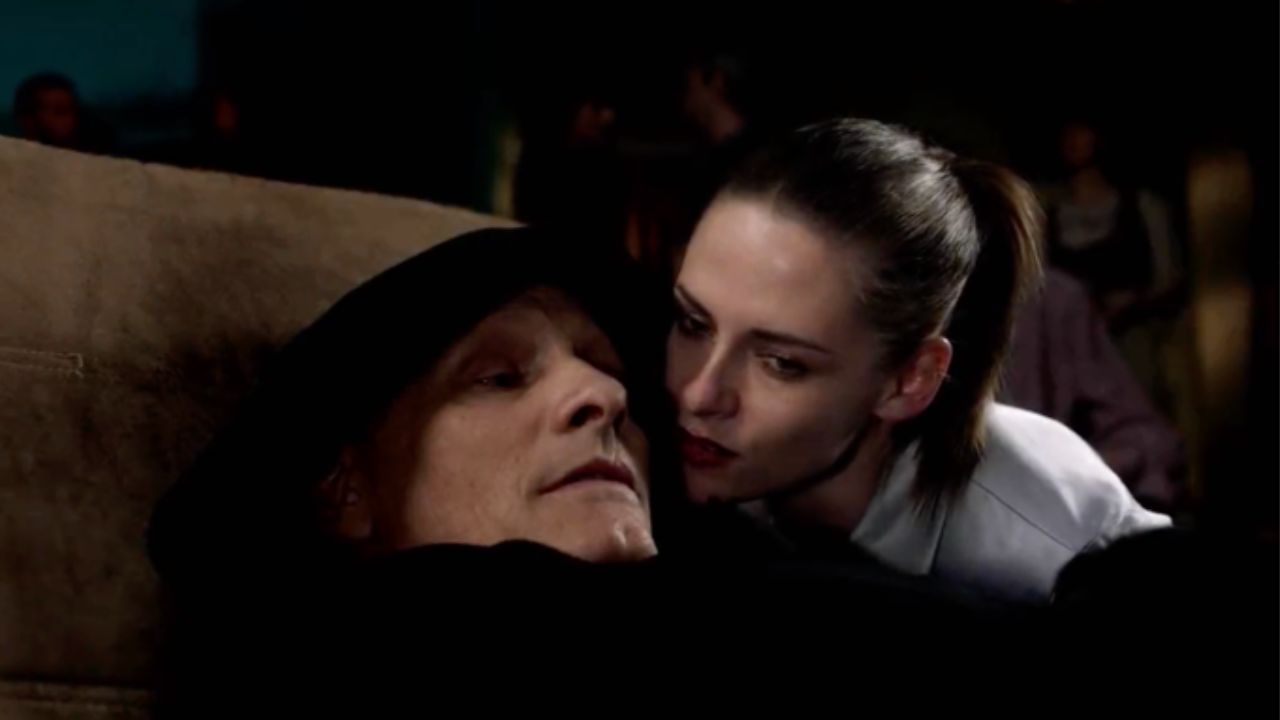 Crimes of the Future

Caprice has a horrible nightmare in her mind. She is terrified. Outside of his chair, she notices Saul asleep on the ground. She approaches him, and they have a lengthy conversation. He inquires as to what he was dreaming about. He claims he had a dream about his father doing a family autopsy. He claims that they were both in charge of all the work in the dream. They kiss after that.

Caprice then obtains a purple plastic bar and the camera, which she uses to record. When he takes a bite, the chair begins to move erratically. His expression changes to one of ecstasy. Everything is in a good mood. Perhaps the chair assisted him in digesting the bar. He has finally accepted the fact that he will be eating plastic.

At last, there is a scene Caprice gets down on her knees, unzips the fly that is running across Saul’s stomach and does something.