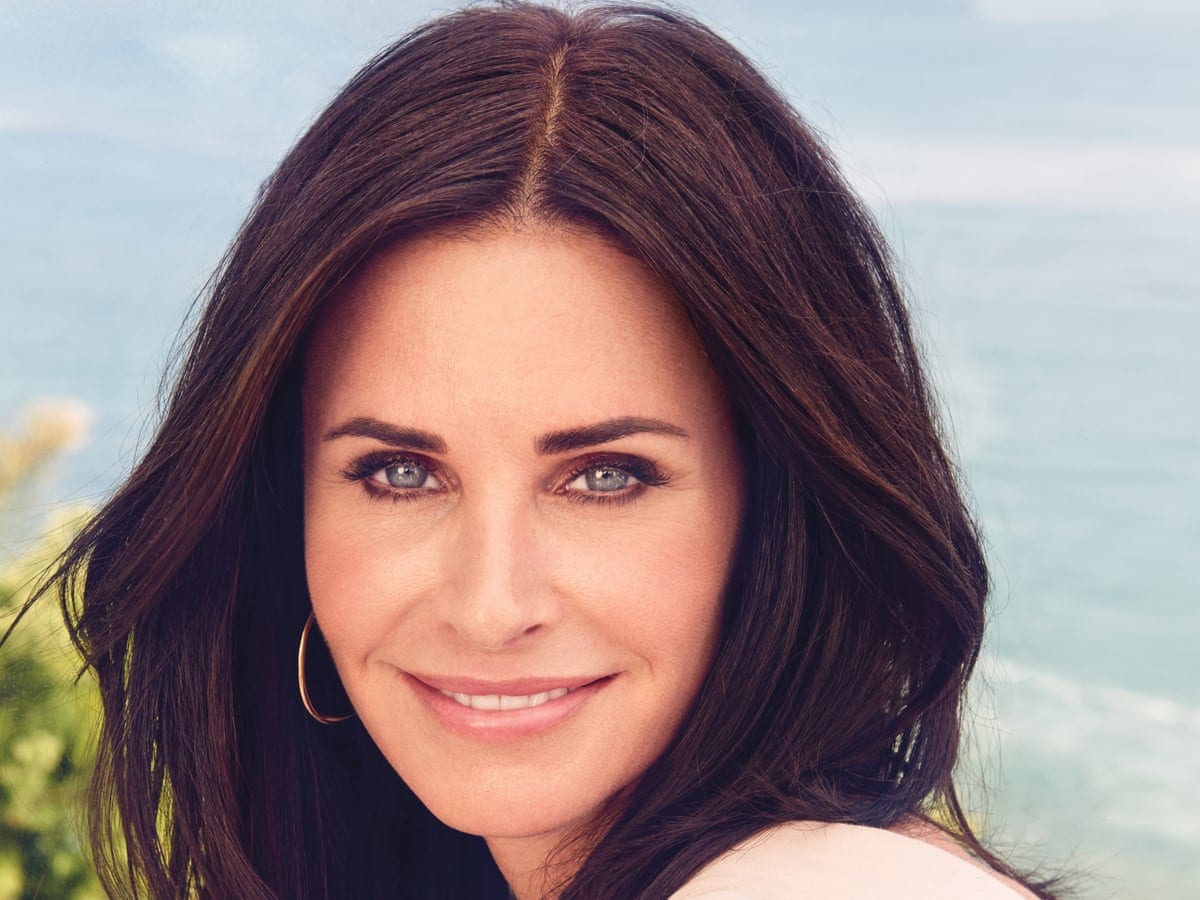 Friends reunion is one of the most anticipated special episodes the fans are waiting for and Courteney Cox has spilled some updates regarding the upcoming reunion. Many shows have been arranging reunion special segments for their fans. However, Friends is the one that has been making the fans crazy even before they announced the special episode. The fans were so desperate for a reunion that they even created fan-made teasers involving the cast. But, they don’t have to worry anymore. The Freinds reunion was announced a long time ago. But, due to the pandemic, it was put to a halt. Now, it has completed the filming and will air soon. Also, Courteney Cox who plays Monica Geller on the show has teased the fans about the upcoming episode on the Ellen DeGeneres show. So, without any longer much let’s find out.

Courteney Cox was one of the main cast among the six others on the sitcom Friends.  The show aired back in 1994, and even after 26 years of its debut, it is one of the most frequently watched sitcoms in the world. Generations have enjoyed it and many consider it as a classic. 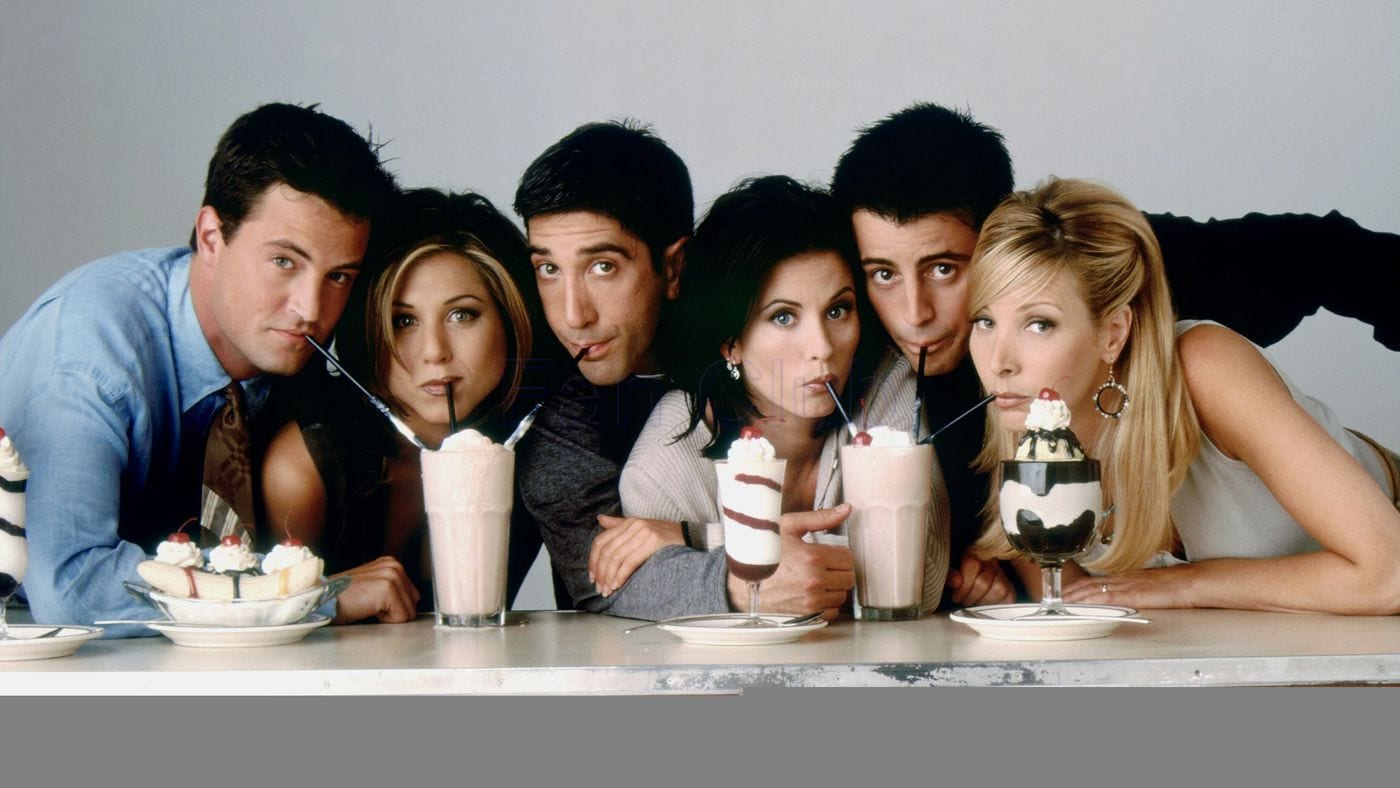 The 56-year-old who plays Monica on the sitcom was recently in a conversation with Ellen DeGeneres. The two talked about stuff before Cox opened up about the upcoming reunion. The host of the Facebook Watch series 9 Months couldn’t control her emotions and said that filming the unscripted episode was “emotional.”

The actress did not spill much information about the upcoming episode. However, she completely spilled how she fell while working with the cast after seven years. She reunited with the other five- Jennifer Aniston, Lisa Kudrow, Matt LeBlanc, Matthew Perry, and David Schwimmer. Moreover, they all were together on Stage 24 after 17 years. Cox described that she was “so emotional” at that time.

She also confessed that the viewers can expect many surprises on the reunion episode. The release date of the show is not decided yet by HBO Max. The reunion initially begins production last year. Moreover, according to schedule, it was also supposed to air back in 2020. But, due to the pandemic, everything was postponed.

Ben Winston directs the reunion episode, while all taping was done at the sitcom’s original soundstage, Stage 24, on the Warner Bros. Studio lot in Burbank.  Friends creators Kevin Bright, Marta Kauffman, and David Crane are executively producing the reunion along with the star cast. Meanwhile, Emma Conway and James Longman are the co-executive producers. The reunion comes from Warner Bros. Unscripted & Alternative Television and Fulwell 73 Productions.

Back when the show was airing- it had multiple star guests on the show. From Julia Roberts, Bruce Willis, Reese Witherspoon to Winona Ryder, many made appearances. This time, it is speculated that Canadian singer, Justin Bieber, will make a small cameo in the Friends reunion episode.

While talking about the upcoming Friends reunion, Cox told the story behind the infamous fountain, which appears in the opening theme. She said that they were all in the fountain for a very long time. “Somebody thought that would just be really fun, and let me tell you what happens, it is not fun to be dancing in a fountain for hours and hours.” She added.

Moreover, she said that she remembers shooting with Matthew Perry. Cox said that they both did not know each other back then, but what he said was “So Matthew.” He said that he can’t remember a time when he is not in a fountain. Well, could he be any more sarcastic? 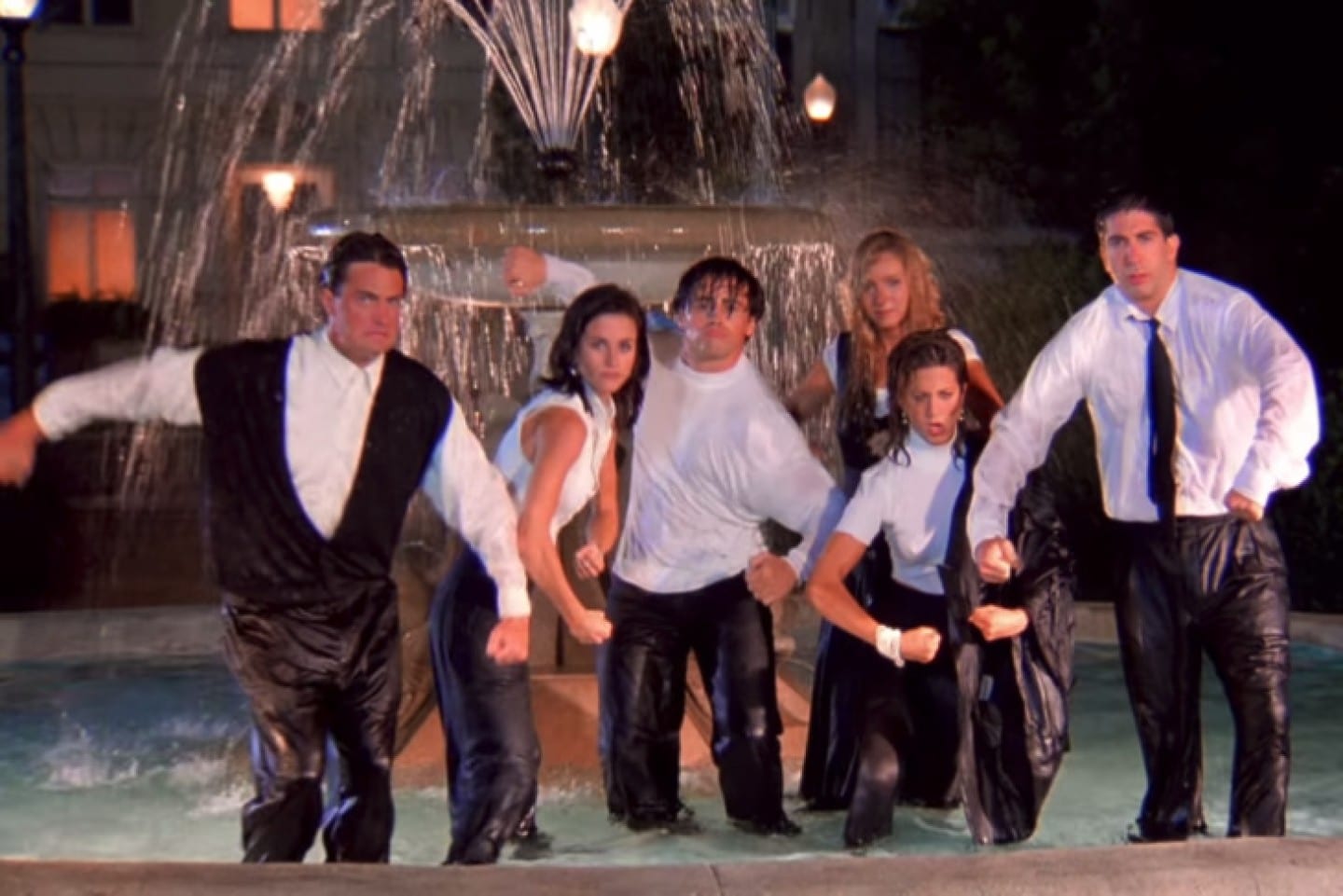 Friends is an American sitcom revolving around the lives of six friends in their mid-20s as they figure out love, life, and friendship. The show ran for ten years- 1994 to 2004.

The show is a global phenomenon and is considered the best English-language sitcom in many. Moreover, the cultural impact set by Friends is crazy. Previously, a psychologist stated that watching Friends can actually make one happy. It is also believed that Friends is an influence on the other “hangout sitcoms” that were released after Friends or during Friends. So, it’s okay to say that millions of fans are waiting for the reunion special.

You can watch all the ten episodes of Friends here on Netflix.