Cory Booker Net Worth: How Rich is The US Senator? 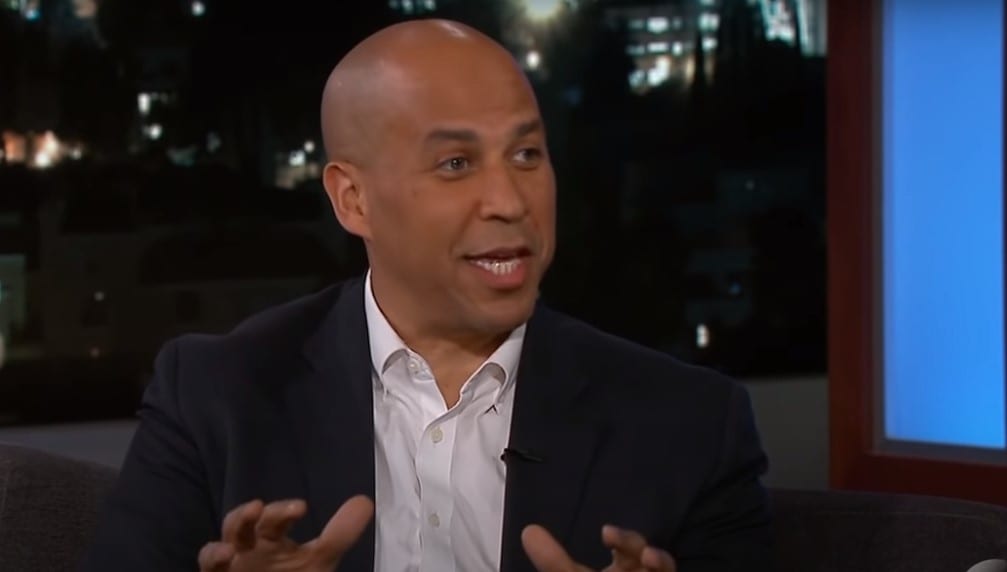 We will discuss Baby Boomer United States Senator Cory Booker Net Worth in this article. Furthermore, Cory Booker is a Senator from New Jersey who works alongside Senator Robert Menendez since 2013. And has championed left-wing causes throughout his careers like climate change, same-sex marriage, birth control, immigration policies, and single-payer healthcare. It’s worth mentioning that this notorious, media-savvy senator is a cousin to RuPaul and currently dates Latina actress and political activist Rosario Dawson.

Cory Booker is an American politician born in Washington DC who studied in Ivy-League universities. Thus, his political views and alignments are a byproduct of that academic formation. Additionally, he’s a democratic party diversity poster boy with a lot to offer to his voter base. He’s media-savvy, oftentimes appearing in streaming platforms and on conventional media like radio and TV. And he’s not shy to do it, keep reading on as we will show you a couple of things regarding this Senator, like his net worth, his pressing issues, and place of birth in this Otakukart article.

Cory Booker is estimated to be worth $500,000. Cory Booker was born on April 27, 1969, and he’s the quintessential baby boomer democrat of these times. Firstly he went to Stanford University, graduating from that institution in 1991 with a Political Sciences diploma, then he went to Great Britain to study in the prestigious University of Oxford under the Rhodes Scholarship in the mid-1990s, where he received a degree in history. And then, he went to finish his studies in Connecticut at the Yale Law School.

This African-American legislator possesses multiple sources of income. Firstly, he’s a US Senator, so he’s entitled to receive his $174K paycheck. Secondly, Cory Booker has book royalties, company stocks like eBay, Amazon, Netflix, and Facebook. He has some other assets like his house in Newark. Lastly, Cory Booker disclosed earlier in 2019 that he had a vested interest in “Waywire”, a start-up company back in 2012.

Rosario Dawson Moved in with Cory Booker a Month Ago

Latina actress Rosario Dawson (Avatar, Clerks 2) moved in with New Jersey US Senator Cory Booker a month ago. The couple now lives in a 2800-square-feet house in Newark. And Rosario Dawson told to People Magazine that the move was “a new chapter” in her life. Initially, the 42-year-old California-based Mandalorian star made a big road trip from her previous home to the new house she now shares with Booker in the Garden State. Incidentally, her father’s battle with pancreatic cancer hasn’t stopped Dawson from reaching out to the public and supporting her partner in his political aspirations.

Rosario Dawson and Cory Booker are both vegans, enjoy literature, political activism causes, and enjoy audiobooks. On that last point, if you keep reading this Otakukart article, you will learn the cutest thing about the senator and the actress’ nighttime reading habits, reading lists, and what Rosario Dawson is up to this year after the pandemic.

Also Read: Who Is Cory Booker Dating in 2021, The Girl Seen With The Senator?

Senator Cory Booker met political activist and artist Rosario Dawson at a fundraiser party back in 2018. Since then, they got together and shared many common interests. Furthermore, Dawson praises her partner’s commitments to political causes and engages in platforms for voter empowerment. Lastly, Rosario Dawson claims to be “thrilled” to be living now with Booker in New Jersey, the Tri-State area with liberal democrats must have its perks for sure.

What is Rosario Dawson up to?

Rosario Dawson is Cory Booker’s partner, in 2021, she’s off to promote a clothing line by designer David Oyelowo. Secondly, she will be dedicating this season to finishing a drama miniseries on the Opioid epidemic for Hulu and a comic-book adaptation.  Thirdly, the previous 2020, the pandemic year, was easy for Dawson as she quarantined with Booker. And she’s now planning to travel to Ghana and Sierra Leone once the travel restrictions are over.

Rosario Dawson paired up with luxury brand Pandora Brilliance for the promotion of lab-made jewelry. The brand offers all sorts of trinkets like earrings, necklaces, and rings at affordable prices to women worldwide. Likewise, actress Rosario Dawson is a big fan of rings and loves to show the Pandora Brilliance rings in her Instagram account every time she can. She says they “feel luxurious and that she can wear them every day.”

As for her reading habits, while Cory Booker is always ahead in reading. She’s been credited with reading Glennon Doyle’s “Untamed”. In this sense, Booker is an avid reader in his long-distance relationship with Dawson used to read her to bed. To sum things up, this Democrat-Hollywood couple loves to hear audiobooks when they’re together and away, going as far as Booker reading David Benioff’s “City of Thieves” to Dawson via FaceTime.

Who Is Traci Lynn Johnson & What is She Famous For?

Who Are Devin Booker’s Parents? All You Need To Know