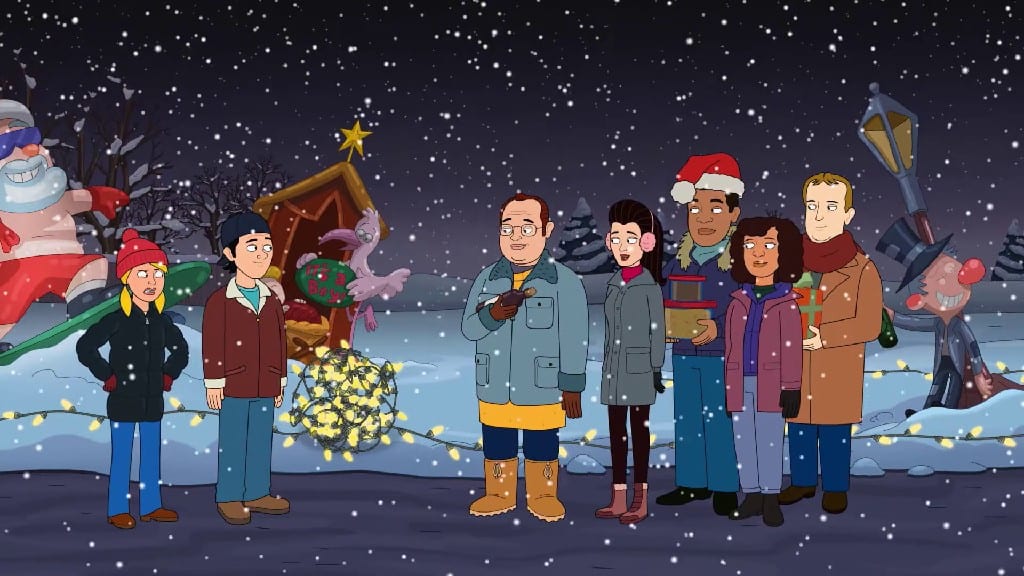 Corner Gas Animated Season 4 Episode 1 is bringing all the fears worth fighting for. Yes, the characters are facing their fears, going on new rides, and trying something new this season. We have to say it’s a fresh start after the way season three ended on such a beautiful Christmas. We saw so much love being shared here and there. Except for some crooked behaviors from Oscar and Emma. But even that ended well towards the closure of the season. So what’s next for the characters as there is a new light of the day. Let’s find out.

The last time we watched Corner Gas Animated, we saw the love that blooms between Brent and Lacey. They both tried to bring something special for each other. Although it didn’t go perfect, their love was perfect that Christmas. The Kind Hank finally got some break from helping people who used him when Wanda brought him the perfect Christmas. Talking about Wanda, she had a perfect Christmas Revenge from Karen and Davis too. So let’s break down the finale of the previous season. Then we will see what we can expect from Corner Gas Animated Season 4 Episode 1.

Last time on Corner Gas Animated, we had Brent prepare a gift for Lacey for some Christmas present exchange. Wanda ends up advising to make it more personal and creative than gifting regular jewelry. Oscar is excited about the party, but Emma is quite sick and is not interested in doing work for the Christmas Party. Lacey is quite late for making her gift as Davis calls Karen to let her know about the strange phenomenon happening with their equipment. Only to realize it, Wanda doing some new experiments with lights. 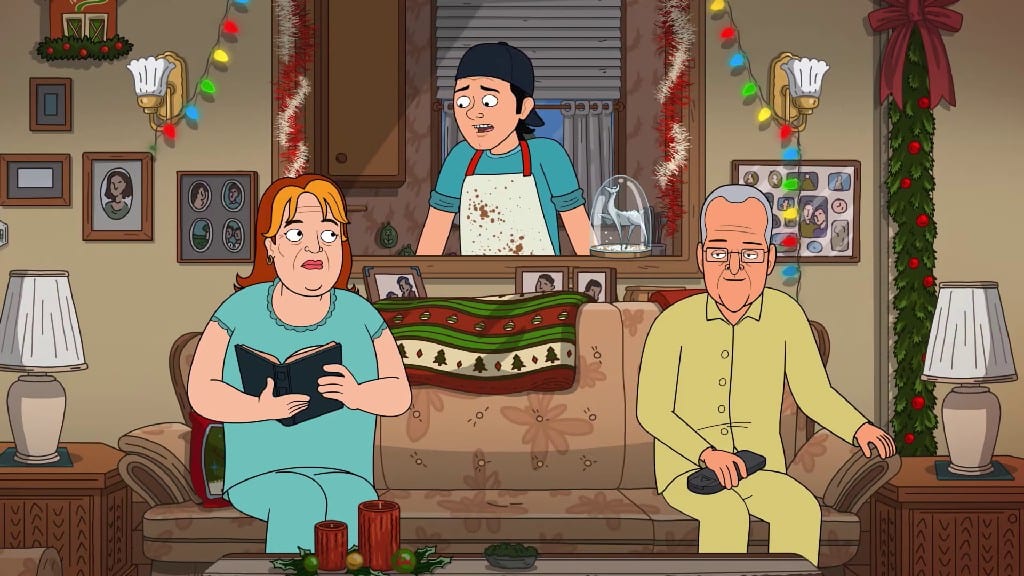 As Lacey tries to keep the gift as a secret from Brent, the word Christmas Moose slips out as tradition. This leaves Brent searching for the meaning of it asking Hank. Until Oscar comes in and recruits Hank for help at the party suggesting he is sick. As Hank arrives, he realizes Emma is sick too. But they are both faking it as they leave Hank to help. Brent realizes Lacey might be missing her Christmas traditions and starts working to make her feel at home.

As Karen and Davis takeaway Wanda’s lights. She decides to give them an ultimate Christmas gift. It goes from sabotaging their car with Christmas lights to changing the sound of their sirens. Meanwhile, Oscar and Emma use Hank and his kindness and try to get their all work done. Thus leaving Hank to forget about his own Christmas. Lastly, Lacey comes up with another tradition to take Brent’s size, who still tries to figure out the best gift for her. 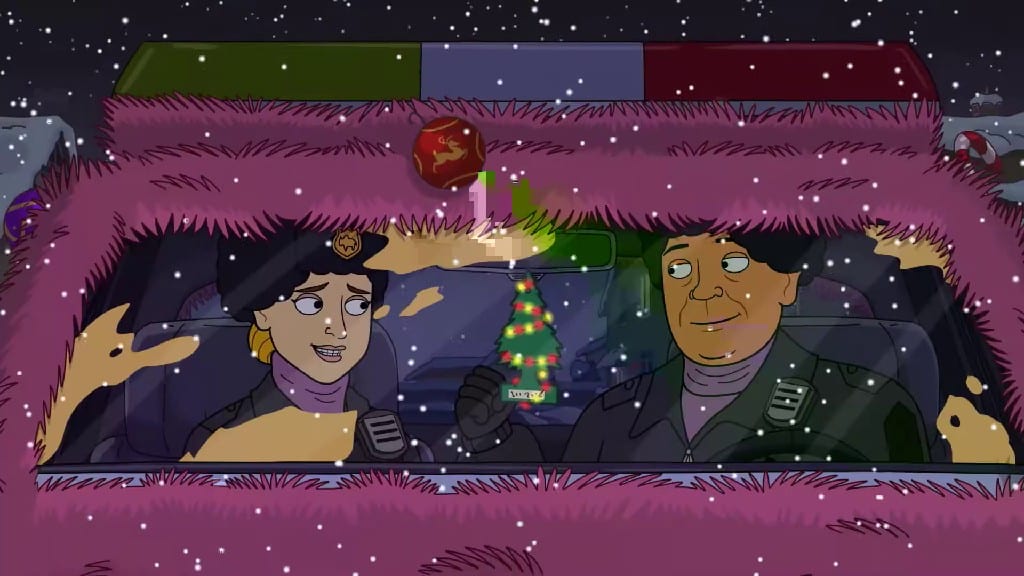 The episode comes to an end with Cops trying to call a truce by giving back Lacey her lights, but she already got them on using towns. Brent does come up with a personalized gift, but it turns out all the traditions Lacey told were made up. Thus revealing the gift for which she made this. They both reconcile. After all the trouble Hank goes through, Wanda makes Christmas special for him. Everyone arrives at Hank’s place to celebrate, leaving Oscar’s party behind to close the episode. Oscar and Emma arrive late to reconcile with Hank.

Corner Gas Animated Season 4 Episode 1 is titled, “Parachute The Messenger”. According to the official synopsis of the episode, we may see Lacey facing her biggest fears yet. That is sky diving. But not to worry as Brent and Wanda are right there to have her back. They will be helping her to get over her fear. Coming to Hank, as kind, he is we will see him become Town’s messenger while Oscar joins Karen and Davis on an investigation.