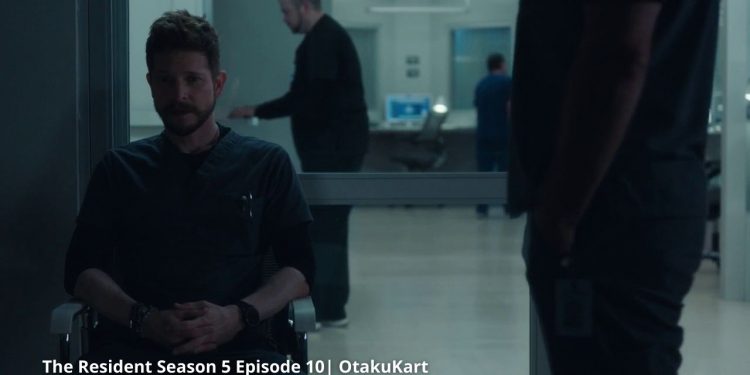 The Resident Season 5 Episode 10 may see Conrad finding a friend he needed at this point. He has been all alone with Gigi since Nic’s death. Now he may finally have someone to hang out with. Apart from that, Devon has been planning to shift his focus to clinical trials recently. But for starters, things haven’t been great on the day he was going to present his Grant Proposal. He was assigned to interview Doctors and was burned out finding the right one at that point. Also, with the Grant Proposal thing as well.

Coming to the patients recently, Conrad and Trevor met a guy who relies a lot on luck. He believes there are several times he managed to stay alive slightly. But will that same happen with the heart problem he is having? He needs a pacemaker, but he isn’t ready for the same. Devi, on the other hand, is doubting herself when she is asked to make a decision for one of her patients. Dr. Bell might not make it on surgery, it’s all on her deciding what she believes is right.

Previously on The Resident Season 5, we opened up with Conrad and Trevor working on a patient who complained about the other. She claims something is wrong with him as he drives the bike right into her. Dr. Devi checks into Britt, who has a benign tumor causing her pain. There are always risks in such surgeries. But avoiding operation is also not an option. Devi needs to analyze everything right, from talking to the patient to determining the need for the surgery.

So, Conrad and Trevor talked to this man named Wyatt, who drove his bike into a woman. Turns out his heart rate is slowing down, and that’s what made him pass out. To solve the same and save him from dying, Doctors believe he needs a pacemaker. But the thing is, Wyatt is a man of Faith, and in past, several times, he has luckily survived. He believes the god is looking upon himself, and he will be the only one to save him. So he doesn’t need the pacemaker at all even though he may almost certainly die.

Coming to Devi, her patient Britt was really scared about the surgery. She believes in Devi to make a decision for her. Devi asks Bell for guidance, and he says she will figure out the best way only on her own. So Devi is deciding to go with the surgery and asks Britt to sign up for the same. Britt asks her if she has done this before, Devi hasn’t, but Bell will be there, who has been part of these surgeries before.

Coming back to Wyatt, even Dr. Malco tried talking to him, but it didn’t work. He is sticking to his decision not to get a pacemaker. Trevor went out of his way to find a way to save him but was advised by Conrad and AJ to not push him. After all, it’s Wyatt’s body. Therefore, Wyatt took his last breath with Conrad and Trevor in the room as Trevor saw his career’s first patient dying that made him shed a tear.

Coming to Devi, despite Dr. Bell not being in the same room, she took care of the surgery very well. Apart from all of this, Devon was busy taking interviews for his replacement and burned out not finding them. We saw Padma wanting to introduce a Yoga Program at the hospital. Lastly, Bell believes something is wrong with him and wants Conrad to examine him.

The Resident Season 5 Episode 10 is releasing on 7 December 2021. It is titled “Unknown Origin”. The official synopsis of the episode suggests Conrad may have found a new friend from Kit’s new program. Kit is bringing an experimental Flight Go team program into force. It’s the first day of the same, and it will require Conrad to go into the field and work things out. Meanwhile, a patient with a mysterious fever walks into the hospital. We are also wondering where Devon’s future with clinical trials goes from here on after his grant proposal saw with interviews.