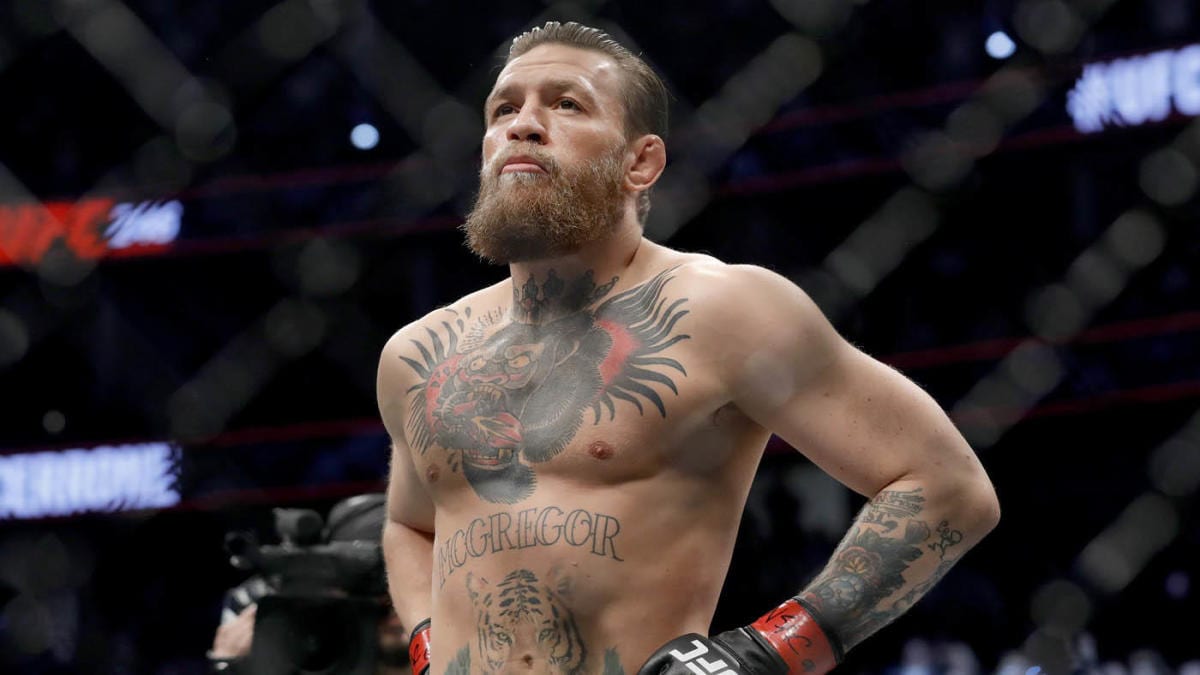 Conor McGregor is one of the established names that comes to our mind, the moment we think of UFC. The Notorious has made quite a name for himself as one of the major attractions to the UFC events. Thus garnering a huge number of crowds to these events. A former Ultimate Fighting Champion in the featherweight division as well as a lightweight double-champion. The star has garnered and headlined five out of the seven highest-selling UFC pay-per-view events. Apart from the UFC, the MMA star was probably the first to bring out the crossover event which saw him go against Floyd Mayweather. Thus bringing in more stars like Jake Paul to these boxing games.

So, becoming one of the well-known stars around the world and literally one of the faces of UFC. Conor McGregor is someone who is paid to even show up at an event. People often think about what made him the star he is today and the reasons he makes this hefty amount. So here we are taking a look at his Net Worth in 2021, how much he earns through an event today, his endorsements, sponsorships, and other business ventures. Plus his early life and strong career built to this status.

Conor McGregor’s Net Worth is $200 Million in 2021 as we know. An amount that has been increasing for a while now with his high-profile matches and events. Back in 2017, when McGregor fought Floyd Mayweather in a mega event he earned £61million with r £10m of sponsorship. If we are only counting on his UFC career, that would be around $115 million. Apart from that endorsements of products such as Burger King, Beats by Dre, and Anheuser-Busch.

Count his investments as well. He owns Proper 12 whiskey brand which is one of his business ventures. Conor’s media house The Mac Life, then a menswear brand, and his sports management company Mcgregor Sports And Entertainment. The one he formed in partnership with A-list tailor David Heil. They all contribute to the MMA fighter’s income and his lavish lifestyle.

Conor McGregor was born on 14 July 1988 to parents Tony and Margaret McGregor. He hails from Crumlin, Dublin, Ireland. He studied at Irish-language schools,  the Gaelscoil Scoil Mológa, in Harold’s Cross and then Gaelcholáiste Coláiste de hÍde in Tallaght. During his secondary years, he developed a love for sports, especially football. He played for Lourdes Celtic Football Club during his younger days. 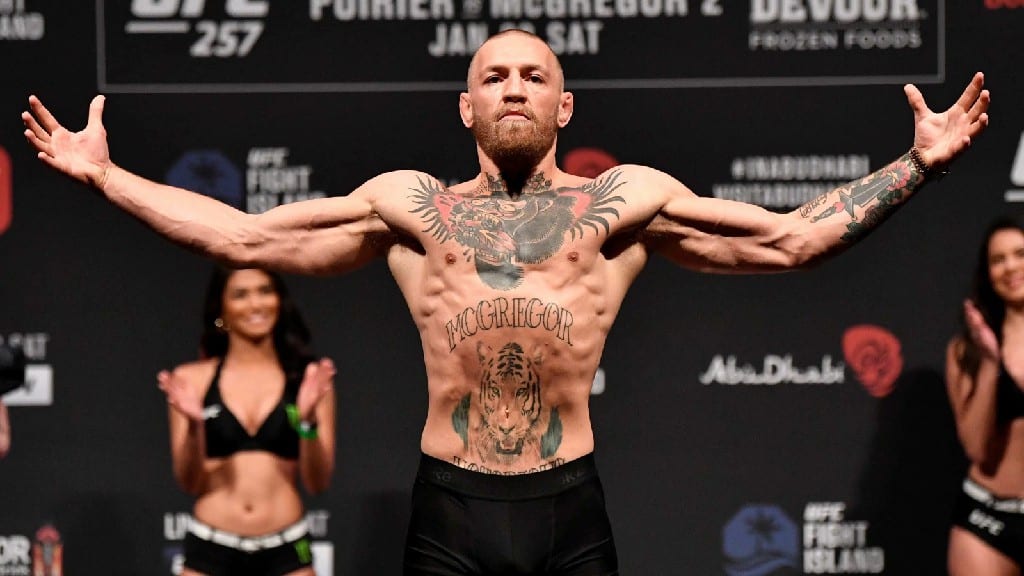 At the age of 12, McGregor started learning boxing at Crumlin Boxing Club in order to defend himself from the bullies. McGregor’s family late moved to Lucan, Dublin. Ther McGregor commenced a plumbing apprenticeship before meeting future UFC fighter Tom Egan with whom he started his journey of mixed martial arts.

Also Read: How Much Did Jake Paul Make From His Recent Fight With Ben Arsken?

Conor McGregor made his professional MMA debut beating Gary Morris with a second-round TKO. Then jumping to featherweight and lightweight and a few wins and losses here and there. McGregor embarked on an eight-fight winning streak where he won both CWFC Featherweight and Lightweight championships. Thus the victory made him the first European professional MMA fighter to do so. In 2013, UFC President Dana White met McGregor, and after a talk with UFC CEO Lorenzo Fertitta offered him a UFC contract. 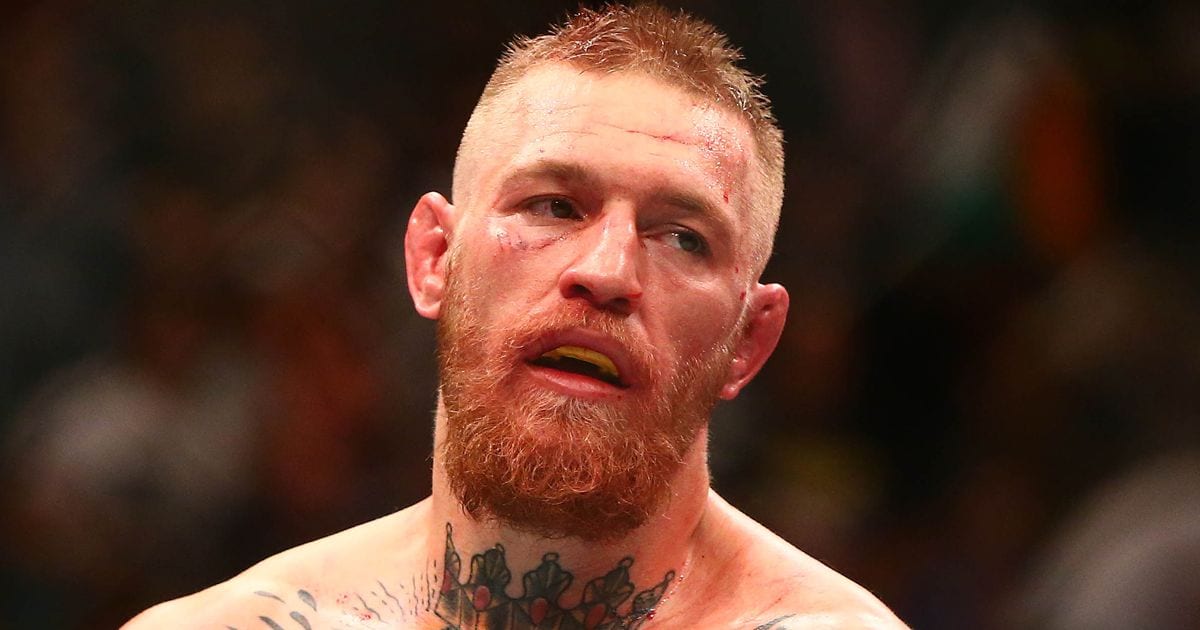 Conor McGregor debuted beating Marcus Brimage in front of a whopping loud crowd. The winning knockout earned him the “Knockout of the Night” award. From then on, McGregor started building his name as the “Notorious”. He then went on to beat Diego Brandao, Dustin Poirier, and Dennis Silver. This leading to the highly anticipated fight against José Aldo for the Interim Featherweight Championship which McGregor won with a TKO. Then met with his first loss against Nate Diaz in 2016 before defeating him in a rematch the same year. The event went on to break the record for the highest-selling pay-per-view in UFC history, with 1,650,000 buys.

Conor McGregor’s name became huge in the UFC Industry eventually become synonyms in turn. Then standing up for a cross-over match against Floyd Mayweather in a boxing match. The first-ever professional boxing match of McGregor against the undefeated Floyd Mayweather earned huge attendance and was expected to be the richest in boxing history. It ended with Mayweather standing tall against McGregor. Returning to UFC in 2020, Conor defeated Donald “Cowboy” Cerrone in 2020. He was guaranteed $5 million for the fight. Then more recently, in 2021, Conor lost to Dustin Poirier, still guaranteed the same amount of money.

Also Read: Henry Cejudo Net Worth And Journey To Success