Complete List Of Kpop Predictions That Became Reality In 2021 Kpop is a colossal world, with millions of fans residing in every corner of the globe. And, every new year, fans list a few predictions which they believe could come true in the year. In 2021, Kpop fans predicted several theories. However, some turned out to be accurate, and some couldn’t make it. Luckily, a lot of 2021 Kpop predictions have turned into reality this year. While fans are creating their 2022 Kpop prediction list, we will share the ones that came true this year.

From SHINee’s comeback to ATEEZ’s Mingi’s hiatus, many Kpop theories were proved right. Undoubtedly, the Kpop fans are the biggest spies, who create the most-possible prediction every year. Hence, we are not shocked by the results. In 2021, many Kpop idols sat down from group activities due to personal reasons. Luckily, all of them returned to activities as per the predictions. Apart from long breaks, predictions regarding comebacks were made a reality too.

SHINee made its comeback in 2018 with the compilation album The Story of Light Epilogue. Since then, the group’s oldest members have completed their military enlistment services. Hence, fans predicted that in 2021, SHINee would make its long-awaited debut. And, the maknae, Taemin, will enlist in the military.

The group released Don’t Call Me in February; fans were right. And the repackaged album, The Atlantis, came out in April.

Another Member From BLACKPINK Will Make A Solo Debut

Fans and BLINKs predicted that another Blackpink member (Jennie) would make its solo debut in 2021. This Kpop prediction for 2021 came true as not one but two members from the girl group established their solo careers.

In March, Rose dropped On The Ground from the album R. Meanwhile, Lisa broke records with LALISA, released in November.

EXO Would Make A Comeback After D.O’s Return From Military

EXO-L’s were waiting for EXO to make a comeback after D.O’s return from his military enlistment. This Kpop prediction from 2021 turned out to be confirmed with the single, Don’t Fight The Feeling. The SM boy group released Obsession in 2019, their last activity as a whole group.

Apart from that, D.O also made his solo debut in 2021 with Empathy.

An Older Kpop Group Will Rose To Popularity

Kpop lovers predicted that in 2021, a lesser-known yet old group would garner huge success. Brave Girls made the prediction turn into reality, as they became the ‘Nugu’ group to break several records in the Kpop industry.

Their song, Rollin, became an instant hit after four years of its original release. In 2021, Brave Girls topped the Brand Reputation Ranking charts and made a successful comeback with Chi Mat Ba Ram.

ATEEZ’s Mingi Will Return From The Hiatus

ATEEZ’s member and rapper, Mingi, has been sitting out on several group activities since November 2020. Due to mental health issues, he decided to take a break. However, fans were eagerly waiting for him to return. As per their prediction, Mingi returned to the group in July and was an active member during the promotion of ERO: FEVER Part.3 in September.

Another one on the list was to see a rookie group, in particular, ENHYPEN, achieve global success. The BE: LIFT Lab boy group made their debut just a year ago. But, their music is contributing to making them world stars.

The group released Border: Carnival and Dimension: Dilemma in 2021, and both of them became bestsellers in Korea. Plus, they received many awards, including the Rookie Artist of the Year” award at the 2021 Golden Disc Awards.

One of the predictions made by Kpop fans in 2021 was that Red Velvet would make their comeback, and Wendy would return from Hiatus. Wendy faced a terrifying accident during rehearsals in 2019. And ever since, she was on a long break, as she was receiving extensive care medically. Fortunately, Wendy got well after a recovering period of one and a half years and made her solo comeback with Like Water. Furthermore, Red Velvet made a comeback as an entire group with Queendom in August.

Luckily, most of the Kpop predictions drafted for 2021 came true. Fans are waiting to see their new list become a reality. Do you have any predictions for the future? 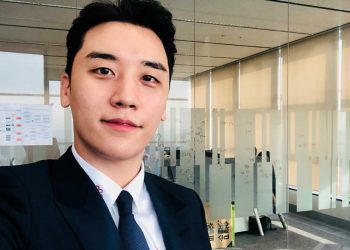