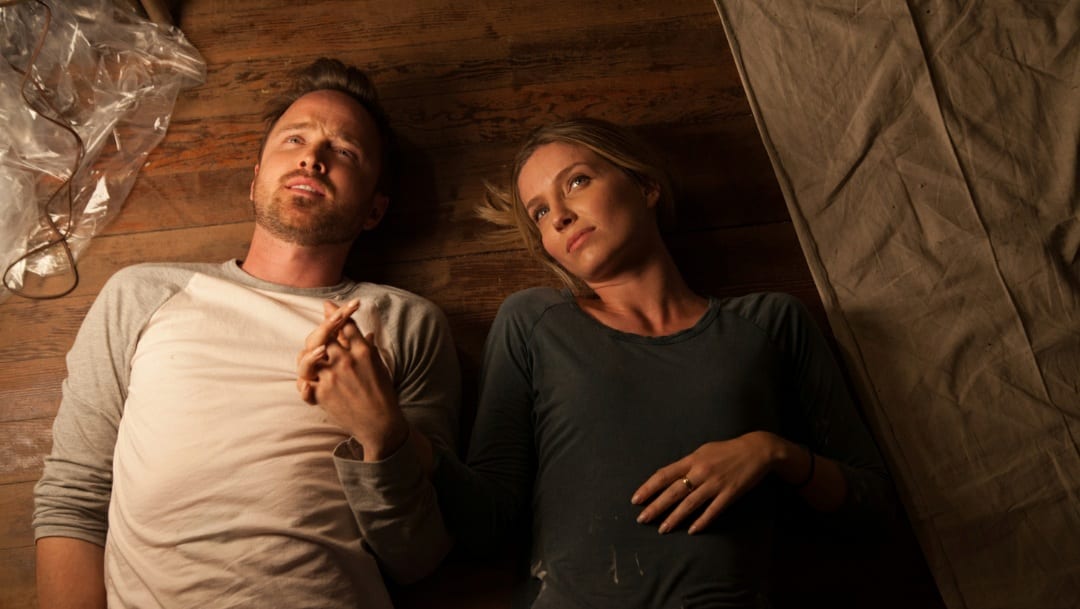 Come and Find Me

Come and Find Me is a thriller involving a man trying to find her girl who goes missing. As he tries to unravel the mystery around her disappearance and herself, he exposes himself to various dangerous groups. With the increasing threat and untangling threads, his girlfriend’s identity becomes more mysterious. Directed and written by Zack Whedon, Come and Find Me is a drama thriller starring Aaron Paul and Annabelle Wallis. Also starring are Enver Gjokaj and Garret Dillahunt. Leon Clarance, Chris Ferguson, and Brian Kavanaugh-Jones serve as producers. Nate Walcott has composed the music. Sean Stiegemeiser handles the cinematography while Greg Ng handles the editing. 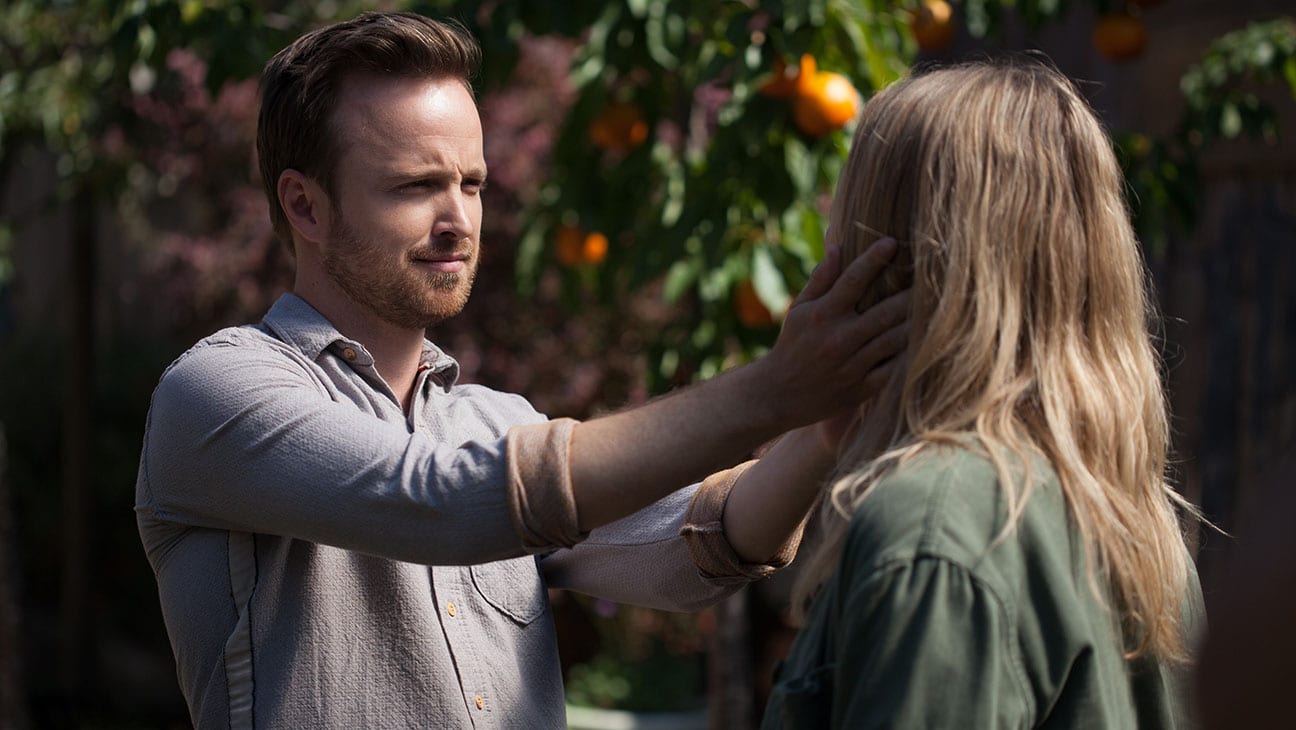 Aaron Paul and Annabelle Wallis star as a couple in the film.

What Happens In The Film?

The plot follows a young couple, David and Claire. The first time we meet them, they’re role-playing their first encounter. They are a loving couple, but Claire bears secrets that she keeps from David. One day, Claire suddenly disappears, leaving David to start looking for her everywhere. He tries contacting everyone he knows and even goes to the police, but to no avail. After a year since her disappearance, David is still not over his girlfriend’s sudden vanishing. Then one day, Claire’s friend Buck shows up at David’s apartment. Allowing him to stay there, David rides a bus through the city, remembering Claire. However, when he returns, David finds his apartment trashed by Buck, who was frantically searching for something. Buck the knocks David unconscious and storms out of the apartment. Following that, David starts searching for clues Buck may have missed.

David eventually finds a hidden stack of pictures. The picture is suspicious, one of them having a Russian mob place. David later tracks the place down in hopes of finding Claire. There, a man captures him and tortures him, asking him why he came there. He eventually released David, realizing he knows nothing. Meanwhile, the Russian mob sends one of their man, Alexandr. David subdues him and takes his money and the pictures. He then takes off to Vancouver to continue his search. He gets across a suspicious man Hall, who claims to be a US government agent. As David grows suspicious, Hall also catches up with him. But who is Hall really? And who’s Buck, and what does he have to do with magic. As David tries his best to untangle the mystery behind Claire’s disappearance, her identity becomes more elusive. 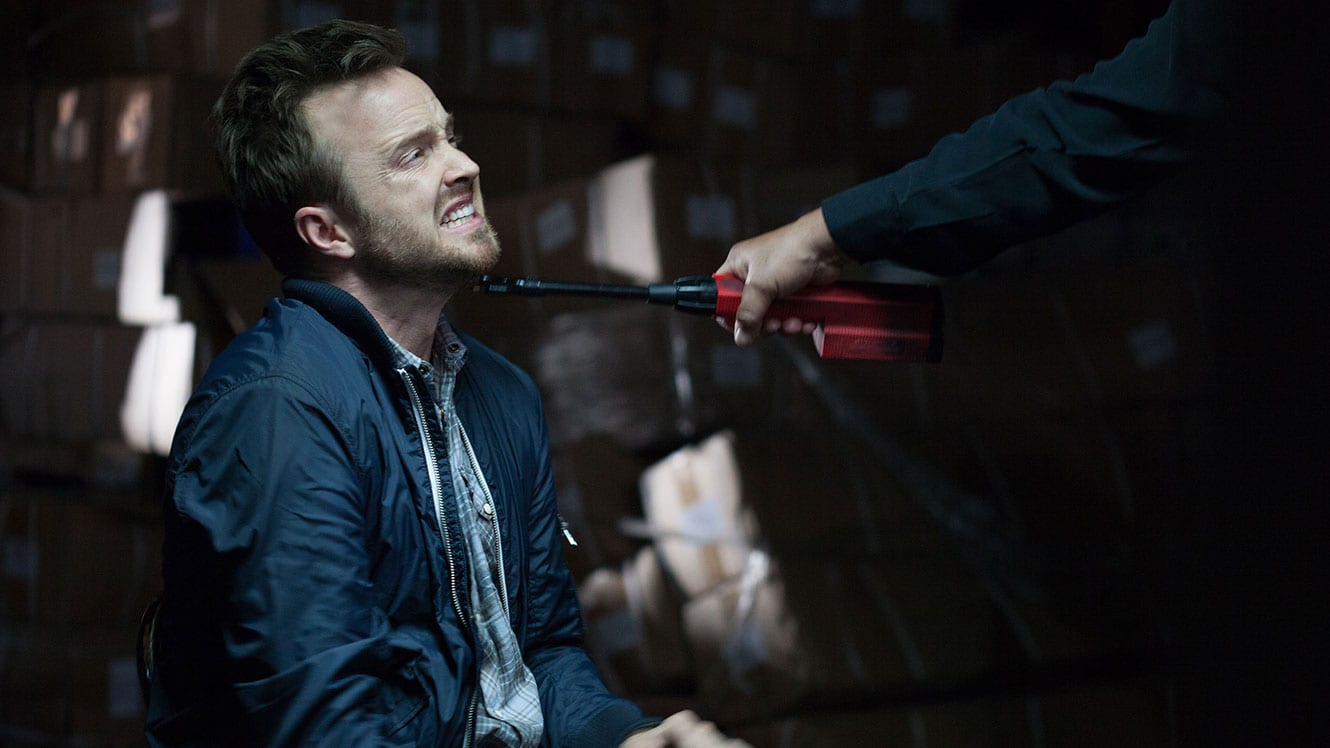 Come And Find Me Ending Explained

The film’s ending sees Hall capturing David and taking him hostage. While he tortures David, Claire arrives at the warehouse and kills the guards. Claire and David then go to their apartment together. Claire pulls out all the pictures which, as she explains to Seven are proof of Hall being a double agent. Before David and Claire can leave the house, Alexandr and Hall ensnare the couple from both sides. In the end, realizing they have no way out, they engage in a bare shootout with the two factions. As they start the countdown to the inevitable shootout, we see a series of cute flashbacks to their lovely relationship. The ending leaves much to speculate about Claire’s and David’s fate. I think it suffices to say that the couple doesn’t make it out alive. They were ambushed from all sides and had nowhere else to run.