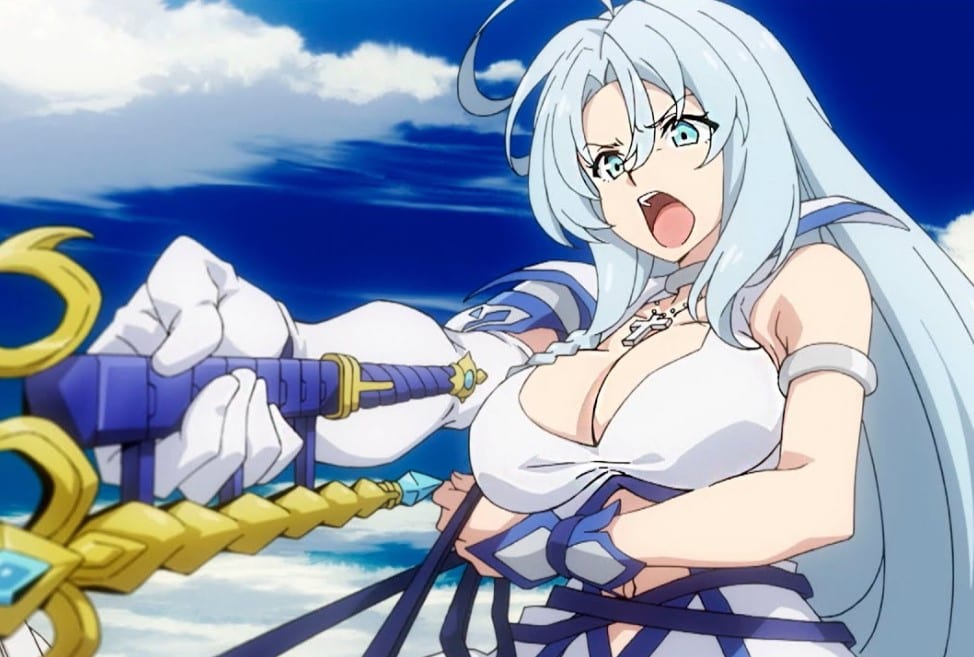 After defeating the Demon Lord’s army Agent, Six communicates with Astaroth. He reminds Astaroth about the deal they had just made. Astaroth apologizes that the teleportation device is not operating well. Agent Six reveals that Alice has told him the truth about why he is sent on Earth. He said to her that he would get his revenge when he returns. Astaroth told Agent Six that they would deal with that later. She talks about the latest volume of God’s Blessing that has started trending in their world.

Astaroth reminds Agent Six that it is one of the series that he loves, and she has brought it for him as an apology. Agent Six got furious and asked if his life is worth a single volume of KonoSawa. He told her if she feels sorry for him, she can marry him and be a stay-at-home husband. Astroth told Agent Six to throw those ideas away and submit the accurate report for his mission. She showed him his last report and asks what he means since it is written, he can’t come home yet. Agent Six comments that he has explained the situation.

Previously on Combatants Will Be Dispatched! Episode 7

Agent Six reveals that he can’t return home since he has become a new boss and can’t leave his cute people. Astaroth wonders if the war has broken out and it is stoping Agent Six from coming home. She reveals everything that Alice told her and that women are eyeing him. Agent Six told her to forget about that since everyone is his partner in war.

He reveals the battle that took place. Astaroth talks about their plans of conquering the world. She talks about the heroes that have launched a large-scale counterattack. Belial and Lilith are in a battle fighting in the front line, and they are facing tough opponents. Astaroth realizes that she is missing Agent Six, and he is the only man in their world.

They are afraid that if they lose Agent Six, it will be over for them, and their race will be finished. Agent Six notice that Astaroth is sad and cheers her to lighten up her mood. He told her that he would take care of everything and she can leave this world in his hands. Astaroth told him to come back with good results since he is the one who insists on staying for few days. She reminds him about their invasion, and he must focus on them. Agent Six replies that he need support to do that. They end up quarreling again since they can’t agree on one thing.

Astaroth reminds Agent Six that his mission was to invade a place to build his base. But he did the opposite and started to act like a hero trying to impress women.  Agent Six replies that he has earned a heroic name in this world, and they call him Zipperman. They continue to argue about the mission, but Astaroth is doing that since she is missing Agent Six. She realizes that she can keep talking with him by scolding him. Agent Six realizes that she is defeating him and come with a plan that will make her lose.

Snow arrived and told Agent Six that she wants her Flame Zapper sword, and it was on loan for five years. Agent Six realizes that he has broken the sword, and he hides it. Snow notice that Six is lying, and she asks him to tell the truth. Agent Six lied again and said that the sword was broken when he was fighting with the Demon Lord and lost. Later they encounter a demon who refuses to clean his toilet. The monster thought that he was a great scary devil. But Alice forced him to clean the bathroom.

Combatants Will Be Dispatched Episode 8 will release on Sunday, 23 May 2021, at 9:00 PM JST. You can watch Combatants online, AnimeLab.