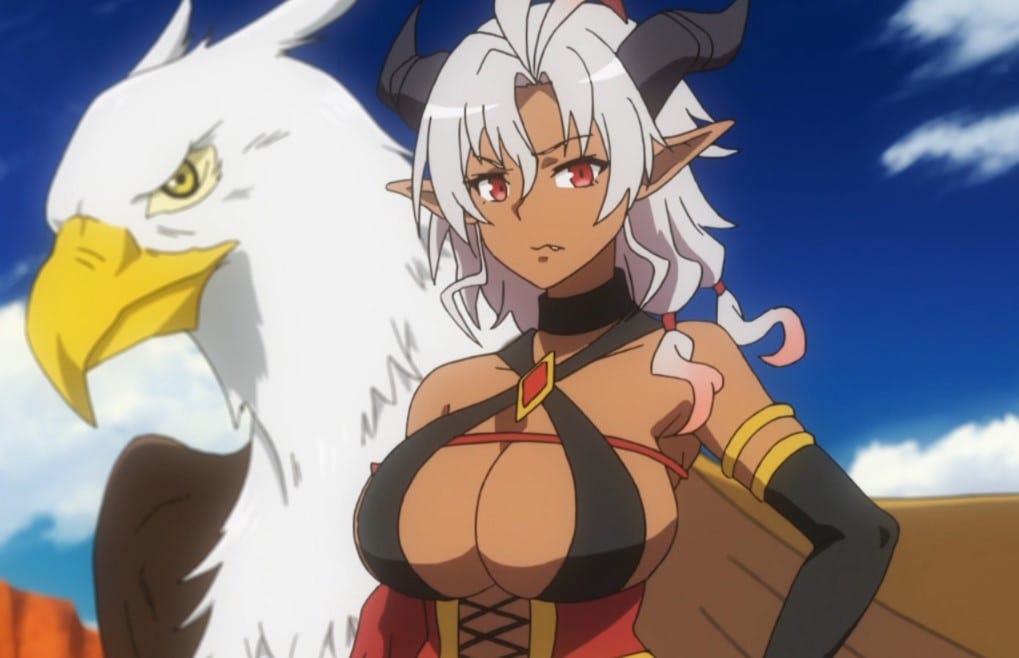 The Demon Army managed to make their way to the town and started attacking. Agent Six has reunited with Grimm, Rose, and Snow. They find that Heine of the flame is attacking the city leading the Demon Army. The warriors tried to block the Demon Army from reaching the royal castle. Heine is riding on a Golem, and the Golem army follows her. Grimm and Snow watch everything from the rooftop. Snow comments that this won’t last long. She asks Grimm if she can use her curses to do something about those Golems.

Grimm replies that Snow can leave the Golems to her, and Lord Zenarith’s powers are about to reach the hour when it peaks. She showed Snow pairs of rings that she confiscated from every couple in town by telling them she needed sacrifices to her god. The enemies have managed to reach the gate, and the royal palace guard decided to retreat to safety. One of the Golems punched the gate and broke it with a single powerful blow. The guards who when nearby also got blown away.

Previously on Combatants Will Be Dispatched! Episode 6

The flying dragons fly inside the royal capital, and Heine has entered the capital. She shouts, asking where Agent Six is, and comments that she won’t let Six leave alive. Snow and a tribe of woman warriors arrive along with Grimm. Snow comments that Heine must forget bot Agent Six since she is her opponent. She told Grimm to delay the Golems while she smashes Heine. Grimm chants and summons spell, saying, ”oh Great Lord Zenarith bring woe to these clay dolls pin their feet to the ground. ” The Golems started collapsing one by one after she has finished casting a spell to the ground.

Snow and the women warriors attack Heine, who said she would stop them before they do that again. Heine realizes that Grimm has to be taken out since she is the root of their destruction. She attacks Grimm with a huge beam that Snow blocked with her bare hand. The beam slammed the ground and disappeared. Grimm cast another spell saying that ” Great Lord Zenarith bring woe to this woman, seal away her flame magic forever.” Grimm point at Heine, but nothing has happened, and Heine wonders what Grimm was trying to do

She comments that it didn’t work after testing her flames attacks. Grimm realizes that she cast the spell with little courage. She comments that if she has enough courage, she would have cast a spell that rips off her big breast if even it could rebound on her. Grimm is jealous that Heine has big breast than hers. Heine realizes that if someone talks about her big breast, she becomes weak. She started to hide her breasts since they were out in the open. 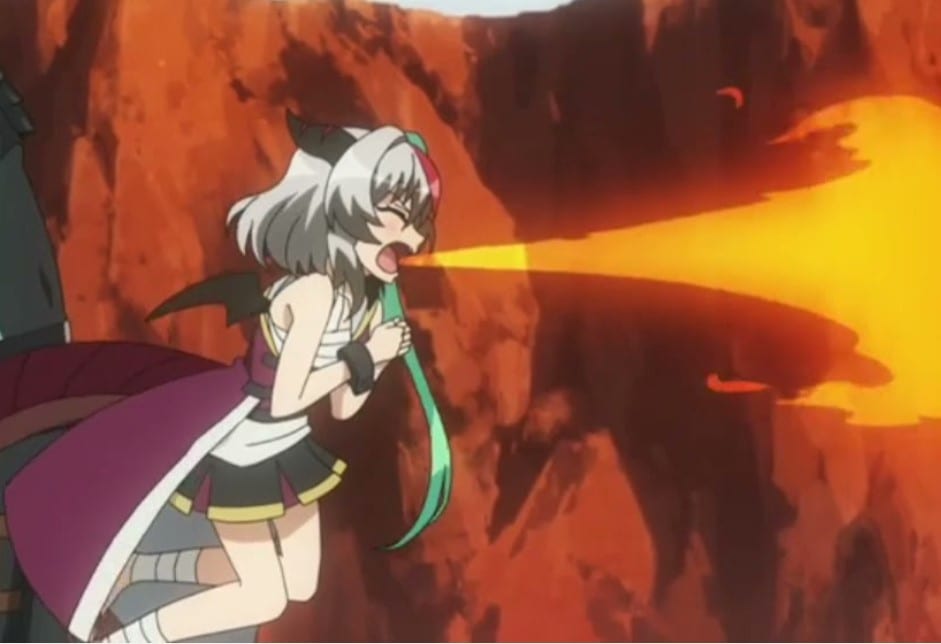 Heine comments that she would not care if she loses flame magic but not her big breast. She started trembling that Grimm might do something to her breasts. Grimm told Heine that she would keep on cursing her until she runs out of sacrifices. She calls Heine an indecent woman since Heine dresses like she is going to the beach or stripping. The Demon Galakand arrived and told Heine to stop playing around. Heine realizes that that ugly Buffon is not aware that breasts are important for a woman.

Galakand notices that he has seen Rose somewhere. Rose jumps up and attacks Galakand with a dropkick, and Galakand was like, I ate that, but it hurts. He grabs her leg before she lands on the ground and smashes her with the wall. Galakand takes his bat and attacks Snow along with Grimm. Rose interferes by firing flames towards Galakand before the attack hits the two. Galakand comments that he can’t be beaten with a half-demon Rose. Rose comments that she knows that she has no match.

But she will have to protect everyone and survive. Galakand told her to dare do that if she wants to die that badly.  The trio retreat and heads to the castle, where they met with Agent Six and Alice. Six is trying to run away with the Queen, but the Queen insists on staying. Heine, Galakand, and the flying dragons make their way into the castle. Agent Six battles with them and defeated them. They escape, and the Kingdom’s peace got restored.

Combatants Will Be Dispatched Episode 7 Release Date and Preview

Combatants Will Be Dispatched Episode 6 will release on Sunday, 16 May 2021, at 9:00 PM JST. You can watch Combatants online, AnimeLab and Funimation.