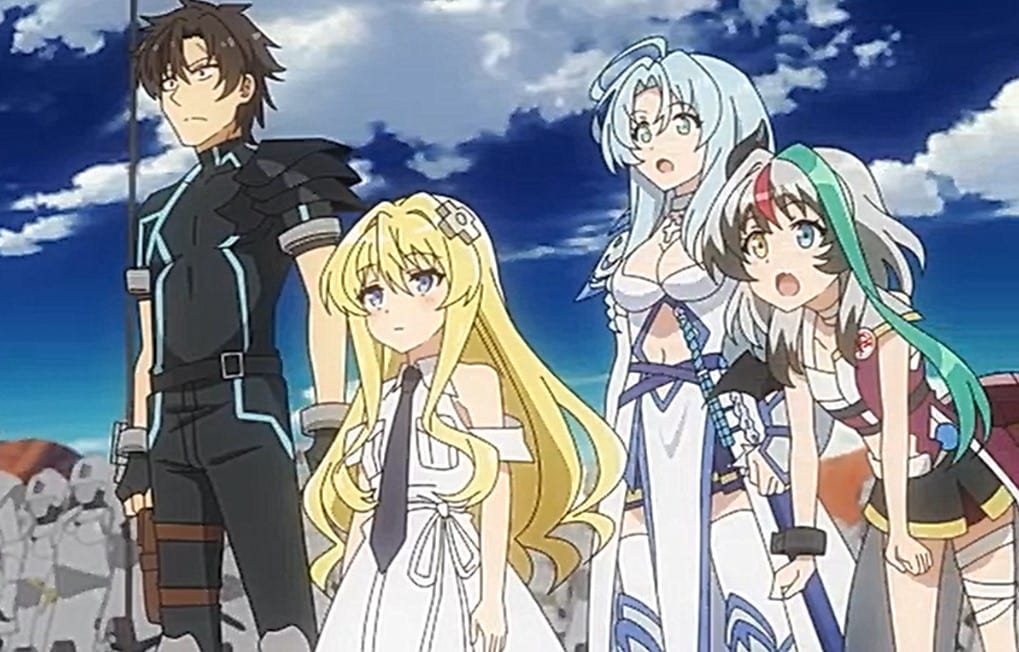 Agent Six and Snow got summoned by the General in the morning. Agent Six was feeling sleepy, and he comments that he is off duty today, and there need for him to be here so early. Snow told Agent Six to behave since they are in front of the General. The General told them that this is an emergency. He reveals that the treasure of their unit found the other day has opened the path to the Demon Lord’s castle for the hero’s party. But they have received the word that Heine of the Flame is attacking them.

The General also said that the enemy’s get patient, and he orders Agent Six and his party to handle the enemy’s top leaders, starting with the Elite Four. Snow agrees before Agent Six says something. He told her to wait, and she asks him if he will say no. Snow whispers to his ear that the mission is an honor, and if they complete it, they will get promotions and cash bonuses they could want. The knight comments that they can only entrust such an important mission to a national hero like Agent Six.

Previously on Combatants Will Be Dispatched! Episode 4

Agent Six asks them to explain the mission and wonders if this was brought up by that knight who hates him. The General reveals that it was that knight’s idea, and he is a huge fan of Agent Six. Agent Six wonders what the knight is up to, and the guy looks down, and he smiles. Later, Snow head to the battle training ground with Agent Six, and they have gathered up the kingdom’s warriors. Snow told them that they could not fail this mission. Agents Six asks Alice what she thinks about the mission.

Alice asks Agent Six if he suspects that this is the mission; they send them on to get them killed. Agent Six replies that the knight doesn’t like him, and he might want to get rid of him. Snow and Rose are trying to wake Grimm up, by she ends up falling. Agent Six told Alice that he humiliates the knight in front of the high-up and makes him bow and apologizes. Alice comments that’s not the reason that makes the knight hate. She thinks that she just doesn’t want to be around Agent Six.

Alice told him that she has a plan if the knight has sent them to get killed. Agent Six looks at her signaling her to tell him her plan. Alice reveals that if Heine shows up, they will pretend to find and then retreat. She also reveals that she has left her shotgun that is being repaired. Snow and Rose managed to get Grim back to her chair, and Agent Six looks behind. 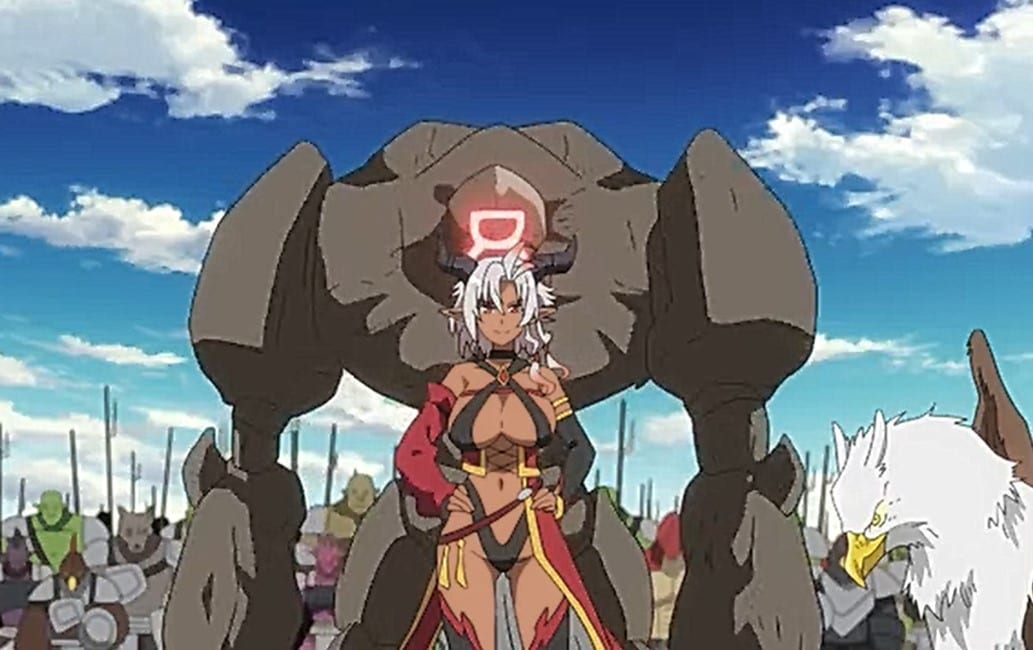 He wonders what the two were doing to Grim. Agent Six reveals that they will not fight today since they have a plan. Snow gets furious since she wants to complete the mission. She told Agent Six that this mission was given to them by the General and the Strategist. Agent Six comments that he doesn’t like the Strategist guy, and he thinks that he has evil plans and cares about his survival. Suddenly Heine of the Fire arrives with her flying Eagle.

Her army follows behind her, and a huge monster rock appears. Agent Six asks what that thing is. Snow reveals that it is a mechanical doll called a golem that uses magic to move. Alice comments that magic can do anything, and she wonders why the enemies are splitting. Agent Six reports that he has to find Heine of the Fire and ask if his unit will fight Heine. His unit leaders told him that they would handle this within a matter of time. They both attacks without getting Agent Six permission

Agent Six realizes that he must fight alongside them. Snow unleashes her Magical Ice Blade Iceberg that she believes can slay Heine. Agent Six realizes that Heine can be defeated using Grimm’s curse by Grimm is sleeping. The battle begins, and they manage to take down the golem, but Heine was dominating them. Grimm wakes up and helps them to take down Heine. After defeating Heine, they head back home and celebrate their victory. The Strategist guy realizes that his plans have failed, and he reveals his true colors to Snow.

Combatants Will Be Dispatched Episode 5 Release Date and Preview

Combatants Will Be Dispatched Episode 5 will release on Sunday, 2 May 2021, at 9:00 PM JST. You can watch Combatants online, AnimeLab and Funimation.