From Collateral Beauty Featuring Will Smith as Howard Inlet

Collateral Beauty came out in 2016 as quite a fantasy tale to look at. Well, initially it felt like a pretty good heartwarming drama of connecting with each other but who thought the movie had much more than that instore. David Frankel directed the film with Allan Loeb as the writer. The show featured quite an ensemble cast of big names. These included Will Smith, Edward Norton, Keira Knightley, Michael Peña, Naomie Harris, Jacob Latimore, Kate Winslet, and Helen Mirren. The critics criticized the film for its try to uplift individuals only to fail with some not so conceiving dialogues. But the meaning behind the film was appreciated. Despite the take of critics, Collateral Beauty was a commercial success.

Collateral Beauty followed the story of a man suffering from depression taking down his friends and as well as his company with him. Thus leading his friends to take desperate measures calling on a mission to make him resign and save his health as well as the company. While the trailers suggested a heart-warming tale, the movie showcased what the three abstracts of life mean for each. From the actor hired by the characters to prove the determination of Howard’s health to him finding out about his wife. Here we are taking a look at it the real purpose behind everything that went down in the movie.

Collateral Beauty tells the story of Howard Inlet and his friends and business partners Whit Yardsham, Claire Wilson, and Simon Scott. The movie sees Howard suffering from depression since the tragic death of his young daughter. Howard’s depression and health leads to the downfall of his along with his company. Howard’s absence causes the firm to lose a number of high-profile clients and opportunities. Thus, his business partners worry about his health as well as how this could lead to bankruptcy. They can’t even sell the company as long as Howard has a share of his own and he refuses to sign. 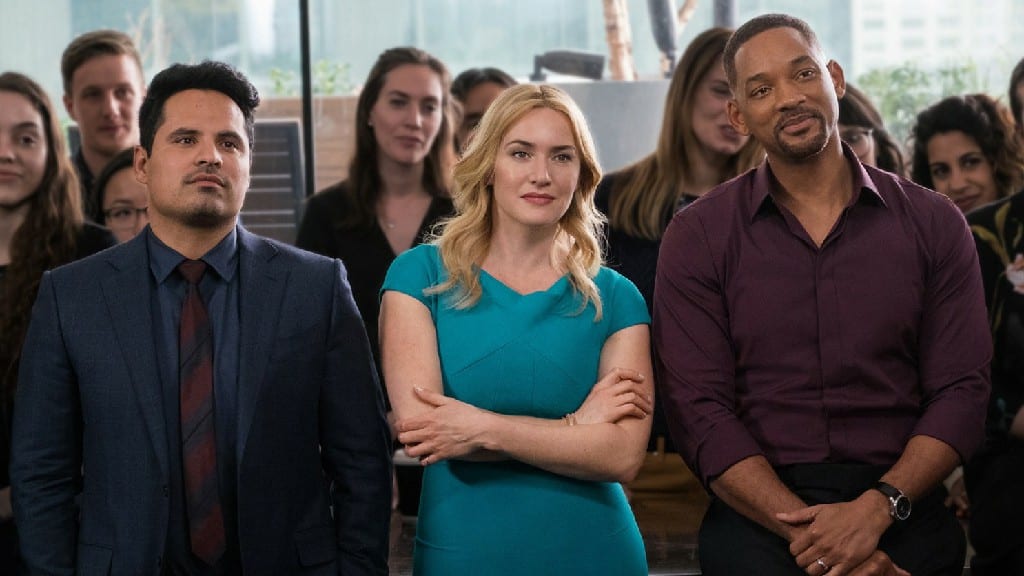 From Collateral Beauty Featuring Will Smith as Howard Inlet, Kate Winslet as Claire Wilson, and Michael Peña as Simon Scott

Whit, Claire, and Simon are suffering from their own midlife crises as well. Whit is hoping to connect with his daughter after cheating on her mother. Claire hopes to conceive a child through the help of a sperm donor, hoping it’s not too late. Lastly, Simon is suffering from cancer. Thus, it is important for them to keep the company alive as they can. So they hire P.I Sally Price. The job is to prove the deteriorating health of Howard. How it makes him not fit for running the company so that he can resign.

Sally brings in the letters Howard is writing to abstract concepts. So the group decides to use them to answer. Whit follows Amy, a beautiful actress, into a theatre and eventually meets her co-actors Raffi and Brigette. He hires them to act like the abstracts Howard is talking to in letters. They can record those encounters with them talking to Howard and later digitally erase them from videos. Thus making it look like he is talking to himself or in thin air. Amy plays Love, Raffi plays Time, and Brigette plays Death. This way, their plans begin with Howard from time to time meeting Love, Time, and Death, trying to get over the grief.

Collateral Beauty ending leads the trio of Whit, Claire, and Simon to succeed in their mission. They call Howard to a meeting where they reveal to him they have kept an eye on him. They show footage of him talking to Love, Time, and Death. But the thing is, the three abstract people are removed, and all everyone can see is Howard talking to thin air. This gives Howard a reality check on his mental state, leading him to sign papers to save the company along with the careers of his friends, thus thanking them. 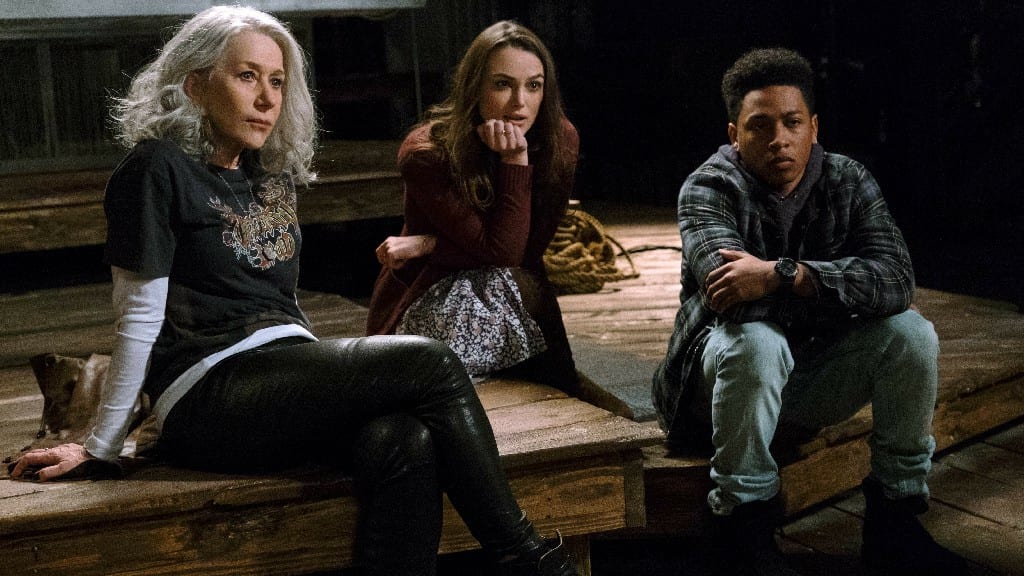 From Collateral Beauty Featuring The Three Abstracts as in Helen Mirren as Death, Keira Knightley as Love, and Jacob Latimore as Time

Following the interactions with the actors as well, Whit, Claire, and Simon too learn a thing or two about life. Whit visits an angry Allison at school and promises to not give up until she talks to him. Claire admits she won’t lose the battle to time yet. Simon gathers the courage to tell his family about his cancer. Lastly, Howard visits Madeleine, the leader of group therapy sessions. She appeared as a leader for the therapy sessions of Howard. She shows him a video of her husband she talked about and their lost daughter. The husband turned out to be Howard himself.

According to a note, initially, Howard asked Madeline if they could be strangers again. They both were husband and wife dealing with the grief of their daughter separately husband. They were strangers now but found each other again. We also saw a flashback where Death visited Madeline to tell her about acknowledging the collateral beauty. The couple reconciles, remembering their daughter. In the end, they walk hand in hand as Howard comes across Love, Time, and Death actors who vanish before his eyes.

The actors were real. But they were Love, Time, and Death who inherited the human bodies. They came across the people in need, and only those in need can see them. In Howard’s case, he needed all three of them, and they indeed helped him out to get his life together. Coming to Whit, Claire, and Simon, they hired them as actors, but they were the same abstracts they needed in real life. Whit needed Love from his daughter, Claire needed more time, and finally, Simon was afraid of death.