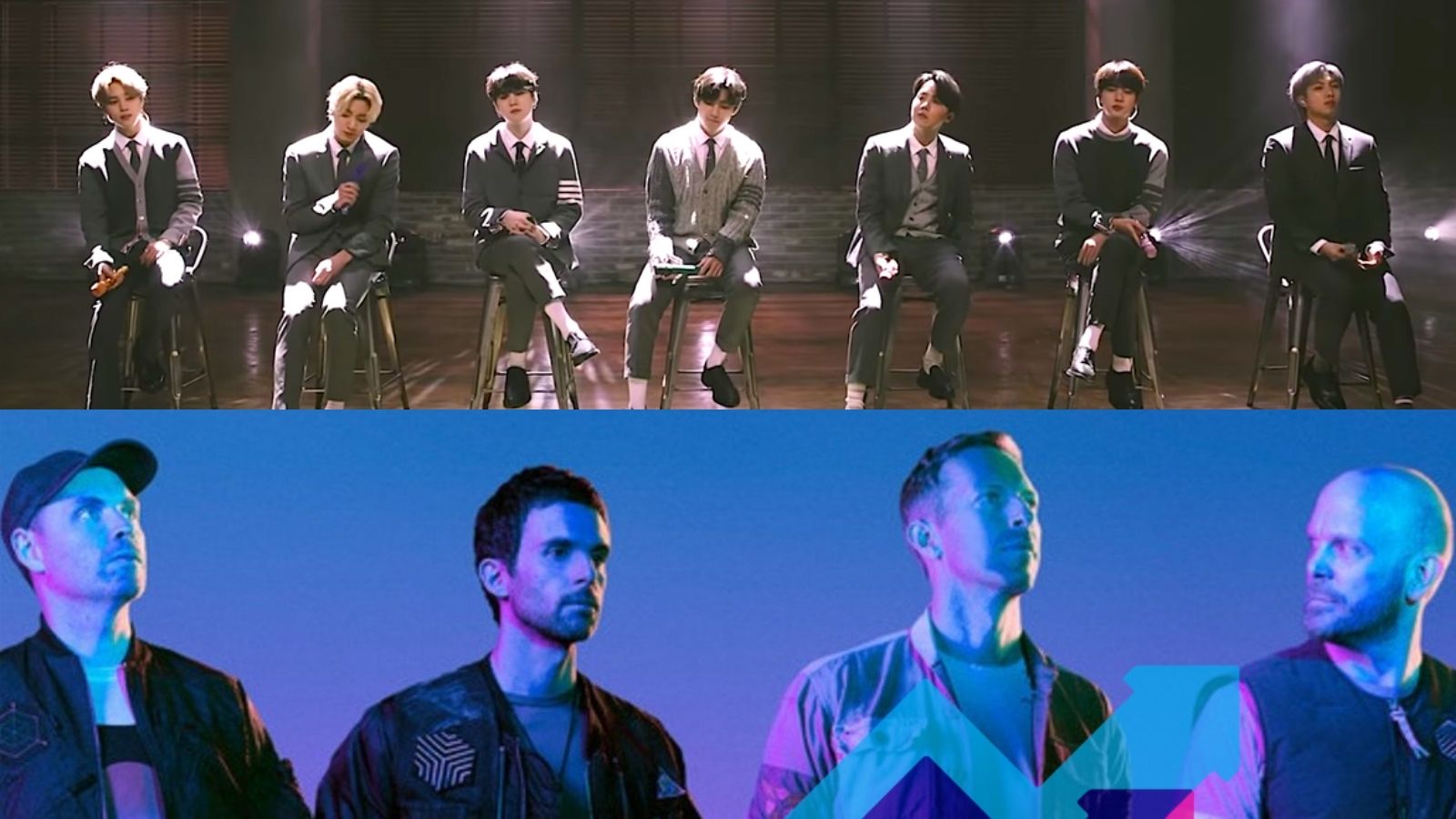 Coldplay and BTS's 'My Universe' to drop on September 24.

Coldplay and BTS collab for single My Universe is confirmed. BTS and Coldplay fans have been waiting for this moment for a month now, and it’s finally happening. The single My Universe is already trending on all social media. And the fans are running to pre-order it now. If you don’t know how to do it, don’t worry, we are here at your service. Also, get all the details on the BTS and Coldplay collab further in the article, from release date to promotion schedule. Both Coldplay and BTS are some of the biggest boybands in the music industry. Hence, the race to save and pre-order the CD single is real!

It has been two months since the fans started speculating on the collaboration. After making us wait for two months, Coldplay has announced the news via their personal site. Moreover, the poster for promoting the news has completely swept the fans.

Besides the fans, BTS member Kim Taehyung will be the happiest for the collab. The Sweet Night singer has previously expressed his love for Coldplay multiple times. During several interviews, he has stated that he wants to collaborate with the Viva La Vida singers. So, are you ready for the new collaboration of the year?

BTS and Coldplay Collab Confirmed: When is My Universe Releasing?

Coldplay confirmed the BTS and Coldplay collab in their own unique way. Coldplay announced the news on their Alien Radio FM, a Coldplay original account where fans get access to all of their upcoming projects. The British band dropped a beautiful poster displaying My Universe in blue and purple hues. The song will be written in Korean and English. Furthermore, it is written both by BTS and Coldplay. But, did you know that the Swedish Record Producer, Max Martin, is producing the song? Max Martin is known for songs like Blinding Lights by The Weeknd, Baby One More Time by Britney Spears, I Want That Way by The Backstreet Boys, and many other hits. In addition to this, BTS’s rap line- JHope, RM, and Suga- are credited as the composers on My Universe on Apple Music.

The poster on the Coldplay website reads, COLDPLAY X BTS MY UNIVERSE. A new language is used to represent the words.

My Universe is releasing on 24 September 2021. The pre-orders have begun. And as per information, the CDs are already sold out on Weverse. But, you can still buy them at Coldplay’s official website. Fans’ excitement can be seen as the number of sales increasing every second. Coldplay will be planting a tree for every CD sold, and the fans appreciate their idea to increase sales.

With CDs almost sold out on all the platforms, fans are worried. But, there are high chances that Weverse and the Coldplay website will soon restock them. Apart from the CD, it will also have handwritten lyrics by BTS and Coldplay. 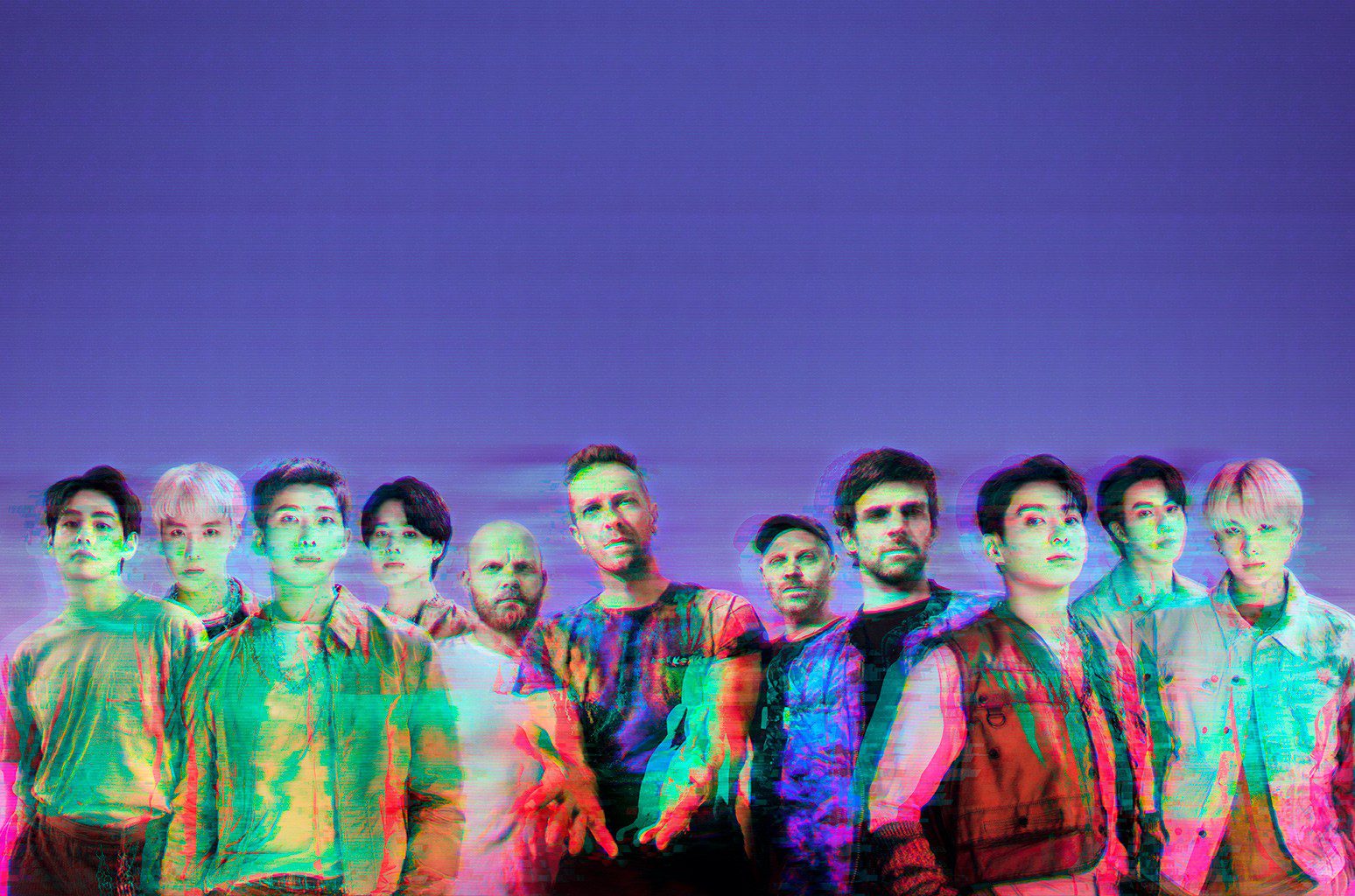 So, make sure to check the websites regularly if you want to pre-order the CD.

How To Pre-order My Universe?

Pre-saving the digital single (My Universe) is relatively easy for all the fans. You have to get on the Coldplay’s website and pre-save (Spotify), pre-add (Apple Music), or pre-order (Itunes) it on your desired platform. Here is the link to the My Universe Pre-save page.

With the song coming out in ten days, the excitement on Twitter is increasing rapidly. Fans have begun trending terms like ‘COLDTAN,’ ‘MY UNIVERSE,’ and more. With Coldplay’s popularity and BTS’s power to rule the music world, we are looking forward to seeing My Universe break all records.

So, we asked #ChrisMartin of @Coldplay if he'd like to collab with @BTS_twt… 💜 🎶 #BTS pic.twitter.com/DcAm37hCGo

Coldplay’s frontman, Chris Martin, recently interviewed the Dynamite singers on Youtube’s Released. Other than that, Martin has always talked highly of the band. Previously, during an interview, Martin said that he has nothing but love and respect for the seven guys. The singer shared how BTS always stands up for good things and causes, which makes them extraordinary. Moreover, he said, ” I love the band.. because they stand for as people.”

My Universe is the brand new single from Coldplay’s upcoming album, Music Of Spheres. Meanwhile, BTS recently had a juicy collab with Megan Thee Stallion for their song, Butter.