Cold Justice Season 6 Episode 9 sees Kelly and Steve looking at a case where murderer tried to hide the body by setting it on fire. 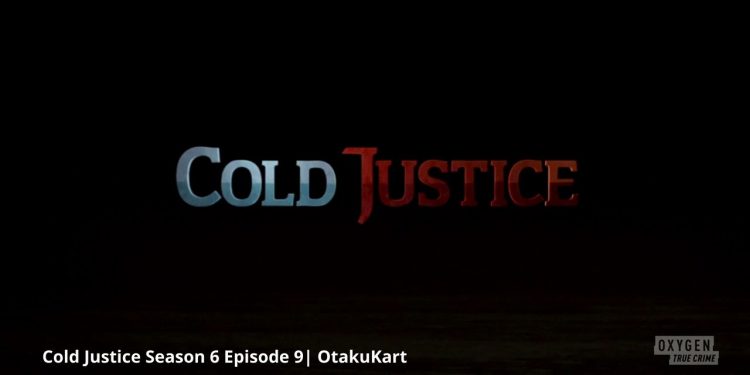 Cold Justice Season 6 Episode 9 will see Kelly and Steve taking a look at a case where the murderer not only stabbed the person but also set her on fire in order to clear the evidence. But before we move to the same, Kelly and her team spent time to crack another such case that saw a girl at the young age of 17 dying with multiple gunshots. That too, right near her baby. Because of the age of the victim, the case was very sad as she had such a long life ahead.

So, breaking down the case, Kelly saw that there were two different stories revolving around it. The first is the brother suffering from mental disorders, and the others are the cops themselves. With the help of a lot of real-case reports, witnesses, and everything that went down during the day she died. Kelly and her team came across some hard-hitting evidence that helped them to figure out which one of these stories is true to the evidence. Here is a quick look at what went down in Cold Justice Season 6 Episode 8 before we move to Episode 9.

Previously on Cold Justice Season 6, the show took us to Fremont County, Colorada. In 2006, a bright young 17-year-old girl named Candace Hiltz was brutally murdered in her own trailer with her baby girl just a few feet away. There are two stories to the case. One telling that it is her brother who was suffering from mental disorders that killed her. Second the crooked cops around. Kelly and Abbey have real-case reports, real witness statements, and real-crime evidence to look at.

One of the first suspects on the list was Jimmy, Candace’s brother. He was suffering mentally and even had a fight with her when Candace’s dog was missing. Candace’s dog hated Jimmy a lot and constantly barked at him. The second suspect was officer Robert Dodd. He was in charge of the investigation. There is a theory police department covered up the murder. Especially with the fact that a week ago, Candace’s family and the officers had an altercation. They were investigating burglaries of Jimmy, and cops became belligerent. Candace threatened to expose their drugs payoff.

Although Candace’s mom believed it was cops. Diving deep into it and talking to the cop she actually had a verbal spat with says it wasn’t much altercation. Also, there was no mention of drugs. So this debunks this rumor. Also, Dolores’ statement told that the dog went missing two days before Candace’s confrontation with cops. So this debunks the rumor that the dog is the reason.

Talking to Sheriff Officer Dodd and taking a look at the content of Officer Dodd’s storage unit that suggests he hid evidence. Well, that says that Dodd had nothing to do with hiding evidence that many suggest. Talking to Jesse, Candace’s boyfriend told her that Jimmy was not exactly like her mother described. Everyone was afraid of him, and he had tried to stab Jesse the morning before Candace’s murder.

A piece of skull in the woods near Jimmy’s house matches the DNA of Candace. This turned the story around. Now, the bullets shot to Candace, one of them was the same used for killing the dog. Then Burglary charges, bullet matching, and crime scene told it was Jimmy after all.

Cold Justice Season 6 Episode 9 is releasing on 4 December 2021. It is titled “Sifting Through the Ashes”. The official synopsis of the episode suggests that Kelly and Steve will join forces to solve a case that not only saw the murder of a woman. But also, in an attempt to conceal the evidence, the murderer lit her body on fire. One of the neighbors tells them about a mysterious black truck that could be the necessary breakthrough to figure out who the killer is.

Natasha Hunt’s Boyfriend: Who is the Rugby Star Dating In 2021?