Kelly and her team looks at a homicide of a pregnant women and her two-year old child in Cold Justice Season 6 Episode 10. 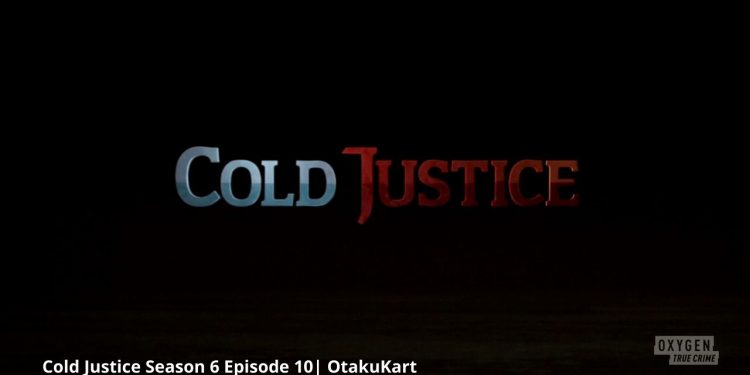 From The Intro of Cold Justice Season 6

Cold Justice Season 6 Episode 10 sees Kelly and Steve looking into the case that sees a homicide of a pregnant mother and a two-year-old child of hers at a home that caught fire. With the husband escaping the case, there are some dots that need connection. This may lead her team to call outside help. Recently they cracked down on a similar case where the killer tried to erase any evidence by lighting the house up. Kelly and Steve took us back to 2007 to look into the murder of Debra Chisholm. The killer had stabbed her multiple times before lighting her up the whole house with the help of gasoline.

Debra was raising her own child along with the children of her sister who died years ago. By the time Debra was murdered, all of them were quite grown-ups. Debra and her nephew had quite issues over the money. These issues came up several times throughout the episode as Kelly and Steve tried to crack the case. The only takeaway from the case was a black truck that was present during the time the house caught fire. The fact is, none of the suspects owned such a vehicle.

Previously on Cold Justice Season 6, Kelly and Steve were in South Carolina to investigate the murder of Debra Chisholm. Late night in 2007, someone went on to attack Debra at her own house. She was bludgeoned and stabbed to death seven times. The killer then poured gasoline over her body and burned her home to the ground. Debra was raising her own daughter Taineisha along with her sister’s children Dwayne and Sakeena. Debra’s sister died 13 years ago and all children grew under her care as they grew up. Debra’s death started circling rumors that her own family grudges might have caused it all.

Kelly and Steve met the local police to begin the investigation. The suspects included Dwayne Taylor first, her nephew. He was 22 at that time and they both had issues over money. Dwayne’s alibi and actions tell that he came to work late at night around 12:45 am although he had to come at 11.00 pm. The fire is suggested to have started around 10.30 pm. Then Sakeena, but her relationship wasn’t violent with Debra although Debra was keeping money from her. Lastly, a man named Dwayne Ishaaq was dating Debra at that time. He on his side has a strong alibi that he went to the gas station and came back home. The CCTVs and his wife told the same.

Also Read: Alliances Are In Question & A Hunt For Idol In Survivor Season 41 Episode 12

Kelly’s team went on to talk to Debra’s daughter Taineisha and sister Gloria. Then the neighbors told them about a suspicious black truck but none of the suspects owned such a vehicle. They later talked to Debra’s friend Yolanda Golden, Debra’s ex who became a good friend Mr. Sullivan, and then another ex Patrick Boyd. All of them went on to mention the money problems between Debra and Dwayne Taylor. Also, there were mentions that Debra purposely built a barricade to avoid him breaking in.

The last key to the case was the black truck. The police department reported that Dwayne had car troubles a day before and he went to the mechanic. The mechanic revealed that yes, he borrowed his truck for a day. He brought it back with a dent on it and the gas can in the back missing. On 21 September 2021, Dwayne Taylor was charged with first-degree arson and the murder of Debra Chisholm.

Cold Justice Season 6 Episode 10 is releasing on 11 December 2021. It is titled, “Victim or Villain?”. The official synopsis of the episode suggests Kelly and Steve will be investigating the homicides of a pregnant mother and her two-year-old. They both died in an apartment fire while the husband managed to escape. To make sure everything is covered right, an arson specialist joins Kelly and Steve to make sense of everything they have so that they could catch the killer.