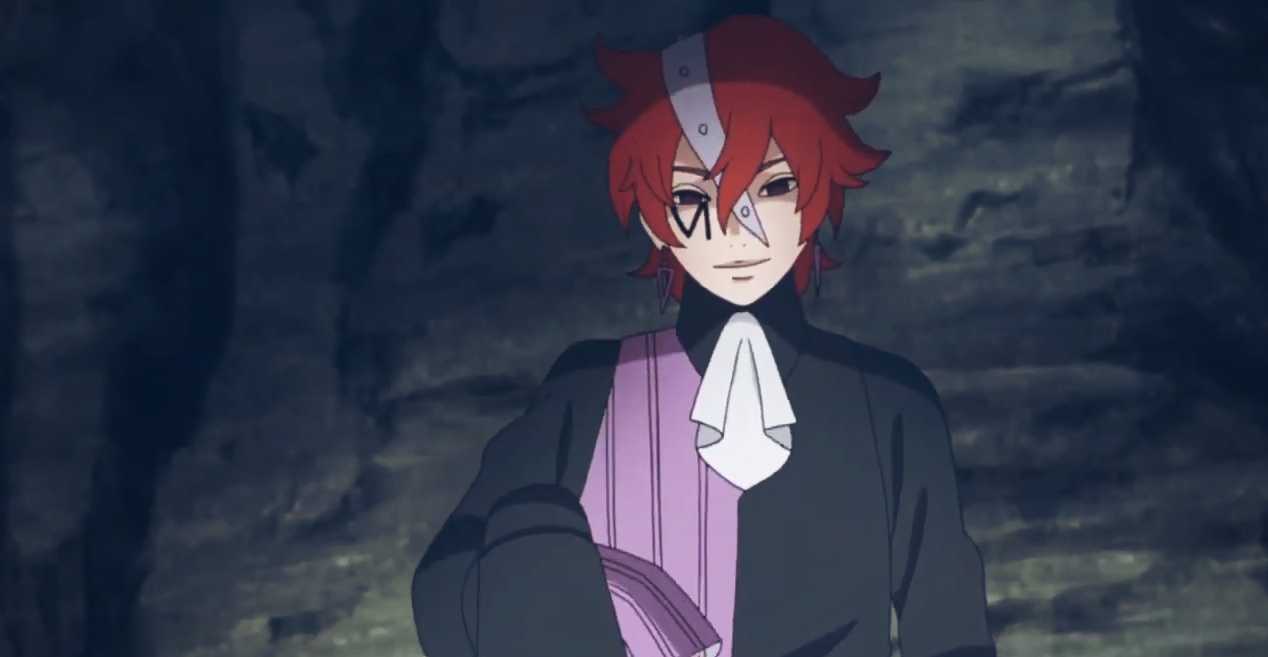 Kishimoto is going all out with villains in his manga, Boruto. He is bringing in overpowered villains having conspicuous motives. Shueisha and viz released the 56th and latest chapter of the Boruto manga on 19 March 2021. Despite the absence of any significant fights, the chapter was insanely amazing. We get an insight into new villains as well as a clearer view of what’s coming next. The new chapters of the manga are released every month with something new and exciting.

The Naruto manga gave us some of our favorite villains like Pain, Itachi, and Orochimaru. Of course, with the growth of Boruto, Kishimoto was not going to give up on creating more legendary villains. So far, we have been introduced to the likes of the Kara organization. It has been 56 chapters in, and we already see many godly villains.

The ultimate villain that Boruto has to face is going to be someone legendary. But, before that, Boruto is going to have to face off many more challenging rivals.

The following contains some major spoilers from the Boruto manga. Refrain from reading ahead if you have not read the manga or don’t want to have it ruined.

Next Villain in Boruto Manga

So who is the next villain that Boruto is going to have to face? While Amado seems like one strong opponent, Kishimoto is drawing a lot of attention towards Code. In the early chapters, not much was revealed about this member of Kara. However, in the last few chapters, Code has not only gotten a motive to raise chaos, but we are finally also given a brief introduction of his strength. 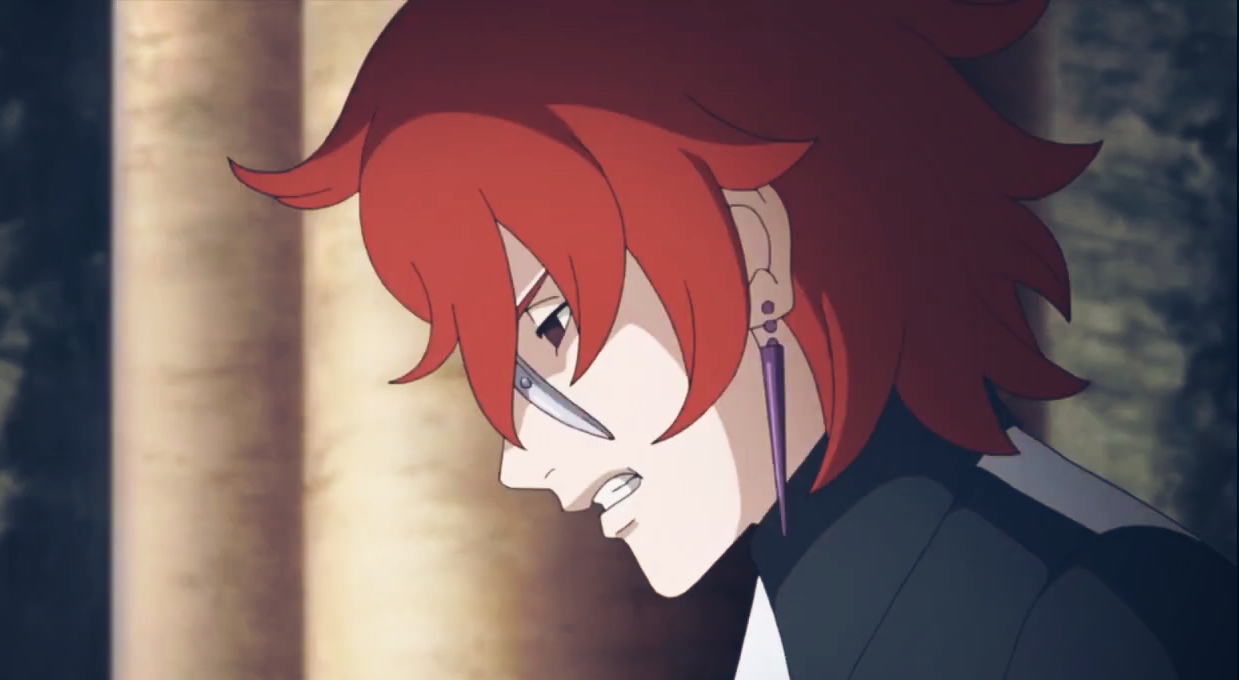 Code had almost faded from most readers’ memory. He had been guarding the Ten-Tails for about ten chapters with rarely any screentime. He was always seen somewhere in the background. His abilities and powers were kept a secret for a long time. It was only in the recent chapter that we finally see Code’s true power revealed. However, Kishimoto had always been indicating that Code could evolve into one of the main villains.

First, we see Jigen/Isshiki’s immense trust in him as he is chosen to guard the Ten-Tails. Also, Jigen treats him like a younger brother, which triggers quite a suspicion about Code’s powers. Also, he was a member of the inner circle of Kara, which already has some seriously overpowered members.

Boruto has taken quite an interesting turn now that Code has taken the stage of the next villain. It is very intriguing to wonder what development the manga will face next.

Code – What We Know So Far? 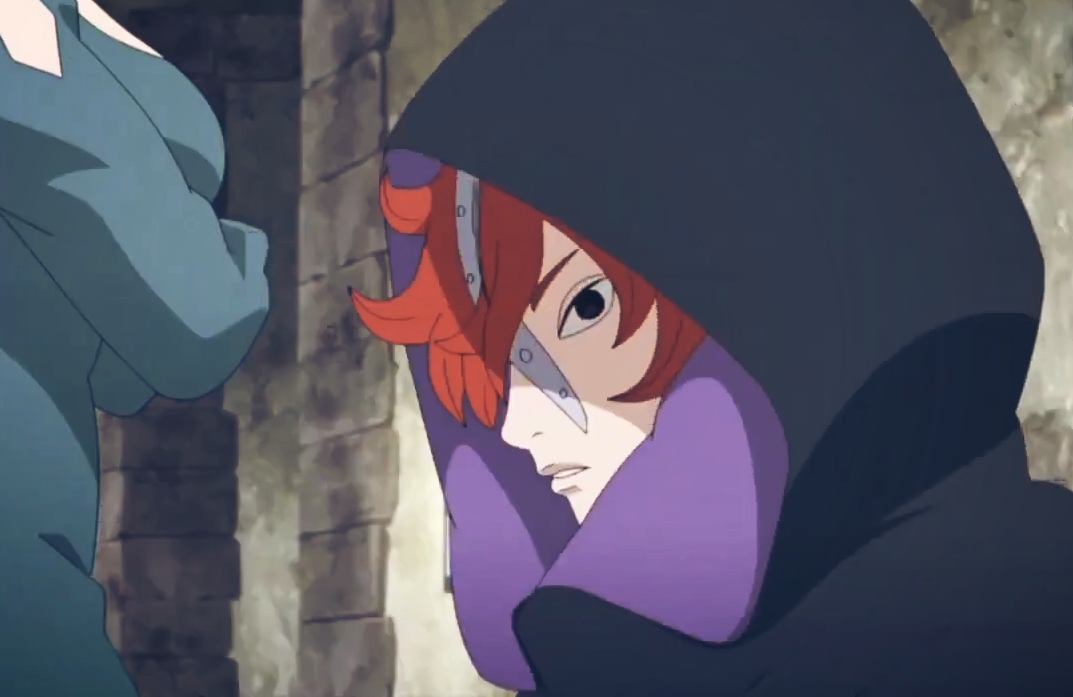 This new villain has turned out more exciting of a character that he was given credit for. Here is what Kishimoto has revealed so far about this rising antagonist.

We first see Code in chapter 15 of the Boruto Manga. He has red hair and wears a back band over half of his face. Code was mostly absent through the plot as he was entrusted by Jigen to guard the Ten-Tails.

Code was artificially given to the Kama by Amado after the ritual of finding a vessel for Isshiki. Although he is unsuccessful at becoming a vessel, he gains the white Kama. Amado modifies Code, and he gains abilities that give him the strength that exceeds Jigen. He is extremely loyal to Isshiki, due to which he is not executed, unlike others who are stronger than Jigen. Instead, he has limiters placed inside him that limit his powers. Code’s white Kama allows him to access ‘pure power.’ Also, he can modify his body into weapons. He is very ruthless and can slash people in a swift movement.

After Isshiki’s death, Isshiki passes on his will to him. Code swears to avenge Isshiki and also complete the quest that Isshiki has entrusted him with. Code activates his Kama and swears to kill Kawaki, Amado, Sasuke, Naruto, and Boruto. He then finds Eida, a cyborg who “knows everything.”

Why is Code an amazing antagonist? 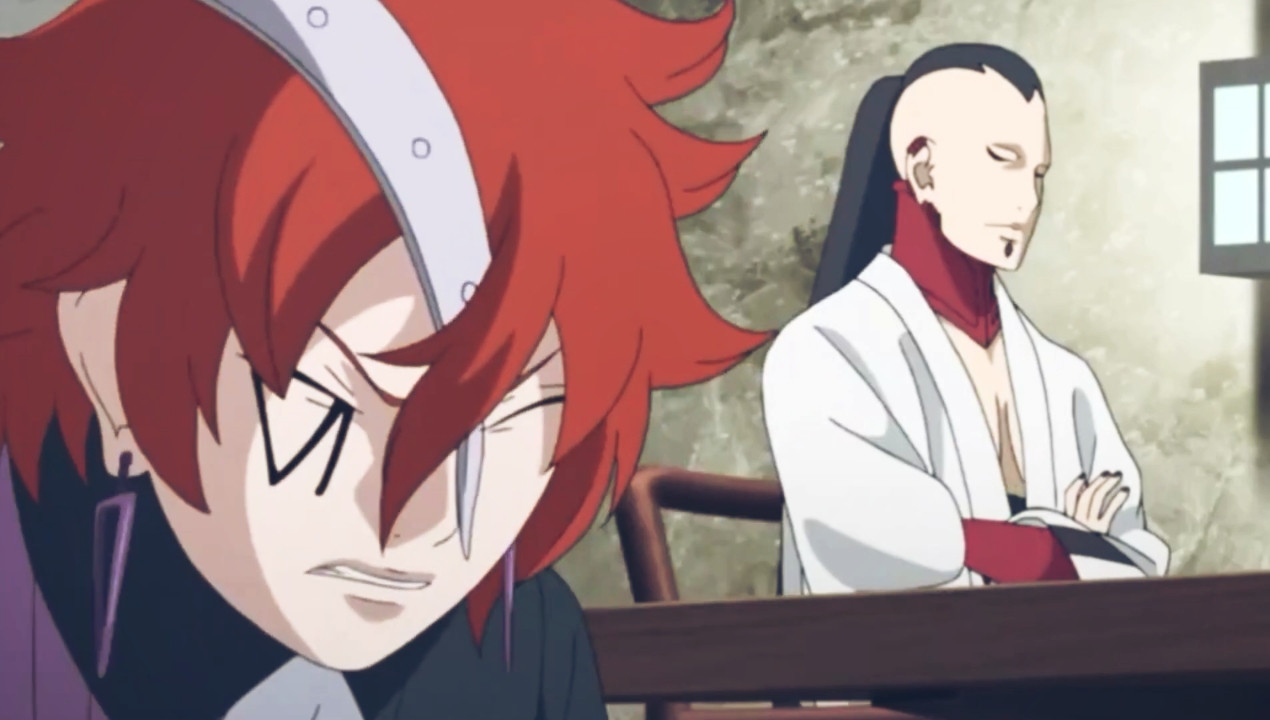 Jigen and Code in the Boruto anime.

Code has insane abilities, and there is still a lot to find out about what he can and cannot do. However, what makes him an even bad-ass character is his vast power. He had limiters before, but after Isshiki’s death, what’s to stop him from unleashing his wrath?

He was a potential vessel of Isshiki. Now, he is on the move to carry on with his master’s wish. Now that he has reached Eida, he is going to learn everything he needs to learn, use it in his merit and get stronger. Code can now easily create his army of cyborgs and lead them against his foes. With his strength, he can probably be the ultimate boss that could bring a lot of damage to Boruto.

Additionally, he has a list of targets that he is coming for. While Amado was a potential villain, it seems like he will have to face Code before he goes for Boruto.

Chapter 56th of the Boruto manga brought forward an intense plot following a tragic war. The art of this new chapter has also turned out quite beautiful. The manga has built an aura filled with a lot of thrill that has fans looking forward eagerly towards the next chapter.

Also Read: How Did Kurama Die in Boruto Manga? – Explained