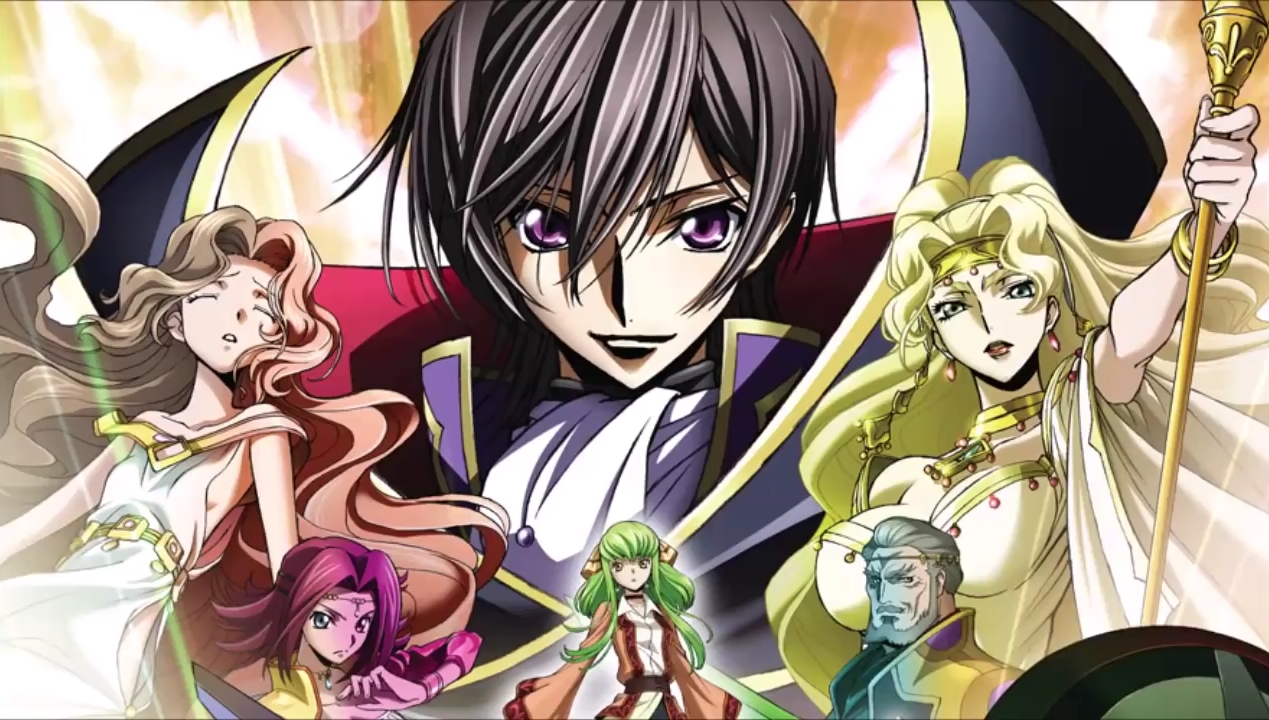 Code Geass was one of the most epic anime of the early 2000s. The anime was not adapted from any source. After its massive success, a light novel, a manga, and a video game series were adapted from the anime, each of which had its own essence of brilliancy. If you haven’t watched Code Geass yet, I highly recommend it. Not only is it filled with exciting sci-fi moments, but the mastermind protagonist of the show displays outstanding strategic skills. As for the animation and art, the anime was animated under Sunrise studio. It was not even close to a disappointment. Rather, the studio did an amazing job in animating the series with great graphics. The character design by Clamp was sensational too.

The series ended in 2008, after two seasons. After the two seasons, more films and OVAs were released. Here is the order in which the series need to be watched.

The first two seasons of Code Geass are the original anime series and the true plot of the anime. The first season is simply referred to as Code Geass (released in 2006), and the second season is called Code Geass: Lelouch of the Rebellion (Released in 2008). You will also see them being referred to as R1 and R2 a lot of times. Following these series, two recap films were released in 2008 and 2009. The movies are referred to as special edition, Black Rebellion and Zero Requiem, which recap season 1 and 2, respectively. There is no change in content from either of the original series in these special Edition recap films.

However, there is an added epilogue in the R2 special edition film where CC resurrects Lelouch.

Lelouch uses his Geass right after his resurrection.

In 2012, a 28 minute OVA was released called “Nunnally in Wonderland.” It has no plot-changing event. It is a simple adaptation of a picture book where the characters of Code Geass re-enact as the characters of Alice in Wonderland. This OVA features Nunnally as Alice, Lelouch as the mad hatter, CC as the Cheshire cat, Suzaku as the White Knight, and Kallen as the March Hare.

A month later, another OVA named Code Geass: Akito the Exiled was released, which had 5 episodes. The OVA is a spinoff of the original anime series, which features the story of Akito Hyugo. The event in the anime takes place during the period after the end of season 1 and starting of season 2. The creators chose the perfect timing for this anime as it occurs after the fall of the Black Knights and the comeback of Zero. So, it makes sense why Lelouch is absent throughout these episodes.

This is where a major confusion rises for people new to Code Geass. A three-film series of anime was released from 2017 to 2019. These film series were released somewhat like fan service for those who loved the show.

These films are set in a timeline alternate to the original series released in 2006. The films look like a recap, but they have some changes and additional scenes that change the plot at some points. The three films are named Koudou (Initiation in English), Handou (Transgression), and Oudou (Glorification).

The last film is named Code Geass: Lelouch of the Resurrection. It was released in 2019. This film has no connection with the three film series and is a direct continuation of the special edition R2 movie from 2009. So, this movie tracks back to the timeline of the original 2006 series.

Each of these films has its own significance and changes. They run for about 2 hours to 2 and a half hours each.

Does Lelouch Return In Code Geass After Season 2?

In season 2, we see Lelouch meet his end as Suzaku, now the new Zero of the Empire, kills him. This was Lelouch’s legendary masterplan to fulfill his goal of bringing change to the world. Lelouch’s death is concluded by his famous speech to Suzaku, where he tells him that anyone who kills should be prepared to be killed. The scene moved many to tears as we see our hero fall. Suzaku’s crying face underneath his mask while stabbing his best friend makes it worse to watch this heartbreaking scene.

A lot of OVAs and films were released post that. Does Lelouch return in them from death? The answer is yes, he does. In the final 2019 movie, Lelouch makes a comeback. Code Geass: Lelouch of the Resurrection is a continuation of the original two series following the epilogue of the second recap movie where Lelouch is resurrected by CC.

Lelouch in Code Geass: Lelouch of the Resurrection.

The treacherous emperor and hero makes an epic comeback and takes the identity of Zero again. The movie shows the process of resurrection of the great hero in addition to the chaos brought into the peaceful land by Knightmare Frame, a mysterious organization. Also, the presence of Geass users in Zilkhistan is a major arc in the movie.

The movie brings all our favorite characters back in action for fans who had been asking for more. Unlike many other sequel movies, Code Geass: Lelouch of the Resurrection does not look stretched or forcefully exaggerated. The plot was well thought out, and all elements were well-fitting. Lelouch returns in the new movie after season 2. But, the movie has more surprises than just the return of Lelouch. 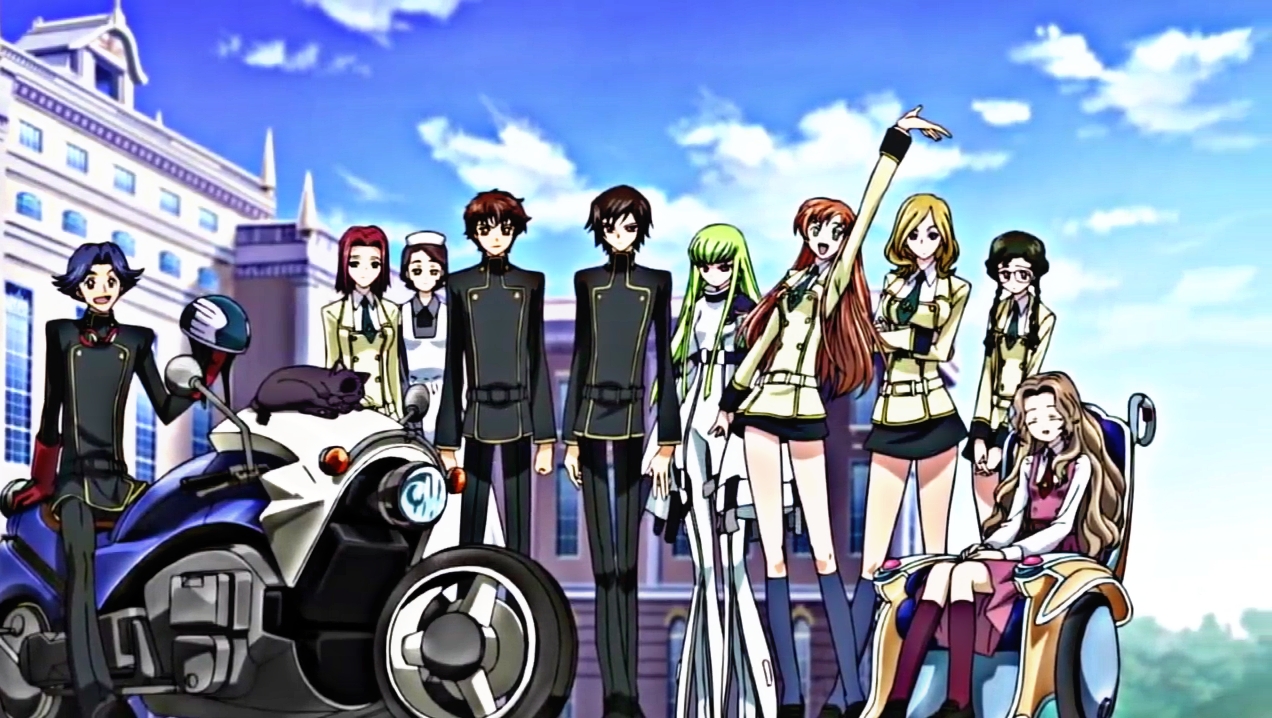 In the upcoming seasons, we will see more of all the characters in Code Geass.

The anime series will continue from events of the 2019 Code Geass movie. Once again, the character design will be done by Clamp. The main idea behind these new series, despite the conclusive end of R2, is that the makers feel that the only character that had growth in the R1 and R2 series was Lelouch. To throw more light on the other character and to continue their arcs, new series are developed.

None of the Code Geass movies have been disappointing, and it is only fair that we keep having high hopes from the upcoming third season too, where Lelouch will return again along with the other brilliant characters.