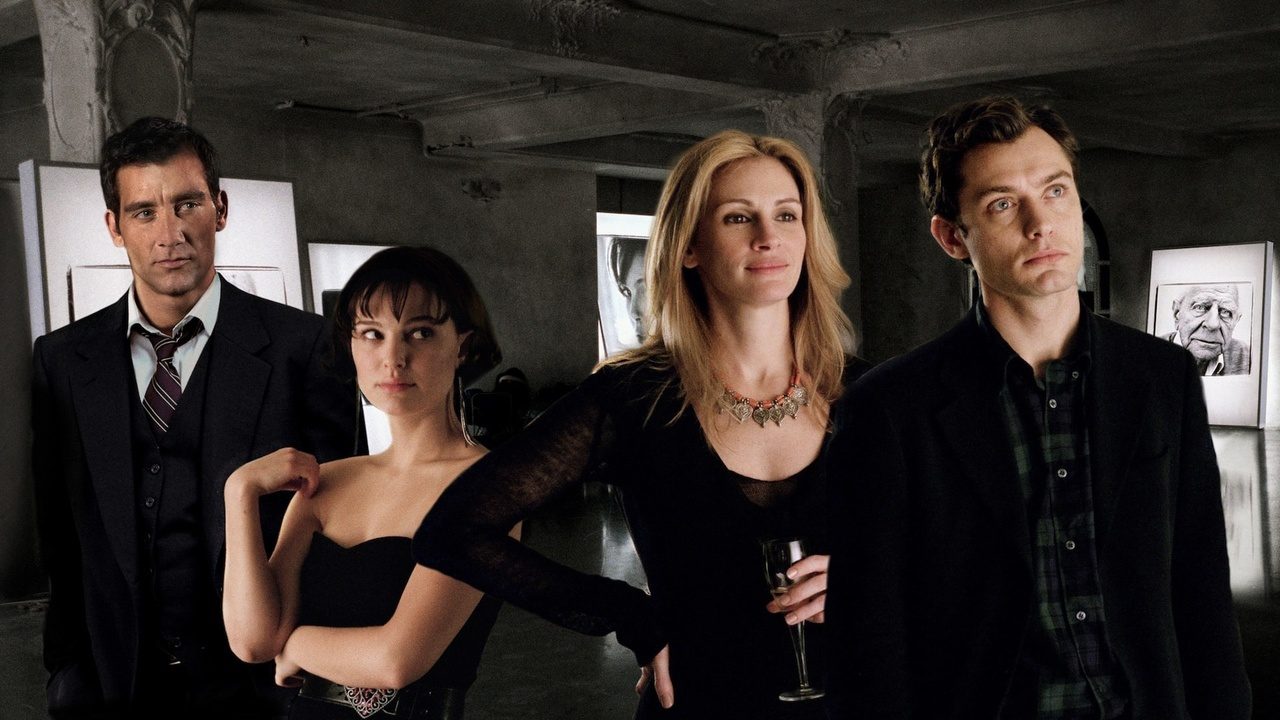 The Closer movie is a movie from 2004. The award-winning movie, Closer’s ending has now become a global topic, that’s why people are asking for its explanation. Its story is so romantic. The movie is full of romance and drama. Also, the movie has been wonderfully shot. It has many romantic scenes. People from all over the world have loved this movie. This has now become one of the most-watched movies. The movie has also become the teenager’s most favorite movie. It has rocked the box-office collection. Its total box-office collection is $115.5 million. The series’s millions of collections have made the creators super happy. In one of the interviews, the director has said that he has not expected this much box office collection.

The popularity of the movie has made the movie one of the most-watched movies. Now people who have no time to watch the movie are requesting for movie’s ending. People from every corner of the world are requesting for Closer ending. They have made this a trend. The Closer movie is trending on every social media platform. Don’t worry, Otakukart is here to solve all your problems. In this article, we will discuss the ending of the Closer movie. We will also explain the ending of Closer. And also, we will highlight some interesting points about the movie and its cast. So, without wasting time, let’s get started.

Now, we are just going to explain the ending of the movie Closer. The movie is based on a beautiful story. There is a group of four people. They met on the roads of London. Then they fall in love. Then they cheat their partners & swap it. Let’s read what happens at the end.

So, the story is based on a group of four people who are couples. And each partner is involved in a secret with the other’s partner. The relationship between all four is so complicated. All four of them used to be loyal at their faces, but behind they are sleeping with others. They are not loyal to their partner. But in front of their real loved ones, they just pretend to be honest. But no couple has any idea that my other partner is also having a secret relationship with another partner. They did not have feelings for each other, they just want to sleep with them.

The end of the Closer is super interesting. Anna and Dan told their partners about their relationship. They confess the affair to their respective partners. So, the respective partners left them and went away. Alice was depressed & hurt. So, she again joined the strip club. Once Larry coincidently met her in the bar & they had a conversation. They started knowing each other. But in the end, Alice did not sleep with Larry. While walking in the park, Dan’s dad took him & told him about the people who had saved other people’s life. So, there was Alice’s name also. She has saved the lives of three children from a burning house. 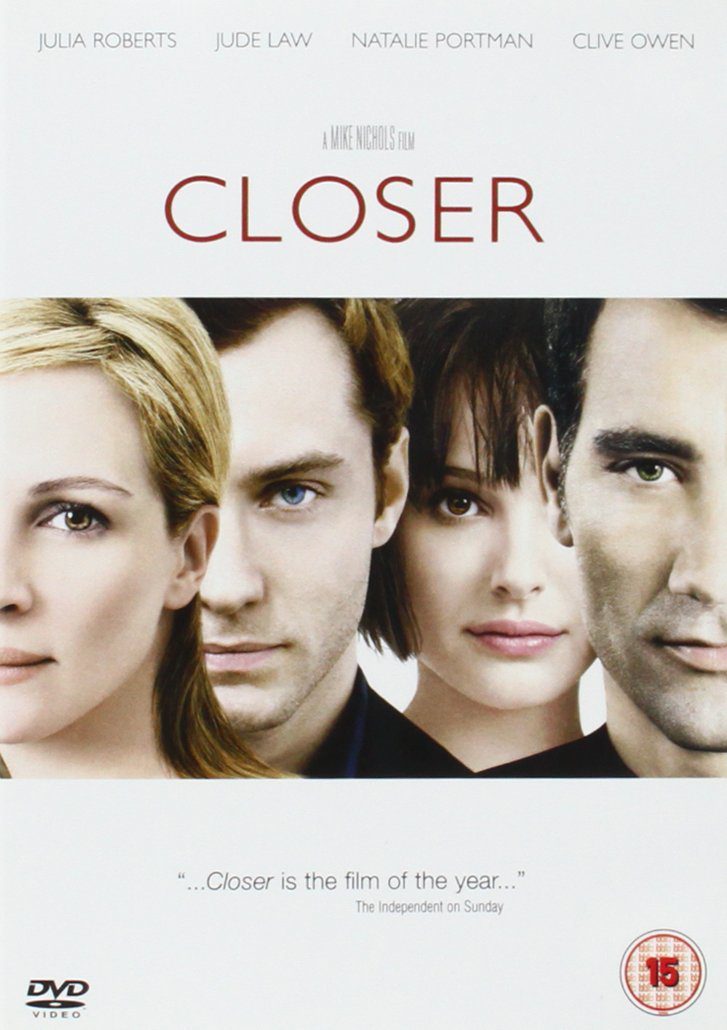 Poster of the Closer

All about the film

Closer is one of the most popular movies of 2004. It was the only movie of 2004 that has crossed $100 million on the box office. Its total box office collection was one hundred fifteen point five million US dollars. Closer’s genre is romance & drama. It was officially released on the 3rd of December 2004. Micke Nicholas is the director of the movie. The movie has been adapted from closer, a play of 1997. The duration of the film is 1 hour 44 minutes. It has received 7.2 out of 10 on IMDb. 79% of Google users have liked this movie. Closer has also been nominated for many awards.

The movie has received a total of 2 awards & 18 nominations. Actress Dianne Wiest & Shelley Winters have won awards for the best-supporting actress roles. Thelma Ritter has been nominated 6 times for best-supporting actress, but unluckily she has not won any. The movie has also been nominated for Golden Globe Awards, BAFTA Awards, Academy Awards, Teen Choice & Critics Choice Awards. Let’s towards its story and its ending. The movie is also available on Netflix. 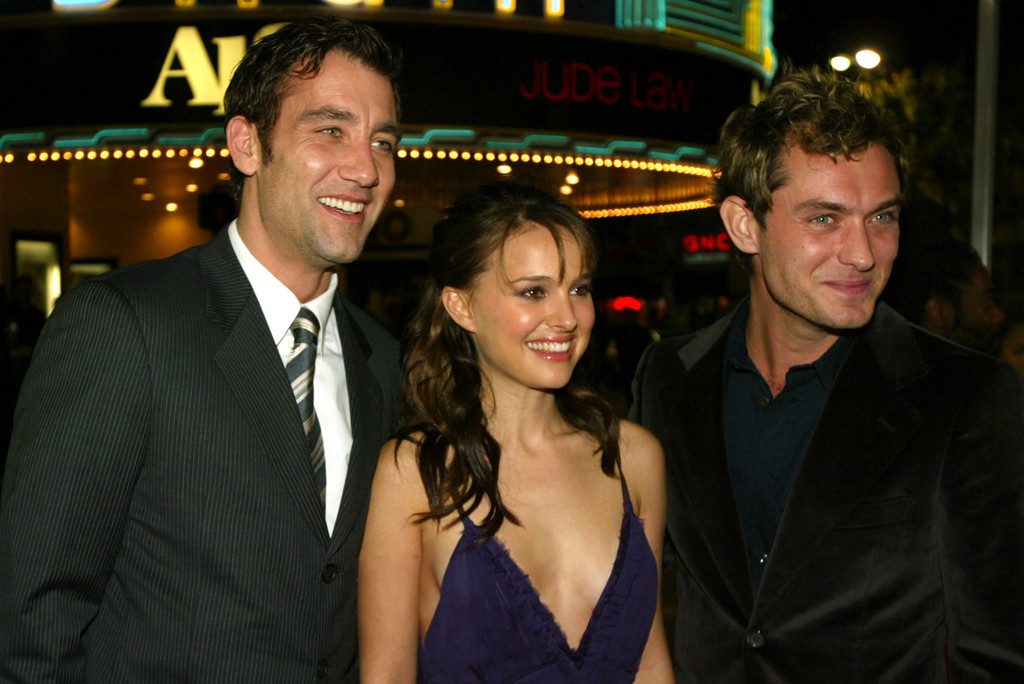 Cast at the premiere of the film

Also Read: At A Distance Spring is Green: Get A Closer Look at The Characters And Their Relationships