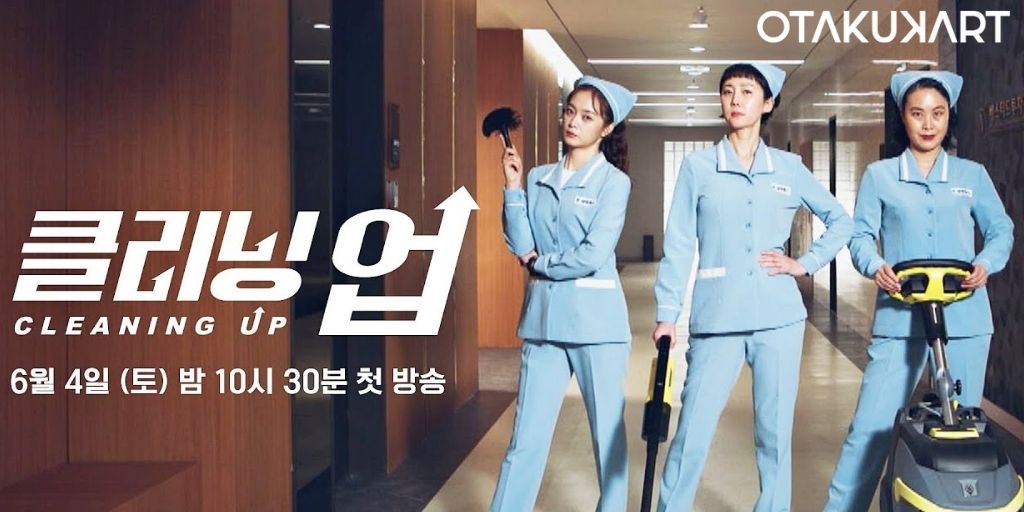 Dramas are adapted from various mangas, and other international tv shows and the latest edition is K-drama Cleaning Up. The jTBC drama Cleaning Up is based on the 2019 British tv show of the same name. The series has had a successful run in the UK, and the K-Drama adaptations hope to repeat the feat. Since the drama is mostly about 3 women, people are curious about the cast of Cleaning Up in Korea. Some of the most talented actresses from the industry have been roped in to play the roles.

The drama revolves around 3 women who work as cleaning staff at a brokerage company. They are working hard to give their kids a better future and fulfill their own desires. They are barely trying to make a living when one day, they overhear some insider information. Having heard this trading secret, the three of them try to make a new destiny for themselves.

It’ll be fun to see how they try to turn their lives around using this secret information and if it is even legal. The plot makes up for a great dark comedy, and the economical disparity is a real issue in South Korea, so it’s going to be eye-opening content too.

The drama will be having 16 episodes and will air on Saturday and Sunday. The drama is going to take up the 10:30 pm slot previously held by the drama My Liberation Notes.

Cast of Cleaning Up

The drama has managed to feature some of the best actresses in the drama. Let’s meet the cast and characters they are playing in the drama.

Actress Yum Jung-ah plays the role of Eo Yong-mi. Eo Yong-mi is a single mother trying to make the ends meet. She has two daughters to raise and trying to survive in society. Yum Jung-ah is known for her role in SKY Castle, wherein she plays the role of a rich mother who can go to any lengths for her daughters’ better future. It’ll be interesting to see her play a similar role but in a different context. Furthermore, she has also starred in the critically acclaimed film A Tale of Two Sisters and the drama Start-Up. 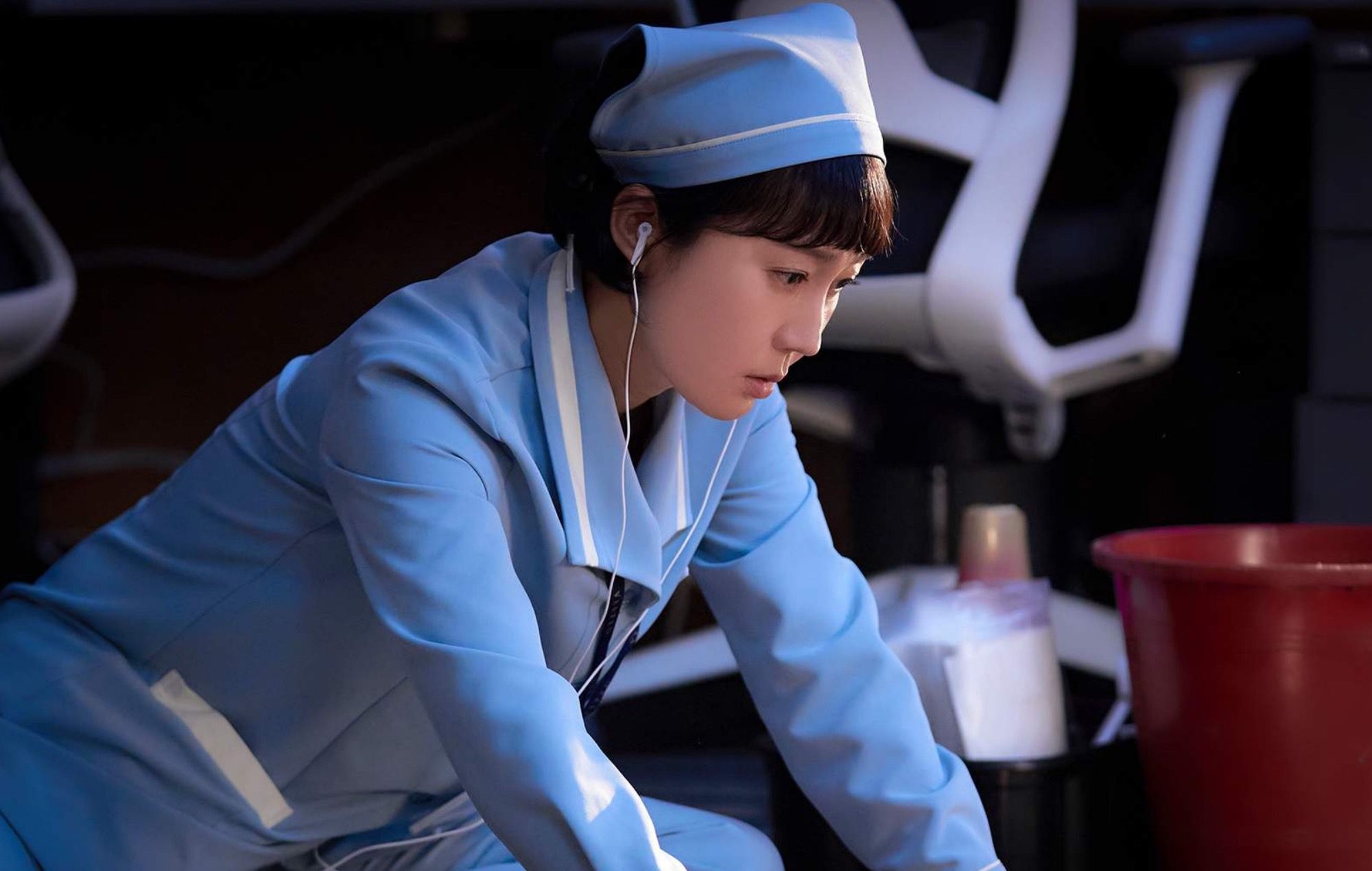 South Korean actress Jeon So-min plays the role of Ann In-Kyung, who wants to venture into another job. She dreams of owning a food truck to run the innovative mobile cafe business. She, along with the 2 female leads, is trying to turn her life around. Jeon So-min is popular for being a regular cast on the popular variety show Running Man. She is also known for starring in the film Cinderella and dramas like Princess Aurora and Something about 1 percent. 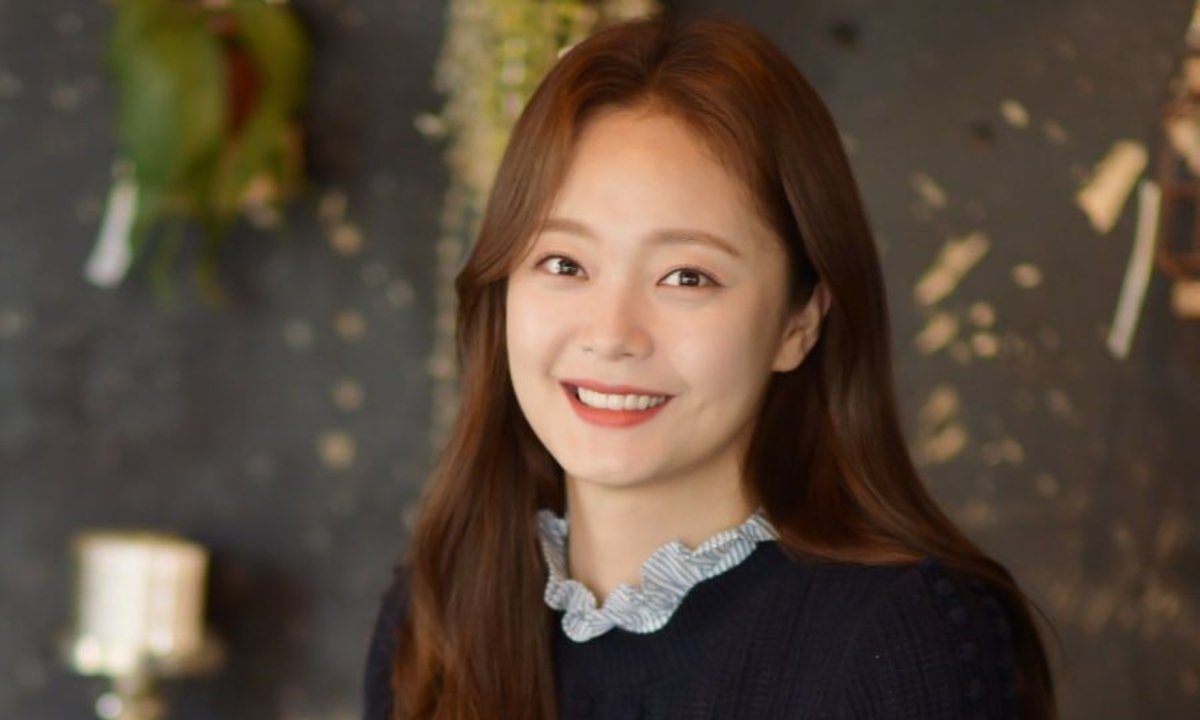 Kim Jae-Hwa plays the role of Maeng Soo-ja. Soo-ja appears to be friendly and amiable, but she is selective about that. She is described as a charmer who uses her skills to befriend anyone that might be of use to her. Kim Tae-Hwa has previously appeared on the 2012 Tv Series As One. Moreover, she was also a part of dramas So Not Worth It, My Strange Hero, and Extraordinary You. 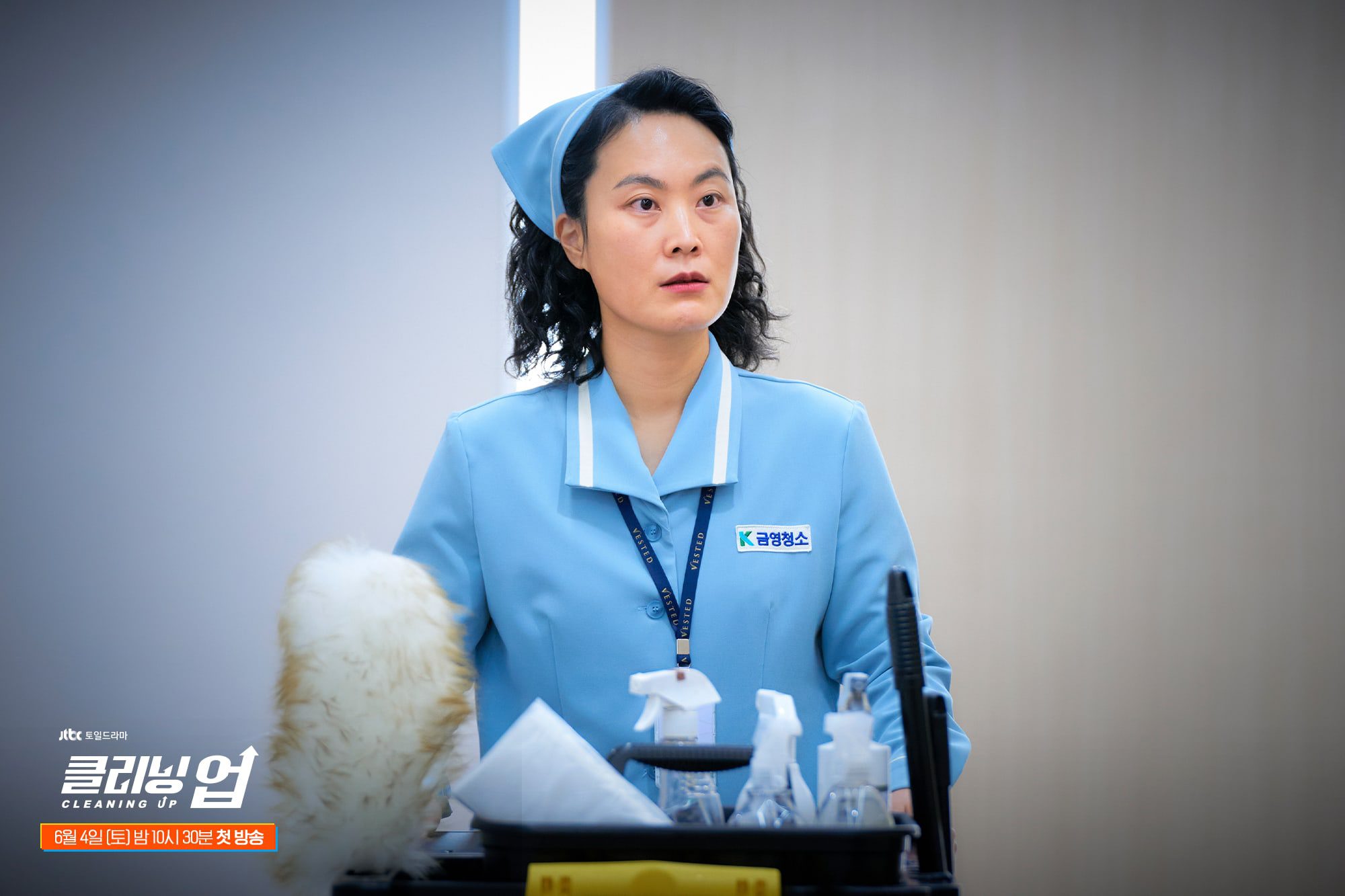 Supporting cast of Cleaning Up

Furthermore, there is an array of supporting but essential cast in Cleaning Up.

Actor Na In-woo stars as Lee Doo-young, an engineering Ph.D. student who happens to get entangled with the 3 women. He’s good at dealing with machines and electricity, so he might be of help to the 3 women. His character would surely bring some humor to the plot. 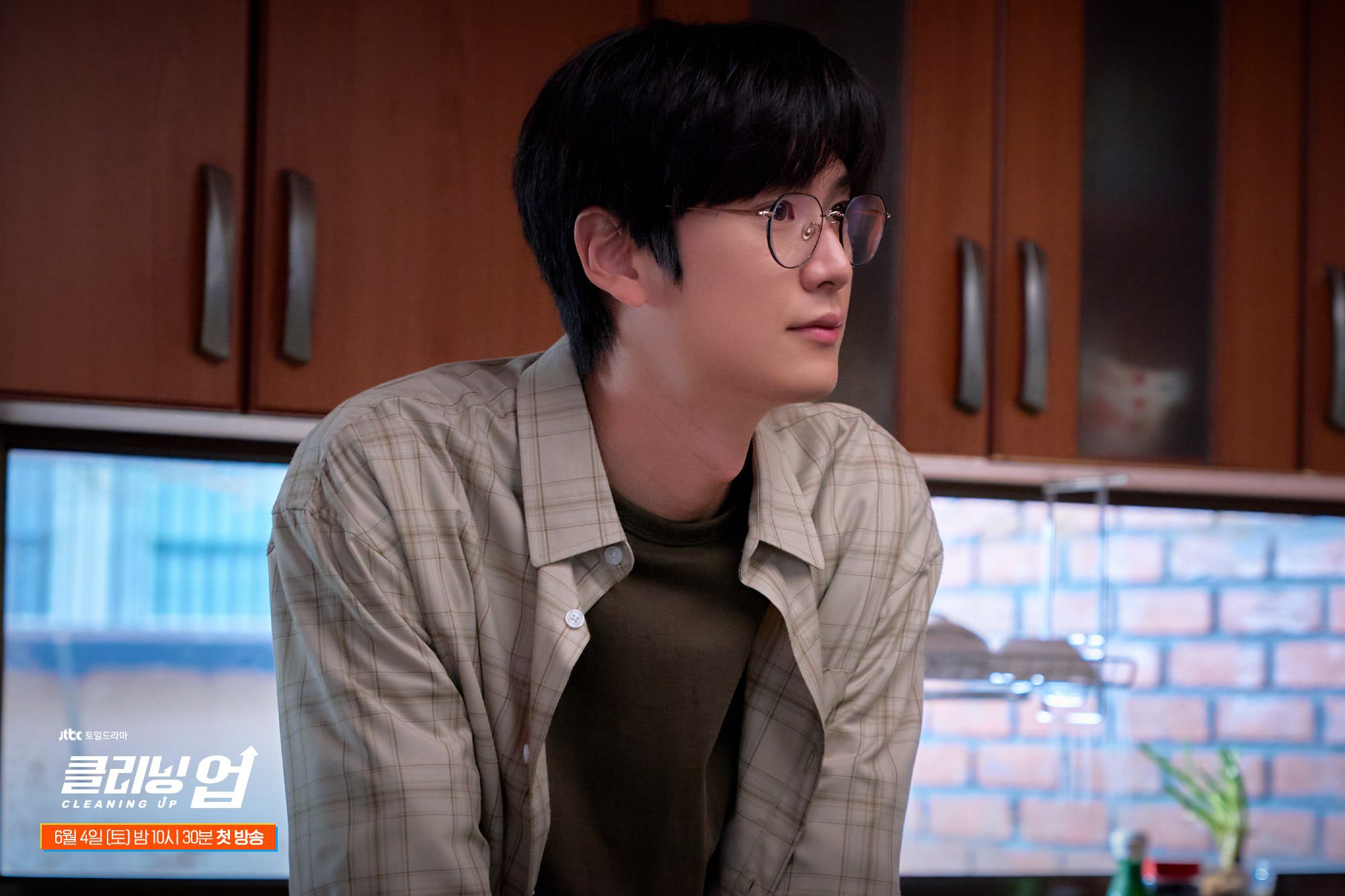 We also have actor Lee Moo-Saeng as Lee Young-shin, who is a mysterious informant at a law firm. Moo-saeng looks charismatic and charming in the mysterious character, and viewers can’t wait to see him in this role. 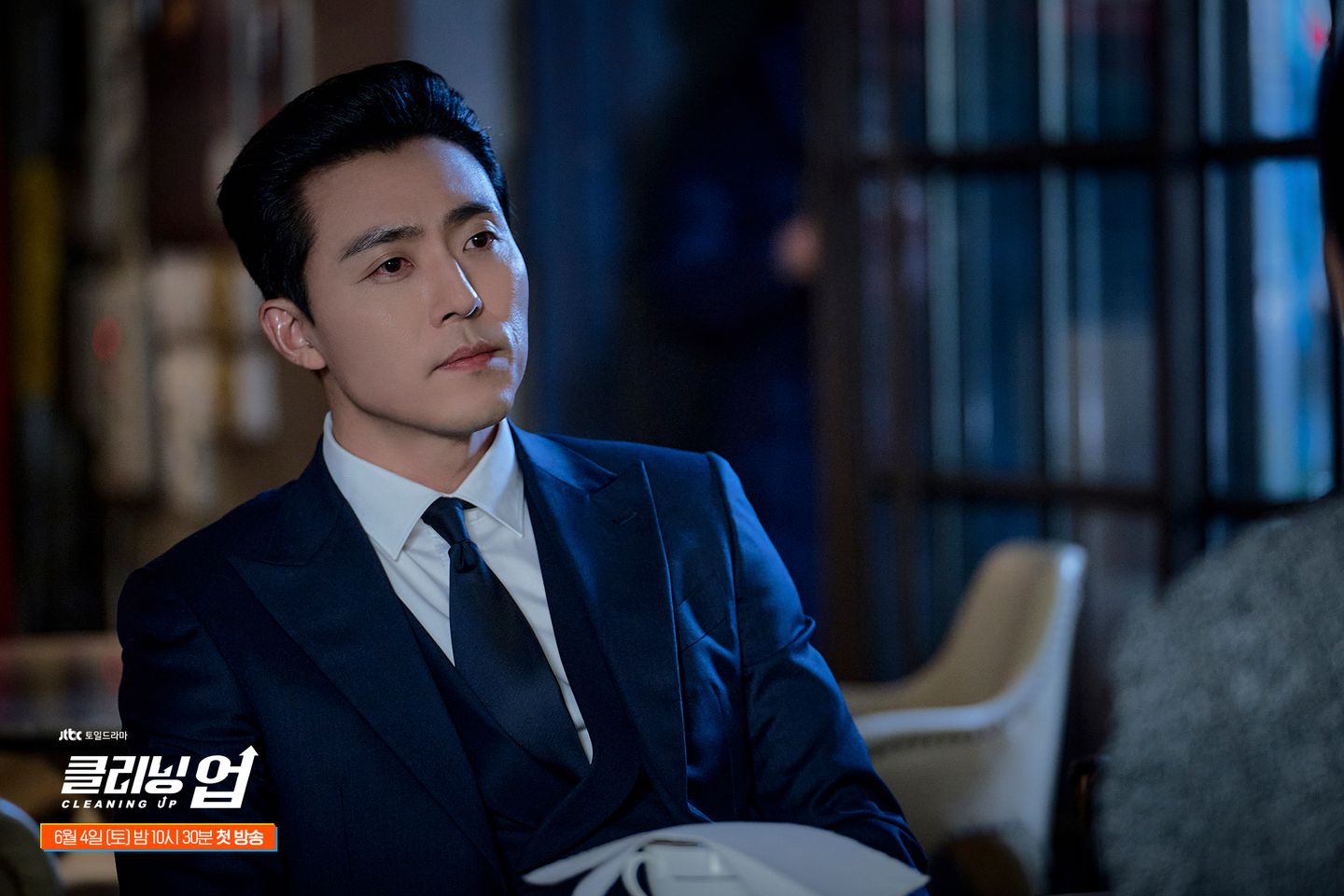 Makers of the show have claimed these two guys will surely steal the hearts of the female viewers of the drama. Honestly, I can’t wait to watch it.

Cleaning Up will start airing on 4 June 2022 and will have 16 episodes which would be an hour long. An official announcement hasn’t been made yet regarding the streaming details of the drama. So stay tuned for updates regarding Cleaning Up.