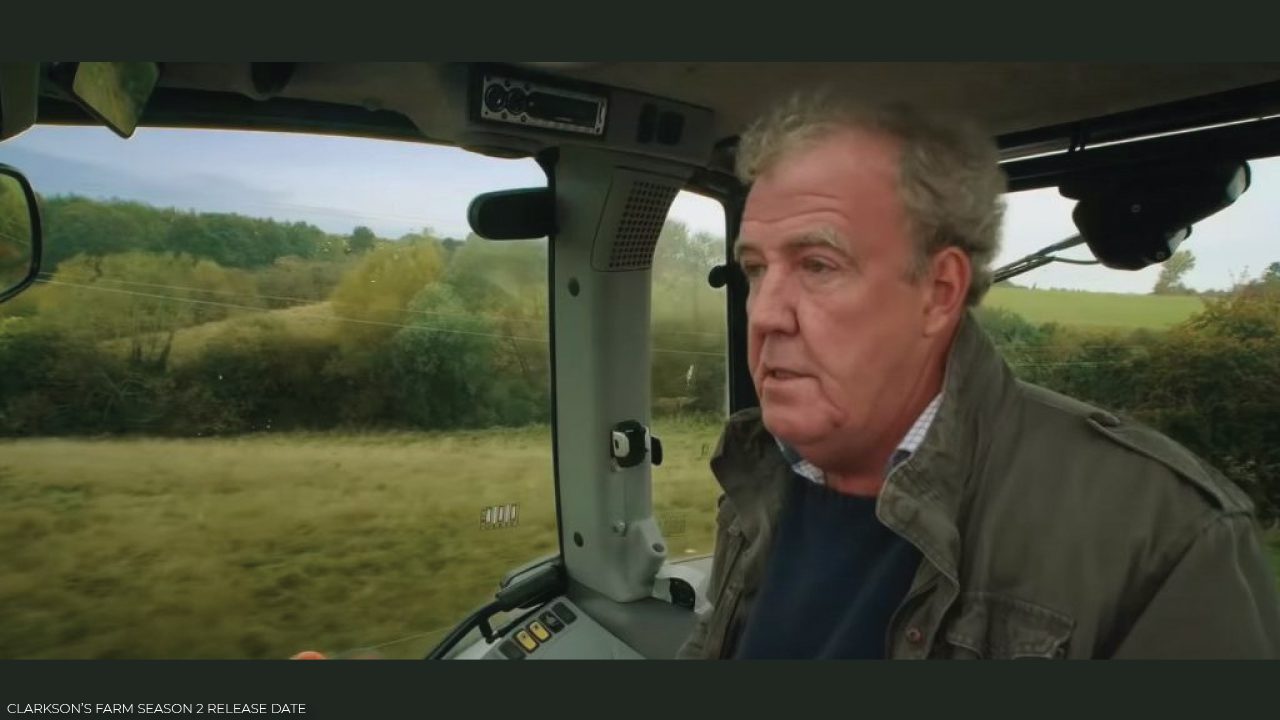 If you searched for Clarkson’s Farm season 2: Release date & renewal status, look no further! we got you covered! Firstly, motor journalist Jeremy Clarkson from the show The Grand Tour bought a lot of land of Oxfordshire from the Sarsden estate and decided to embark on the agricultural business. Secondly, he teamed up with the crew from Amazon Prime Video to record his experience and shared it with the world. And lastly, the show comprises his adventures regarding his experimentation with that endeavor.

Baby boomer Jeremy Clarkson is a man of many talents, an Englishman for sure. Gameshow host and motor enthusiast, one day —surely out of the blue— decides to become a farmer. And goes and buys a plot of land in England. Together with the land, he gets the tractor, the seed drill, and the cultivator. And embarks on the journey of a farmer with his crew. And if you think that his farm is part of some bogus reality show antic, it’s not, he actually owns it, and while not 100% productive, the man tries to make it a cash crop!

Clarkson’s Farm will release sometime in summer 2022. Firstly, Clarkson’s Farm season two is a widely anticipated series after the first season’s success, and fans are anxious to learn when they will be able to view the new episodes. Additionally, Amazon Prime Video executives have not provided an official date, but presenter Jeremy Clarkson did provide some behind-the-scenes information. In addition, the Grand Tour’s star revealed how long it takes to shoot a single season of the popular program.

It takes about a year for the whole photography to take place. You see, it’s a real farm. So the crew must shoot the harvest, plant, planning, and all the details regarding the farm life. Moreover, that’s not the only thing a farm must deal with. As with all things countryside, farms deal with weather conditions, bugs, and other contingencies that may or may not put them ahead or behind schedule. So, all things considered, it may be a while before you see any action regarding Clarkson’s Farm Series 2 on Amazon Prime Video.

The Englishman Jeremy Clarkson from the Grand Tour has other experts joining him in his Diddly Squat farm. Firstly, there’s Gerald Cooper, a stonewall construction expert who built the boundaries of the farm. This dude has a super thick accent that oftentimes requires subtitles because you can’t understand a word he says. Gerald often helps Jeremy harvest all the grain. Next in the cast is Kaleb Cooper, a major player on the farm. He’s young, he’s ambitious, and he helps Clarkson drive the tractor.

Charlie Ireland is an agronomist who coaches Clarkson on all things related to managing his farm. Then there’s Lisa Hogan, the girl who runs the farm shop. Lastly, Kevin Harrison is the topman at the National Sheep Association, and Ellen Helliwell is a shepherdess, the two help Jeremy with his sheeps in matters of tending his flock of lambs. How cool is that? When he’s not driving around in The Grand Tour, he’s peacefully trying to lift up a farm and making it productive, all the while Amazon Prime Video records it, and the world watches. Good for Jeremy!

Clarkson’s Farm chronicles the TV presenter’s experience since taking over the management of his 1,000-acre Cotswolds farm in 2019 when the previous farmer retired. There is clearly a limit to how sympathetic a multimillionaire can be, mainly when he has owned a farm for almost a decade and has never bothered to learn how it operates. When combined with Clarkson’s usual blustering arrogance, this program has the potential to be unbearable. Nonetheless, it is fascinating, humorous, bright, and unexpectedly pleasant. If you have your reservations about a motorhead turned into a farm boy. I suggest you give Clarkson’s Farm a shot. Because the shot not only is pretty informative and hilarious but also quite interesting as it gives us a side to Jeremy Clarkson that we seldom see.