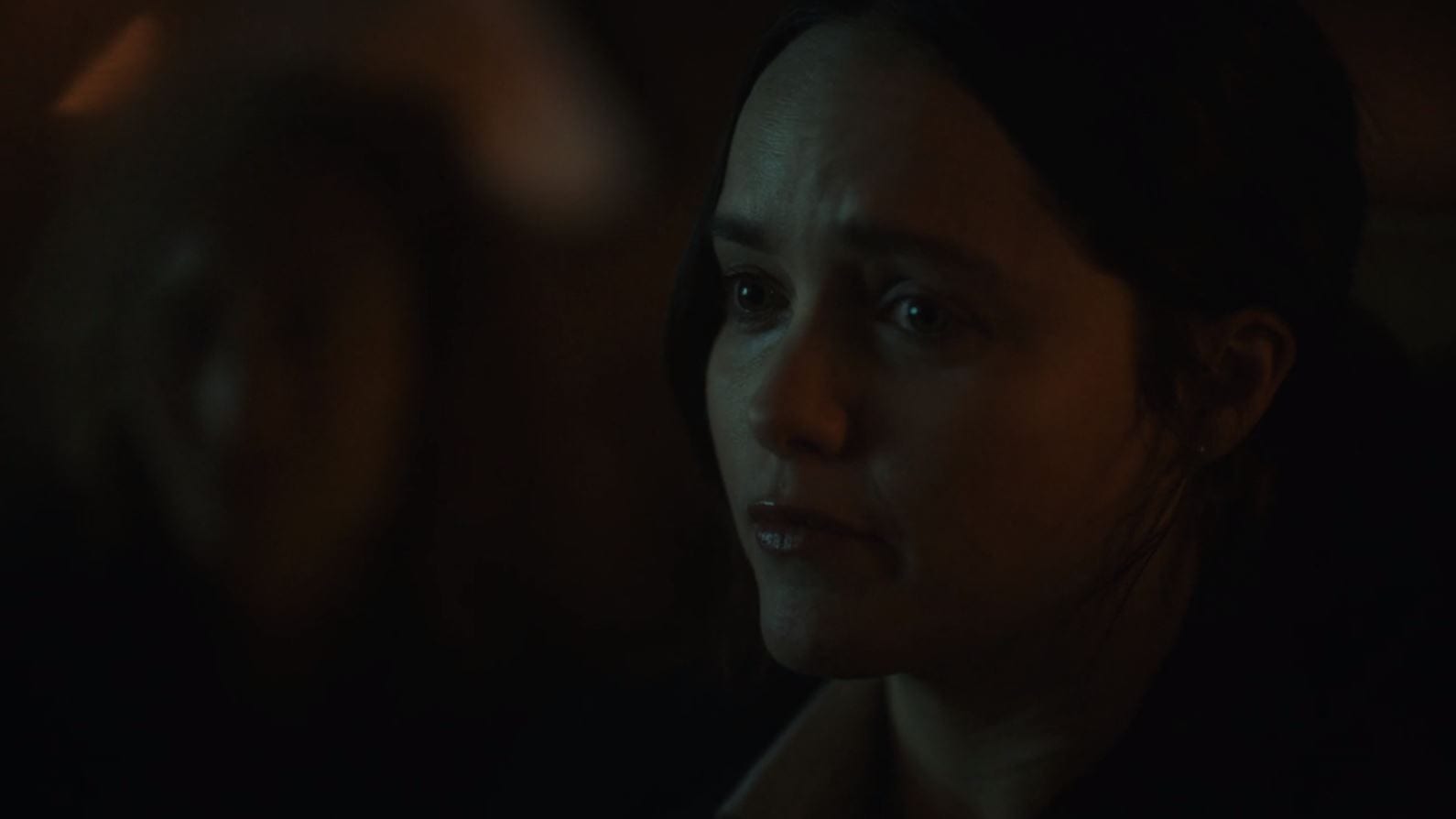 Clarice is a 2021 psychological horror crime police drama TV series that acts as a sequel to the 1991 film The Silence of the Lambs. This itself was based on the best-selling novel of the same name by Thomas Harris. CBS Studios ordered the series to be created back in January 2020. For this, they hired the duo of Alex Kurtzman and Jenny Lumet. But after the COVID-19 Pandemic brought delays into production, the show was ordered for production in May 2020. The show finally began premiering in February 2021. Even so, it faced many delays due to the rights issues in relation to the characters that were owned by both MGM Television and Dino de Laurentiis Company. Now that the show is well into its season let’s look at the preview and recap for Clarice Season 1 Episode 11.

While the show is unable to refer to characters from the original Hannibal Lecter movies, the showrunners are satisfied with it. They believe that the character was so instilled into the minds of the viewers that there was no scope of growth that they could provide. The show has become highly anticipated being one of the few shows that continue the story of a series of films. So, for the titular role of FBI Agent Clarice Starling, Alex Kurtzman, and Jenny Lumet star Rebecca Breeds.

She had returned back to the field in 1993, which happened to be a year after the events of The Silence of the Lambs. She had some significant impact from the previous events in her life. While this caused her psychological makeup to be disturbed, her bravery has helped her fight her childhood trauma. Now, she has finally decided to voice herself and escape the family secrets that have haunted her throughout her life.

Clarice Season 1 Episode 10 titled “Motherless Child” features Catherine Martin finally deciding to leave her home after months of research. She is after Lila Gumb, the mother of Buffalo Bill. She even makes her acquaintance with her in a bingo game. Elsewhere, Clarice had identified Joe to be the person who threatened Julia. Then Krendler receives a call from Ruth Martin, who was concerned about the whereabouts of Catherine. For this, Clarice was phoned in to join the search team. Clarice mentions Catherine’s obsession with Lila therefore, their investigation heads in that direction.

Meanwhile, Catherine had followed Lila back to her home, where she accidentally her onto a rock causing Lila to lose consciousness. Catherine brings her body inside her home. And after Lila wakes up, she quickly points a gun at Catherine as she has identified who Catherine really was. In the meantime, Clarice believes that Lila may be at her home in New Jersey and heads there. Catherine snatches Lila’s gun when Clarice arrives on the scene. Back at the station, Julia discovers some financial irregularities in the Alastor files. 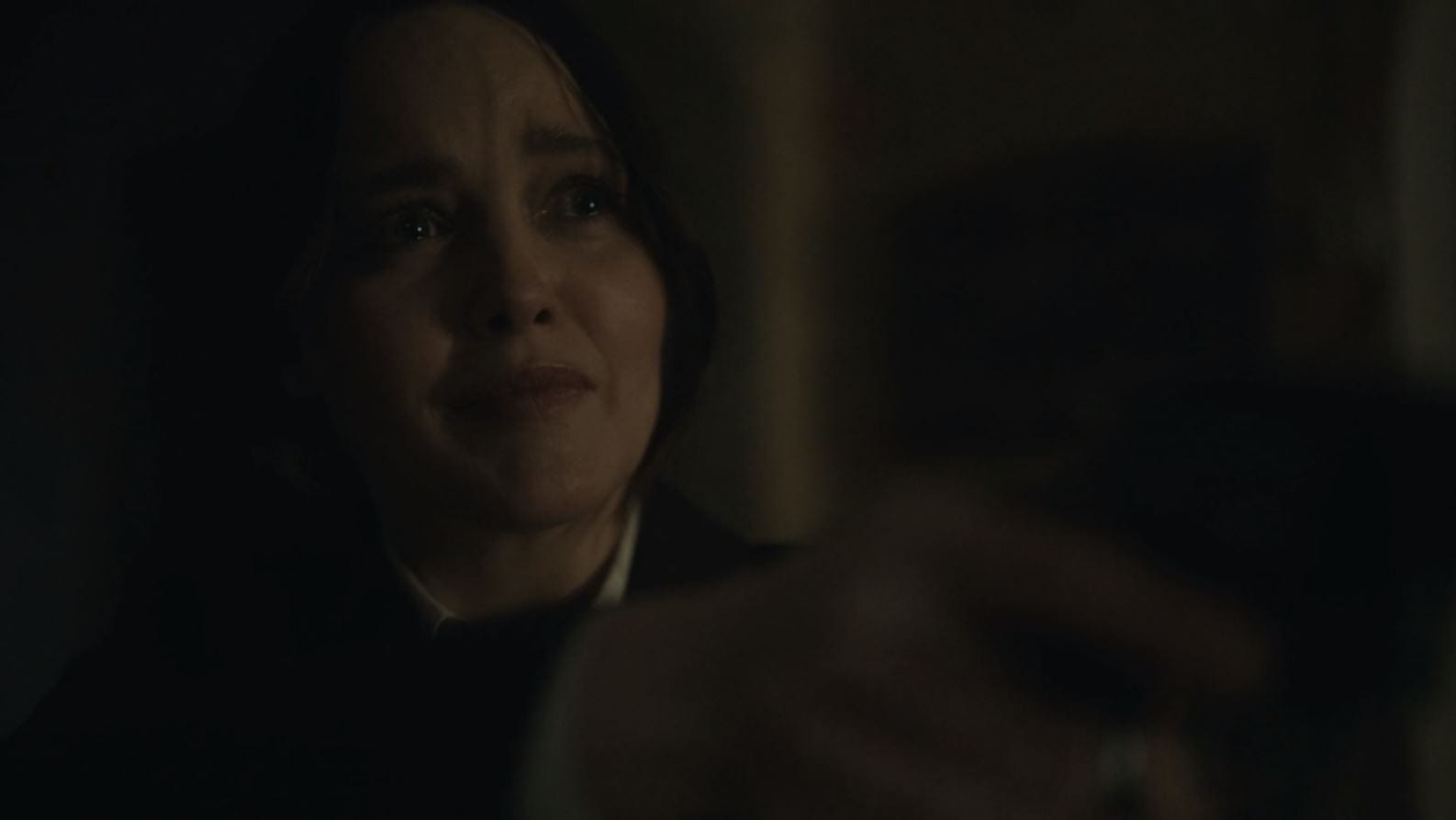 Clarice finds another way into the home while Lila and Ruth reminisce about Jame and Catherine. Lila explains how Jame happened to kill his grandparents with a box cutter when Lila herself was imprisoned for child neglect. Clarice makes a plea to Catherine to stop what she was doing. Hearing Jame’s story and filled with her own doubts, Catherine drops the gun and falls on her knees. Meanwhile, Clarke and Esquivel ask Julia to find the smoking gun they need on Alastor. Clarice calls Ruth to tell her how she was about to hand Catherine to the local police. Ruth. Later she remembers an event that took place in the night with her father. 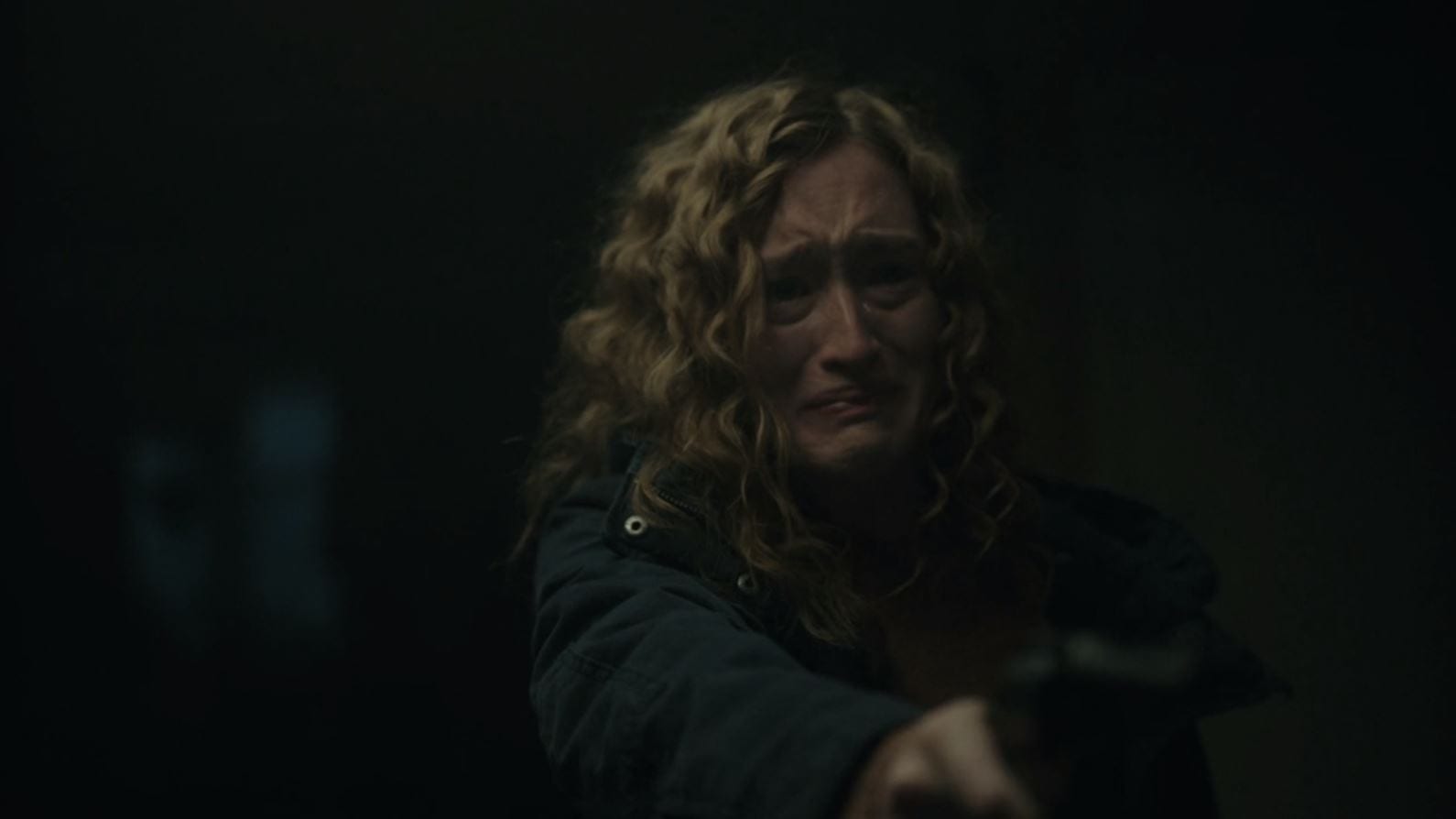 When Will Clarice Season 1 Episode 11 Release?

Clarice Season 1 Episode 11 is set to be released on 10th June 2021 titled “Achilles Heel”. The episodes by this Clarice are scheduled to be aired at 10:00 pm ET / 9:00 pm CT. If you wish to be the first one to watch the episode among your friends, you can do so by simply tuning in at the right time. For that, you can simply convert the above-mentioned time to your local time zone. Clarice follows an episode release pattern of one episode every Thursday. But, this release pattern was hindered thrice due to hiatuses put about by CBS.

The hiatuses were observed to be present for around two to three weeks. Clarice Season 1 is having many shooting concerns, due to which, it is set to have a series of delays. While the filming did begin back in September 2020, it was delayed due to the COVID-19 Pandemic. And it was said that this continued until 23rd March 2021, during which the show had already begun premiere. So, it is possible that the delays that have taken place after that were concerned with the show’s post-production. Additionally, Clarice has already been renewed for a second season. The show will then be primarily relocated to Paramount Plus.

CBS has announced Clarice Season 1’s release dates up till Episode 13 of the show. Therefore, here we have the details surrounding them. 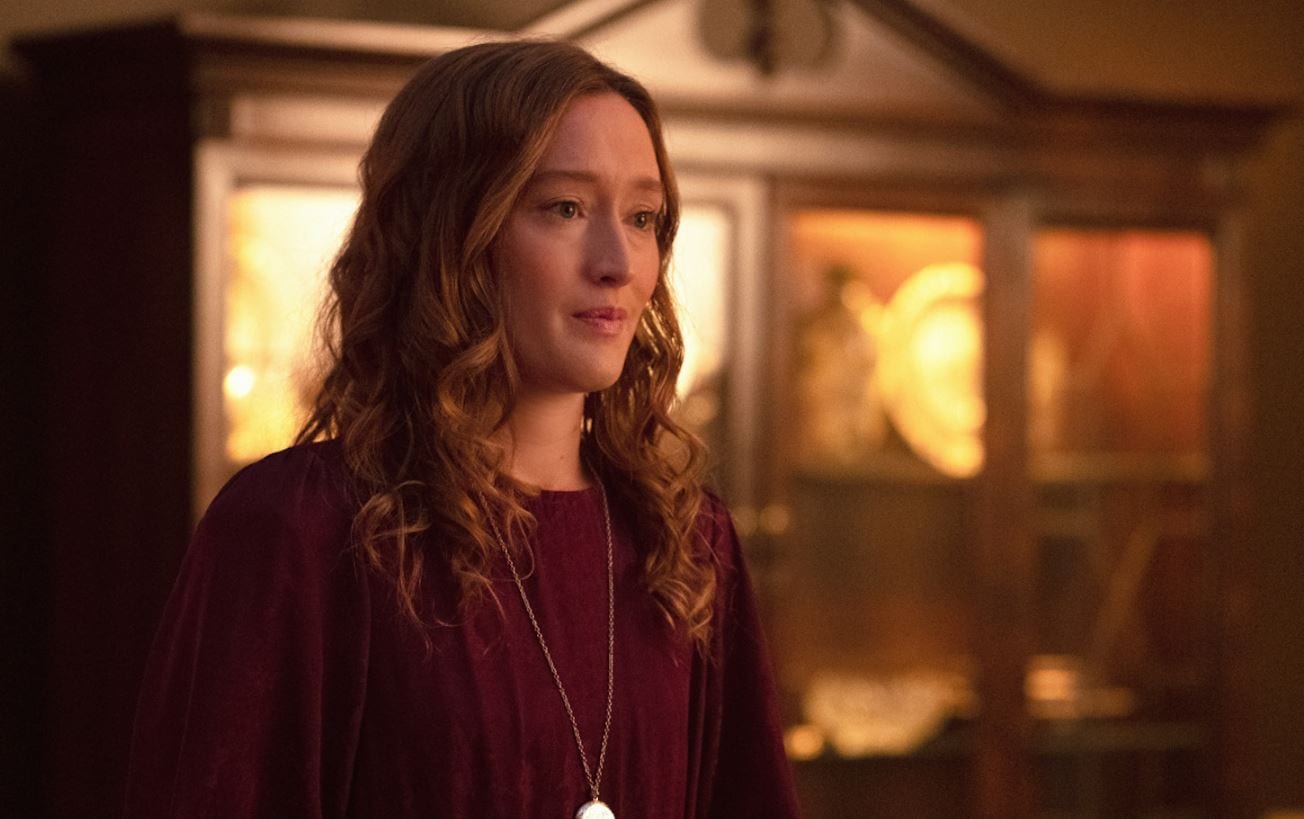 Clarice Season 1 Episode 11, titled “Achilles Heel” is set to deal much more with Alastor Pharmaceuticals. The Company has become a foreground for evidence in the River Murders. For this, Clarice has been working most part of season 1 in uncovering the company’s secrets. But her attempts are almost always foiled by one of her suspects. He is smart and manipulative and knows exactly what would switch the momentum in his favor during a conversation. A display of such skills will be seen in the upcoming episode as well. The River Murders isn’t a standard investigation, and it requires going through each and every member of the company as well. While the higher-ups seek to save their skin, some lower employees might give away some information that could turn out to be crucial.

In this episode, Clarice goes deeper into her investigation of the River Murders. The Prime suspect being someone in the Alastor Pharmaceuticals, she must stay vigilant. Meanwhile, it was informed that the company was being sold. This could lead to the destruction of a lot of evidence, therefore the ViCAP takes it upon itself to prevent the loss of any valuable evidence. Elsewhere, Clarice is finally able to question the CEO of Alastor Pharmaceuticals. His name is Nils Hagen, who will be very manipulative and is easily able to change the topic for conversation. He will bring about Clarice’s relationship with his son, Tyson. 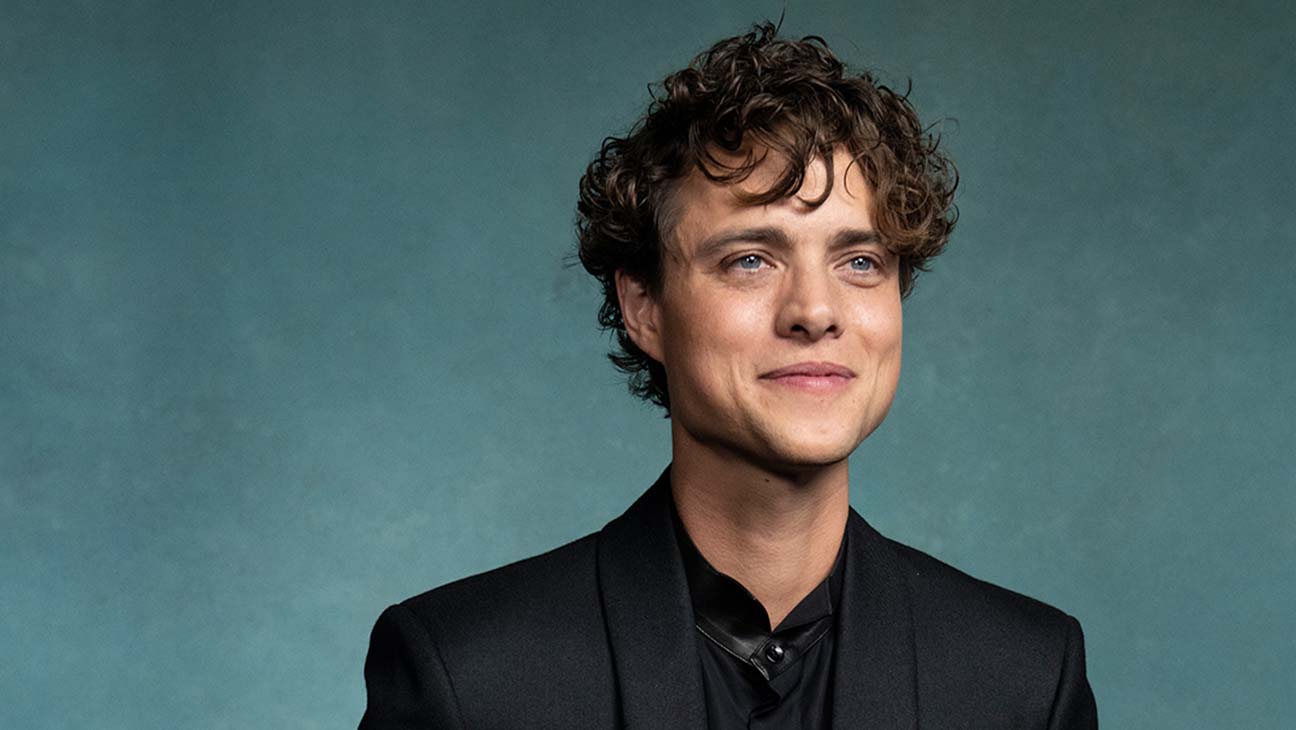 Where to Watch Clarice?

One can watch all the episodes by Clarice as they air on the set time on CBS. If one happens to miss the episode when it airs, they can also catch up with the episodes later on CBS’s Website. The episodes by Clarice are also available to be streamed on Global TV, YouTube TV, Stan, Paramount Plus, Amazon Prime Video, and Apple TV. One can even watch Clarice by live-streaming the episodes on DirecTV and Fubo TV. Moreover, one can even watch the show If they do not wish to subscribe to any of the above streaming platforms. This can be done by either buying or renting the episodes on Amazon Prime Video, Vudu, iTunes, Microsoft Store, and Google Play. Clarice follows a TV show format of an hour-long episode along with commercials. Other CBS shows one can watch include Young Sheldon, SEAL Team, and All Rise.

Also Read: What To Expect From Clarice Episode 10?