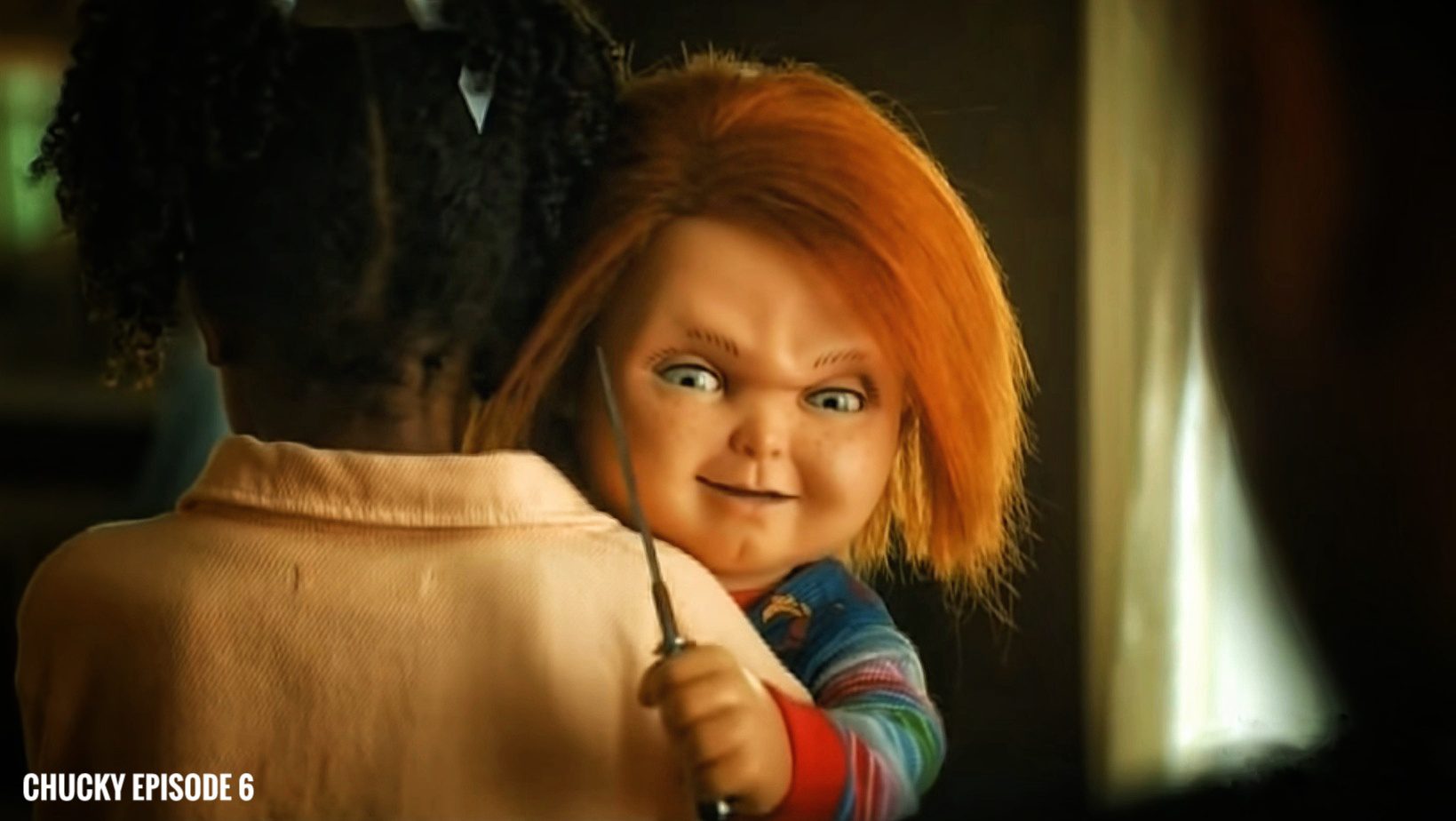 Chucky episode 6 will see Jack and his friends try to kill Chucky again. In the previous episode, we saw them seemingly killing the burnt-up Chucky. After they treated him with kicks, the doll seemed to have become what it should be — lifeless. However, the definitive death of the titular character would be absurd, so we all knew it didn’t happen. Soon enough, we saw that Chucky was still alive and killed. The previous episode also brought in a familiar face to the Chucky continuity. We saw Nica returning to the canon. The next episode is set to witness the return of another character from Cult of Chucky.

Andy Barclay is the character we’ll see make a return to the Chucky universe. Last seen in 2017’s Cult of Chucky, Andy will return to the fray and help kill the doll. Episode 6 is titled “Cape Queer” and is written by Don Mancini. The directing credits for the episode are currently unknown. Let’s now delve into all that episode 6 of Chucky season 1 will entail. Spoilers ahead! 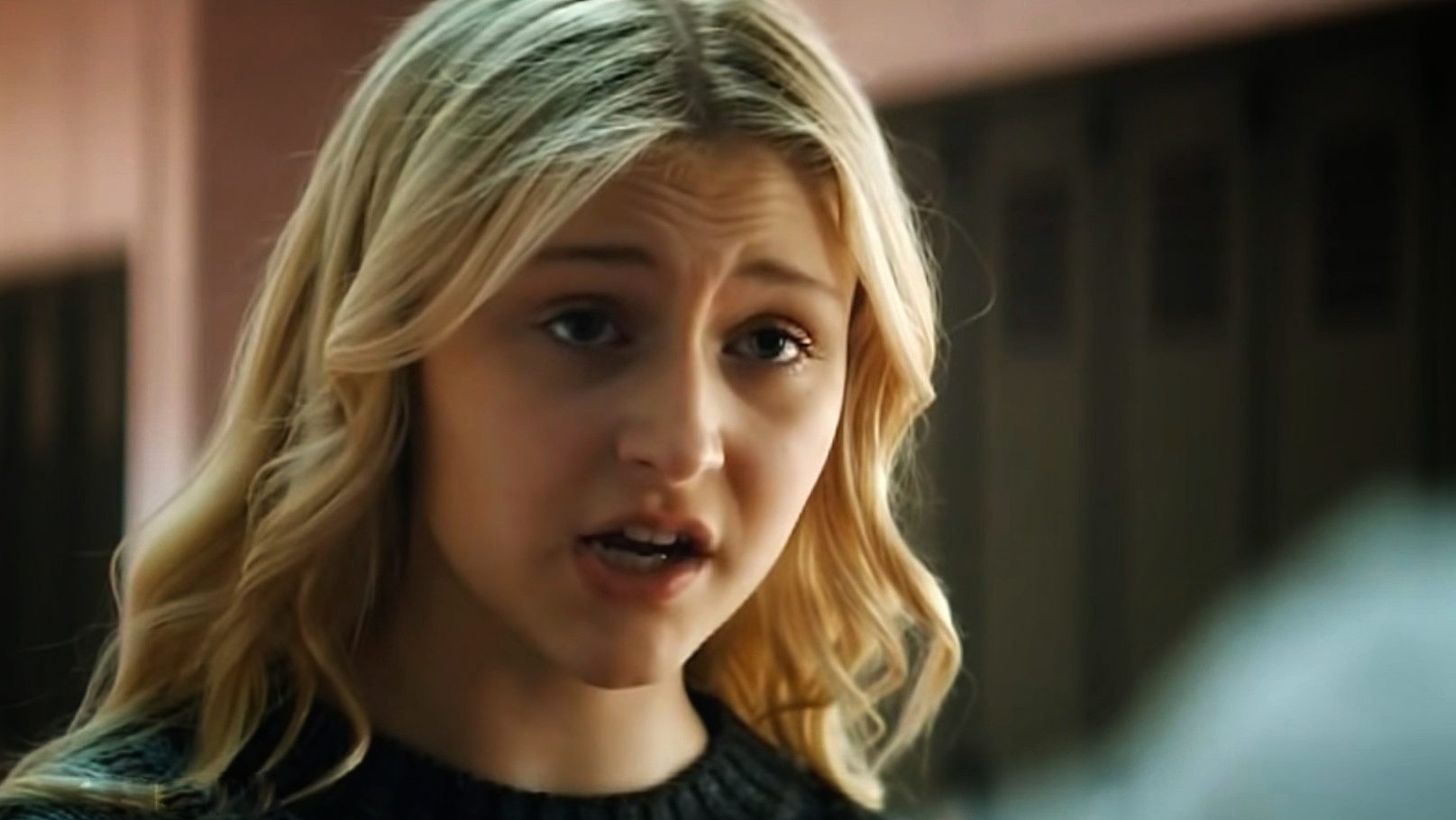 Episode 5 sees Chucky biting the dust, however temporarily it might have been. We also get the backstory to Charles through flashbacks in this episode. The episode starts off with the Cross family returning home. Lexy’s dad gives Caroline a new Good Guy doll named Tommy after the Chucky one burnt up. Jake, Devon, and Lexy gain the upper hand this episode. They go to the backyard and ambush Chucky and kick him to his death. At least that’s what it seems like for a part of the episode. As the trio finally bags a win, Devon and Jake get to be more close. They even kiss each other for the first time.

As they move on with their lives, we soon learn that the carnage that is Chucky still lives. We all saw that coming but what we didn’t see was the lore of Chucky revisiting the previous stories. After what seems to be the end of Chucky, we move to a hotel somewhere in Hackensack. Charles’s girlfriend Tiffany and Nica appear, and they seem to be living together with two male victims. Charles has obviously taken hold of Nica’s soul. This also brings up the question as to what’s the limit of Chucky’s possession. He seems to have the power to possess several people simultaneously.

After some time, though, Nica and Tiffany get into an argument that momentarily allows Nica’s original self to regain control. She tries to save one of the victims before Chucky takes over again and kills the victim through her. Meanwhile, we see Bree talk to her therapist about her cancer and promise to come clean to her family soon. At the school, Mayor Cross and Detective Evans hold a town meeting where they express remorse at what has recently transpired in the town. The concurrent shocking events in the town are far from over, though.

The principal doesn’t turn up on her scheduled time slot. We soon learn why as her severed head comes rolling down the stage. Chucky is alive and has transferred his soul into the Tommy doll. We also see Chucky’s backstory in this episode. Through a flashback, we see a young Charles Lee Ray in a dance club in the 1980s. He walks up to a dancer and takes her to a hotel room along with another red-headed woman. After the two women dance for him, Chucky kills the dancer. He and other women take delight as we learn that the other woman was Tiffany.

Chucky episode 6 will release on November 16, 2021. Jake and his friends are soon to going to realize that Chucky is not dead. The official synopsis for the episode states that Jake and the company are going to try to kill Chucky. To execute this task, they will set a trap that incurs heavy risks. If this plan backfires, it could unleash some dire consequences for Jake and his friends. The promo for the upcoming episode shows the kids trying to turn to someone familiar for help. Like in the last episode, we can expect to have someone from previous Chucky properties show up.

Episode 6 of Chucky season 1 will air on the USA Network on Nov. 16, at 10:00 pm ET. It will also simultaneously release on SyFy. Viewers can also watch the episodes online. The two main options to stream Chucky season 1 online are SyFy and USA Network’s official websites. With three episodes left in the season, things are only going to get more exciting. Brutality, blood, and carnage lie ahead, and we can’t wait any longer for more Chucky content.

Also Read: What Is The Zodiac Sign Of Chucky? The Astrological Sign Of The Ruthless Little Doll