A young assistant at Sport's Agency faces accusations of selling drugs to a high-profile name. 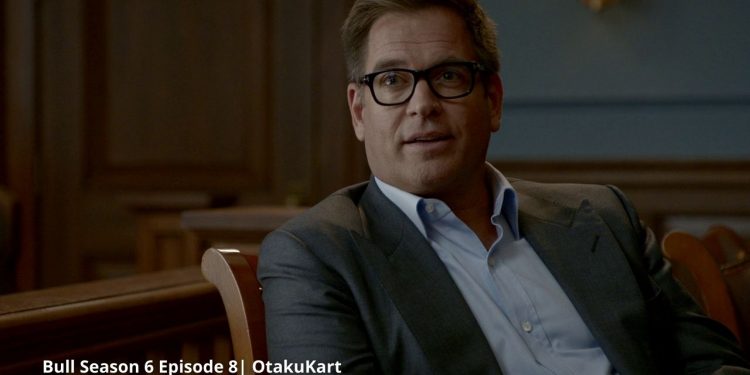 Bull Season 6 Episode 8 brings a high-profile case involving drugs to Bull’s table. Now, this may have a lot at stake, and cards may not play according to the way Bull wants. So he may need luck if he wants to win. Especially after he himself got out from a case that almost sent him behind bars. Yes, Bull’s accusations of bribing a juror landed him a lot of trouble. If he alone wasn’t enough, in a matter of time, it roped in his wife Izzy as well, who could face charges too. Thus, leaving Astrid alone.

Miss Powell and Bull worked side by side in this case. Every move they made was cleverly observed as they were already facing charges of bribing jurors. Doing anything with the case means the charges could pile up. So Bull’s team didn’t have much allowance in doing what they do the best. In the end, Bull’s team isn’t willing to give up but is Bull having second thoughts? Especially for Astrid. Let’s find out.

Previously on Bull Season 6, Bull was trying to clear his name from bribing the juror Randall Hughes. Taylor plans to run through and figure out the source of the payment made. Miss Powell, on her side, wants to go by the rules. Bull is already facing accusations of juror tampering, and they don’t want more on that. Parker Reily, the opposing lawyer, came to suggest the payment was made none other than by Izzy, Bull’s wife. On Izzy’s side, she doesn’t know how it all happened. She hadn’t touched that account in years. Anyway, now both Bull and Izzy were part of the conspiracy, and both could be behind the bars.

Bull tried to talk to Carol the next day but all she knows is that Bull was right outside the juror’s house at night. Danny plans to follow Clayton to find a connection. Meanwhile, Bull was asked to sit idol as the court took statements from jurors. Hughes would be standing in the court next and Bull was nervous to enter the same room for the very first time. Analyzing Hughes told Bull something is wrong and the question of how he is so confident. It was in the washroom later on where he noticed signs that Hughes is guilty of what he did.

Taylor couldn’t find out who hacked Izzy’s tablet while Danny couldn’t find any connection between Clayton and Hughes. Taylor and Danny tried to lure Clayton into blackmail to figure out if he has doubts. But Clayton came with the FBI resulting in another fail on Bull’s side. Still, Bull was happy that his team was going to lengths to stick by his side. Now he was ready to take a stand.

Bull got into court and testified that he did think of bribing Hughes for his family but never did. That still didn’t explain the transfer of money from Izzy’s bank account. Taylor noticed that Coach Hughes soon who needed a kidney recently got one but Hughes in the court said he still needs one. So he might have got it in the black market, and this soon led to a confession from Hughes. The person who forced him to lie was Smokestack’s lawyer, Carol. As she went behind bars, Bull’s team called in for celebrations.

Bull Season 6 Episode 8 is releasing on 9 December 2021. It is titled “Snowed In”. The official synopsis of the episode suggests it’s Christmas and Bull needs a miracle to happen. He is working with a sports agency’s young assistant who is facing charges for lethal drugs to a star client. So stakes are high as it is a high-profile case and Bull may need to make sure he doesn’t make moves, especially on Christmas. The day he is supposed to spend time with his family and friends.

Bull Season 6 Episode 8 is airing on CBS at 10:00 pm ET in the United States and at the same time in Canada on GlobalTV only. Expect a new episode every Thursday following the eighth for ‘Bull’ Season 6. You can also watch Bull Season 6 Episode 8 on CBS’ official website and Paramount+. Video-on-demand services of Amazon Prime Video, VUDU, Microsoft Store, YouTube TV, and iTunes also offer ‘Bull’Season 6 Episode 8 to buy or rent.

Also Read: Abduction & An Unlikely Alliance: What Will Happen In S.W.A.T. Season 5 Episode 8?

Shweta Bachchan-Nanda Divorce: How True Are The Rumors?