Christmas in The Heartland Ending Explained: Who Wins The Beauty Pageant? 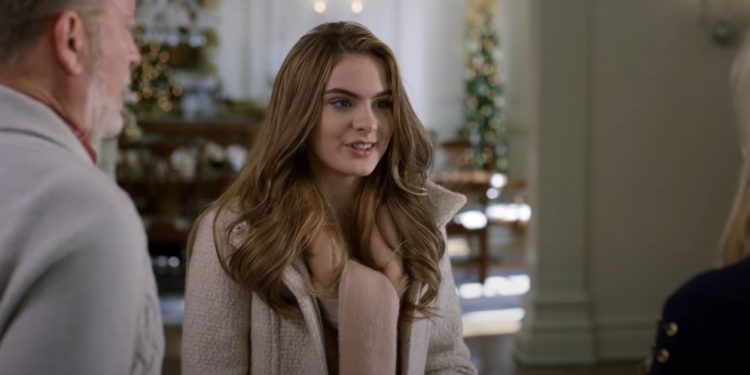 Christmas in The Heartland Ending Explained

The month of December is a worldwide time of recollection and gathering. Firstly, Christian societies celebrate the birth of Jesus, and there are many things people do during Christmas time. One of them is getting together to watch seasonal movies. In this case, talk about the ending of Christmas in The Heartland. The movie is one of those joyous two-hour films that are full of happy things. In this case, two teenagers heading for the same place in an airplane decide to switch identities.

One of them comes from a very rich background, and the other comes from a working-class environment. When the two switch up, they see things differently, and their cultures clash. Like all teenage comedy movies, this genre can’t be taken literally for its perfect plot. Also, the movie is funny and has a cast that stars Bo Derek and the two teenage girls Brighton Sharbino and Sierra McCormick. This is a movie I would recommend you watch during Christmas with your family over a hot cup of chocolate.

Christmas in The Heartland Premise

Kara Gentry (played by Sierra McCormick) and Jessie Wilkins (played by Brighton Sharbino from The Walking Dead) are facing similar Christmases, which they aren’t looking forward to. Jessie and Kara are both getting ready to spend Christmas with their grandparents for the first time. Despite the fact that both girls are still grieving the loss of their mothers. Kara and Jessie are seated next to each other on the plane to Oklahoma by chance, and after building a relationship and realizing their shared holiday plans, the girls devise a scheme to swap places for Christmas.

Jessie is welcomed by Kara’s wealthy grandparents Elsa and Bob (played by Bo Derek and Christopher Rich). And Kara fits in with Jessie’s rowdy grandmother Judy (played by Shelley Long), Jessie’s uncle Roy (played by Bryan Whorton) and his sons, and Jessie’s father figure Jim. As the time passes and Kara and Jessie keep going to impersonate each other, Kara finds herself settling in with the Wilkins family, while Jessie struggles to live up to Elsa’s expectations as she prepares her “granddaughter” for an upcoming Christmas pageant. As the girls’ plan grows near to being revealed, another secret emerges—and what does this mean for these two very different families?

Christmas in The Heartland Ending Explained

At the ending of Christmas in the Heartland, when Kara Gentry and Jessie Wilkins switch identities, several things happen. For one part, the story falls a little bit short in explaining to us how did they manage to dupe everybody. Moreover, there’s a point when one of the girls meets the other’s stepdad. Also, consider they’re both orphans as both characters lost their mom. When the two girls enter the local beauty pageant, they both audition for the same song. While one of them wears a nice gown and then gives it away to charity., the other picks it up from the charity story.

Lastly, at the crucial moment, when it all comes to the moment of truth, the girls are step-sisters!  While the scriptwriting does a lazy job at doing a spin on Prince and the Pauper, the movie is a little bit funny. And while the two girls aren’t very good actresses, you can tell they had fun making that movie. Moreover, if you’re looking for a deep plot, look elsewhere. After all, Christmas is —like the song says— the time to be jolly. Like all family films, there are moments in the plot where the movie —tries— to go deep into key concepts for character development. But if you’re a strict film critic, you wouldn’t give this movie a good rating because of the problems with the narrative.

Christmas in The Heartland Trailer:

Where to Watch Christmas in The Heartland?

If you want to watch Christmas in the Heartland, there are a couple of options available for you on the internet. This seasonal teenage comedy movie is available in Hulu Plus, Paramount+ Netflix, and Fubo TV with an essential subscription. Also, it is free to watch on Pluto TV, Tubi, and Plex. Lastly, you can buy or rent it from Google Play, Vudu, Amazon Instant Video, or Apple iTunes.

Did NCT’s Yuta undergo Plastic Surgery for his Chin?

Where Is ‘Viewpoint’ Filmed? All About The Series’ Filming Locations!