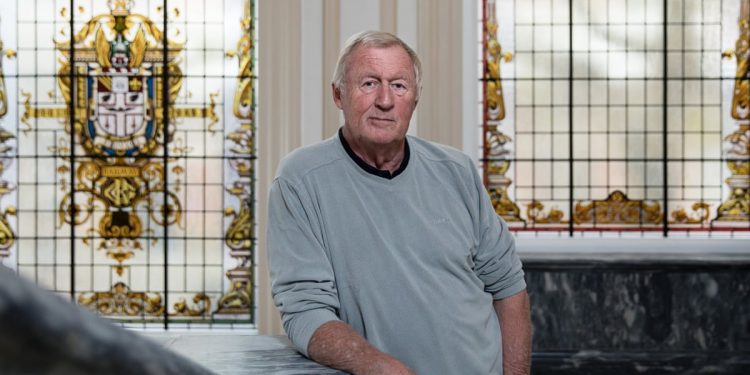 Popular English broadcaster, television personality, and former radio DJ Chris Tarrant is surely a man of many talents! Readers might want to know more about Chris Tarrant’s affair. Tarrant used to host the popular ITV Children’s television show Tiswas from 1974 to 1981. Fans later saw him in the but game show Who Wants To Be A Millionaire. He served as the host for a long time that was from 1998 to 2014. He hosted as many as 592 episodes, out of which a total of five contestants won the cash prize of a whopping amount of £1 million. Not to forget, he was the capital radio host from 1984 to 2004.

While ITV later commissioned another series of Who Wants to Be a Millionaire? back in 2018, Chris Tarrant did not make his return as the host. He later admitted that he would politely turn down an offer as he had a great time but won’t be continuing it any longer. Apart from his successful career as a popular television personality, Chris Tarrant has been involved in his fair share of philanthropic work as well. He was the ambassador for the homeless charity. He was also a patron for Headway Thames Valley. He, however, left in 2006 citing work commitments as the reason. Apart from his impressive career as a television host, Tarrant had also launched his travel documentary called Chris Tarrant: Extreme Railways. Apart from his career, let us read a bit about the tumultuous outcome of Chris Tarrant’s affair.

Chris Tarrant’s Affair: Here’s All About It

The multi-millionaire television host has been a fan favorite figure for several decades now. Tarrant, however, gained a notorious reputation after his long-going affair was out in the public eye, and his wife later filed for divorce.

It was soon announced that Chris Tarrant is splitting from his wife Ingrid after she found out about his long-running affair with Fiona McKechnie. The affair turned around a few dark pages, and many were stunned to see how the host addressed the entire situation. While many rumors were going on about it, it was reported that Ingrid hired a private investigator as she sensed that something was going on with her husband.

Television Host Chris Tarrant Opens Up About His Affair!

Surprisingly, the television host had an interesting way to tackle the affair fiasco! Tarrant stated that his affair left no dead bodies. He further said that he is not Jonathan King or Gary Glitter and hence, cannot work out why his affair continues to be news. If you are a traveler and love to binge-watch some travel shows, here’s just the one for you.

Our Kenya episode “The Lunatic Express” is still waiting for a new date. It’s been pulled by Channel 5 twice and no new date yet. Very frustrating! pic.twitter.com/BmZ4IGcTeG

The host also recalled that his children, especially, Toby have handled the breakup very well. While the television host tried to brush off the ongoing rumors, he surely went on to admit how devastated he was when his marriage collapsed due to the infamous love triangle.  The marriage was rumored to be going rocky for a while, and that this affair was allegedly going on for almost a decade!

What Was The Aftermath Of The Infamous Love Triangle?

While the affair went on to become one of the most talked-about scandals of all times, Chris Tarrant moved out of the family mansion near Esher, Surrey, and lived in solitary in a bachelor residency nearby although he also owns a home in the South of France. The host has gone on record to admit how devastating the entire split was for him.

The talk show host admitted that there had been a lot to think about this last couple of years as life is a bit complicated. However, he also added that things are getting back to some semblance of normality, although at a slow pace. Tarrant says that instead of crying, he is going to bottle it up and carry on laughing just like his dad did. While the affair took a toll on his life and surely created a huge controversy, it seems like the television host has his way to overcome it all.

Also Read: Tierna Davidson’s Partner: Who Is The American Football Player Dating in 2021?