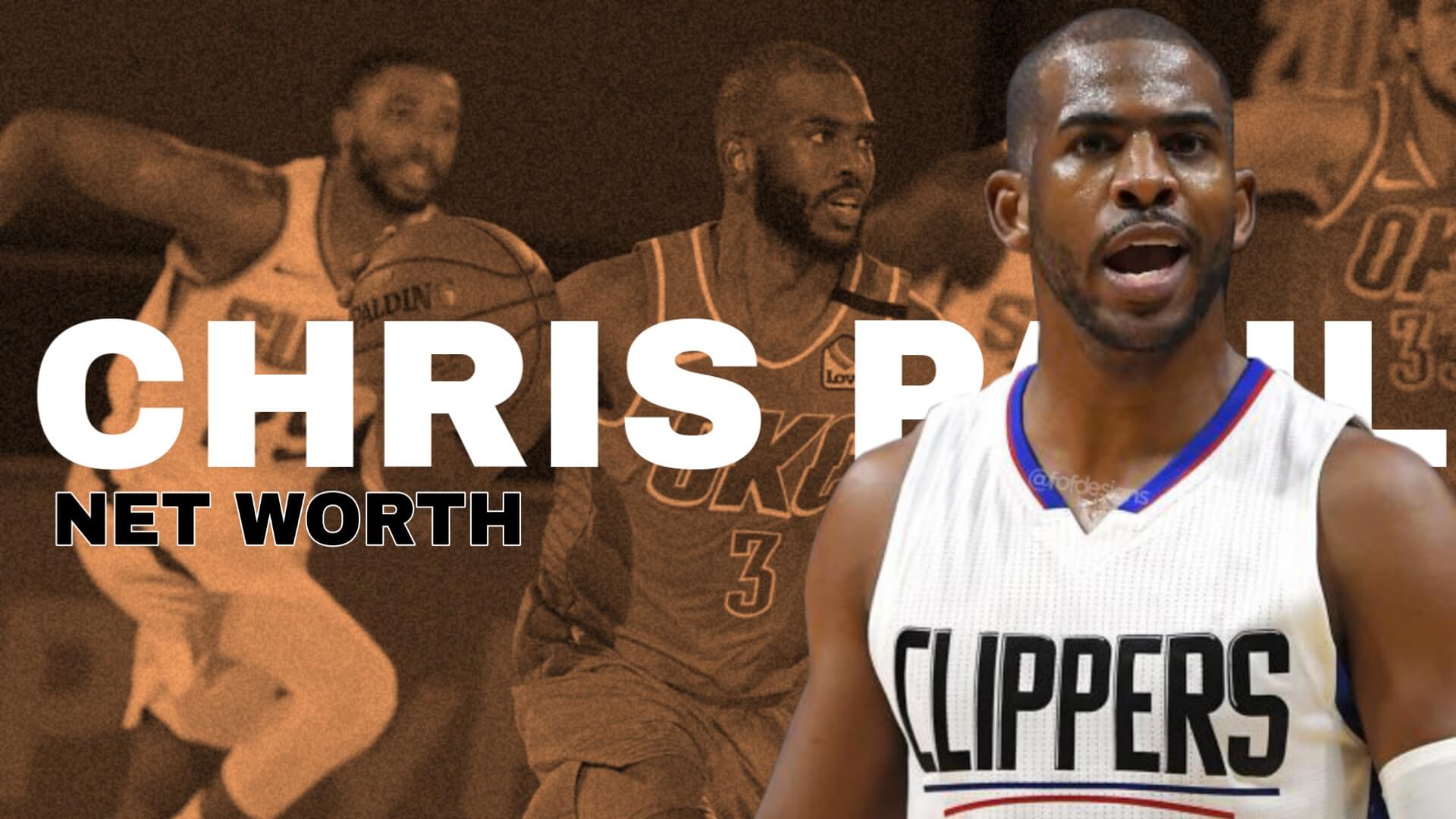 Chris Paul is one of the few basketball players with no Championships and still an impressive net worth. In this article, we will take a look at the consistent point guard’s career, personal life, and wealth. The professional basketball player has played for the New Orleans Hornets, the Los Angeles Clippers, the Houston Rockets, the Oklahoma City Thunder and is currently playing for the Phoenix Suns since 2020. Nicknamed “CP3”, the American basketball player plays the point guard position. He has had an incredibly consistent career. He has won the NBA Rookie of the Year Award, an NBA All-Star Game Most Valuable Player Award, and two Olympic gold medals.

Paul has led the NBA in assists four times and a record six times in steals. He has also been a part of eleven NBA All-Star teams, ten All-NBA teams, and nine NBA All-Defensive teams. He currently plays for Phoenix Suns. Paul is one of the highest-paid athletes in the world. It’s thanks to his career of consistent plays as a point guard. Paul has also served as the president of the National Basketball Association since August 2013. The championships are mostly seen as proof of success for a basketball player. However, Chris Paul has been different in this regard. With no championships in his bag, Paul continues to secure the bag at 36 years of age. Let’s now delve into the career and personal life of Chris Paul before we talk about his net worth. 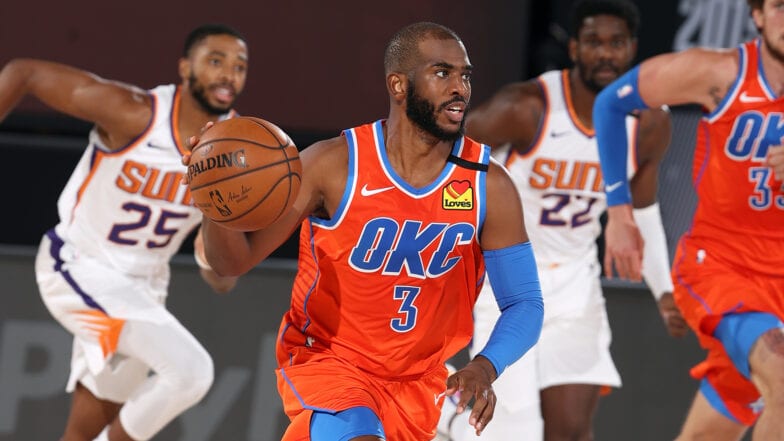 Chris Paul was born in Winston-Salem, North Carolina, on May 6, 1985. Born to Charles Edward Paul Sr. and Robin Jones, he grew up in North Carolina. He has an older brother, Charles “CJ” Paul. His father Charles Sr. was a former athlete and taught his sons, basketball and football when they were children. Paul went on to attend West Forsyth High School in Clemmons, North Carolina. As a senior there, he won his school’s varsity basketball team to a 27-3 record. He was also the 2003 McDonald’s All-American and North Carolina’s Mr. Basketball for the same year. Later, he attended Wake Forest University in Winston-Salem. The school got the number one rank during Paul’s two weeks in his sophomore season. He played for two seasons there before announcing his entering the 2005 NBA draft.

Paul was selected in the first round of the 2005 NBA draft by the New Orleans Hornets. Paul secured his first NBA All-Star game in 2007-2008. Before the start of the next season, he signed a contract extension with the Hornets worth $68 million. Later that year, Paul went on to set an NBDA record for consecutive games with a steal. This great spell was followed by an unfortunate time for Paul. He suffered injuries after injuries for a while. At the end of 2011, Paul went to the Los Angeles Lakers as a part of a three-team trade. His trade worked wonders for the Clippers franchise. The Clippers went on to qualify for the NBA that season. Following that, Paul resigned his contract with them for five years before the 2013-2014 season for $107 million. Paul was traded to the Houston Rockets in June 2017.

A year later, he signed a four-year contract extension with the team, worth $160 million. The following year, The Hornets traded Paul to the Oklahoma City Thunder. On November 16, 2020, Paul went to the Phoenix Suns. Playing for them, he successfully reached the NBA finals for the first time. Paul has also had a successful national team career. He made his debut for the U.S. national team at the 2006 World Championship in Japan. With his 44 assists, the US team was able to bag the bronze medal. He also performed very well at the 2008 Beijing Olympics, where he scored 13 points for a gold medal victory. Paul also played in the 2012 Olympics as a point guard. He scored 13 points helping the team win another gold medal. 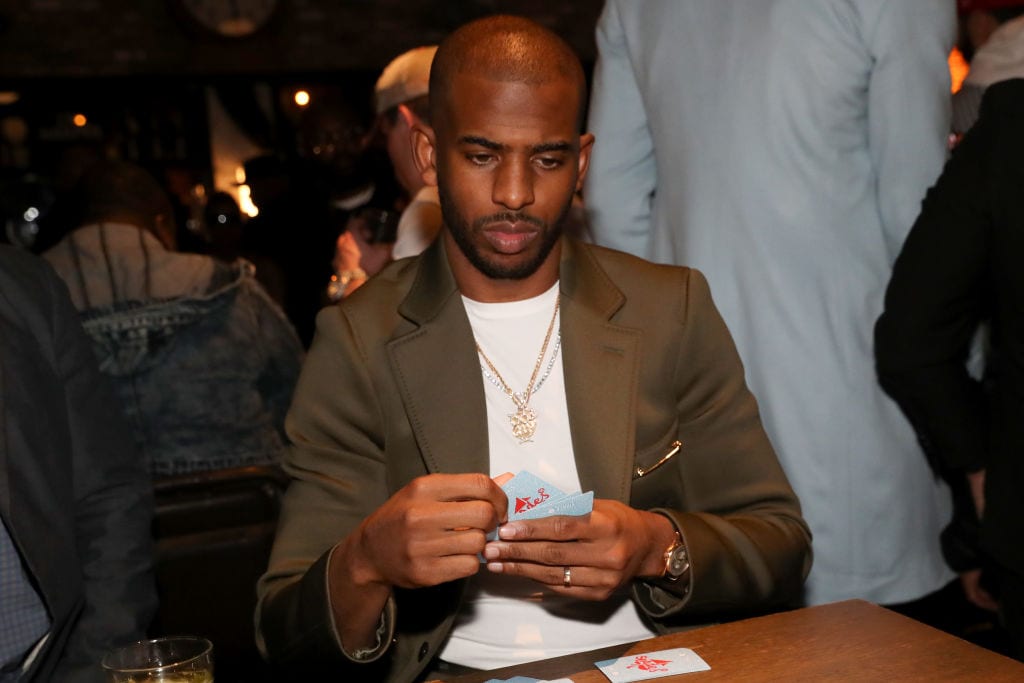 Chris Paul has a reported net worth of $130 million. He ranks among the highest-paid athletes in all of the world. The professional basketball player earns around $24 million per year in salaries alone. Apart from that, endorsements and brand deals also contribute significantly to the net worth of Chris Paul. Chris has dwelled in some impressive properties throughout the years. In April 2019, he bought a mansion in Houston, Texas for $6.9 million. He sold this house in January this year for $7.2 million. In 2012, he bought an $8.5 million worth Bel-Air mansion. Before him, Avril Lavigne owned the mansion. He eventually sold the house for $8.7 million in 2017. In 2015, he bought a house in Calabasas, CA, for $9 million, which he sold in 2018 for $11 million. In May 2020, he paid $11.1 million for a home in Encino, LA.