Chris Hughes is a popular English presenter, model, rapper, actor as well as a television personality. 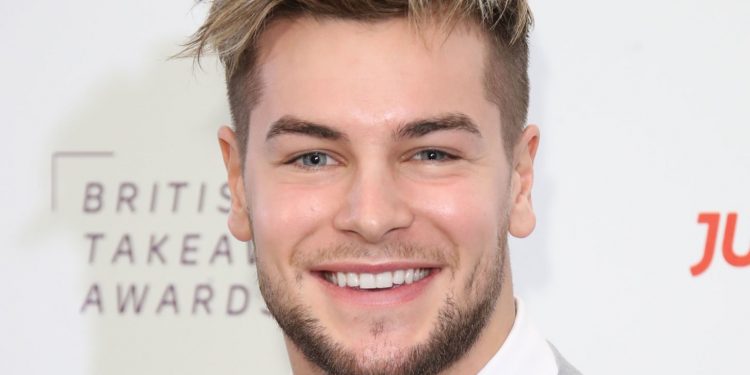 Chris Hughes is a popular English presenter, model, rapper, actor as well as a television personality. In 2017, he made his appearance in the third season of the ITV2 reality series Love Island. On December 22, 1992, Hughes was born in Gloucestershire. He was born to his father, Paul, who is a farmer, and his mother, Valerie Hughes. He also has a brother named Ben Hughes. Hughes is a supporter of Sunderland A.F.C. Chris rose to prominence as a contestant in the Love Island series.

After leaving the villa, he hosts his own game show and a documentary. He starred in a spin-off show called Straight Out of Love Island along with his best friend named Kem Cetinay. The pair also topped the iTunes charts with their single Little Bit Leave It. In January 2019, Hughes had undergone a live testicular exam on This Morning, which also revealed that he had undergone several testicular surgeries since his varicocele was discovered at the age of 14. On January 28, 2020, hours after attending the National Television Awards, Hughes had an argument with a photographer outside the InterContinental London Hotel located next to the O2.

Chris being the part of Chris & Kem, his song “Little Bit Leave It” reached number 15 on the UK singles chart. He was named a brand ambassador for Coral’s Champions Club. In 2019, he made his appearance in the BBC Three documentary Me titled My Brother And Our Balls. And, starting in 2019, he provided live coverage of horse racing with ITV Racing. Chris also tried ice skating at The Real Full Monty On Ice to raise cancer awareness. He took part in it after revealing his brother Ben was diagnosed with testicular cancer.

Chris Hughes is currently in a relationship with Annabel Dimmock. The Love Island star confirmed his romance with the professional golfer earlier this year in August and has since shared favorite photos with her on social media. Love Island star Chris Hughes has also announced that he has “fertility issues” as he plans to have a child with girlfriend Annabel Dimmock after just two months of dating. The 28-year-old Chris Hughes said he was “happier than ever” with Annabel and hoped to get married one day. The happy couple first met each other when they were partnered to play golf together at the Aramco Team Series event in London during the Ladies European Tour.

Prior to dating Annabel Dimmock, Chris Hughes dated Olivia Atwood after they left the reality series Love Island Villa as a couple. The couple separated in February 2018 after six months of togetherness. Since then, Olivia has been with footballer Bradley Dack, who is now engaged to her, and Chris has had to deny the pair dating publicly. After breaking up with Olivia Atwood, Chris Hughes dated Jesy Nelson between 2019 and 2020. The former Love Island contestant and Little Mix singer were first spotted dating on January 16, 2019. However, on April 9, 2020, the couple separated after 16 months of dating each other. They broke up while self-isolating in separate homes amid the coronavirus blockade. Everything seems very friendly between them, and they are still good friends.

As a professional golfer, Annabel is geared toward success. Her achievements, talents, and hard work have brought her recognition, receiving awards, and being among the myriad of athletes who represent England in sport. She is a member of the Ladies European Tour and the winner of the 2019 Jabra Ladies Open. Her love for golf started when she learned to play golf from her father from a young age. Apart from her interest in other sports, her passion for golf is above all, and she does a lot to play golf. Annabel Dimmock is currently 25 years old and was born on October 5, 1996, in London, England. Annabel is a British citizen.

She started her golf career as an amateur and has participated in events, including the 2014 Junior Ryder Cup, and represented Great Britain and Ireland in the 2014 Curtis Cup. Annabel is also a member of the England Women’s National Golf Team and was accepted into the Wentworth Scholarship Program; and has won numerous tournaments, including the Helen Holm Scottish Open and the Jones/Doherty Cup. Also, she was ranked number 10 in the amateur golf world hierarchy before moving to the professional ranks. She started her career in 2016, and within a year, she took part in tournaments like The Queens 2017, where she played for Europe, and the Lalla Meryem Cup, where she finished 3rd. She is on Instagram under the name @annabeldimmock, where she has gained more than 65K followers and uploaded 920 posts.