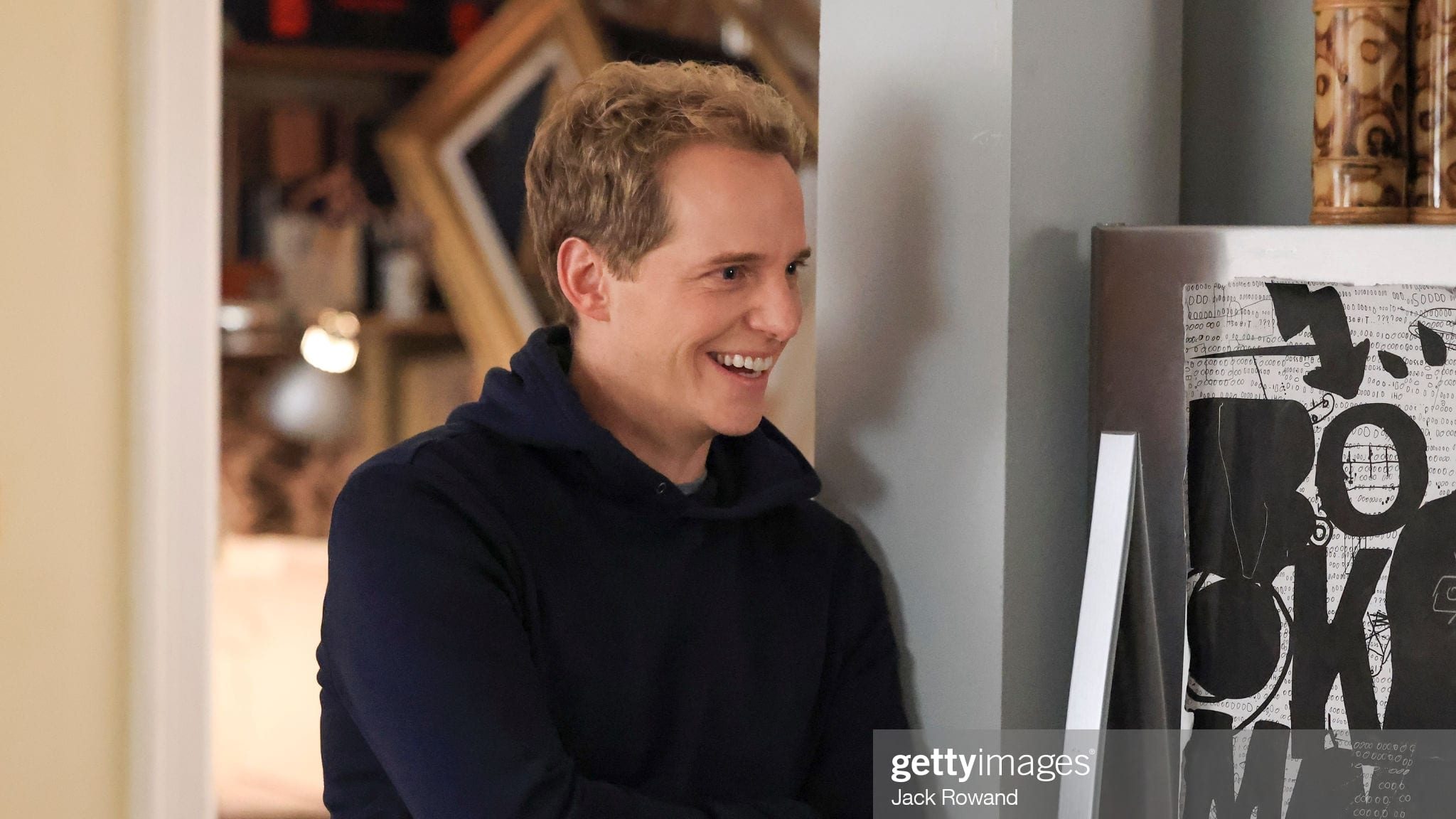 A MILLION LITTLE THINGS - non-essential As COVID-19 becomes more widespread across the U.S., Boston goes into lockdown putting Romes movie in jeopardy and forcing Maggie to return home from Oxford. Because the hospitals are overwhelmed with coronavirus patients, Eddies back surgery is cancelled, leading him to take desperate measures to cope with the severe pain on the return of A Million Little Things, THURSDAY, MARCH 11 (10:01-11:00 p.m. EST), on ABC. (Jack Rowand via Getty Images) CHRIS GEERE

A lot of people are aware of the actor who played the role of Jimmy Shive-Overly in You’re the Worst. The actor is none other than the very talented Chris Geere, who plays the lead role in the drama along with other actors like Aya Cash, Desmin Borges, and Kether Donohue as the main characters in it. You’re the Worst is a light-hearted drama television series that aired on July 17, 2014, on the broadcast channel FX and later on FXX, a branch of FX Networks.

The story revolves around two individuals, Jimmy, played by Chris, who is a self-absorbed writer, and Gretchen Cutler, played by Aya, an equally self-indulgent PR executive. The two met at a public gathering and unexpectedly decided to indulge in a relationship. After some time, they find it hard to continue their relationship as both of them are equally self-centered. 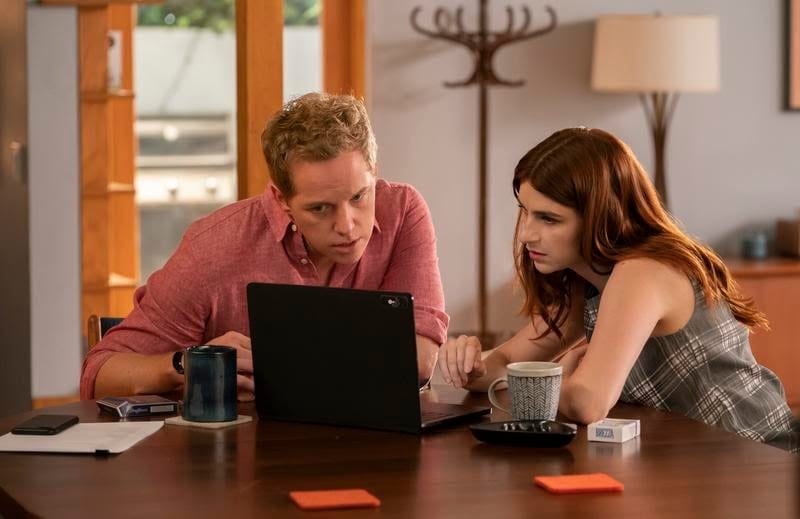 Chris Geere in “You’re The Worst”

His big breakthrough is the voice-over in the animated film Detective Pikachu, released in 2019, where he plays the role of Roger Clifford. The movie stars the voice of various other actors like Ryan Reynolds, Justice Smith, Kathryn Newton, Suki Waterhouse, and Omar Chaparro. The movie was a hit, as it became the first live-action Pokémon film, as well as the first live-action film after the release of Super Mario Bros in 1993, which is based on a Nintendo game property. Let us know more about the television and movie personality further in this article- his other career highlights and his net worth. 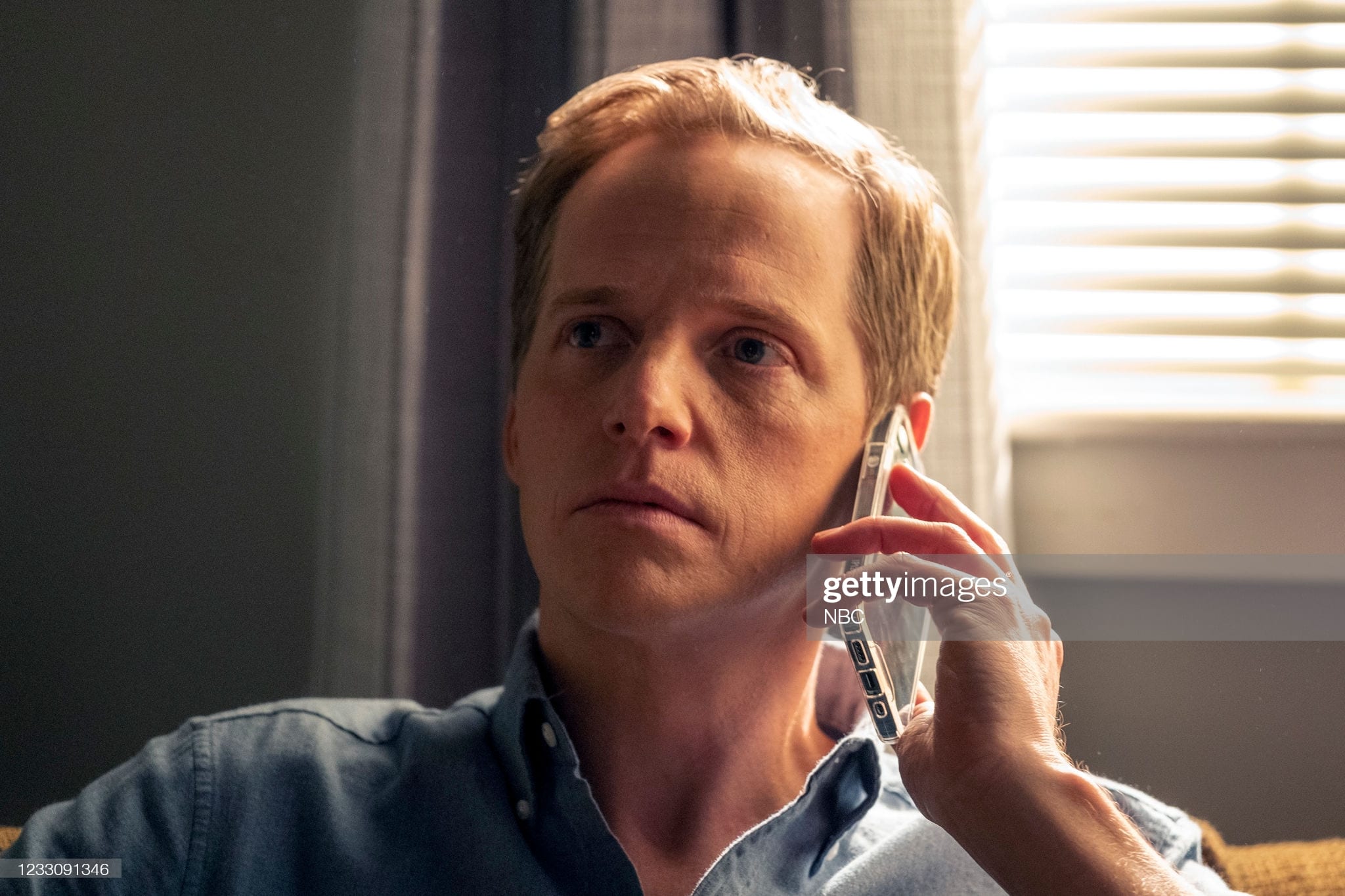 Early Life Of Chris Geere And Know More About His Career

Christopher William Geere, popularly known as Chris Geere, was born on 18 March 1981 and spent his childhood in Cambridge, Cambridgeshire, England. Not a lot of information is known about his childhood or parents because Chris is a private person and does not prefers to mention his family or personal life in media a lot. All we know about Chris’s parents are that his father worked in the newspaper industry, so he and his family had to move around sometimes. It is said that the British actor also stayed in Hong Kong and the United States, and later on brought a house in Manchester where he lives happily with his wife and child. 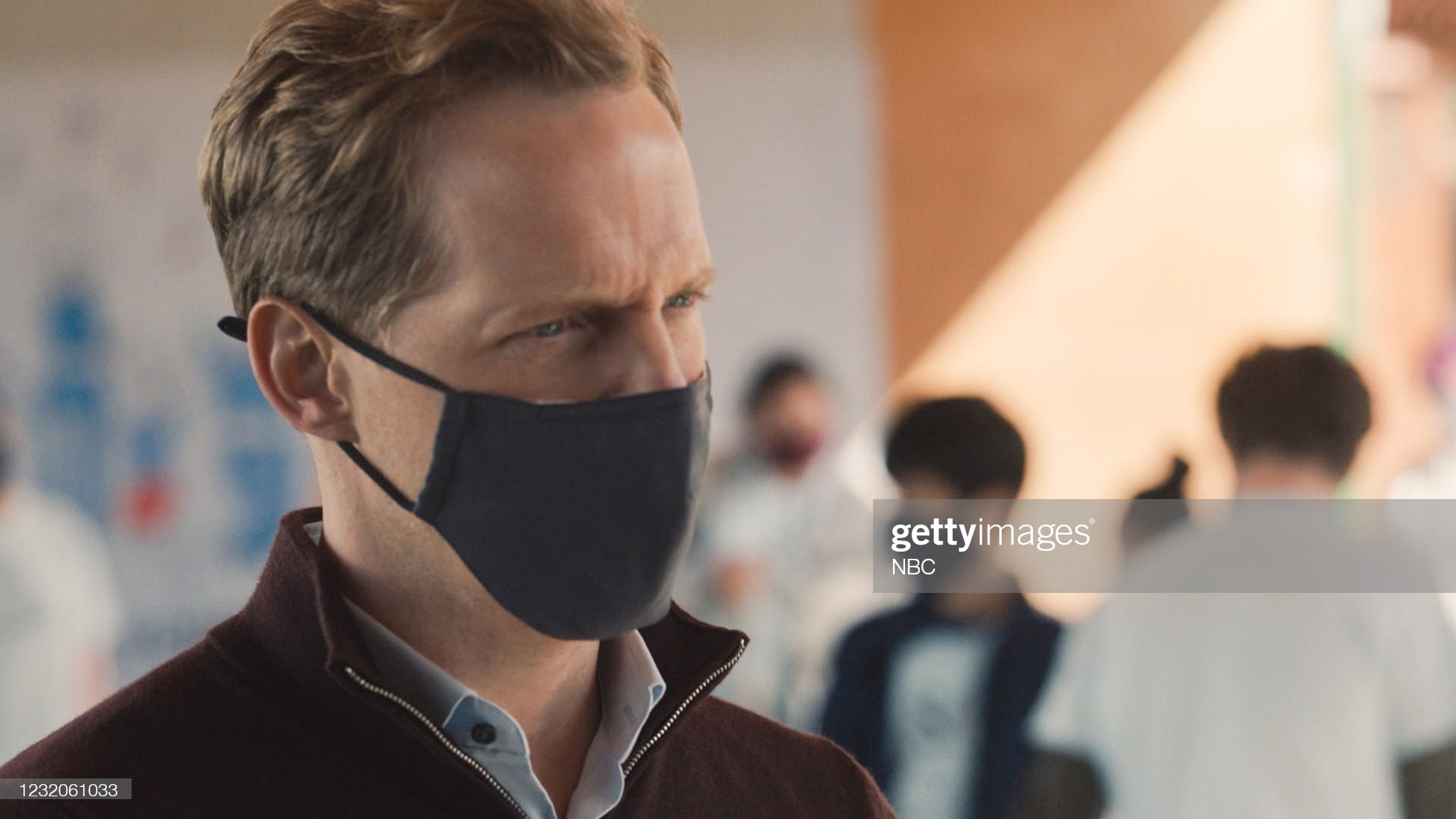 Chris, when he was a teenager, did not have any plans to join the entertainment industry. He was actually a good academic student, and when asked in an interview what would his profession if he was not an actor, he replied that he would be a graphic designer. He even got admission to a renowned graphic designing university. So you must be wondering what made him go to an acting school instead? Chris Geere got inspired by a drama teacher in his school, who actually encouraged him and developed an interest in him. When he got through the graphic designing university, he was skeptical about whether to follow his actual dreams, which is an unsure path, and he might end up earning no money, or the other path, which includes a proper job and salary. Well, he eventually chose his dreams and chased them hard after them, which led him to the successful actor he is today. 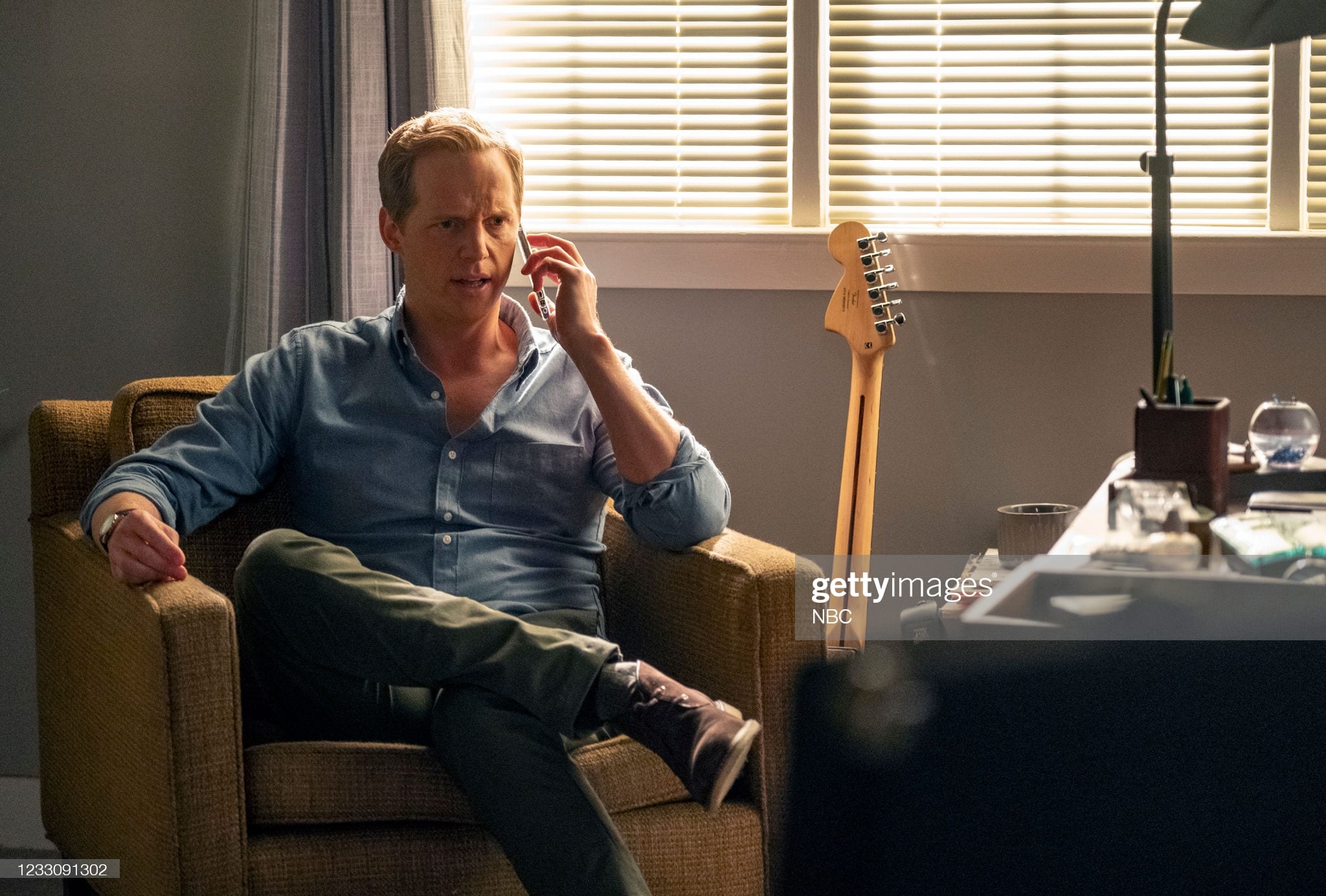 A still from “This Is Us”, where Chris guest starred

He studied acting at Guildford School of Acting and acted in small plays and musicals. Chris could be seen in recurring roles in ‘All’s Well That Ends Well’, ‘Wondrous Oblivion’ and ‘Blood and Chocolate’, ‘Band of Brothers’, ‘TLC’, ‘Casualty’, ‘Trust’, ‘Adventure Inc.’, ‘The Bill’, ‘Family Affairs’ and ‘Bombshell’. His first breakthrough was playing the lead role in ‘Waterloo Road’, a British television school drama series which ran from 2007 to 2009 and 2011 to 2012. His next breakthrough was ‘You’re the Worst’ in 2014, where he played the lead role. In between, he was seen making guest appearances in television shows and movies like ‘EastEnders’, ‘Hollyoaks’, ‘Doctors’, ‘Death in Paradise’, ‘Outnumbered’, ‘The Spa’, ‘Trollied’, ‘Cleanskin’ and Will Smith’s ‘After Earth’. In 2017, he appeared in a small role in Modern Family Season 9 and ‘This Way Up’.

Chris Geere is married to the beautiful Jennifer Sawdon in 2010. Jennifer is related to the music world, and she is a talented singer, songwriter, and pianist. The couple welcomed their son, Freddie, in 2012, and the three of them look like a happy family, and they post their family pictures on their Instagram account. 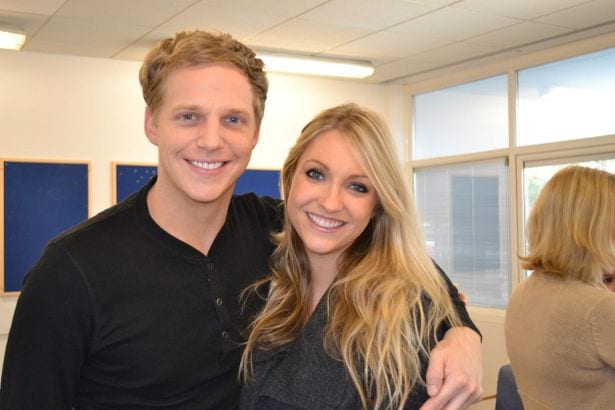 Chris Geere with his wife, Jennifer

From being inspired by a drama teacher, choosing his dreams which was an extremely unsure path for him, playing small and recurring roles to playing lead role and being one of the versatile actor in television, he has come a long way.

The actor has starred in various movies and television shows and makes a good amount of money. The net worth of Chris Geere is estimated to be $10 million, according to 2021 reports. 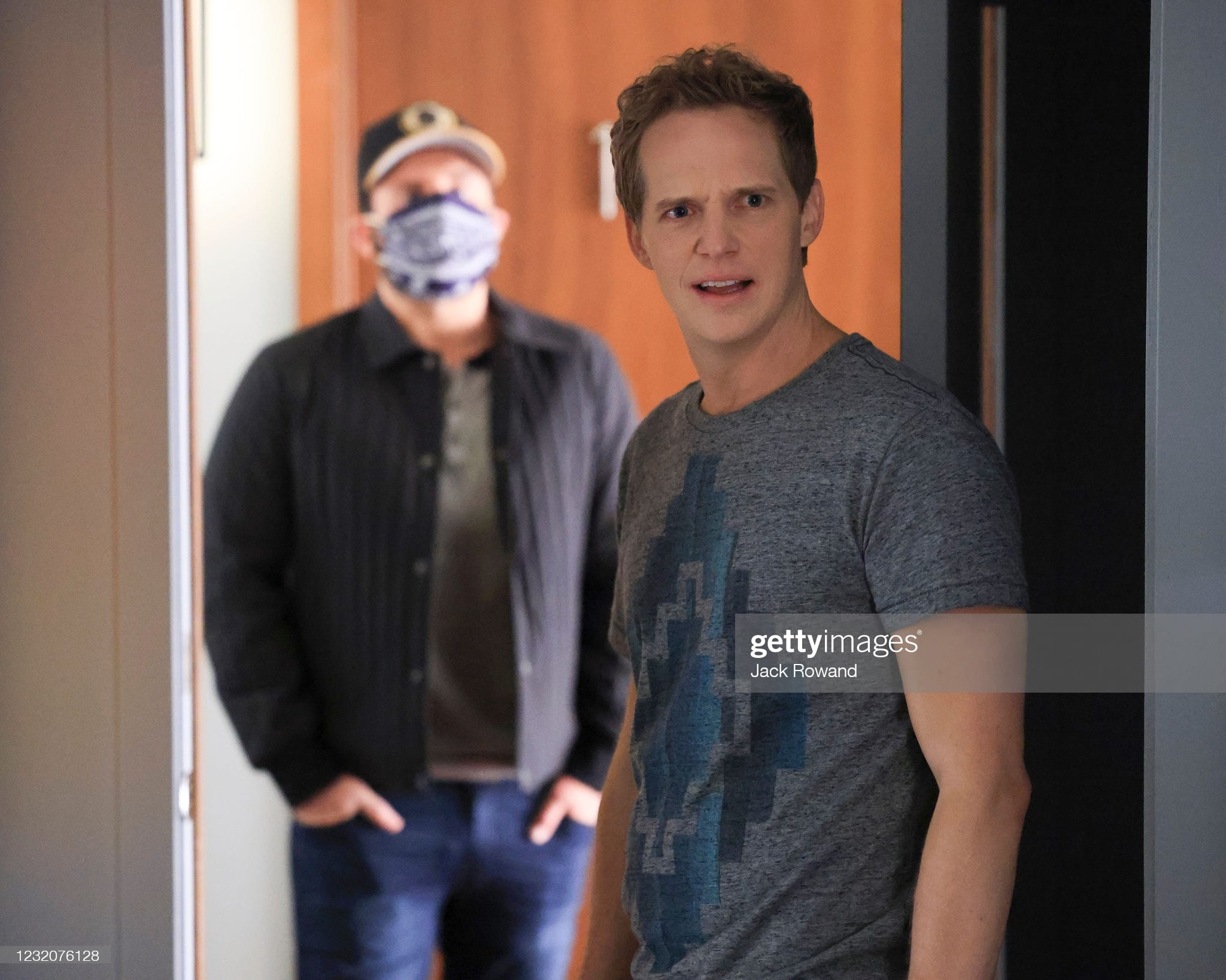