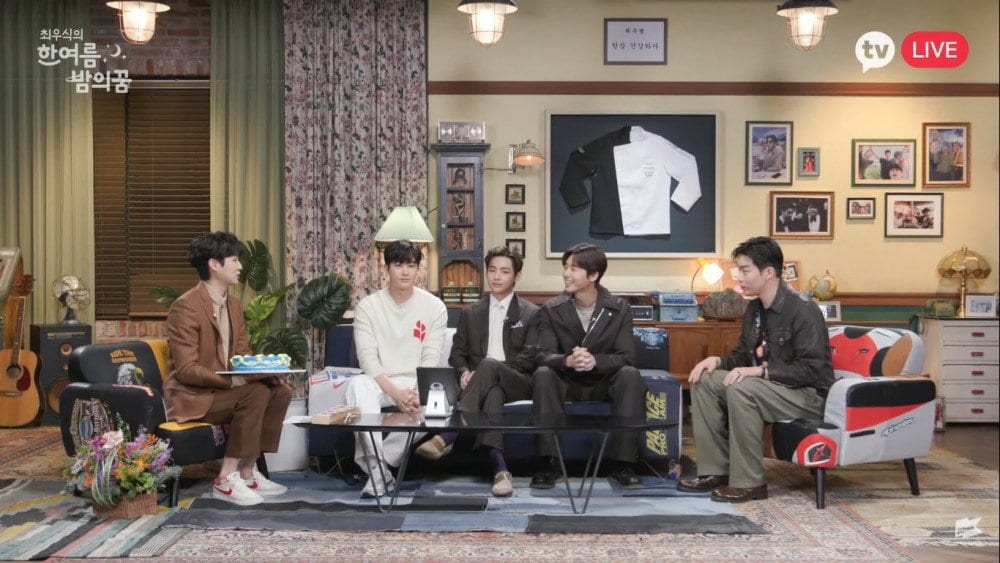 The Wooga Squad has finally reunited at Choi Woo Sik’s fan meeting. The Wooga Squad consists of famous idols and actors, namely BTS’s V, Itaewon Class’ Park Seo Joon, Do Bong Soon’s Park Hyun Sik, solo artist Peakboy, and Set Me Free’s, Choi Woo Sik. All five of these people had shown their adorable friendship together. Plus fans cannot get over their brotherly love for each other. Also, they have a lot of amazing memories of each other. Like the time when four of the members of the Wooga squad went on a vacation and because Park Hyun Sik couldn’t come. That is because he was serving in the military. So, they photoshopped his photo in their vacation photo so that he doesn’t feel left out. They are so cute!

Of course, they are countless moments where they had interacted and had stolen their fans’ hearts effortlessly. And now, all of the members of the Wooga Squad had finally met up during Choi Woo Sik’s fan meeting after a long time in front of the screen.

Keep reading to find out about their meeting and some of the cute and funny moments from Choi Woo Sik’s fan meeting. Let’s Go!

The Wooga Squad after a long time, had met at Choi Woo Sik’s  A Mid Summer Night Dream, on tact fan meeting. The Parasite actor Choi Woo Sik had celebrated his ten years anniversary of entering the entertainment business. Of course, he had celebrated his tenth anniversary with none other than the members of Wooga Squad. It had been a while since all of the members gathered. The reasons could be due to the Covid 19 surge and also because Park Hyun Sik had been enlisted in the military.

What Is The Wooga Squad Up To?

Each of the members had brought their own gifts such as caked and bouquets. When they had settled down after greeting each other, Choi Woo Sik asked his gang about what they were up to. As we all know, BTS V was preparing for BTS’s July Comeback in which they will release the instrumental of their song ‘Butter’. Plus, they would also release a song named ‘Permission To Dance’ which was written by Ed Sheeran for BTS. Then, Park Seo Joon had revealed that he was working on a movie named Concrete Utopia. In the movie, he would be working beside Le Byun Hun and Park Bo Young. 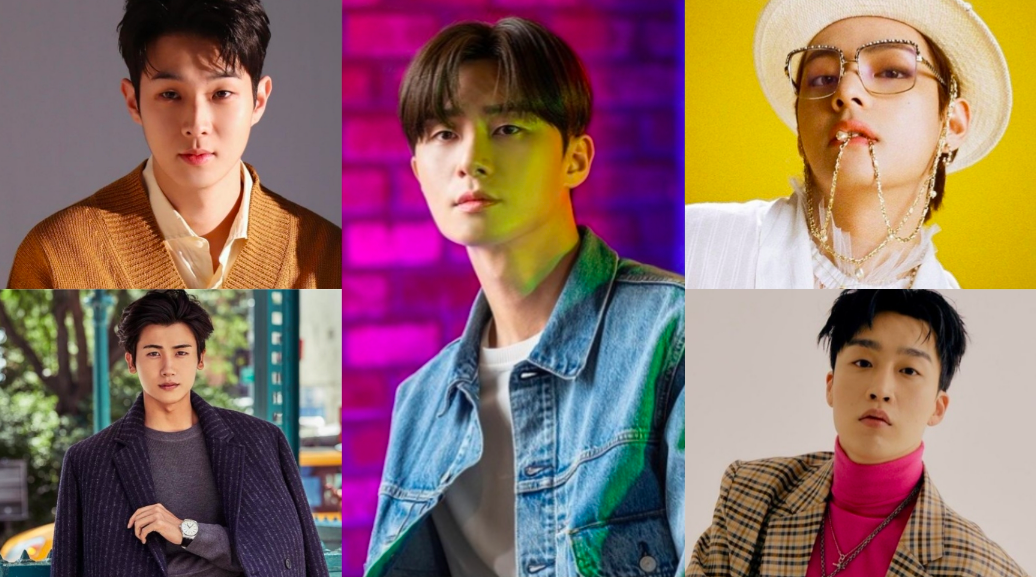 Also, Park Hyun Sik had revealed that he, too had been working on a drama named ‘Happiness’. In this, he would be a detective trying to save the others in a deadly outbreak. Choi Woo Sik had funnily sad that Park Hyun Sik had come straight to the fan meeting after the timing session of the drama. Finally, Peakboy updated us by revealing that he had been working on an album.

More About The Squad

It is known that most of the members had become friend while filming for the historical drama Hwarang: The Poet Warrior Youth. The members who met up at that time were BTS’s V who was making his kdrama debut, Park Seo Joon, and ark Hyun Sik. Then eventually, Park Seo Joon introduced our Taetae and Park Hyun Sik to his close friends Choi Woo Sik and Peakboy. And that is how the legendary squad comes into existence. 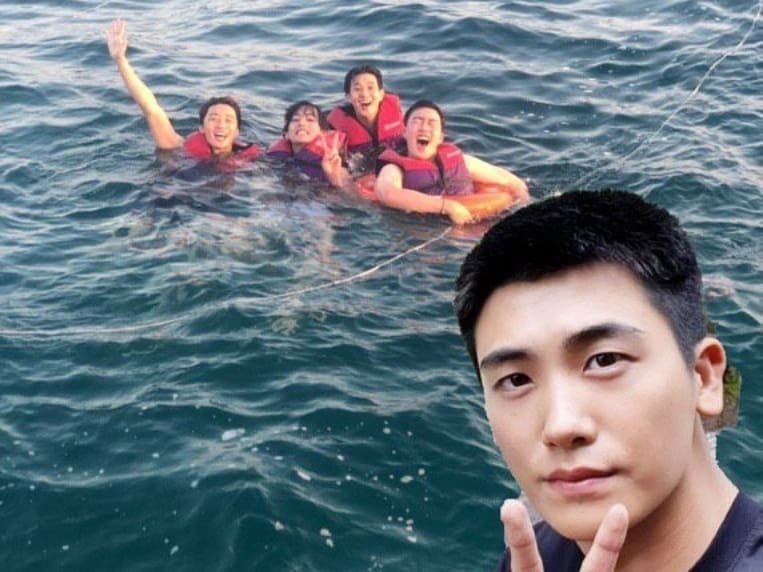 Like any other circle of good friends, Park Hyun Sik revealed that the other was his refuge. He had revealed that when they gathered, he and the members would crack ridiculously lame jokes in the world. And after that, they would laugh like it is the funniest thing ever said on this planet. Plus, we have seen their adorable friendship before too. An example of their interaction could be when V and Choi Woo Sik had met at the MMA. When BTS had come on the stage to receive an award, he and Choi Woo Sik had made eye contact during RM’s speech, and they just manage to hold their laughter. All in all, wooga squad is a group of five amazing and talented people being great friends.