From The Witch's merciless Nobleman to Our Beloved Summer's adorable Ung, Choi Woo Shik has showcased top-notch performing in every genre, making you swoon over him!

by Harshali Bait
in Net Worth
Reading Time: 5 mins read
0 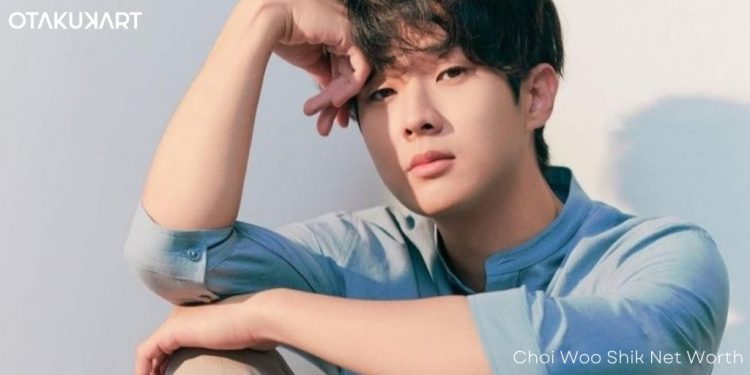 From ‘Train to Busan’ to ‘Our Beloved Summer,’ Choi Woo Shik has never failed to amaze us with his top-notch acting. Choi has nailed every type of role, be it a sweet high school boy or ruthless nobleman. His versatile acting is illustrated in numerous dramas and movies, which will astonish you and make you fall in love with his charming personality. Hence, the ten years of acting experience have boosted Choi Woo Shik’s net worth. Besides his remarkable performance, Choi Woo Shik also show-offs beautiful chemistry with his co-stars. The new drama, ‘Our Beloved Summer,’ is stealing viewers’ hearts with his heart-fluttering chemistry with co-star Kim Da Mi.

After all, starting from the bottom and climbing to the top is not an easy task, especially in the rising Korean entertainment industry. You have to stand out from the crowd, showcase your talent or say goodbye to your acting dream. However, Choi Woo Shik has withstood those barriers with dedication and hard work. No wonder he is the recipient of the ‘Blue Dragon Films Best New Actor Award,’ ‘Busan International Film Festival Actor of the Year,’ ‘Chunsa Film Art Special Popularity Award,’ etc. With such incredible career achievements, fans must be wonder about Choi Woo Shik’s net worth. Don’t worry, we have brought the answer for you!

Born in the Horse Year, on 26 March 1990, Choi Woo Shik is Aries. His adorable features may not make him look older, but Choi Woo Shik is 31 years. Who can tell such a cute mochi is already in his 30s? Being the youngest of two sons, Choi Woo Shik spent his childhood in Seoul. Later, he migrated to Vancouver, Canada, with his family. After spending ten years in Canada, Choi Woo Shik earned the nickname ‘Eddie,’ derived from his English name Edward.

His passion for acting began in 2011. Then 21-year-old Woo Shik got his parents’ permission and flew to Korea to chase after his dream. While working on his acting career, Choi enrolled at Chung-Ang University, majoring in cultural studies. By finding his ambition at the age of 21, Choi Woo Shik set an example that age doesn’t matter when it comes to dreams.

What Kdramas Has Choi Woo Shik Acted In?

With the determination to chase his dream, Choi Woo Shik finally made his acting debut in the 2011 period drama ‘The Duo.’ Afterward, he was offered various supporting roles, landing him on numerous workpieces such as ‘Deep Rooted Tree,’ ‘Rooftop Prince,’ ‘Pride and Prejudice,’ etc. Finally, the golden moment came, and Choi took on his first leading role in the 2014 film ‘Set Me Free.’ ‘Set Me Free’ was his breakthrough and a turning point in his acting career. It made him the recipient of numerous awards such as the ‘Busan Film Critics Awards,’ ‘Korean Association of Film Critics Awards,’ ‘Wildflower Films Awards,’ and many more.

With the 2016 zombie thriller ‘Train to Busan,’ Choi rose to fame. Afterward, he acted in ‘Okja,’ ‘The Princess and the Matchmaker,’ action film ‘The Witch: Part 1. The Subversion,’ black comedy ‘Parasite,’ etc. And thus, Choi made his name on the big screen and the small screen as well! He paved his way to the top by working in various Korean dramas, such as tvN’s Hagu’s Love, OCN’s Special Affairs Team TEN, MBC’s You Are My Destiny, JTBC’s The Package. Furthermore, Choi Woo Shik’s new drama ‘Our Beloved Summer’ makes fans swoon over his adorable sulky character, who excellently portrays the deep emotions of a heartbroken boyfriend. Don’t miss out on such a warm sweet kdrama that, once again, will make you fall in love with Choi Woo Shik!

What Is Choi Woo Shik’s Net Worth?

As of 2022, Choi Woo Shik’s net worth is estimated to be $1 million to $3 million. However, it is expected to be increased in the future, considering his rising popularity with the ongoing Korean drama ‘Our Beloved Summer.’ The South Korean actor, Choi Woo Shik, earns most of his net worth from his acting profession. Of course, he also works in commercial films and photoshoots for magazines. However, the income from his acting makes most of his net worth.

Previously, Choi Woo Shik’s net worth was estimated to be $500 thousand. You may wonder how he rose from $500 thousand to $1-$3 million. It is thanks to the Oscar-winning Parasite and Fangoria Chainsaw-winning Train to Busan. Parasite alone had become a super hit on the box office by earning around $259 million against its financial limit of $15 million. Even Train to Busan had reached approximately $98.5 million. With the success of his movies, Choi Woo Shik became a rising star and had received numerous roles offering in films and dramas.

Besides acting, magazine photoshoots, Choi Woo Shik also possesses a soulful voice, showing off in The Boy Next Door and Parasite’s OSTs. Furthermore, he released a non-album single ‘Boom’ with Peakboy in 2021. Although a large part of his net worth comes from acting, singing, and magazine photo shooting, it is the fruit of hard work and dedication Choi Woo Shik put into his dream.