Choi Si An Is Accused of Plagiarism In ‘Melancholia’ Episode 15 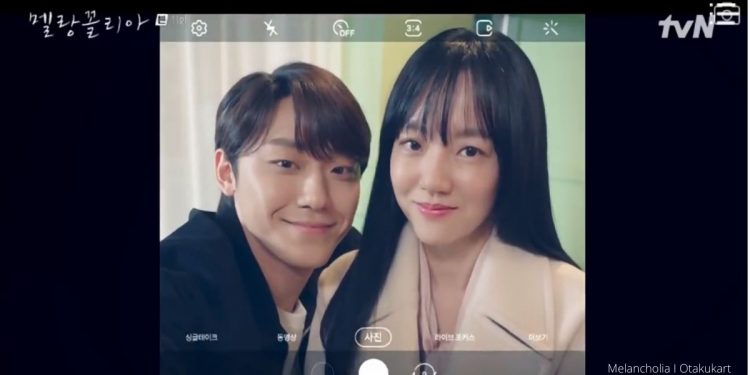 Jung Ah and Yeon Woo are fighting to get the chairman’s position in their father’s company. For this, they have to either make themselves better or make the other one seem bad. Also, Jung Ah is worried about Yoon Soo trying to take her revenge on her and the school. So to stay one step ahead of her she hires someone to spy on Yoon Soo. While looking at the photos in ‘Melancholia’ Episode 15, she finds out that Yoon Soo is the teacher at the math clinic.

Seung Yoo is not involved in this drama. He invites Yoon Soo to his book signing event and later treats her to dinner. They are starting to build a stronger connection as the story progress. Later, Seung Yoo goes to his parents and has dinner with them for the first time after leaving home. Everyone is curious to find out what will happen when Principal Noh and Yoon Soo will meet.

Till now, we have seen that Ahsung high is under suspicion for taking bribes from people to accept students admission. The Education office gives out a notice for investigating at Ahsung High. Everyone, right from Principal Noh to the students, is under suspicion.  After the case is opened, Mr. Han is the first person who is arrested. This is a problem for Principal Noh as she executed all her plans with him in the past. So she decides to suspend him from his position overnight. He vows to take his revenge on Principal Noh and leaves the school.

Seung Yoo meets his father for the first time after four years. He is surprised to know that his father, who hates maths, read the whole paper and is proud of him for it. Also, Ye Rin meets Yoon Soo, but her rude behavior makes Yoon Soo furious. She tells Ye Rin to watch her back as now she has made the list of the people who did wrong with Yoon Soo. However, she is still troubled as she is not able to solve even a single maths problem. Then Seung Yoo helps her calm down and realize her ability.

Principal Noh Finds Out About Ms. Ji Working At The Math Clinic

When Seung Yoo notices someone clicking their pictures, he runs after the man. However, he is not able to catch the person. What he didn’t know was that one more person was spying on them. The other man works for Principal Noh’s sister Yeon Woo. The question is, why would Yeon Woo be interested in Yoon Soo again? Later at night, Seung Yoo goes to meet Professor Ji as Si An is also there. The next day, Principal Noh and her sister are caught in a power struggle in front of their father, and Hye Mi finds a call recording of her husband.

Hye Mi finds out that Ye Rin likes Seung Yoo. However, she is not worried as he is a smart and handsome man with a bright future ahead of him. So to get close to Seung Yoo’s parents, Hye Min starts to bring them gifts. Whereas at school, Principal Noh is planning to meet Yoon Soo as this will help her decide what to do with her. Later, Seung Yoo texts Yoon Soo and invites her to his signing event. Will Principal Noh catch them together in public?

The ‘Melancholia’ Episode 15 will be released on 29th December 2021. In the upcoming episode, Seung Yoo and Yoon Soo go out to have dinner together and commemorate this moment with a happy picture. When Seung Yoo and Yoon Soo get back home, Ye Rin and Kyu Young see them together. This develops an awkward situation as Kyu Yong teases them by mentioning their closeness. Also, we find out that Yeon Woo and Sung Jae are dating. Moreover, at school, Choi Si An is accused of copying Professor Ji’s work, and it has become a trending topic on the internet.

Where To Watch ‘Melancholia’ Episode 15?

The South Korean drama ‘Melancholia’ is a television series broadcast by the tvn network. People living in South Korea can watch the upcoming episodes every Wednesday and Thursday on the official network. As for international fans, they can watch ‘Melancholia’ Episode 15 on the subscription-based website Rakuten Viki.