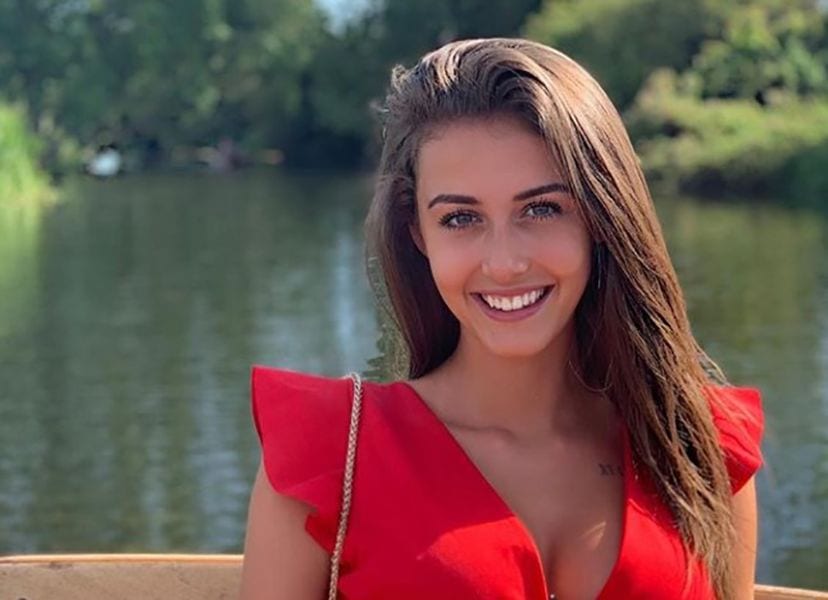 All the fans of the American reality competition series The circle know the runner-up Chole and Mitchell. Although the show’s format is not much of the dating type. The fans are wondering whether Chloe and Mitchell are dating after the show or not. In this show The circle the players move into an apartment building. But the condition here is that they are not supposed to meet face to face. They are only connected via their profiles on a specially designed social media app. This app allows them to portray themselves in any way they choose. It is a tactic that is called catfishing, here a man can also put up a profile of a woman or a woman can put up the profile of a more attractive female.

In this game, the contestants have to rate each other in every round. In the end, the contestants who have the highest rating become the influencers. and they can block the other players. But in the finale, they get to block them one last time the players with the highest influences will the cash price. Those who are blocked get eliminated and they are allowed to meet one person from the show. While leaving they also get the real names of all the contestants.

Who are Chloe and Mitchell?

Chloe is a 22-year-old actress and also a social media influencer from Clacton, Essex. She has 1.4 million followers on her Instagram page and has recently started her own Youtube channel. She usually posts videos about travel vlogs, makeup routines, and her general unhinged on-camera. Prior to her days in television, she was an in-demand model. She has also won the U.K. and has also worked in the London Fashion week. She has also starred in Netflix’s famous show Too Hot To Handle. There is not much information about her personal life. Like any other star, even she likes to keep her family life secret. In this season she has also received a lot of positive comments from the fans

Mitchell is a health insurance agent from Pennsylvania. He has a brother Ed and his father’s name is Tammy. He moved to Miami, Florida a couple of years ago, and now he works there. Even Michell has not revealed anything about his family life or personal life. Like all the other stars. From his chats on the show The Circle that he is clearly close to his family. Recently on his mother’s post, he wrote that his mom has a heart of gold and has always been there supporting him and cheering him on in all of his crazy adventures and businesses. And that he is grateful for all the sacrifices that she has made for him.

After the season’s end, Chloe got to know that Trevor was actually Deleesa who is in real life Trevor’s wife. She then turned her focus towards Mitchell. With whom she was flirting through the course of the game. At the Finale, Chloe and Mitchell talked all night long. And during the filming Mitchell pulled her in a corner and asked her to kiss him. She did not give any further details on whether they kissed or not. But she did tell that he has now become a huge part of his life. And now they were chatting and having video calls on a regular basis. And she also told that he had become a big part of life at the minute.

During the show, Choe was too focused on her connection with Trevor and this also kept her from kindling a romance with Michell. She also said that at that time she was having breakdowns and was desperately hoping that Trevor was real. Her mind was so preoccupied with Treveo that she was in no condition to think about Mitchell. She admitted that she had no brain power to think about him at that moment. And this somehow hindered her romance with Mitchell. Choe did not win the show but she walked out with a new friend Deleesa and also with a guy who wants to be with her. So that itself is a huge win.