Using another over-the-top explosion trick, Joong Yeop saved himself and is now currently on the run. 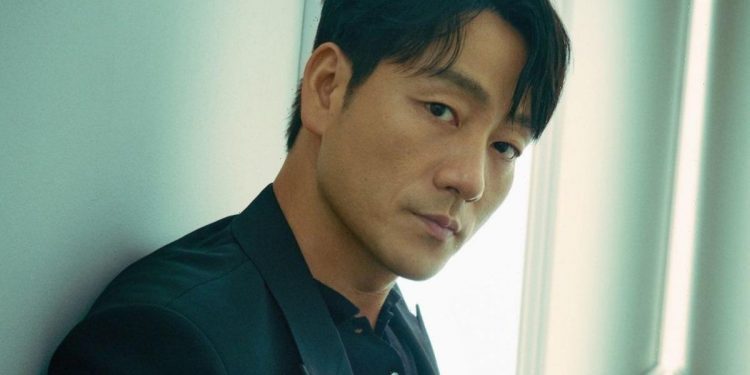 With episode 13 of the k-drama “Chimera” on the way, another truth bomb has been dropped. Along with some usual explosions and threats, there has been a huge confession. With Joong Yeop threatening Hwa Jung about suing them over the use of TH-5 and Hyo Kyung behind them over the old Chimera case. The Seoryeon group had to save themselves. Contacting the UBS news channel, they began with shutting down the investigation of the old case. With Hyo Kyung on the verge of getting fired, she had to give up on the show. After talking to Jae Hwan, another shock came her way.

Meeting Joong Yeop, she felt something familiar about him. As she went on to meet him later and asked him about his relation to Hyung Guk. Joong Yeop left her with a lot of questions rising in her mind and no clear answers. Later on, as she met Jae Hwan, she got to know that Joong Yeop is Lee Sang Woo’s son. And ‘WE’ got to know that she is Lee Sang Woo’s daughter. This was something none of the viewers had expected. As she went on to confront her ‘father’, asking him if Joong Yeop is really her brother. Nothing he told her to justify his actions of keeping him away from her brother made sense to her.

Joong Yeop Turned Himself In

While Joong Yeop was on his way to meet Eugene, he got stopped by Hwa Jung and her men in the parking lot. Taking him into her office, she told him about the things she had been observing. Giving him a ticket to London, she told him to leave the country. But Joong Yeop just wanted to know the truth. As his phone rang in the middle of the conversation and the men came to take it. He charged at them with a few punches. Getting into a violent fight, he ended up stabbing the men with his pen. Although it was self-defense, the Seoryeon went on to revoke his visa, making the police ready to deport him.

Also Read: ‘Artificial City’ Episode 1 will be a call for war between Yoon Jae-hee and Sung Jin Family

The next morning he went to the police station to turn himself in. At that moment, the station was in chaos mode because of a bomb threat. Still thinking Joong Yeop is the one behind the murders, chief Bae told everybody to arrest him. While Hyo Kyung was outside in the station trying to meet Joong Yeop. Locking up the door behind him, chief Bae went in to question Joong Yeop. As he introduced himself as Lee Tae Young, Lee Sang Woo’s son, Bae started cursing him.

Joong Yeop went on to tell him a story from the past when the suspect of the Chimera case was caught. And how the suspect didn’t confess even after the torture he went through. After they had to let him go, the prosecutor summoned him again. And the next night, there was only one inspector in charge. The suspect committed suicide in the morning. Telling him his theory, Joong Yeop told him that Sang Woo was killed in the interrogation. Calling Sang Woo a serial killer, chief Bae told him he deserved it. They were telling him how Sang Woo kept looking into his eyes and never flinched. He confessed that he was the one who killed Lee Sang Woo in the interrogation.

“Chimera” Episode 13 will release on December 11, 2021. As Joong Yeop ended up in the lockup based on chief Bae’s speculations, it didn’t take long for his case to reach the court of Hyun Tae. Sending men from his court, he planned to frame Joong Yeop as the new Chimera. And making him go through the same fate as his father; murder disguised as a suicide. But using another over-the-top explosion trick, Joong Yeop saved himself and is now currently on the run. Ready to die, Joong yeop won’t be going home without the truth. Meanwhile, chief Bae is next on Chimera’s killing list. Already been gone through the warning and thinking he had caught Chimera. He has no idea what is coming his way.

“Chimera” Episode 13 will be available to watch on the OCN network. For global streaming, viewers can head to the streaming platform, Rakuten Viki. Here, one can watch the episodes with English subtitles. Each episode of Chimera has a runtime of about 60 minutes to 70 minutes.