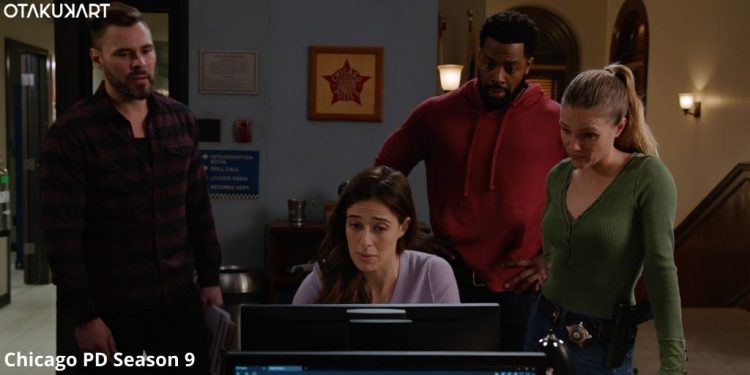 The viewers are excited to see the role of Atwater in Chicago PD Season 9 Episode 11. Meanwhile, the previous episode gave us another serious case of child kidnapping. In addition to that, the case became more important for Adam as he was emotionally involved in it. He was thinking and worrying about the kidnapped girl the same way a father would. On the other hand, Voight found out that Hayley and Jay got married when he saw the rings on their fingers.

Whereas, things got a bit off between Adam and Kim when Adam learned that he was not on the trusted guardians’ list for Makayla at her school or anywhere else. Furthermore, this seemed to affect him emotionally throughout the investigation of the case as he was angry about it. Whereas the team got a child molester with a suspicion of him being the kidnapper. But was the man really behind the kidnapping of the girl?

The American television series is the first spin-off to the hit show “Chicago Fire” and the second installment in the popular “Chicago” franchise. Matt Olmstead and Dick Wolf have jointly created the police procedural crime drama series. The show is going strong with the ninth season, and the fans are now excited to watch Chicago PD Season 9 Episode 11. However, let us first take a look at what happened in the previous episode.

Episode 10 of Chicago PD Season 9 came out on 5th January 2022. Moreover, the episode was titled “Home Safe”. The episode began with Adam picking up Makayla from school. But soon, the teacher stopped him as his name was not on the list of the trusted guardians for Makayla. Kim arrived there after Adam told her about the situation, but to his surprise, he found that it was Kim who didn’t put his name on the list while filling the form. Before he could discuss that, he got a call from Voight about the abduction of a seven-year-old girl named Brianna. After going through the nearby footage of CCTV cameras, the team found that someone lured out Brianna. To broaden their search, the team got a list of sex offenders in the area and started questioning them at their houses.

However, one of the offenders, Charles Kalzenski, raised suspicion when he was seen near Brianna’s house on the camera footage a few minutes before her abduction. Moreover, he was a tender age pedophile which got him on the radar even more. The team went after him, and Adam found a painting of Brianna at his house, but he was not there. So they started to find out his whereabouts and caught him at a document storage facility. After getting him into custody, Adam started to question him about Brianna, but he kept saying he didn’t know anything. Moreover, he even tried to give Adam a suspect, but Adam didn’t believe him. However, later on, the team got footage of a man forcefully taking away Brianna, and he was physically nothing like Charles.

Adam realized that Charles was telling the truth and he pushed him too hard, he went there to ask about the man, but Charles refused to say anything now. But Voight told Adam to find out about the man, and Adam did so by talking to Charles from the perspective of a father. Eventually, the team got hold of the man, and it was the same man they had questioned earlier in the neighborhood. He was desperate to have a daughter since his daughter died seven years ago, which is why he took away Brianna. Adam and Kim found Brianna and brought her back safe. In the end, we saw Kim assure Adam that she won’t keep Makayla away from Adam. Meanwhile, Adam and Kim found out that Makayla’s uncle from her father’s side was secretly meeting Makayla and had applied for her full custody.

“Chicago PD Season 9 Episode 11 will release on 12th January 2022 on NBC at 10 pm ET.” Furthermore, the episode will be titled “Lies”. We will see Voight trying to stop drug trafficking that has taken someone’s life. In order to do that, he will send his informant undercover to get some intel. Meanwhile, Atwater will try to balance his professional and personal life. However, he will find it difficult and will have to take a tough decision.

The hit police procedural drama series has once caught the eyes of the viewers with the ongoing season. Therefore, they are eager to find out where to watch Chicago PD Season 9? The answer to that question is quite simple. “Chicago PD Season 9 airs at 10 pm ET every Wednesday on NBC in the United States.” Whereas the latest episode arrives on Peacock the next day. Additionally, the show is available to stream on Hulu and Youtube TV. Meanwhile, the viewers can watch the show on Amazon Prime Video as well.