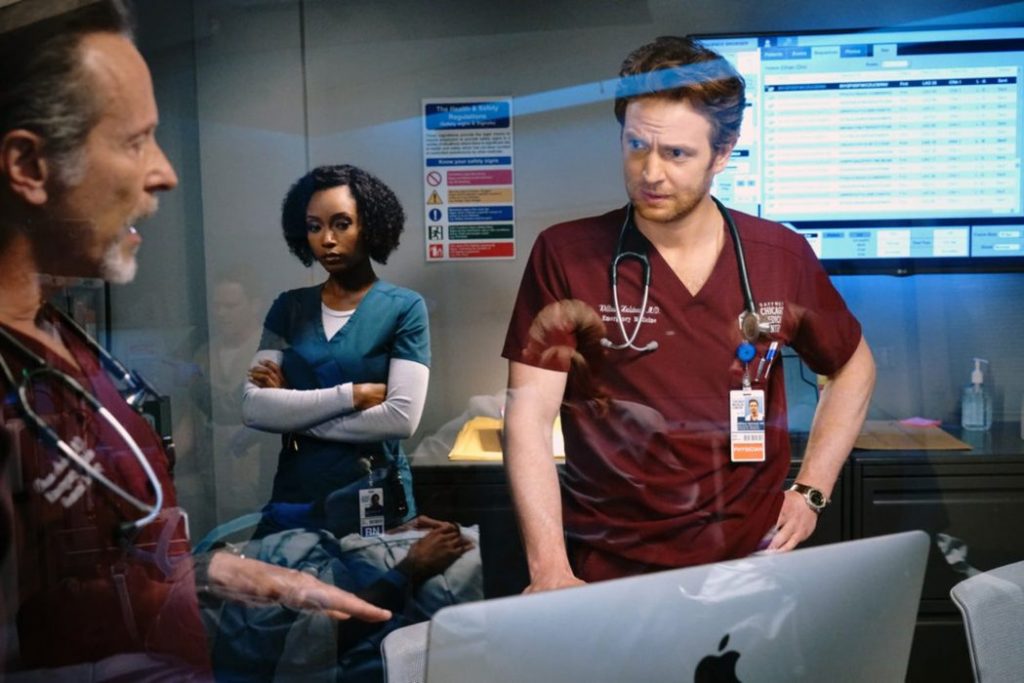 With Chicago Med back for a seventh season, medical drama fans are in joy again. As our favorite Chicago doctors return to Gaffney Chicago Medical Center, there’s a lot to take in after all that’s happened. And fans are already waiting for episode 2 of Chicago Med Season 7. We know that Will took the blame for the stolen drugs on himself, but in the end, the truth came out. Meeting Crockett, Dr. Manning told him that she was the one who stole drugs from Will’s trial. And the reason Will took the bullet to his head after telling Sabeena Virani was that he wanted to protect her.

As she finally resigns from her job, we saw Torrey Devitto making her comeback in episode 1, so that she can say her final goodbye to the fans as Dr. Manning. With the truth out, Will Halstead returns to his job in the hospital. He goes on to meet Goodwin so that he can return to the emergency department like before. Agreeing to help him, Goodwin asks for a favor. She asks him to become a spy for her and report on everything Dr. Cooper does. Since the whole family board protected Cooper, Will needed to get solid proof for Goodwin. Only then will she let him come back. 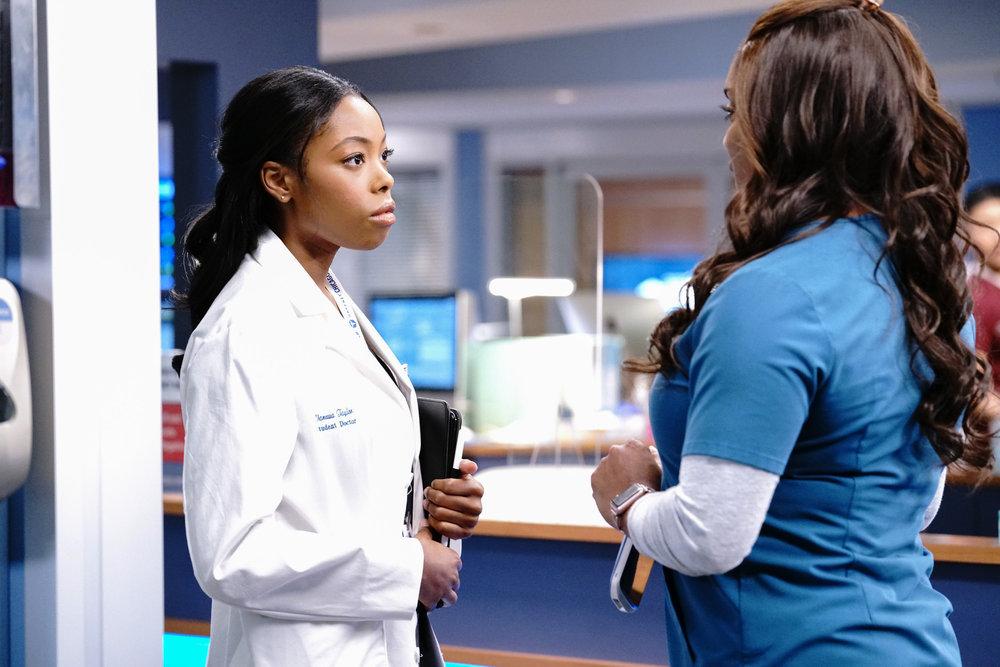 “You Can’t Always Trust What You See.”

One of the previous patients of Will was moved to Crockett, and because of the drug case, the medical history was unavailable, making it hard to treat the patient. So when Will finally meets his old patient, he finds her condition worse than before. As Will suggests to operate as soon as possible, Crockett denies this and presents his own way of treating the patient. But after taking a second opinion for Dr. Cooper, he realizes that operation is the only reliable way right now. And arranges one before the matter gets worse.

The Problem With The Twin Sisters

Just on time, Dr. Dean Archer and Dr. Vanessa Taylor are being called in for a case involving twins. Identical twins Jemma and Emma come in to get Jemma treated for her abdominal pain. But Emma wanted to get every treatment that her sister got, or she wouldn’t let her sister take the meds either. After consulting with other doctors, they decided to go with the invasive route. As they go to operate on Jemma, one of the doctors gets to know that the twins have switched places. Stopping the operation on time, they finally switched patients and operated on the right twin. 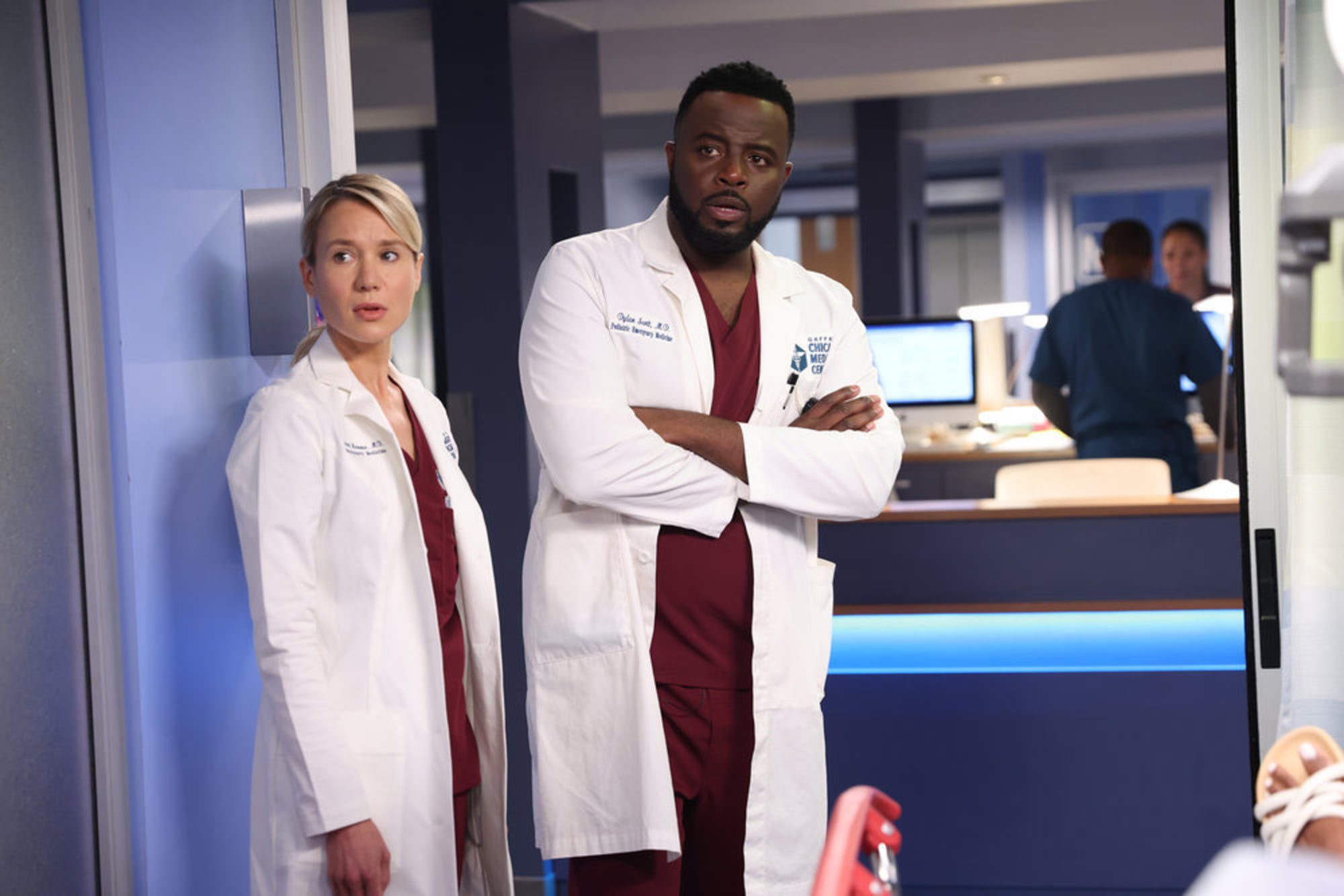 Because of The Past

Maggie, who has just found out that she is working with her long-lost daughter in the same hospital, is a lot to take in. While she is staying away from Taylor as much as she could. Taylor is also trying to put all her efforts to work. She also had to call her first death, which was a very emotional moment for her.

The cop-turned-doctor, Scott, treated a snake bite on a young Black boy that was a part of the gang’s initiation. As his next patient, comes in, a Black girl who used to suffer from sickle cell anemia. Not even being overweight, her knees and hips were very arthritic for such a young age. While consulting her, Dr. Hammer asked the patient if she used to sleep in a car. To which she confessed about her past homelessness as she contained herself. Getting the treatment she needed, she went on to visit her mother unhoused and vowed to help her.

“Chicago Med” Season 7 Episode 2 will premiere on September 29, 2021. With the episode titled “To Lean In, Or To Let Go,” the doctors return to work as the patients are swarming in the hospital. With the hospital at its full capacity and the head doctor not being able to act as they should, the ethical line is in question. We also see Dr. Scott is trying to take matters into his own hands.