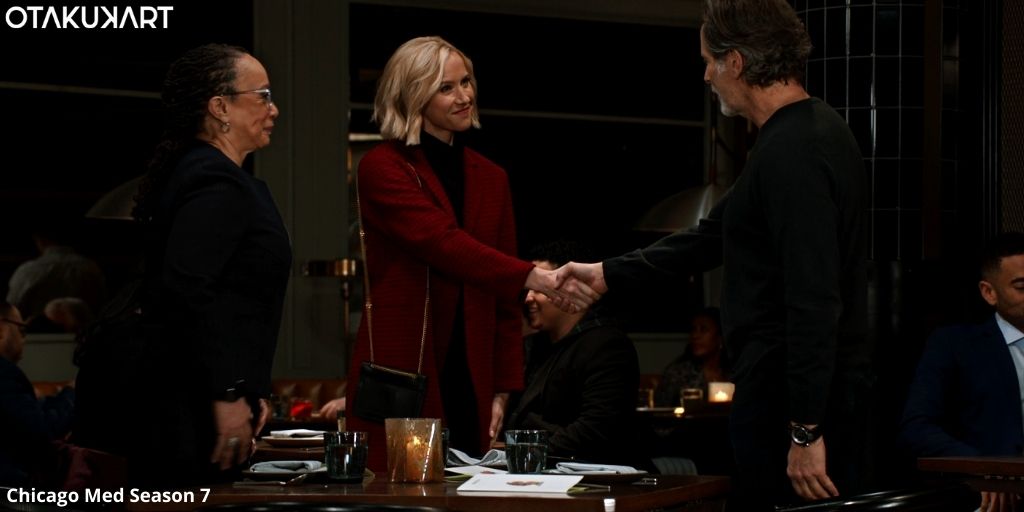 Things are about to get interesting on Chicago Med Season 7 Episode 17 as an old member of the hospital will make a comeback. Meanwhile, the previous Episode gave us a look at Will trying to find the right way to grow his money after paying off his debts. Taylor was not sure whether her chances of moving ahead with Dr. Shentu would be possible or not, whereas a patient at the hospital was worried about her daughter getting married.

On the other hand, Marcel had a really tough day when a baby girl was brought in needing an intestine transplant which was very difficult to get in infants. Another accidental case took the lives of a couple and their unborn child, which made the day even worse for Marcel. Meanwhile, Scott tried to help the undercover officer Milena by making sure her informant got discharged from the hospital in time.

The American television show, which is the third installment in the widely popular “Chicago” franchise, has been a major success since it first started airing. That is why the ongoing seventh season has also got the fans hooked, and they are now waiting to watch Chicago Med Season 7 Episode 17. However, let us first check out what the previous Episode was all about. 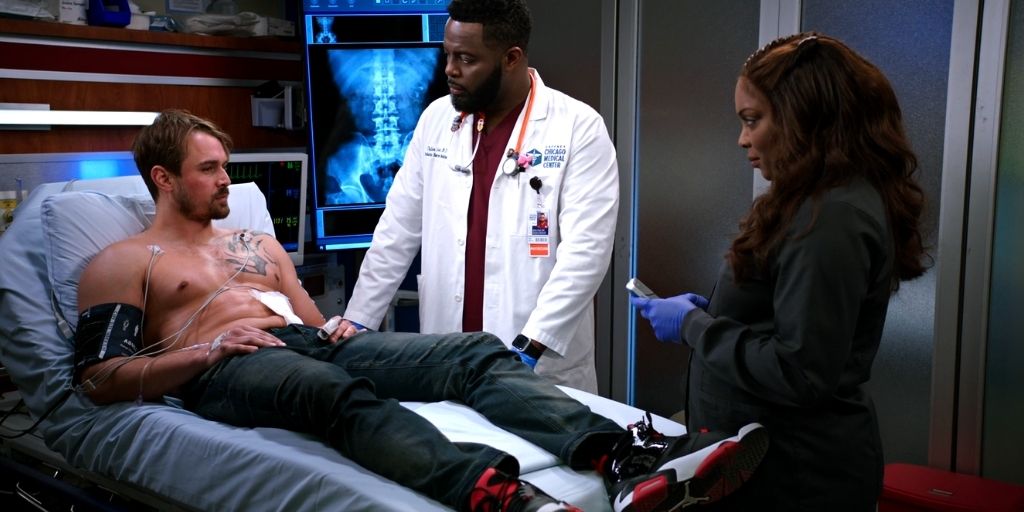 Episode 16 of Chicago Med Season 7 came out on 16th March 2022 and was titled “May Your Choices Reflect Hope, Not Fear”. The Episode saw Scott asking Marcel to take a look at a baby girl named Kayla, who was quite sick, and the issue was not clear. After examining Kayla, Marcel told her parents that he would have to perform surgery to see what was wrong with Kayla. Eventually, Marcel and Scott learned during the surgery that Kayla’s intestines were completely dead, and she needed a transplant.

Meanwhile, Taylor attended to another patient named Kiran Patel, who had trouble walking and didn’t have much movement in her legs. Later on, Taylor got help from a senior doctor to check what the issue was, but he didn’t find anything. So he suggested Dr. Charles take a look as it could be psychological too. Taylor was surprised to hear that Kiran’s daughter Varsha was going with an arranged marriage, but Charles told her that arranged marriages have been successful for centuries. Eventually, he found out that Kiran’s medical conditions were due to the stress of her daughter going with the arranged marriage.

She didn’t want that for Varsha since her own husband didn’t love her. On the other hand, Will examined another patient who had been suffering various problems since he survived covid. Dean had to go through the death of a husband and a wife at the hospital. However, the wife was 32 weeks pregnant, and Dean and Marcel asked the mother’s parents for consent to operate on her and deliver the baby to save her life. Even though the baby survived, the damage was already done, and the baby wouldn’t live any longer without the ventilator. So eventually, the grandparents said their goodbyes to the baby as well and decided to donate the organs. Fortunately, Kayla ended up getting the intestines from the baby, and Marcel led the surgery to make sure Kayla made out of the surgery healthy and well. 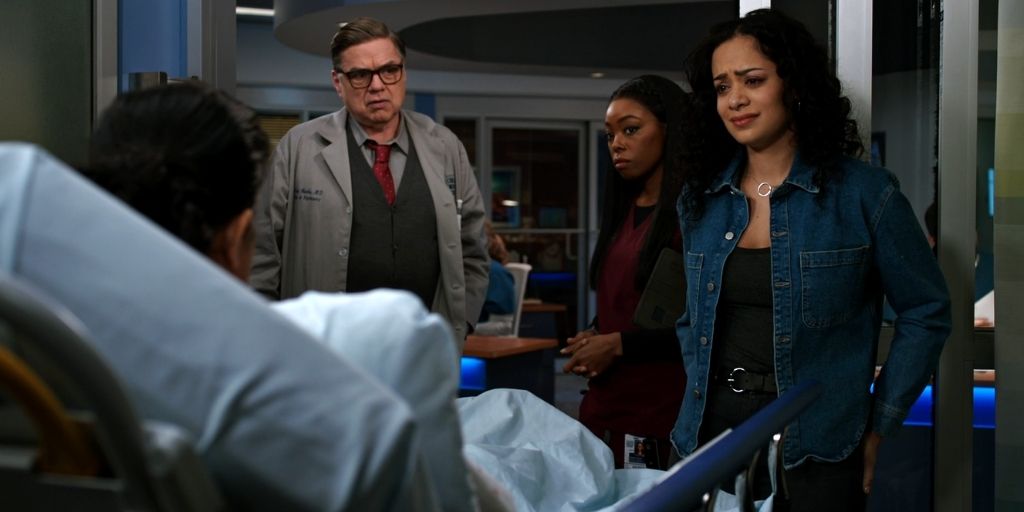 Moving on, Scott treated a patient who had come to the hospital after getting stabbed with a scissor. However, he soon got a text from Milena, who came to see him and asked him for a favor. She asked him to release the patient on time as he was her informant on the ongoing drug bust case. So he changed his mind about preparing the man for surgery and gave him a green signal for discharge which was suspicious for Maggie. However, the patient came back to the hospital later, injured even more, and Scott realized he should not have let him leave. In the end, we saw Sharon and Dean meet Dr. Hannah Asher and welcome her back to the hospital after she had proven that she was ready to take the responsibilities at the hospital.

Chicago Med Season 7 Episode 17 will release on 6th April 2022 at 8 pm ET on NBC. In addition to that, the Episode will be titled “If You Love Someone, Set Them Free”. The Episode will give us a look at how Dr. Asher adjusts to the hospital after her return.

Chicago Med Season 7 airs on NBC at 8 pm ET every Wednesday in the United States. Furthermore, the new episodes also stream on Peacock. The show is available to watch on Youtube TV, Hulu, and Amazon Prime Video. Meanwhile, the show airs every Wednesday at 9 pm ET on Citytv in Canada. The viewers in the U.K. can watch the show on Sky.